Gaziantep is home to Gaziantepspor football club.  In 2017 they moved into a new stadium on the outskirts of the city.  But what happened to their former stadium?  In September 2018 I visited the abandoned Kamil Ocak Stadium where Gaziantepspor played for over 40 years.  It was scheduled for destruction the following month.

If you visit Gazientep, I highly recommend you stay 2-3 nights.  As a result you can visit Gazientep attractions as well as enjoy the best Baklava in the world. 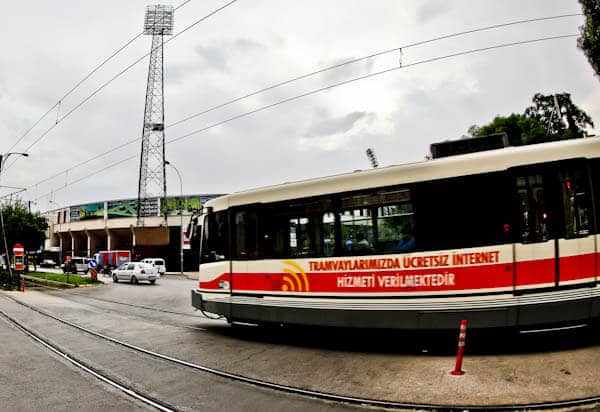 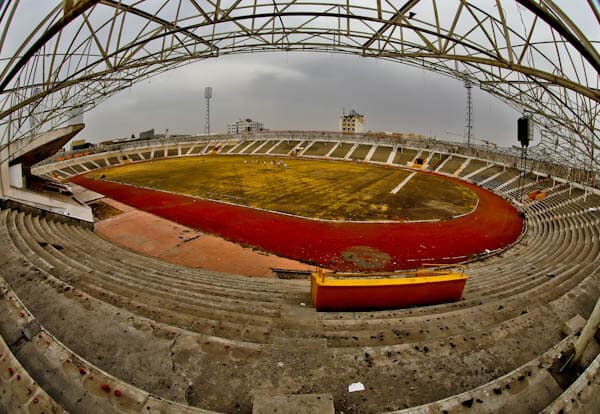 Kamil Ocak Stadium is named after a former Turkish minister of sport who was born in Gaziantep.  Furthermore, it had a capacity of 16,981.  It was built in 1974 and served as home to Gaziantepspor until 2017.  In 2017 they left the stadium for a modern 33,000+ seater on the outskirts of Gaziantep. 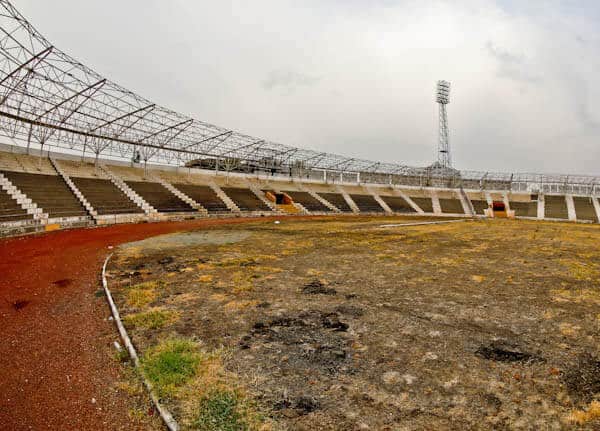 Imagine that your favorite football team stopped taking care of their pitch?  Emirates Stadium has arguably the best pitch in the Premier League.  The pitch at the Gaziantep Stadium is an example of what would happen to it if it was abandoned.  Not only has the pitch been abandoned but locals were using it to play friendly football games. 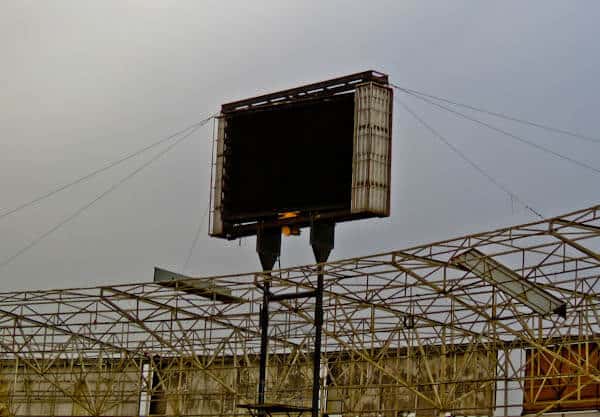 A modern scoreboard was part of the original stadium built in 1974.  Today, I would describe this as a retro scoreboard.

Stadium with a View 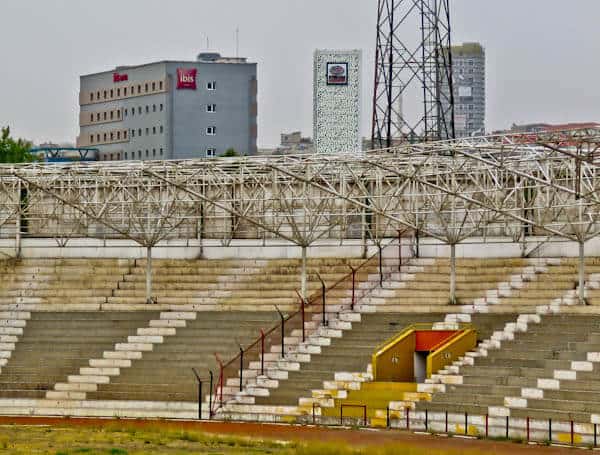 Several Gaziantep landmarks are visible from the stadium.  One such landmark is the IBIS Gaziantep which is excellent value for anyone visiting the city.  Read about the Radisson Blu in Diyarbakir, Kurdistan.  Perhaps one of the cheapest Radisson Blu hotels in the world! 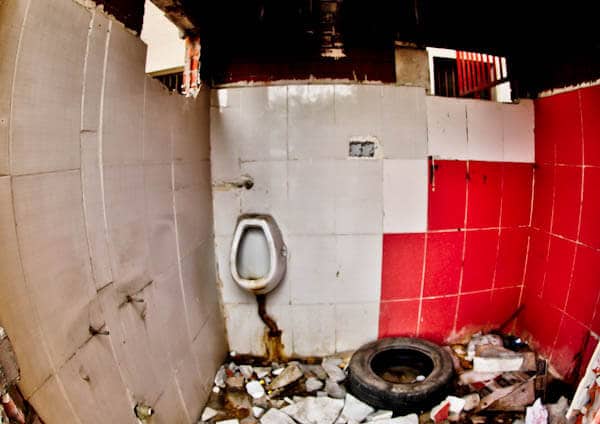 At one time, the public toilets would have been a busy place.  Especially so at half time during a match.  Today however, like the rest of the stadium, they have been left in a state of disrepair.  Still, they are just as inviting as the current toilets in place at CSKA Sofia Stadium, Bulgaria. 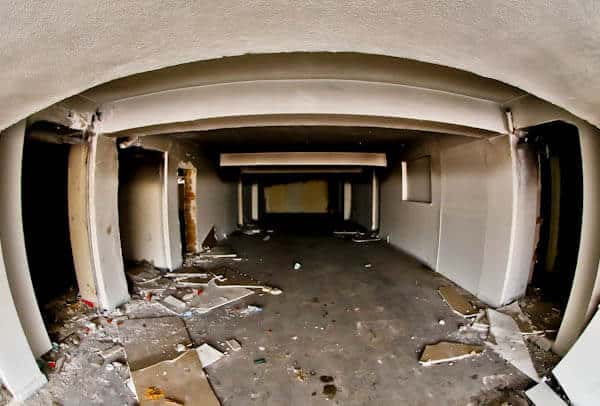 Gaziantepspor players tunnel now looks like something from an apocalyptic movie.  The Players Tunnel may spook you, especially if you’ve recently watched an episode of The Walking Dead.  Finally, it’s hard to believe that former Chelsea star, Didier Drogba walked through this players tunnel when he visited with Galatasaray in 2013. 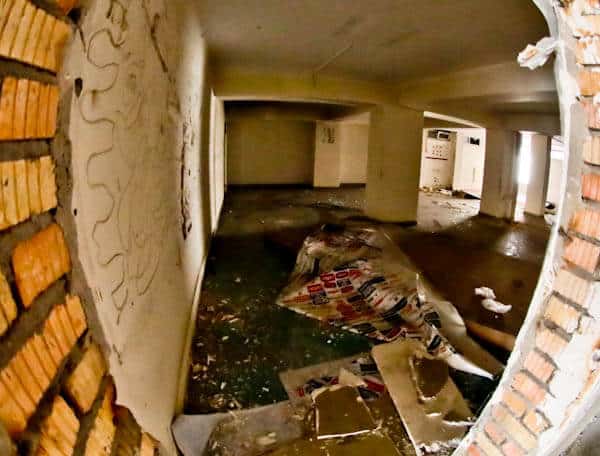 For those brave enough to walk into the players tunnel, you’ll be rewarded with a look into the former dressing rooms.  As a matter of fact, the sponsors for the flash interviews are still visible within the rubble.  Gaziantepspor played in the Turkish Super League for a decade at the start of the 21st century.  For this reason, several top Turkish sides have visited including, Galatasaray, Fenerbahce, Besiktas and Konyaspor. 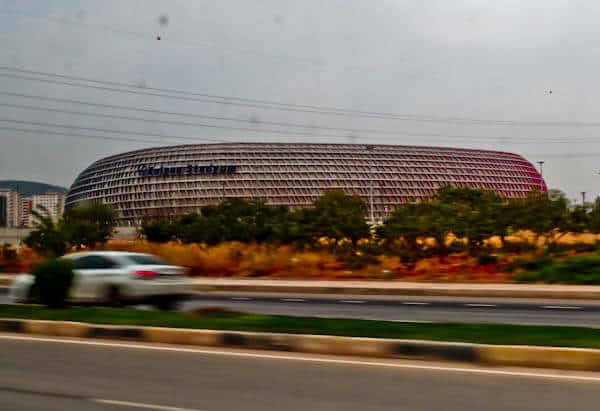 Gaziantepspor moved to the Gaziantep Arena in 2017.  It has a capacity of over 33,000 spectators.  The exterior is decorated with mosaics as this area of Turkey is famous for them.  Although it’s an ultra modern stadium, the location 10 km from Gaziantep makes it feel apart from the city.

Enjoy your visit to Gaziantep, Turkey 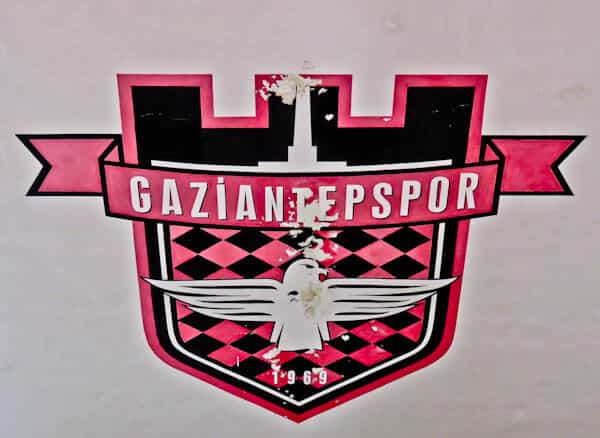 Unfortunately, the abandoned Gaziantep stadium no longer exists.  However, you can always visit the new Gaziantepspor stadium.  In addition, Gaziantep is famously home to some of the best baklava in the world!

Did you know the largest stadium in Bulgaria is also abandoned?