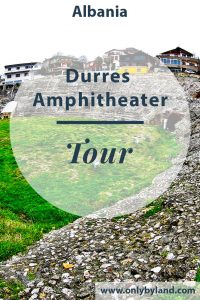 The Roman Amphitheater of Durres Albania is one of the least known amphitheaters of the world.  Nonetheless, it’s definitely worth a visit, reasons to enter include; 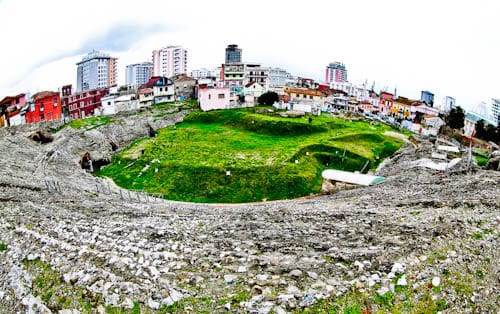 The Roman Amphitheater of Durres is located in the center of Durres, a short walk from the beaches.  If you’re visiting Durres especially to see the amphitheater, then I recommend staying in the Amfiteatri Hotel next door.  You will enjoy 24 hour panoramic views of the amphitheater as well as a 1 minute walk to the entrance.  The amphitheater had a capacity of 18,000 spectators and also includes a chapel with mosaics.  It was lost and buried until 1966, with the result that it’s surrounded by houses.

How do you lose a huge Roman Amphitheater? 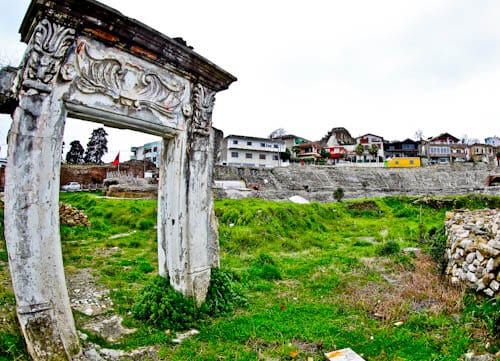 Historians knew of a huge Roman Amphitheater in Durres but didn’t know exactly where it was.  In the 2nd century it was a brand new 18,000 seater stadium, so how did it become buried?  Pula Arena in Croatia never got lost!  As a result of several earthquakes followed by Ottoman rule, the amphitheater became buried.  It wasn’t until 1966 that a man gardening noticed a tree was sinking.  On further investigation, the tree was sinking into a Roman amphitheater, consequently, excavation of the amphitheater began.

Former Albanian dictator, Enver Hoxha was more interested in building nuclear bunkers than preserving this amphitheater.  For this reason, after excavation it became abandoned.  It wasn’t until the 21st century that preservation work began by UNESCO.  According to UNESCO, the amphitheater is one of the most endangered cultural heritage sites in Europe. 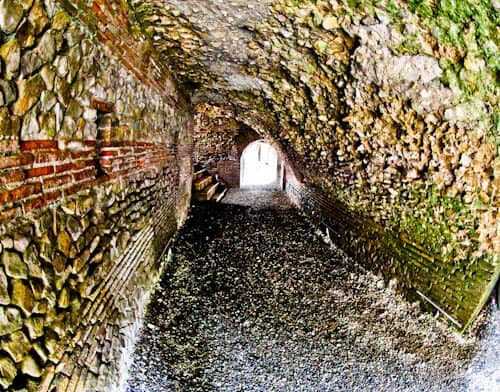 It’s interesting to explore the underground area below the seating.  There are 1800 years of history in these tunnels.  Imagine the death associated with the amphitheater from gladiator fights involving animals to religious persecution.  Who knows, maybe the earthquakes also claimed lives here?  You may experience an eerie feeling whilst exploring the underground. 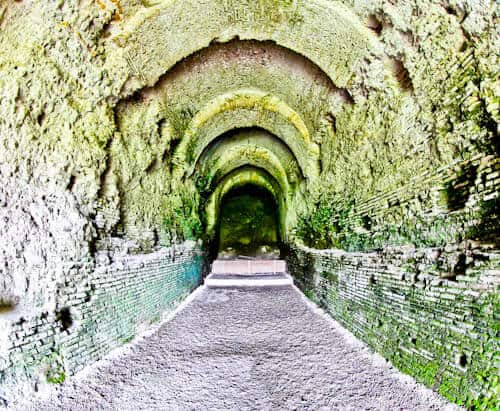 The amphitheater was built in the 2nd century at the height of Gladiator popularity.  I could not imagine the animals and Gladiators which have passed through the huge tunnel entrance.  Thankfully, the huge tunnel has been preserved and leads directly to the arena (which is now grass).  Unfortunately the other side of the tunnel leads to the foundations of the urban surroundings.  Nonetheless, it’s an impressive entrance to the historic Roman amphitheater.

Explore the Roman Amphitheater of Durres like Indiana Jones 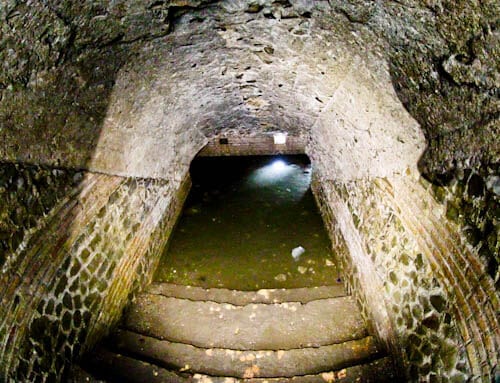 If you’ve visited the Colosseum in Rome you may have been frustrated that the majority of it is cordoned off.  In the Roman Amphitheater of Durres however, you’re free to explore wherever you want.  Feel free to let your inner Indiana Jones roam free and explore every part of the underground!  Hang on, maybe this is the reason it’s listed as endangered by UNESCO?  You will see clear effects of the earthquake damage, mainly through uneven tunnels.  In addition, it’s regarded to be an unsafe structure so take care as you explore. 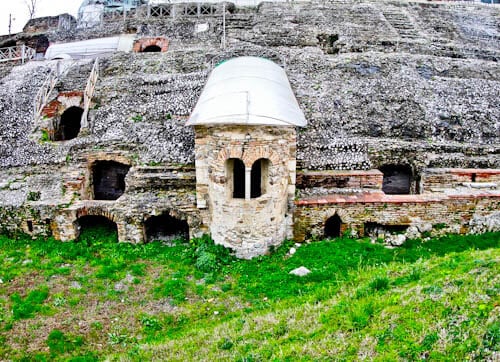 In the 4th century during the period of Byzantine Christianity, a chapel was built into the amphitheater.  When you enter the chapel there is a cross engraved into the wall as well as mosaics.  Could this chapel be one of the reasons the Ottomans buried the amphitheater and it became lost? 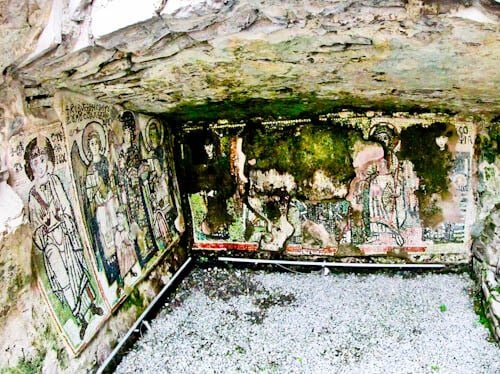 The famous mosaics of the Roman Amphitheater of Durres are located inside the chapel.  In fact this is the only area which is cordoned off.  Personally, I think they need to do a little more than corden off the area to preserve these mosaics.  These are one of many reason that UNESCO labeled this site as one of the most endangered in Europe.  Nonetheless, it’s interesting to see mosaics in their original state.

Enjoy your visit of the Roman Amphitheater of Durres

I recommend visiting early morning or late evening when it’s quiet.  Furthermore, try visiting off season.  I was there early morning in November and had the whole amphitheater to myself.