Things to do and Photograph in Ankara Turkey

Ankara is the capital city of Turkey and also a top tourism spot.  Things to do in Ankara Turkey include the following attractions;

Hotels in Ankara are excellent value for a capital city.  It’s a spread out city however, therefore choose your location wisely. 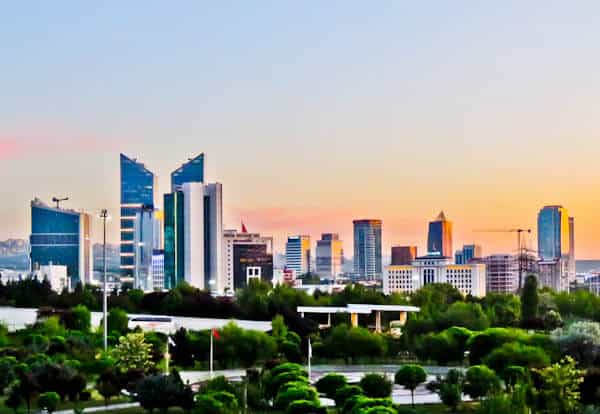 One of the most common questions you’ll ask; is Ankara Turkey safe?  When I visited in 2018 it was safe.  In addition, the cost of living is low therefore you can enjoy Ankara in luxury as well as on a budget.  A possible danger could be to photograph military buildings which is prohibited.  As a result, you could end up in trouble with the Turkish military.  Another common question; is Ankara Turkey in Asia or Europe?  Ankara is east of Istanbul and therefore part of Asia. 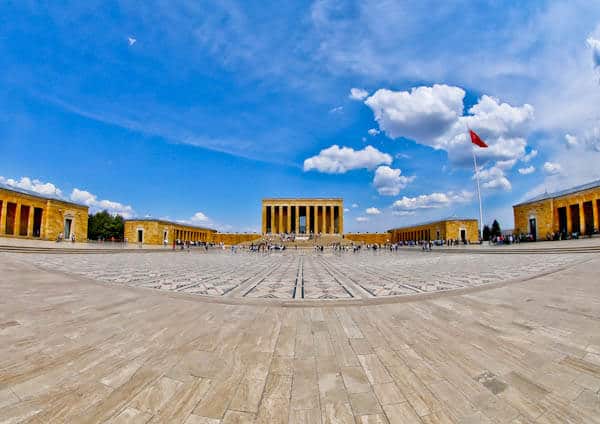 The top thing to do in Ankara is visit Anitkabir.  Anitkabir is the mausoleum of Mustafa Kemal Ataturk.  Ataturk was the leader of the Turkish War of Independence as well as the first president and founder of modern day Turkey.  For this reason, you’ll see many locations around Turkey named in his honor.  Finally, the Anitkabir complex features several towers, statues and museums surrounding the huge square.

In nearby Konya is the mausoleum of the famous Persian poet, Rumi. 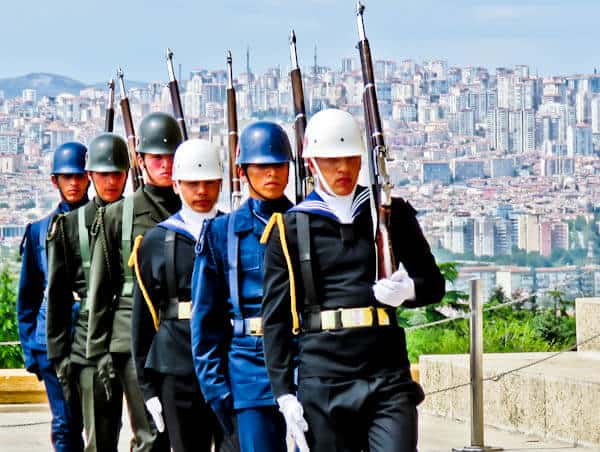 Ceremonial guards are located throughout Anitkabir and of course they’re guarding the mausoleum.  They periodically march through the square.  Photographing the guards is permitted and you can also take a photo beside one.  As a matter of fact, you’re permitted to snap a selfie with one of them! 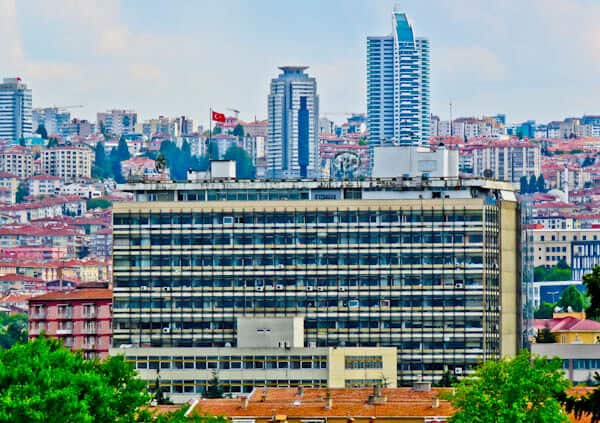 Turkey boast one of the largest militaries in the world.  An interesting part of Ankara is home to several military buildings.  If you take a walk along Ismet Inonu Boulevard you’ll pass several military and government buildings.  Take note of the signs which indicate that photography is strictly prohibited.  If you sneak some photos you could get into to trouble with soldiers and government personnel.  However, one military building you can photograph is the War of Independence Museum. 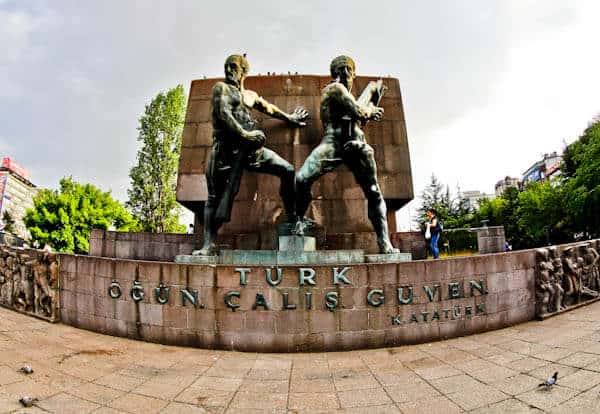 The center of Ankara is Kizilay Square.  This square is full of monuments, gardens as well as the main intersection of the cities 2 main metro lines.  Surrounding the square are hundreds of shops, restaurants and cafes.  In addition, you’ll see several kiosks selling freshly squeezed orange juice. 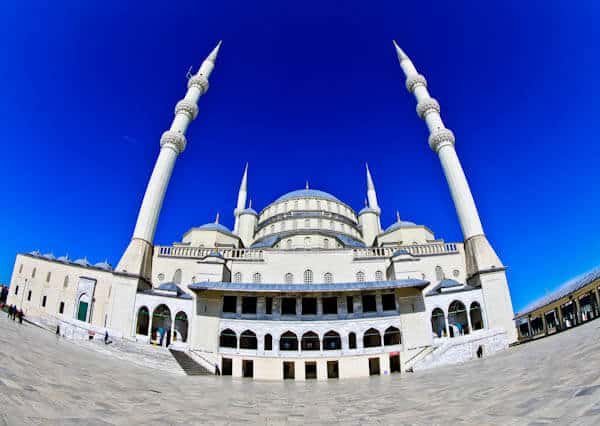 Kocatepe Mosque is the biggest mosque in Ankara.  Furthermore, it’s bigger than the famous Blue Mosque of Istanbul.  As a matter of fact, due to its huge size, it’s best viewed from a distance.  When you visit Anitkabir, you’ll see this huge mosque dominates the Ankara skyline.  It’s a relatively new mosque as it was built in the 20th century.  Moreover, its architecture style is modern Islamic.  Finally, at night it’s lit up beautifully. 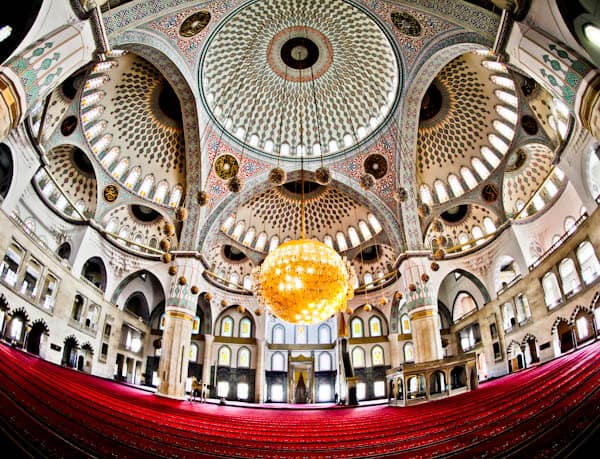 Do you need to visit the Kocatepe Mosque as it’s better viewed from a distance?  A good reason to visit is to see the stunning interior.  As Ankara does not receive many tourists it’s highly likely you will be alone in this beautiful mosque.  It’s free to enter and you’re welcome to explore it for as long as you want.  All you must do is obey the dress code as well as behave respectfully.  Those who appreciate artwork could spend hours exploring the interior.  There are over 200 stain glass windows in addition to the intricate artwork and chandeliers throughout the building. 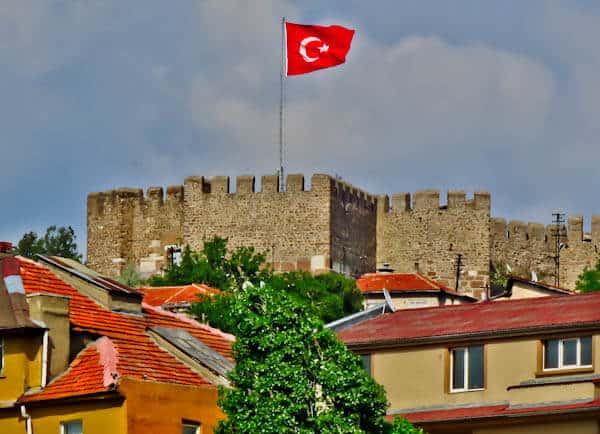 Ankara Castle has been used throughout several eras.  It was a strategic location used by the Roman Empire as well as the Byzantine, Selcuk and Ottoman Empires.  Today however, the castle is a popular Ankara attraction for tourists.  In addition, it’s visible from most of the city.  It’s located on a hill overlooking Ankara and is best reached by taxi. 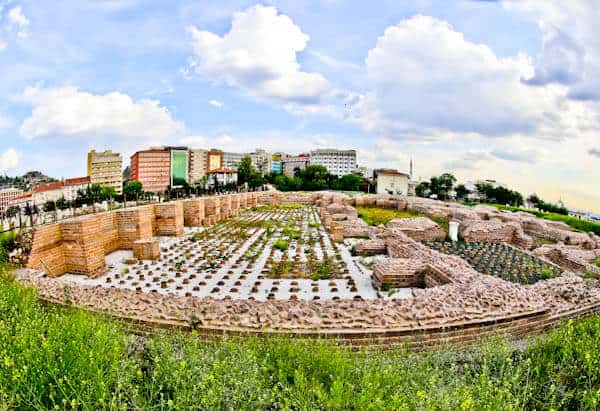 The Roman Baths of Ankara were built in the 3rd century under the rule of Roman Emperor, Caracalla.  It’s fascinating to see a historic Roman sight surrounded by modern day Ankara.  Some of the excavations can be viewed from a platform but others you’re free to walk in and around. 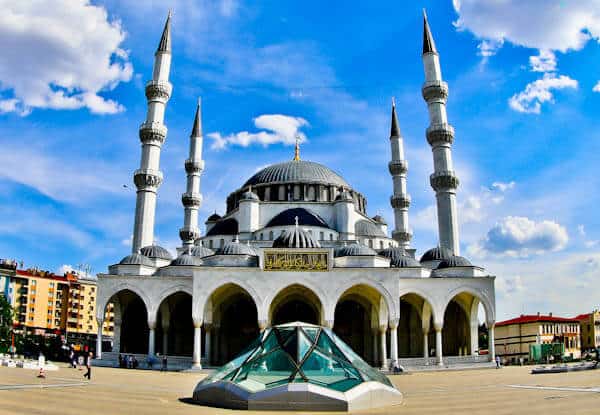 Kocatepe is the famous mosque of Ankara and indeed Turkey.  However, there’s a smaller but equally as impressive mosque to visit called Osmanli Camii.  This mosque photographs beautifully from the surrounding gardens as well as from directly in front of it. 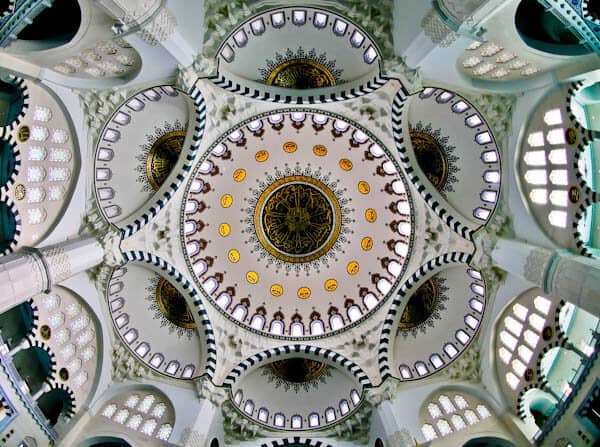 Be sure to visit the interior of Osmanli Camii as the domes feature some very detailed artwork.  Lastly, avoid visiting at prayer times and enjoy having the mosque to yourself. 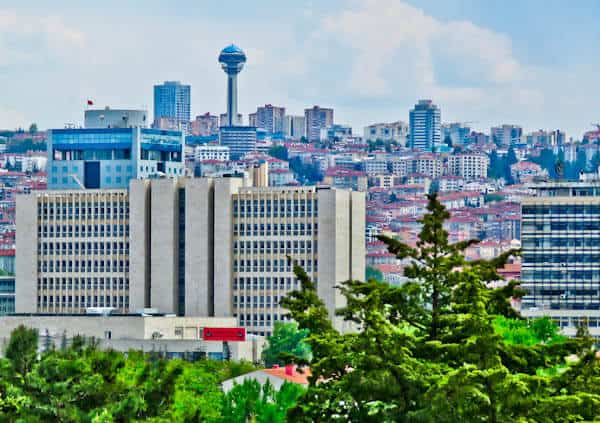 Atakule is one of the most identifiable landmarks of Ankara.  It opened in 1989 and the viewing terrace offers panoramic views over Ankara.  I recommend visiting late afternoon to witness the Ankara sunset. 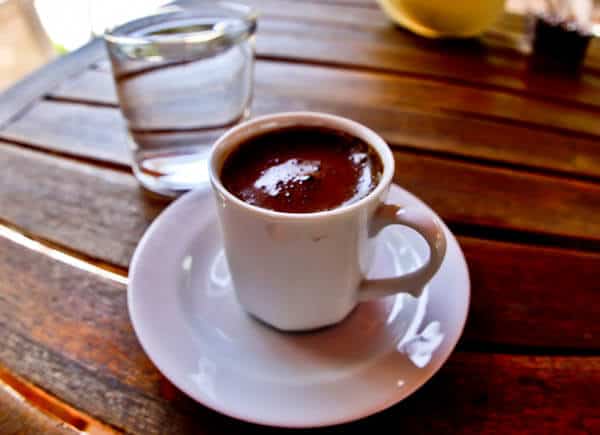 As you walk through the streets of Ankara you’ll pass hundreds of cafes.  Turkey is famous for both its tea and coffee.  Moreover, Ankara gets quite hot therefore take your time and enjoy a few tea / coffee stops.

How to Travel from Ankara to Cappadocia (Goreme via Nevsehir) 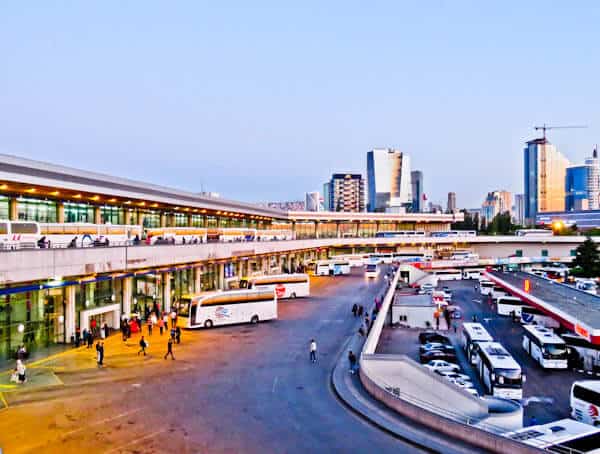 If you’re in Ankara and you wish to visit Cappadocia you must first travel to Nevsehir.  Once in Nevsehir, transfer to a local bus to Goreme.  Kamil Koc serve the route from Ankara to Nevsehir.  You can buy your tickets online, alternatively, you can visit their counter in Ankara Otogar.  Lastly, the picturesque journey to Goreme, Cappadocia from Ankara takes around 3 hours.