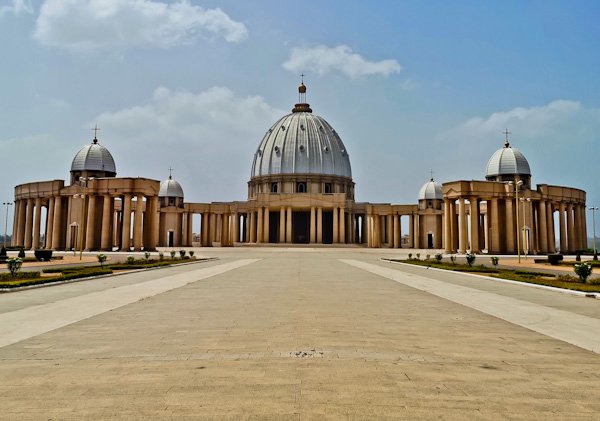 Firstly, I must mention the Basilica was constructed under President Felix Houphouet-Boigny.  He was the first president of Ivory Coast from 1960 when they gained independence from France.  You’ll see his name associated with many monuments throughout Ivory Coast.  Felix Houphouet-Boigny was born in Yamoussoukro and this building definitely puts it on the map.  Now, look at the exterior, it’s a smaller, more peaceful version of St Peter’s Basilica in Vatican City.

How Tall is the Basilica of Yamoussoukro? 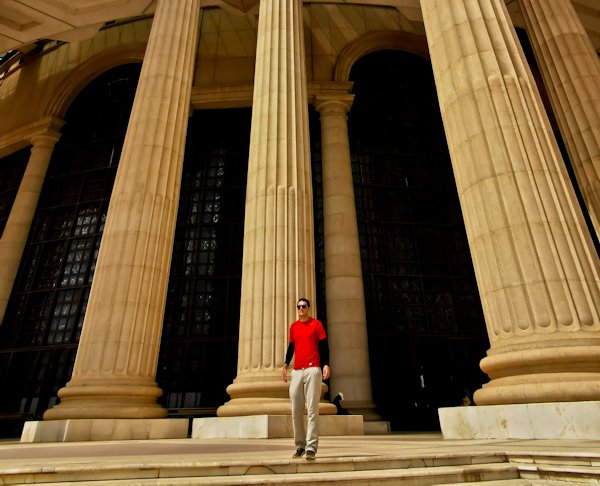 I’m standing under one of the enormous pillars to give an idea how tall the Basilica of Yamoussoukro is.  At 158 meters tall, this is the worlds tallest domed church. 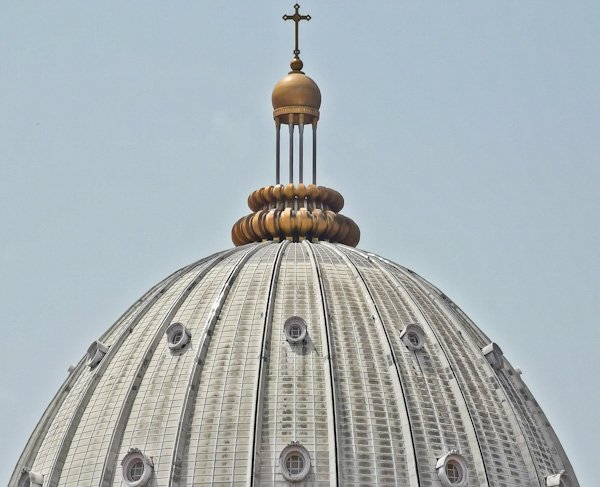 An interesting fact about the dome is that in respect to the Pope’s wishes, it’s lower than St Peter’s.  However, with the cross added on top, it is in fact taller.  Additionally, it’s one of the largest dome structure in the world.

Visit the largest masonry dome in the world in Florence, Italy.  Alternatively, if you’re feeling adventurous, visit the huge Dome of Soltaniyeh in Iran.  Of course, there’re also the famous domes of Hagia Sophia in Istanbul as well as the Pantheon in Rome. 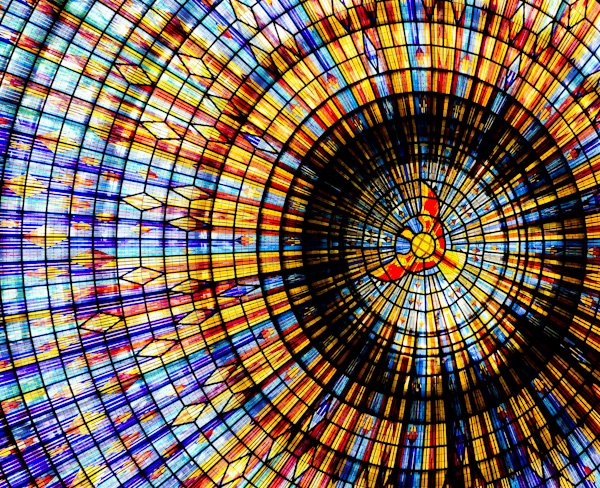 If you were impressed with the dome from outside then you’re in for a treat when you look up at it from the inside.  As a result of the detailed stain glass windows this is by far one of the most beautiful Basilica domes in the world.  What’s more, you can take a ride up a pillar elevator for a closer look. 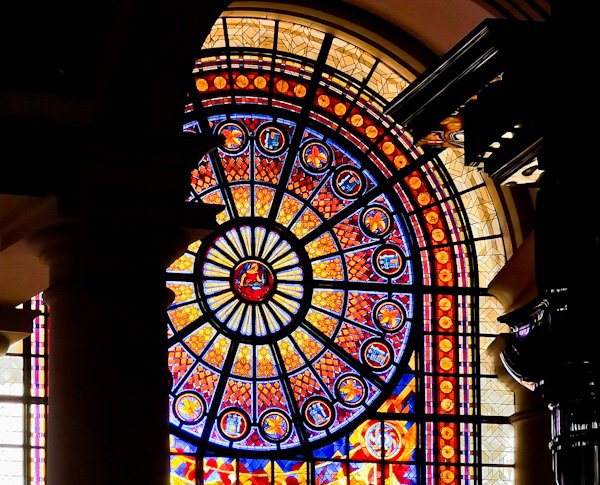 Intricately detailed stained glass windows will face you wherever you look in the Basilica of Yamoussoukro.  As a matter of fact, over 8000 square meters of stained glass was imported from France! 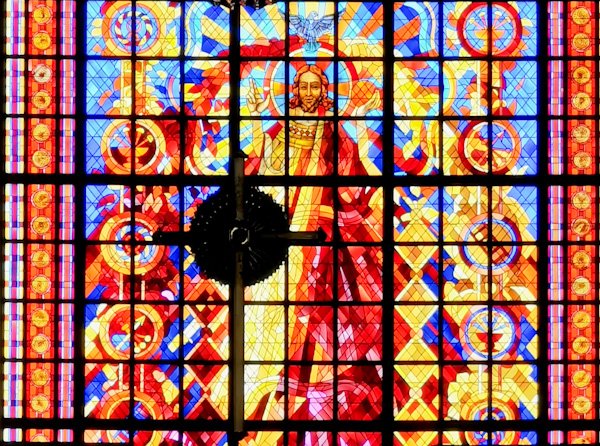 Over five thousand different shades of stained glass feature in the designs. 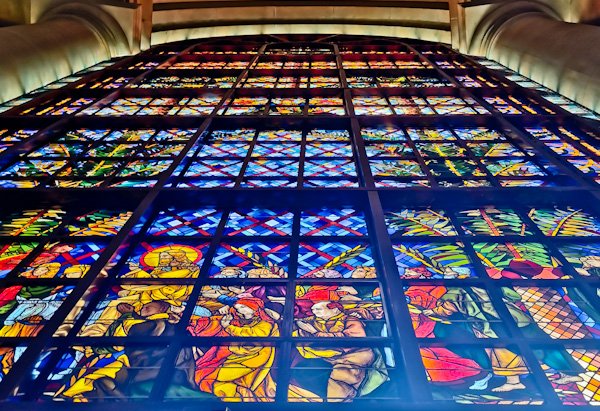 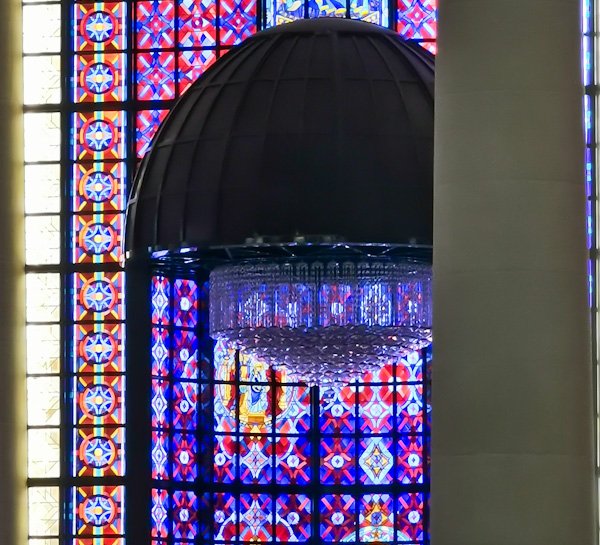 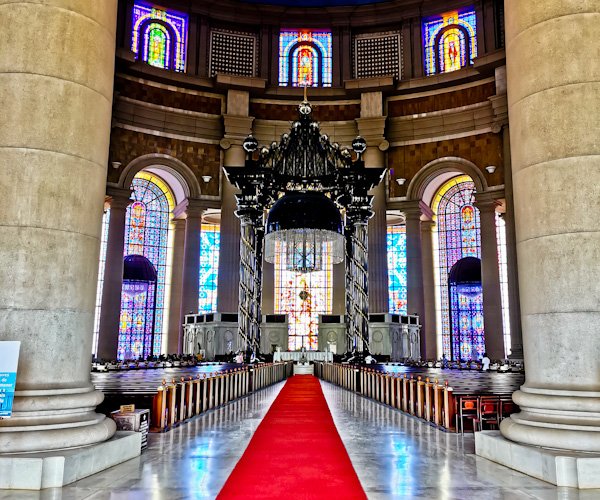 The Basilica of Yamoussoukro features a central nave.  A red carpet leads you to it.  Imagine how this interior looks when full to its capacity of 18000 worshipers.  Lastly, all the marble was imported from Italy. 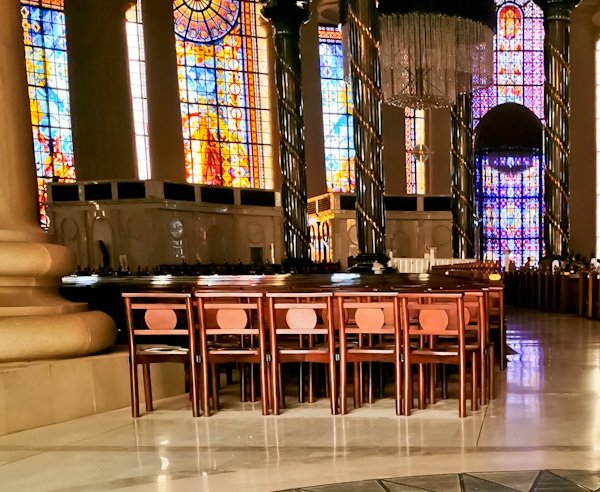 At first glance the Basilica seating doesn’t seem special.  However, your guide will explain that each seat has it’s own air conditioning.  For this reason, you can forget about the hot weather outside! 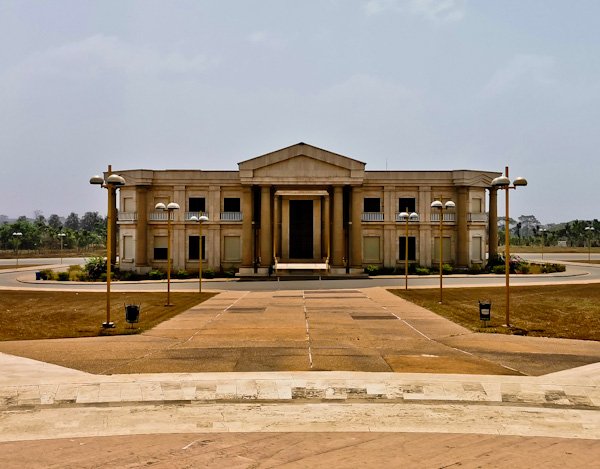 When the Pope visits the the Basilica of Yamoussoukro where does he stay?  He has his own residence of course.  And this is permanently reserved for his exclusive use.  Guests are not permitted to enter but it wouldn’t surprise me if there were huge frescoes painted throughout! 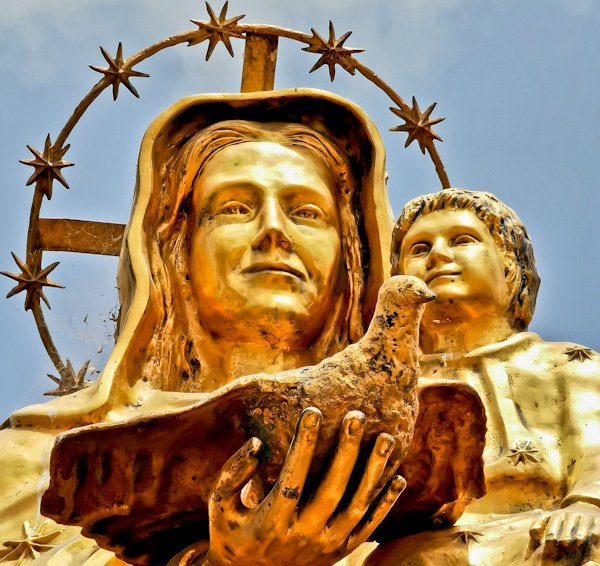 A golden Baby Jesus and Mary statue reward those who embrace the heat and walk the gardens.

Bird-watching at Basilica of Yamoussoukro 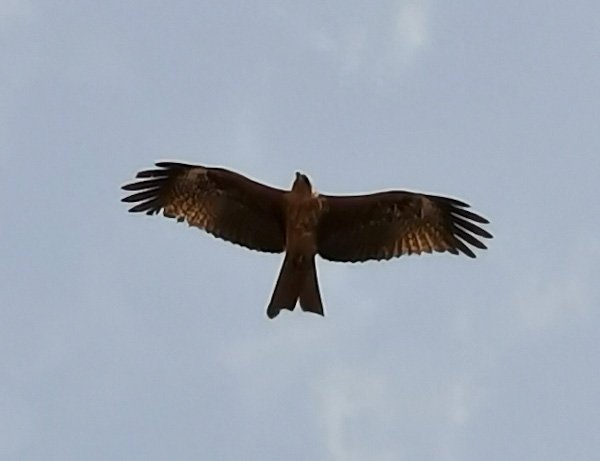 I couldn’t help but notice a Black Kite fly overhead when I was exploring the Basilica gardens.  Maybe he was waiting for me to collapse in the heat?  Apologies for the poor photo quality as it’s a mobile phone shot. 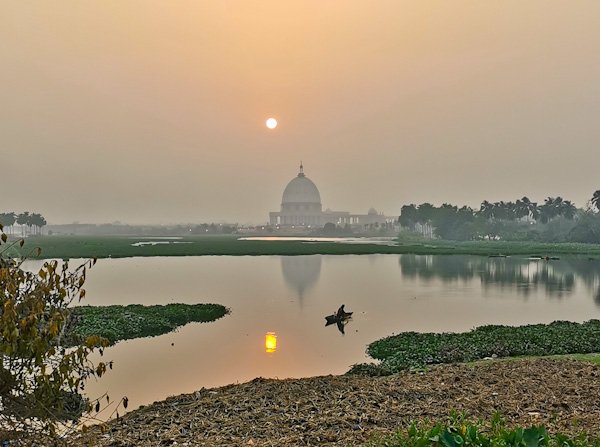 For me, the basilica at sunset is one of the most beautiful views in West Africa.  Unfortunately, it was hazy the day I visited.  Pray for a clear day on your visit.  Around here you’ll find the best reflection views and with a bit of luck there’ll also be fishing boats to enhance the sunset experience. 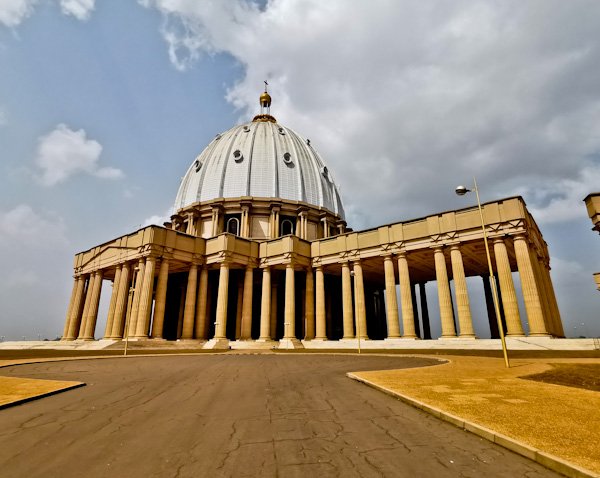 Outside the Basilica of Yamoussoukro you’ll witness extreme poverty.  Many will argue the enormous amount of money spent constructing and maintaining this building could have been put to better use.  Maybe so, but a 2 hour visit is certainly a memorable one.