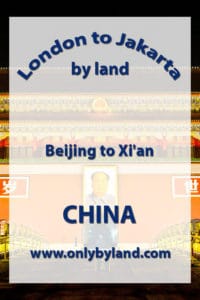 Beijing is the capital city of China and one of the largest cities in the world.  Beijing offers the following points of interest for tourists and photographers;

China manipulate the value of their currency, the Yuan.  This is good for tourists as it makes it cheaper for us to visit, hotels in Beijing are very good value for money.  Beijing is huge so choose a hotel close to the points of interest you want to visit, you may consider a hotel close to Tiananmen Square and the Imperial City. 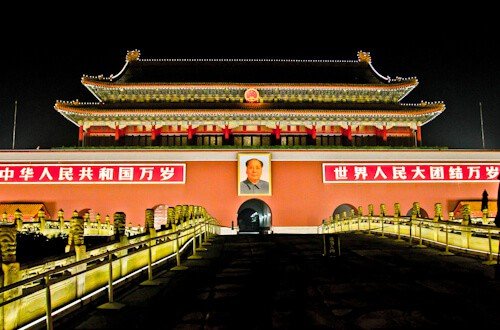 If you are visiting Beijing for the first time, then you’ll want to photograph the Gate of Heavenly Peace (above).  There are several points of interest within walking distance of the gate.  On one side of the Gate of Heavenly Peace is the Forbidden City and on the other side is Tiananmen Square.  If you stay in a hotel near the gate then it’s unlikely you’ll need to use public transport during your stay (only to the airport or train station).  The metro in Beijing is very easy to use, taxis use their meters and are good value too.

One point of interest which is worth getting on the metro to go and see is the National Stadium, known as the Bird’s Nest.  The Bird’s Nest was made famous whilst hosting the Beijing Olympics.  There are daily stadium tours, if you aren’t interested in a tour then the exterior of the stadium still makes very Instagrammable images. 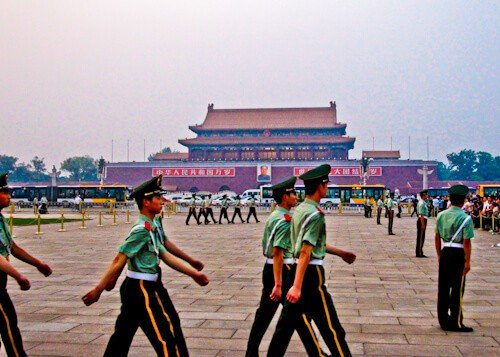 There is a famous song called 9 million bicycles by Katie Melua which a lot of people think of when you mention Beijing.  However, after visiting Beijing I didn’t notice a huge amount of bicycles! 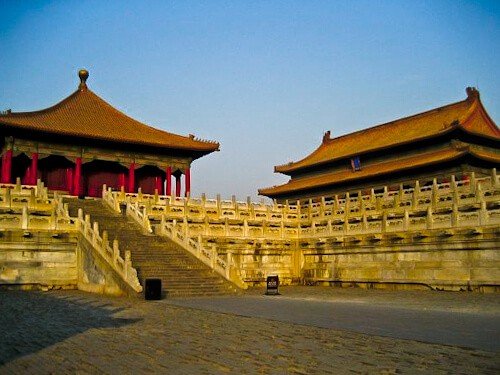 After walking through the Meridian Gate you will enter the Forbidden City.  The Forbidden City was the Imperial Palace used by the Dynasties of China from 1420 to 1912.  It is a UNESCO world heritage site and contains the most amount of preserved wooden structures in the world, over 980 in total.  I would recommend visiting the Forbidden City early to avoid huge crowds (above). 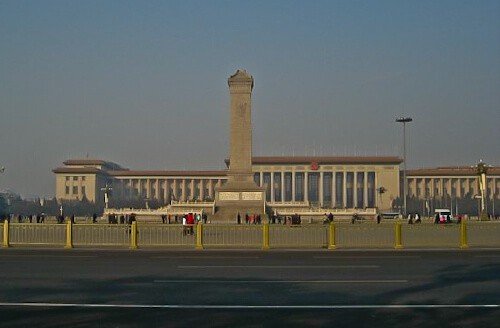 You’ll see statues of the former leader of China, Mao Zedong, everywhere in China, he’s even the face on the Chinese money, the Yuan.  You can visit the preserved body of Mao Zedong in the mausoleum situated in Tiananmen Square.  This building is officially called the Chairman Mao Memorial Hall but it more commonly referred to as the Mausoleum of Mao Zedong.  There are no photos allowed in the building and I wouldn’t risk sneaking a photo as there are lots of guards and the Chinese are quite strict.  If you want bragging rights to having seen the real Mao Zedong then you must visit the mausoleum.

Beijing is polluted, I was there for 2 nights and had a sore throat from the dirty air.  You can see the pollution in the air (above), if you are sensitive to pollution you may consider wearing a pollution mask which they sell in most convenience stores. 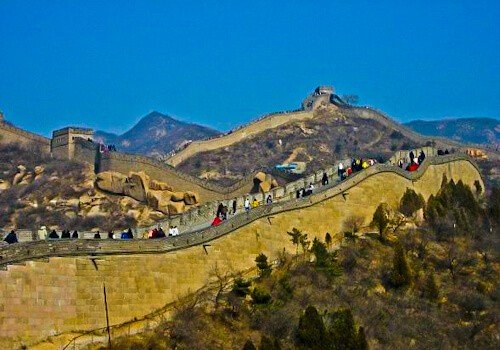 The Great Wall of China

The Great Wall of China is probably the most famous place to visit in China, here are some great wall of China facts;

The train from Beijing to Xi’an is an overnight service.  I traveled in second class and the train had 6 berths per open cabin, not many foreigners travel by train so the Chinese are curious and will want to meet and talk to you.  There will be a few who can speak English who will probably become your translator on the journey.  Since my visit a new high speed rail link has opened between Beijing West Railway Station and Xi’an which makes the 1200 km journey take less than 5 hours so it looks like this overnight journey I took is a thing of the past in China.