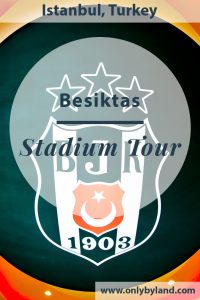 Besiktas are one of the top 3 Istanbul teams.  In fact they are multiple winners of the Turkish Super League.  Reasons to take a Vodafone Park stadium tour whilst in Istanbul include;

I was staying at Hotel Momento Golden Horn which was just a few stops from Vodafone Park by tram. 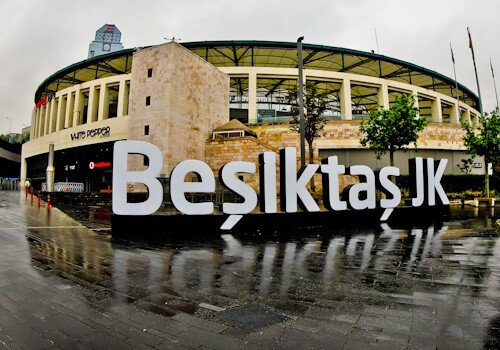 Vodafone Park is opposite Dolmabahce Palace in the Besiktas district of Istanbul.  In addition it’s a short walk to Taksim Square and the main shopping street of Istanbul.  The easiest way to get to the stadium is by the Istanbul Tram.  Simply take the tram to the last stop, Kabatas and it’s a 5 minute walk.  Due to its proximity to historic buildings, the stadium was designed to fit into its surroundings.  For this reason, it was designed to look like the Colosseum in Rome.  However, I would say it resembles Pula Arena more than the Colosseum. 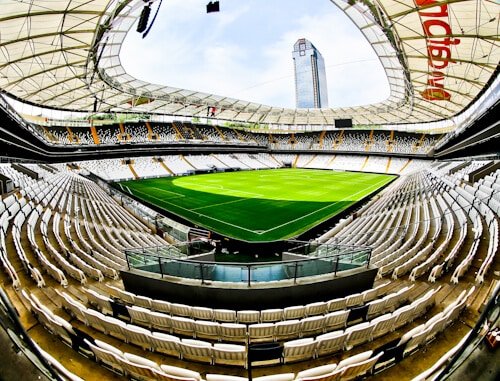 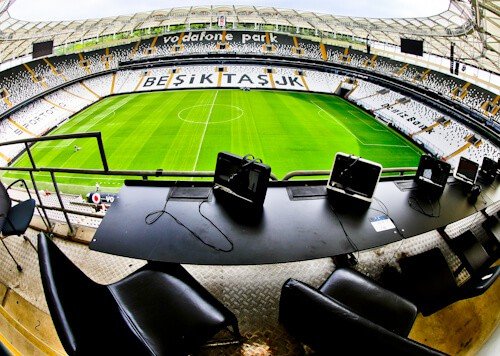 VIP seats in the stadium are some of the most advanced in the world.  Each seat comes equipped with an interactive HD monitor.  You can watch a live TV broadcast as well as access the latest player information and statistics etc…  In addition, there are several stadium vision monitors as well as WiFi for those not sitting in the VIP section. 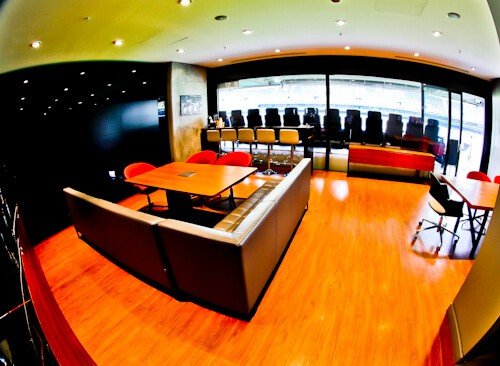 Vodafone Park has 144 executive suites for those who wish to watch a game in style.  As part of the tour you’re not permitted to enter a suite but you may peer through the entrance and take photos. 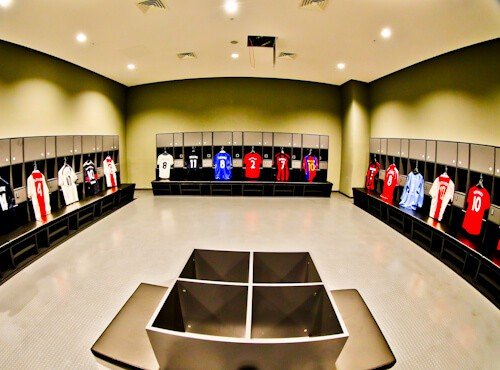 The away team dressing room is plain, uninviting with the intention of being un inspiring for visiting teams.  As Besiktas regularly feature in the Champions League, many famous players have used this dressing room.  Famous teams such as Arsenal, Manchester United, Bayern Munich, Napoli, Porto and Monaco have all visited these changing rooms.  You’re invited to sit down next to your favorite visiting teams shirt and take pictures. 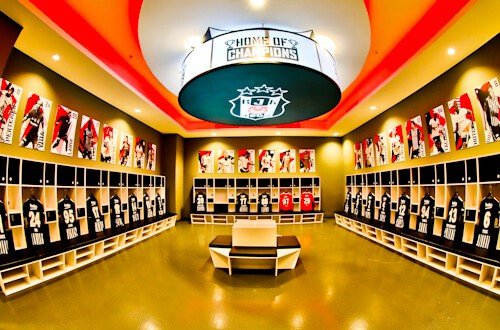 As you would expect in a modern stadium, the home team changing rooms are equally as modern.  Each player has his name and picture above his locker, as a result it’s much more inspirational than the away locker.  Additionally players are reminded they are in the home of the champions.  Besiktas are multiple champions with much success coming in the Turkish Super League as well as the Turkish Cup.

Besiktas FC have a players tunnel which extends out onto the pitch.  Unfortunately you’re not permitted to step onto the pitch but you can walk as far as the sidelines.  The reason for the extendable players tunnel is for players (and officials) security.  Turkish football can get quite heated and fans are known to throw objects onto the pitch.  In fact it was at this stadium in April 2018 when a Fenerbahce fan threw an object at the Besiktas manager, injuring him in the process. 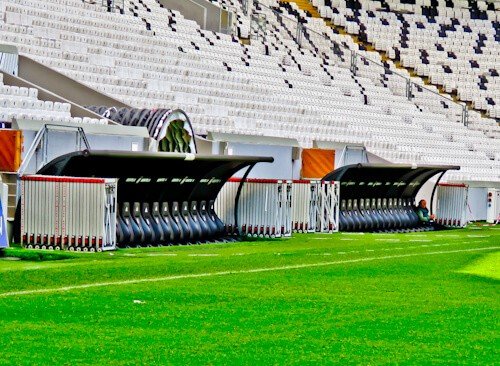 As part of the tour you may visit the pitch as well as the dugouts.  Famous Croatian, Slaven Bilic from Hajduk Split was the manager of Besiktas and you can sit where he has sat.  Famous players who have sat on the bench include Pepe, Adriano, Demba Ba, Ryan Babel and Mario Gomez.  Additionally, feel free to pose for as many pictures as you want in this area. 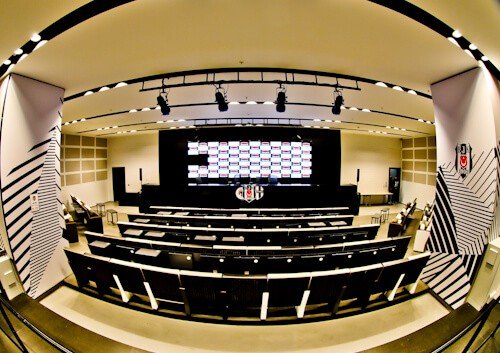 The press room is where Besiktas football club announce new signings.  For example, they announced the signing of Pepe from Real Madrid here, he also appeared for a press conference.  In addition Champions League press conferences are held here.  As part of the tour you’re invited to sit where the manager and famous players sit and pose for photos. 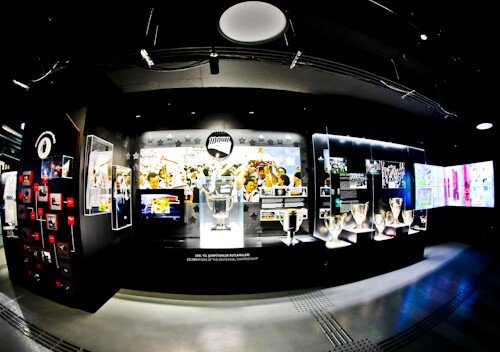 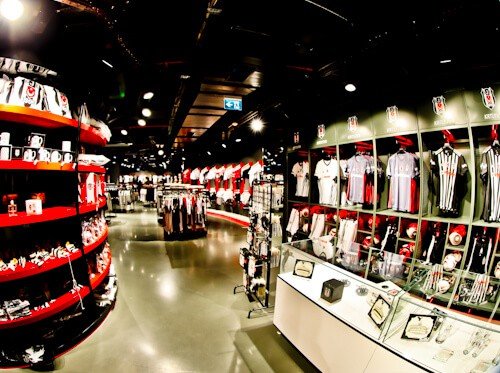 As Vodafone Park is the home of Besiktas, there is a huge club shop.  Almost anything you can think of can be purchased with the all important Besiktas logo.  In addition the latest shirt is on sale and can be customised as you wish.

How to get to Besiktas Stadium – Vodafone Park

It’s easy to get to the Besiktas stadium.  Take the tram on the European side to the last stop, Kabatas.  From Kabatas station it’s a 5 minute walk to the stadium.  Furthermore there’s another major point of interest of Istanbul here called the Dolmabahce Palace.

Take the Galatasaray Stadium Tour and Fenerbahce Matchday Experience.  Things to do in Istanbul. 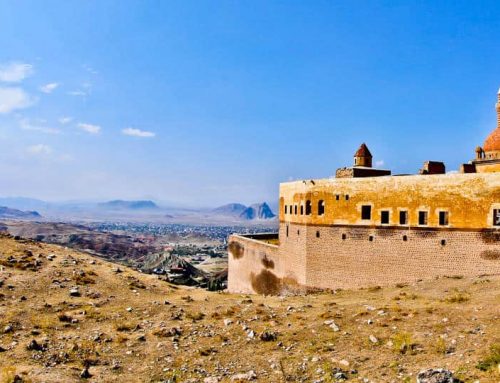 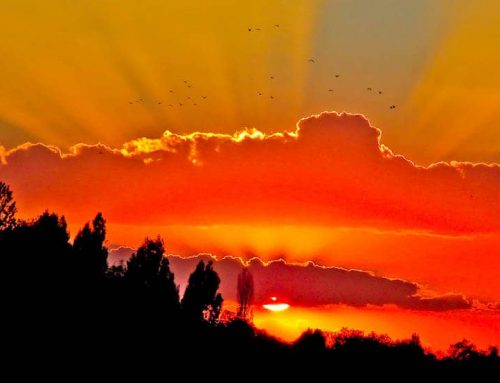 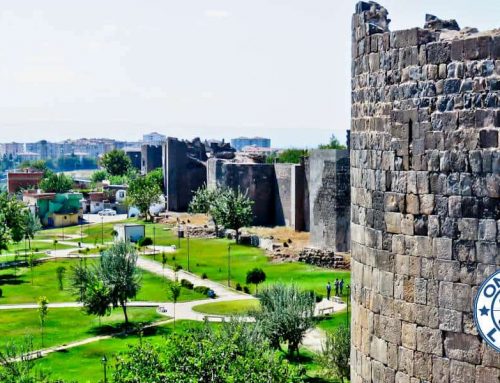 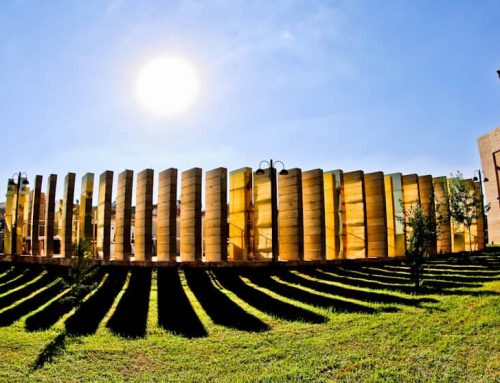