Most football fans will recognize the Bordeaux stadium from Euro 2016.  Reasons to take a stadium tour whilst in Bordeaux are;

The Bordeaux stadium tour costs €11.  You can buy your stadium tour ticket online or in the tourism office.  Stadium tours are available in French only.  The guide will give explanations and answer your questions in English.  If you’re lucky Bordeaux will be playing whilst you’re in town.  Tickets to see them are very fair and start at €10.  You can purchase match day tickets online or at the stadium ticket office. 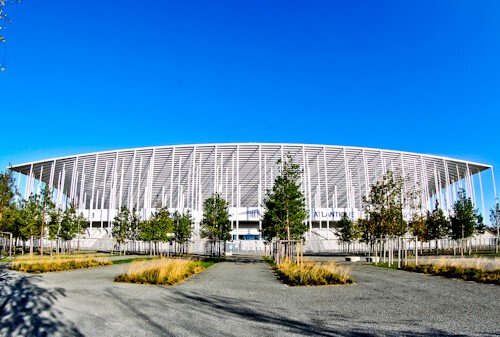 It’s very easy to get to the Bordeaux stadium.  There is a tram station nearby.  You take the tram C from the center to the last stop, Parc des Expositions.  Once you arrive at the last stop you’ll see the stadium.  The official name of the stadium is the Nouveau Stade de Bordeaux.  It is referred to as the Matmut Atlantique as this is the company which sponsors it.  You can immediately see from looking at the stadium that it has the same designer as the Birds Nest in Beijing.  There are over 1000 poles supporting the structure.  These also provide water and electric to the stadium.

The stadium hosted 5 games in Euro 2016.  The most famous game it hosted was the quarter final between Germany and Italy.  Germany won on penalties which is no surprise. 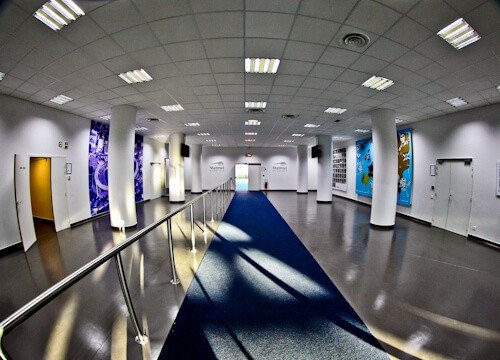 The stadium has been designed so that the team bus can drive into it.  When the players exit the team bus they are already at the dressing room.  The stadium also hosts rugby matches and concerts.  At the time of writing, Guns and Roses were due to perform at the stadium.  To get all the equipment required into a concert, you can drive a truck right onto the pitch. 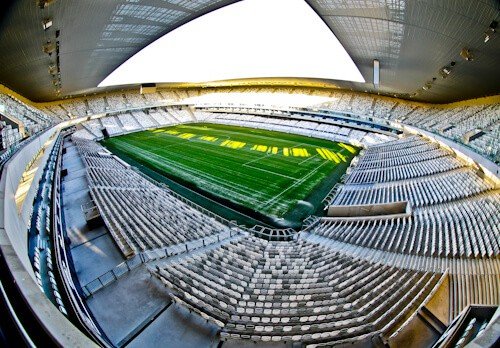 The Bordeaux stadium has a mix of grey and white seats.  Is this a little dull?  The complete opposite to this stadium would be that of Sporting Lisbon.  The Sporting Lisbon stadium has multicolored seats.  The capacity of the stadium is over 42,000 seats.  Wherever you sit in the stadium you are guaranteed a perfect view of the pitch.  As part of the tour you are free to ascend to the top of the upper tier.  Whilst the French speakers are ascending to the top is a good time to ask the guide questions. 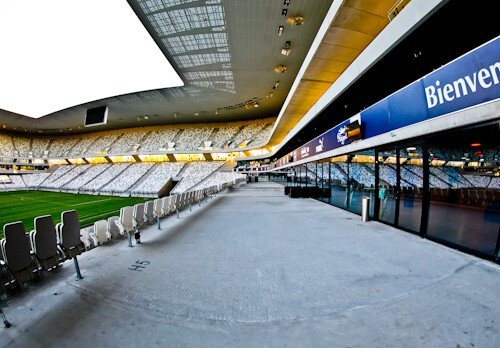 It’s possible to buy a VIP ticket to the match.  This ticket includes food, drinks and preferred seating to watch the match.  The only location you could occupy better than this would be an executive box.  You’ll need an invite for that though!  As part of the tour you will visit the Puma executive box.  Puma is the current kit sponsor of Bordeaux. 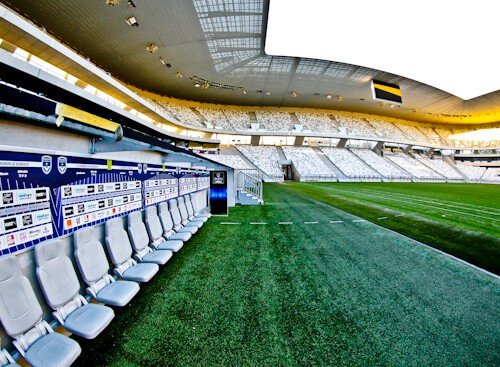 You can sit in both the home and away technical areas.  The home and away seats are exactly the same.  The home team always sits on the right as you exit the players tunnel.  So many famous footballers have sat in this area.  In the famous quarter final between Italy and Germany there were several superstars and world cup winners here.  You can sit and take your Instagram photos where all these stars have been.  Regular visitors to the Bordeaux stadium are Paris SG and Monaco.  Both these teams are full of superstars.  A ticket to watch Bordeaux play either of these teams would be very desirable. 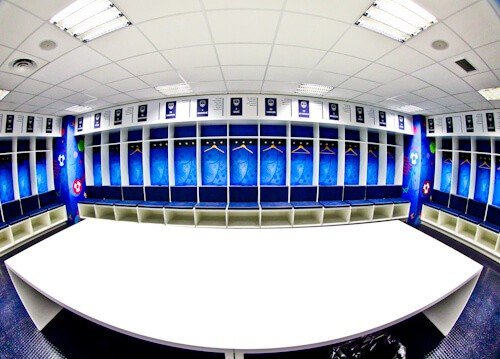 The home team dressing rooms are unique in set up.  Lockers are assigned by shirt number.  All previous players of that shirt number are listed on that locker.  The Bordeaux number 7, Malcom has Zinedine Zidane written on his locker.  Zidane used to play number 7 for Bordeaux.  This reminds Malcom each game of the greats that have played there before him. 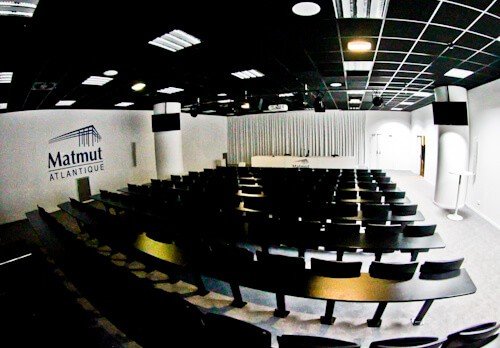 The press room is huge, probably the biggest I have seen.  The photo (above) only shows a small portion of it.  This is where Antonio Conte gave his press conference after Italy lost on penalties to Germany.  It will have been completely full before and after this match.

You will walk through the journalist area.  This is a huge area of empty booths.  During matches journalists will connect their laptops here and contribute any important pictures of the match to be published. 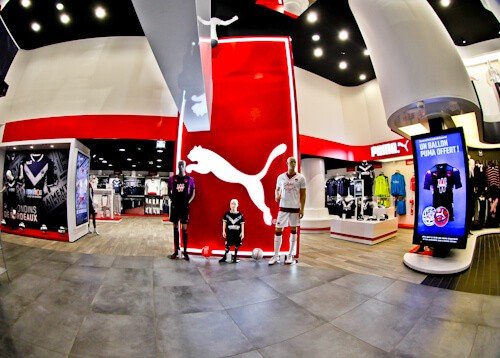 After the stadium tour you may visit the huge club shop.  You may have been converted to a Bordeaux fan or may just want a souvenir.  It can get very hot in Bordeaux so the club shop is a good place to cool down.

Although the tour is in French the guide will explain the facts in English to you.  When I was on the tour as well as the guide explaining things to me in English, the Bordeaux fans taking the tour were happy to translate.  Of course being proud fans of Bordeaux they wanted the world to know about their team.  At the end of the tour the guide asked if I had any more questions.  He was genuine and wanted to make sure I’d enjoyed my stadium visit.