Boston is a US city which is full of history and of course, historic Boston landmarks.  What’s more, Boston is famous for the iconic 80’s sitcom, Cheers and you can still visit the bar today.  Read on to discover how to predict the weather from the tallest Boston landmark!  But before we discover the Boston landmarks, let’s quickly plan an independent Boston trip through KAYAK.

Why use KAYAK to plan your Boston trip?

Boston is a huge city with over 2000 hotels.  For this reason, there are good hotels and bad hotels.  There are good deals and there are bad deals.  Use the KAYAK Boston hotel search to discover the best hotel and the best deal for your budget and dates.  It’s as simple as that.  Once you enter your dates, KAYAK will list the hotels with their rating and price.  As a result, you can filter out your desired hotel and enhance your stay in Boston.  Are you exploring New England on a road trip afterwards?  Are you flying in and out of Boston?  Search hotels, cars and flights below and discover a deal better than you imagined possible. 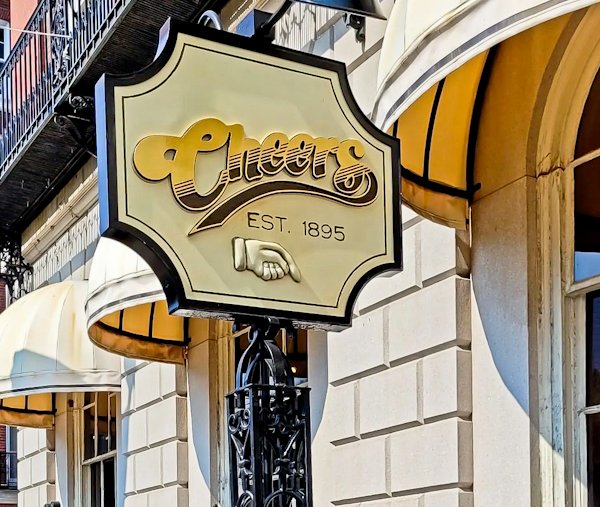 The younger readers may not have seen the Boston sitcom, Cheers.  However, those my age and above will certainly have seen a few episodes of Cheers.  Nonetheless, visitors of all ages will no doubt enjoy a drink in the bar as well as your picture taken at this iconic location.  Once inside, there are pictures on display of famous Cheers scenes which ran from 1982 to 1993. 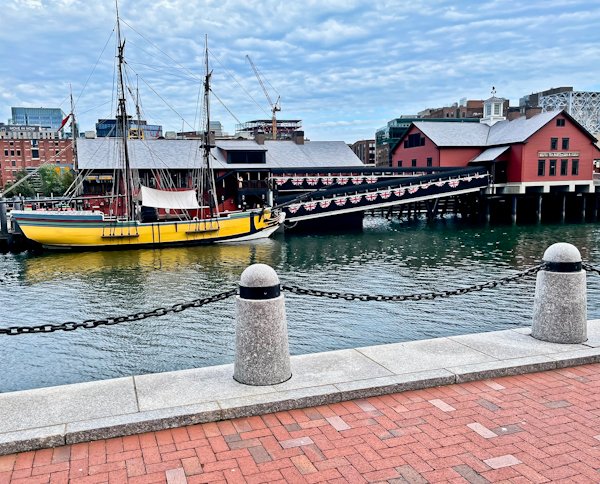 It is said that the Boston Tea Party event put the wheels in motion to American Independence from the British.  Of course, tea is an important subject for the British.  In 1773 to protest against the British parliaments tea tax, tea arriving in Boston harbor was thrown overboard.  Eventually, after a few tit for tat problems between the British and colonialists the American Revolution began.  Visit the Boston Tea Party Ships and Museum to learn more.  Furthermore, visit on December 16 to witness a re-enactment of this event. 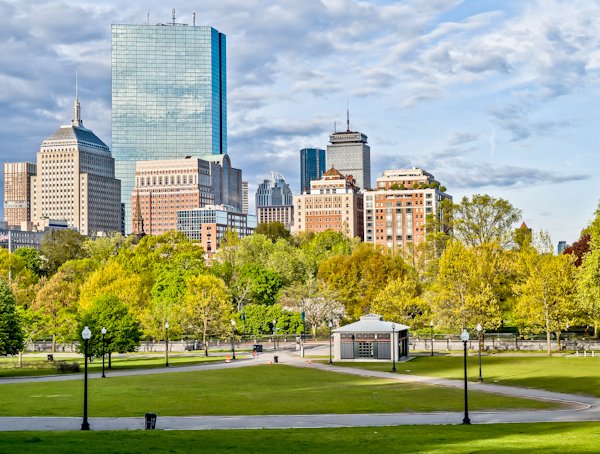 Boston Common is the oldest public park in the USA.  As a matter of fact, Boston Common was first established in 1634.  Today, Boston Common is just as popular as it was back in the 17th century!  Not only does Boston Common give you a breath of fresh air after exploring the city but it also offers stunning city views.

Stay at the Hi Boston Hotel near Boston Common. 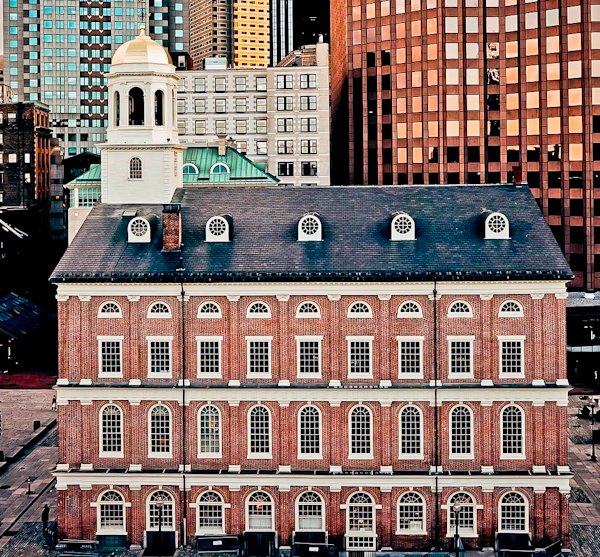 Originally, Faneuil Hall was a marketplace and also the meeting place of patriots on the eve of the American Revolution.  Today, Faneuil Hall is a hive of activity in Boston.  Not only is it a visually beautiful location but it’s also home to endless vendors selling anything from street food to souvenirs.  Enjoy! 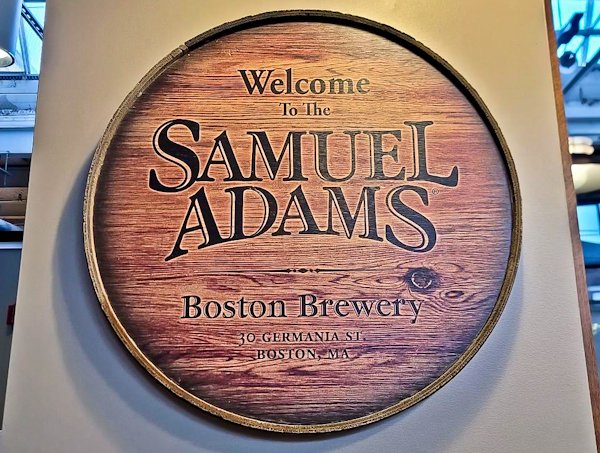 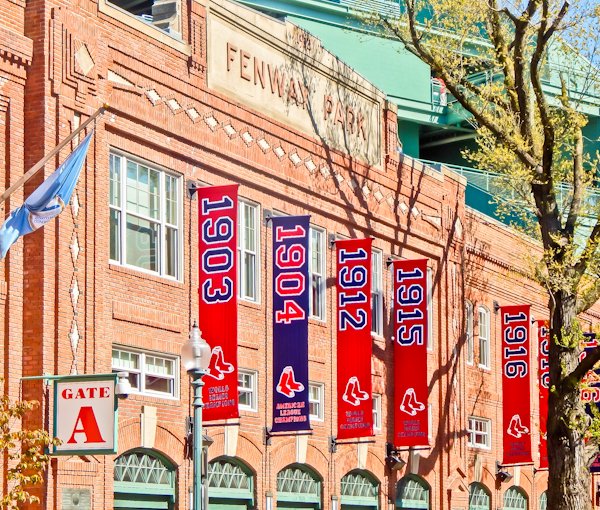 I promised history when discovering the Boston landmarks and Fenway Park promises you exactly that.  Built in 1912, Fenway Park is the oldest original baseball stadium which is still in use.  Did you know that the Boston Red Sox had many precious names, including, Americans, Pilgrims, Somersets, Puritans and Plymouth Rocks.  Lastly, Fenway Park is the US equivalent to the oldest English football stadium which is still in use, Bramall Lane. 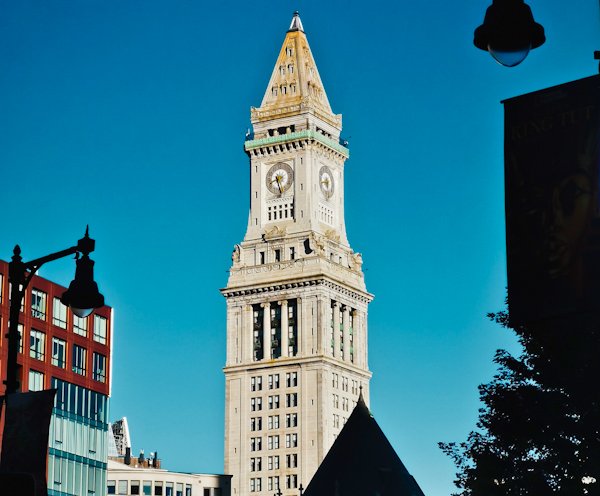 The Boston Custom House grabs your attention as you admire the city skyline.  You may even ask yourself, ‘am I in the USA now?’.  An interesting fact about the Custom House Tower is that is was the tallest building in New England from its creation in 1915 up until 1964.  Imagine all the customs fines and deals that were done here and the surrounding customs buildings from colonial to modern American times.  Today, the Boston Custom House is a Marriot Hotel. 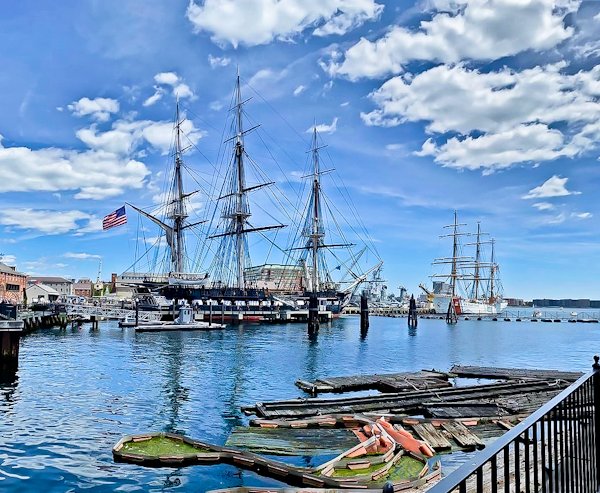 USS Constitution is the worlds oldest ship which is still afloat.  Also known as Old Ironsides, this ship was first launched in 1797.  Learn all about this piece of history at the USS Constitution Museum at Charlestown Navy Yard. 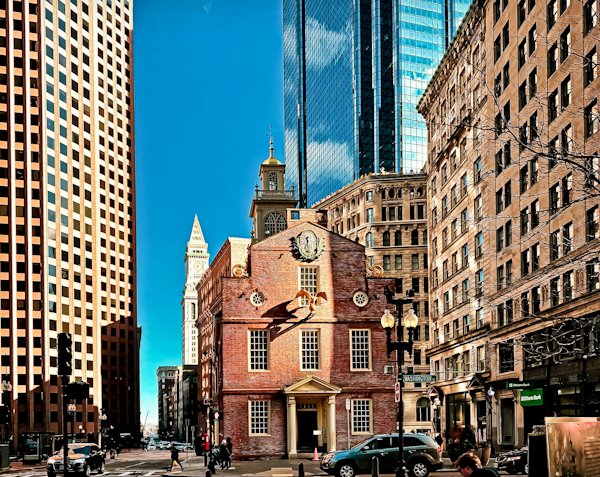 Perhaps the Old State House is the most iconic of Boston landmarks.  It’s featured in many movies and will immediately grab your attention dwarfed in-between the modern skyscrapers.  In fact photographers could spend hours creating that perfect picture at different times of day.  As for top Instagram spots in Boston, this is certainly one of them.  Lastly, the Declaration of Independence was read for the first time on the balcony here. 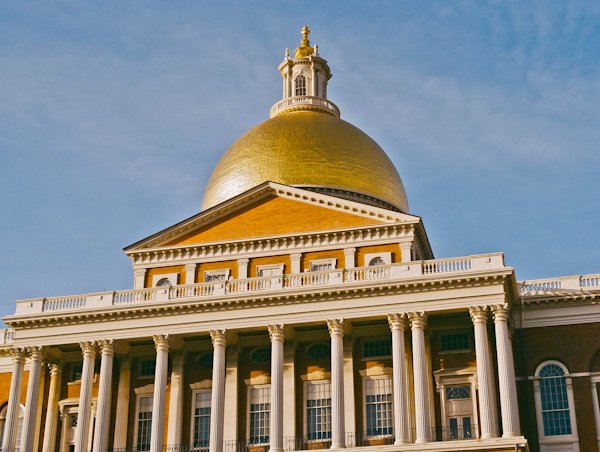 Massachusetts State House is another landmark which will grab your attention.  However, it isn’t quite as cute as the Old State House.  Although the gold gilded dome is more than eye-catching.  If you wish to explore the interior, free guided tours are given on weekdays.  Finally, its architect, Charles Bulfinch is believed to be the first native born American architect. 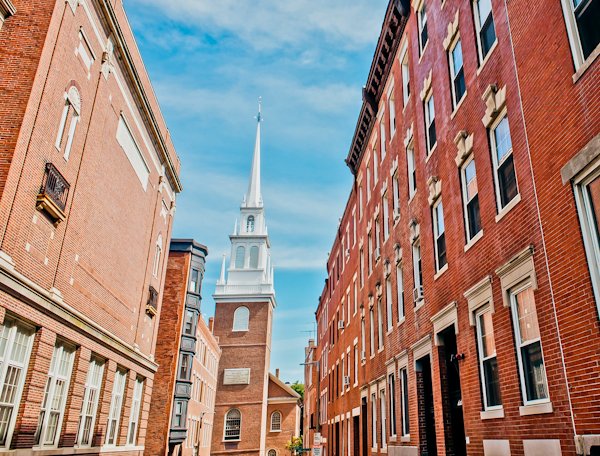 The Georgian style Old North Church is another Boston landmark with an interesting past.  From here the famous ‘one if by land, two if by sea’ signal was sent from.  Following this message, were the Battles of Lexington and Concord of the American Revolution.  Another interesting fact is this is the oldest standing church in Boston dating back to 1793.  With the Boston buildings leading up to this old church, it’s definitely a top Instagram spot in the city.

Stay near the Old North Church at the Battery Wharf Hotel. 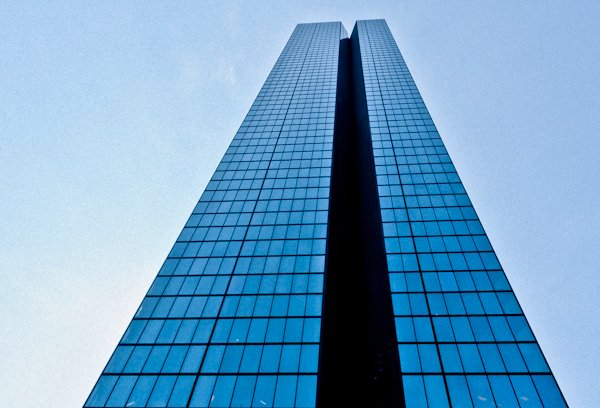 Formerly known as the John Hancock Tower, 200 Clarendon Street is the tallest landmark in Boston.  Additionally, it’s also the tallest building in the whole of New England.  Now, the building is infamous for its engineering flaws as huge pains of glass have fallen from it.  In contrast, the large blue reflective windows look stunning against a lightly cloudy sky.  Adjacent to 200 Clarendon Street is Copley Square and the cute Trinity Church.  Lastly, Bostonians use an adjacent building for the weather forecast.  A beacon atop of the Old John Hancock shows different colors and a rhyme describes what these mean. Steady blue – clear view, flashing blue – clouds due, steady red – rain ahead, flashing red – snow instead. 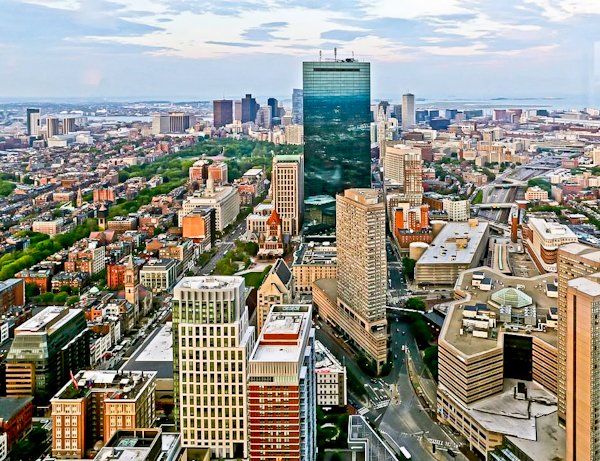 Enjoy Your Visit to the Boston Landmarks

As you explore these Boston landmarks for yourself you’ll discover many more which are not on my list.  When you choose your hotel with KAYAK you’ll be able to stay in a nicer hotel for less which in turn will enhance your visit to Boston.  Enjoy.