Bucaramanga is a city in Colombia which is capital of the Santander department.  It’s also known as the city of parks and things to do in Bucaramanga Colombia include;

In my opinion, Bucaramanga is a hidden treasure in Colombia.  What’s more, it’s full of good value hotels as well as plenty of restaurants and bars.

Things to do in Bucaramanga Colombia 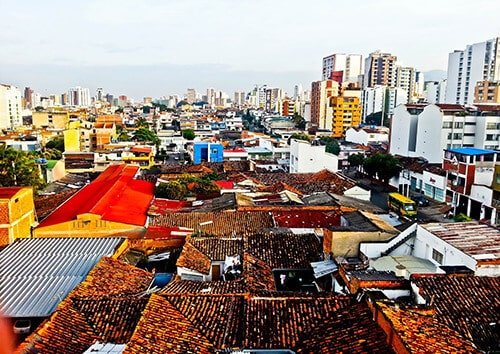 I had never heard of Bucaramanga, I saw it on the map and decided it was a good place to stop on the way from the Venezuela border to Medellin.  To get around the city, taxis are cheap and metered.  There are also regular buses which are super cheap but a little complicated to use.  Alternatively, there’s a bus rapid transit system called Metrolinea which use a separate private lane on the road and only stop at stations that you need a ticket to get inside.  It’s like a metro/tube but using a bus with a private lane and it’s cheap as well as very easy to use. 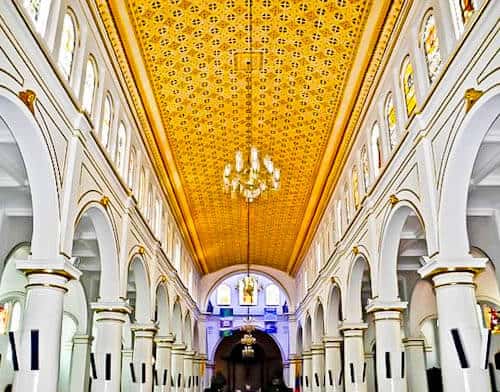 Of course, the Sagrada Familia is one of the famous Barcelona Landmarks.  There is also a Sagrada Familia in Bucaramanga but with very few tourists!  Consequently, you can simply walk in and view the stunning interior. 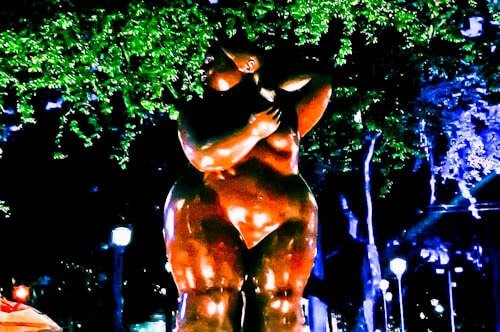 If you’ve been researching Colombia before visiting, you’ll have read about Fernando Botero.  He is famous for drawing large people.  His work even includes a large Mona Lisa as well as a large Pablo Escobar.  In his honor, there’s a Gordita statue located in the San Pio park.  Furthermore, you can find Plaza Botero in Medellin and the Botero Museum in Bogota. 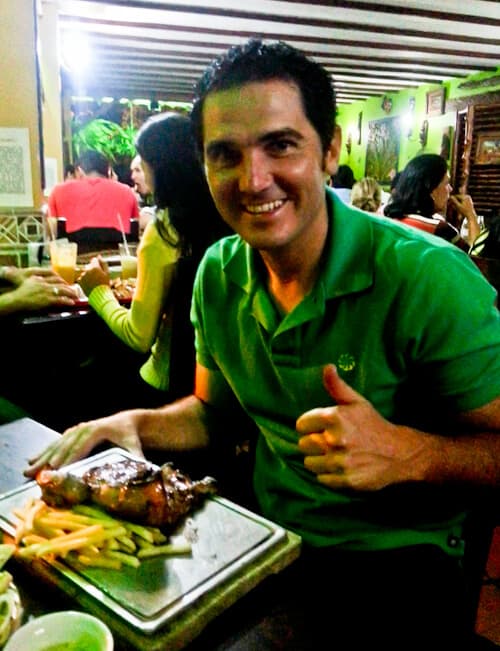 One of the best steaks I have had in my life was at Mercagan Parrilla.  I’ve actually enjoyed steaks in Argentina and Uruguay so my standards are pretty high,  Most importantly, I strongly recommend the Mercagan Parrilla if you are in town. 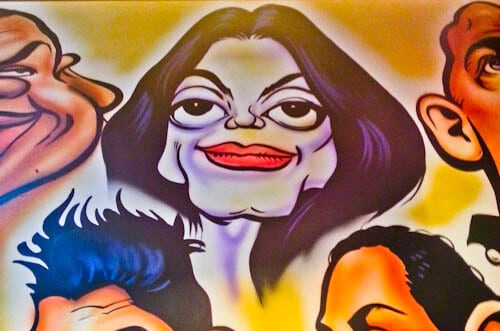 There are several modern shopping malls in Bucaramanga.  Shopping malls are useful for escaping the heat, additionally, they’re full of restaurants.  I recommend the fast food restaurant El Corral which is good for cheeseburgers.  It is in fact the most popular fast food chain in Colombia.  The artwork in their restaurants is pretty interesting, I found a Michael Jackson caricature.  Did you know Michael Jackson filmed the short movie ‘They Don’t Care About Us’ in Salvador, Brazil?

A great place to go for food, a drink and a dance is Parque las palmas.  You’ll find a wide variety of good quality restaurants here, several beer bars as well as a disco. 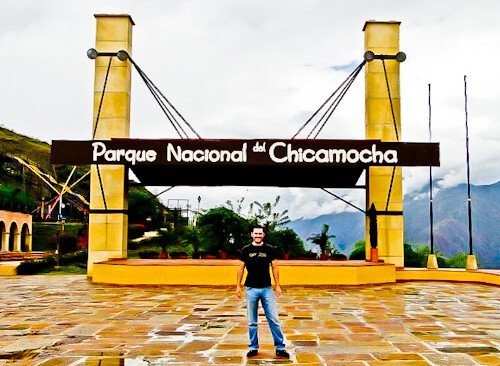 Chicamocha national park, also known as Panachi is located along the Chicamocha canyon.  To get here you must take a cable car from the valley which provides awesome views of the canyon.  At the top you’ll find an interesting monument celebrating the culture of Santander.  There’s also a small zoo, restaurants and a market.  You must try the fresh strawberries dipped in delicious melted Colombian chocolate.

To get to Chicamocha national park from Bucaramanga you must take a bus towards San Gil or even Bogota.  Berlinas has a service which will drop you off at the cable car.  Check before buying your ticket that the bus will stop for you and tell the driver in advance that you want to stop at Chicamocha national park (Panachi).  This could be a perfect opportunity to use Maps.me to make sure you don’t end up in San Gil, or further away in Bogota!  To return you can flag any bus down going in the opposite direction back to Bucaramanga. 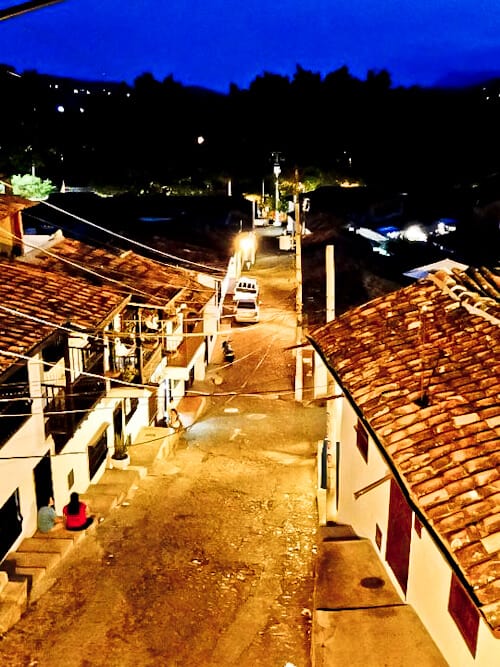 A short bus ride from Bucaramanga is the peaceful village of San Juan de Giron, or simply Giron.  Giron was the first town founded by the Spanish in the region.  For those of you looking for an authentic Spanish colonial village, there’s no better place to experience it than Giron.  There are some great little restaurants around here to be discovered too. 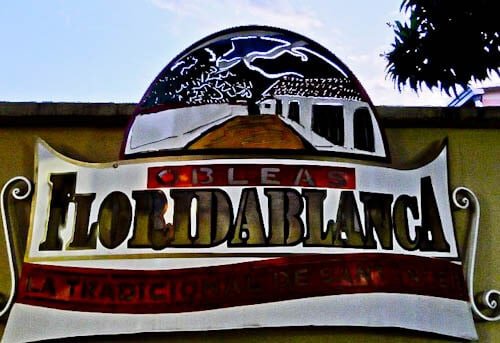 Floridablanca is a Spanish colonial village in the suburbs of Bucaramanga.  It’s similar to Giron and worth a visit if you have the time.  An interesting fact about Floridablanca is that the Colombian version of Christ the Redeemer is looking over the city.

How to get from Bucaramanga to Medellin by Bus

I went a day earlier to the Copetran office to buy my ticket to Medellín.  I paid 80,000 pesos for my ticket but I later discovered than when buying bus tickets in Colombia, you can ask for a discount.  If I had bargained, I could have got the ticket for as little as 40,000 pesos.  Another way to get this discount is to turn up 10-20 minutes before the bus is leaving and they will be shouting this price in the station whilst looking for passengers.

Copetran is an excellent bus service, so is Bolivariano therefore look out for their services to Medellin.