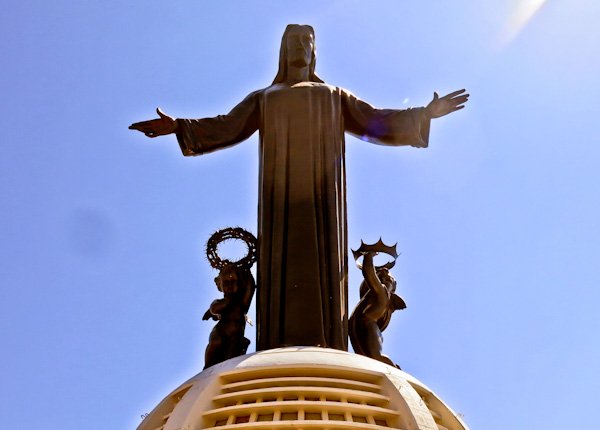 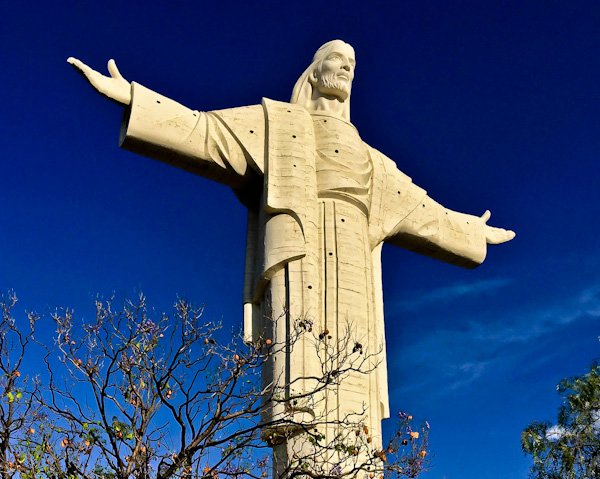 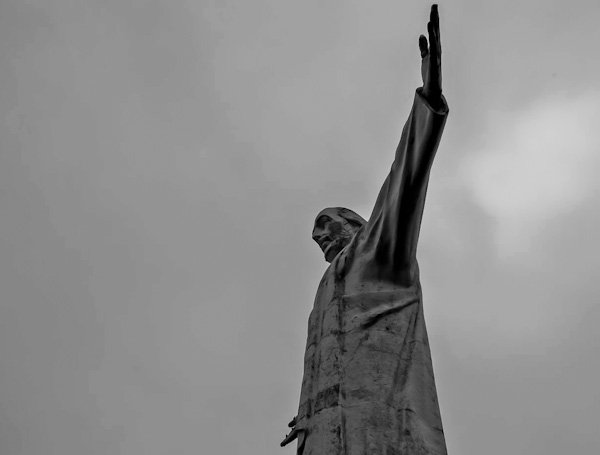 The Cristo Rey of Cali, Colombia stands on top of the Hill of the Crystals.  An interesting fact is this Jesus Christ statue weighs over 450 tons.  Finally, the hill which you must ascend is a popular beauty spot for the locals and features several biblical sculptures. 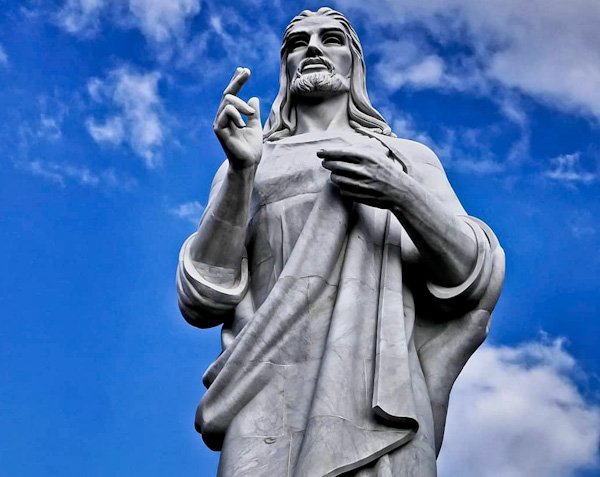 Christ of Havana is a marble Jesus Christ statue which overlooks Havana Port.  As a result, it’s a stunning place to be a sunset.  A historical fact about this statue is that it was erected just 2 weeks before Fidel Castro started the Cuban Revolution. 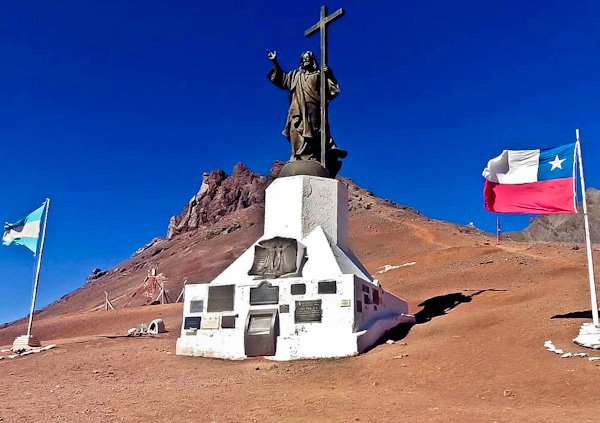 Christ the Redeemer of the Andes is one of the most difficult Christ the Redeemer statues to visit.  If you take the bus from Mendoza, Argentina to Santiago, Chile you will be able to see it in the distance.  However, the main highway does not pass it.  For this reason, it’s much easier to visit with your own vehicle or in private taxi.  It was put here to symbolize peace between Argentina and Chile.  Lastly, at 3,832 metres this is the highest Jesus Christ statue in the world where temperatures can drop to -30°C in winter. 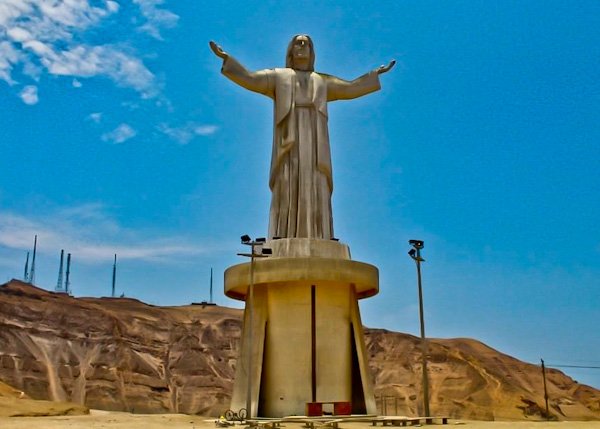 Cristo de Pacifico or the Christ of the Pacific stands on a mountain top overlooking Lima, Peru.  It was a gift from Brazil and of course is based on Christ the Redeemer of Rio. 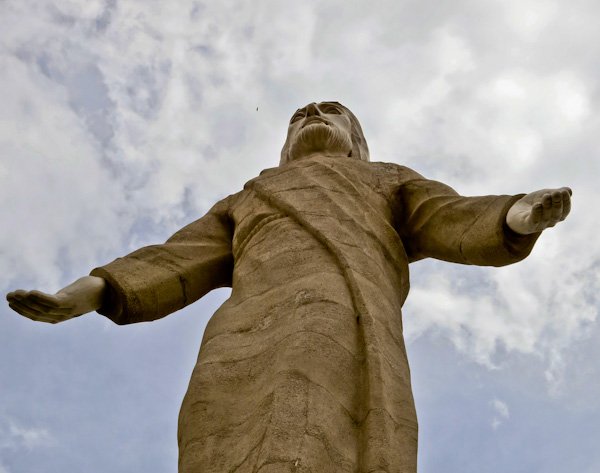 Cristo del Picacho is one of the 30 wonders of Honduras.  This Jesus Christ statue stands on top of the El Picacho hill overlooking Tegucigalpa.  Lastly, it’s one of the newest Christ statues in the world and was built at the end of the twentieth century to welcome the year 2000. 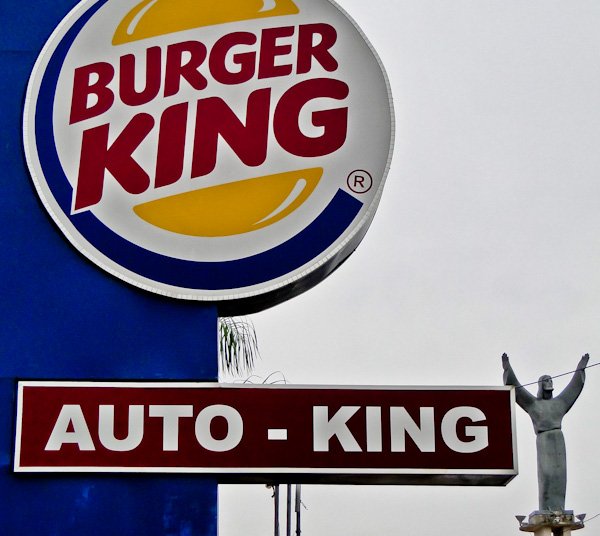 Where in the world can you sit and enjoy a Whopper Meal next to a Jesus Christ statue?  Christ the Redeemer of Santa Cruz was built in 1961 in the middle of a roundabout in the city.  I promise there are better views of it than the one share above. 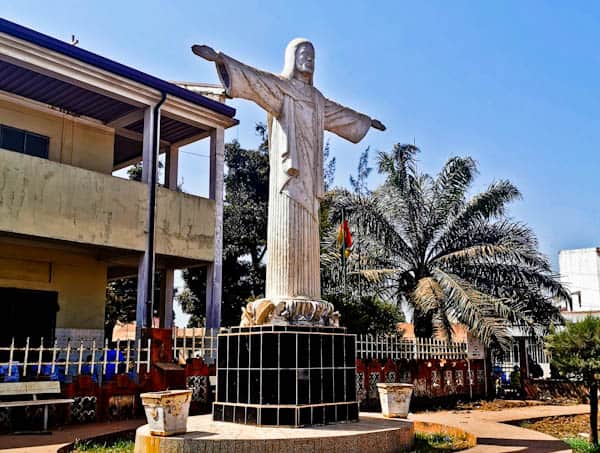 Christ the Redeemer of Guinea Bissau is probably the least glamorous on my list.  It’s located adjacent to the biggest market in the city.  Like Brazil, Guinea Bissau is a former Portuguese colony therefore inherits a Jesus Christ statue through this link.  Read about the things to do in Bissau, Guinea Bissau.

Lubango in Angola is another former Portuguese colony which features a Christ Redeemer statue.  Known locally as Cristo Rei or Christ the King, this Jesus Christ statue is made of marble and 30 meters tall.  Lastly, Christ the King was built in 1957 in the former era of Portuguese Angola. 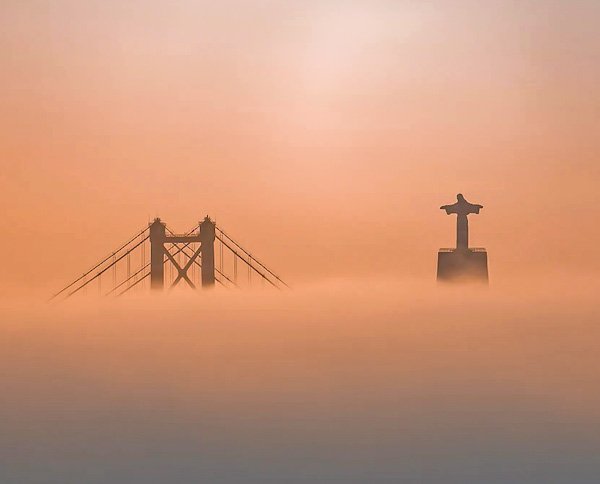 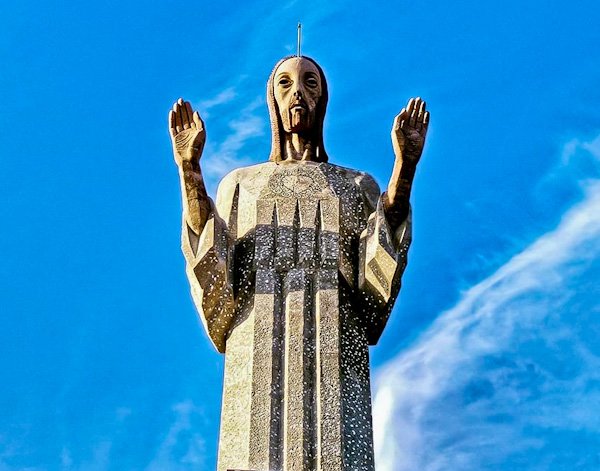 Palencia, Spain is home to one of the most unusual looking Jesus Christ statues.  As a matter of fact, it has a higher resemblance of Mac and Me.  Known as, Cristo del Otero or Christ of the Knoll, it stands on a small hill outside Palencia.  An interesting fact about this Jesus Christ statue is the designers tomb is also found here. 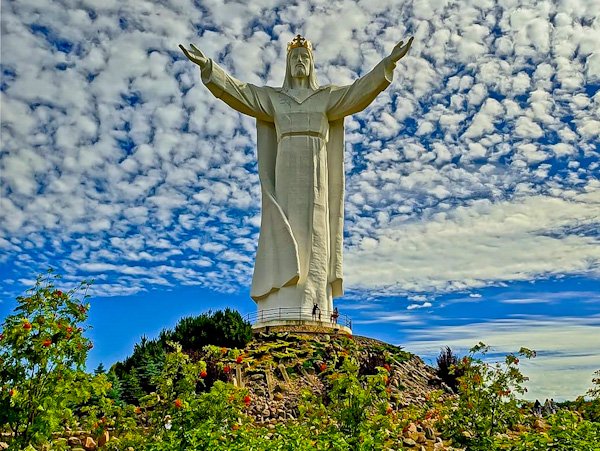 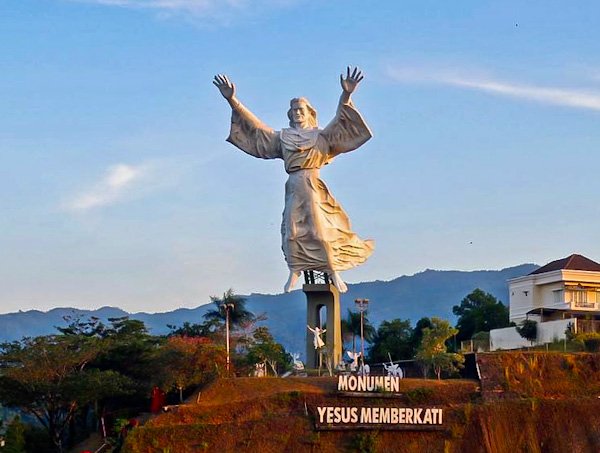 Indonesia is home to the Christ Blessing statue which at 30 meters tall is the fifth highest in the world.  To see this Jesus Christ statue you must travel to the Indonesian Island of North Sulawesi.  Read about how to travel in Indonesia. 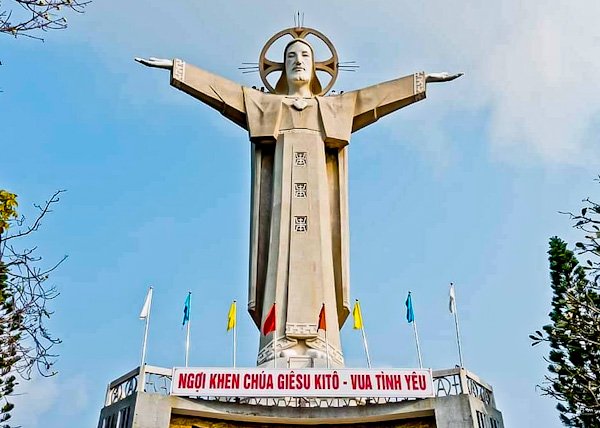 Christ the King is the tallest Jesus Christ statue in Asia and the fourth tallest in the world.  Climb the stairs of the 170 meter tall Nho Mount to the summit. 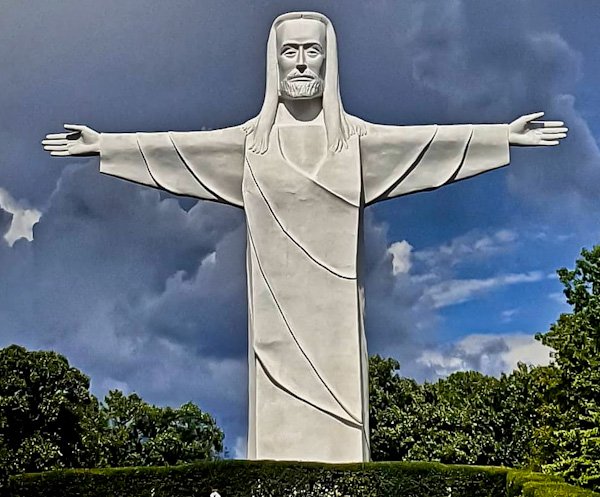 Eureka Springs, Arkansas is home to the Christ of the Ozarks.  It’s a 20 meter tall Christ statue which was built in 1966. 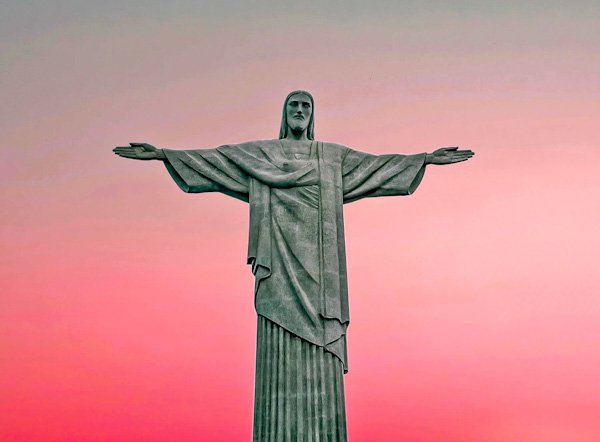 Christ the Redeemer is the most famous of all Christ statues.  It’s the iconic landmark of Rio, Brazil.  As a matter of fact, it’s so iconic that it’s one of the 7 wonders of the world.  It has featured in several movies and also the Michael Jackson video, They Don’t Care About Us.

Read about Virgin Mary religious monuments around the world.