Ciudad Bolívar is a city in Venezuela and the capital city of Bolívar state.  In addition, it’s the stop off point for flights to Angel Falls.  Things to do in Ciudad Bolivar include;

Personally I only really found Angel Falls and Canaima park worth visiting here, it’s quite an unstable city and I cannot recommend enough that you have travel insurance before visiting Venezuela.  As a matter of fact, I was robbed by police when I entered the city!
I stayed at the Hotel La Cumbre which is a short walk from downtown but a great hotel.  In fact I was walking to a point of interest a few blocks away and they were concerned for my safety so drove me there and back to the hotel.  They’ll also offer sound advice on getting to Canaima National Park and Angel Falls.  Most importantly, the hotel has a good restaurant, bar and rooms.

How to get to Angel Falls and Canaima National Park

To get to the falls, you need to organize a flight from Ciudad Bolivar.  You can either go to the airport and look for something with Avior or Rutaca airlines.  Alternatively, check around in the local hotels / tour agencies for organized day/overnight trips to the Falls. 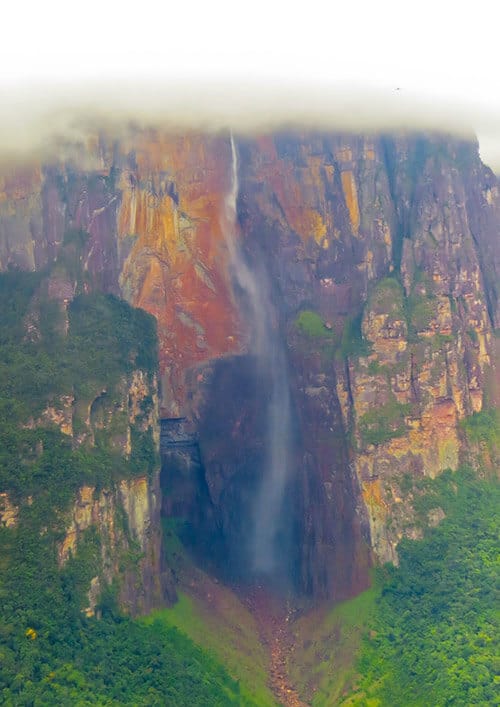 Known in Spanish as Salto Angel, Angel Falls are 979 meters and the highest waterfalls in the world.  Some say they should be a natural wonder of the world.  I found the Iguazu Falls on the Argentina / Brazil border and the Kaieteur Falls in Guyana more impressive but still, you’ve got to admire a 979 meter drop.

The views on the flight from Ciudad Bolívar to the falls were probably just as beautiful as the actual falls!  The flight is around an hour and should cost you less than $200 return, including a circling of the falls and also a stop over at Canaima National Park with more falls and lakes to see.  Finally, it’s possible to fly to Canaima National Park from Ciudad Bolívar with Avior or Rutaca airlines. 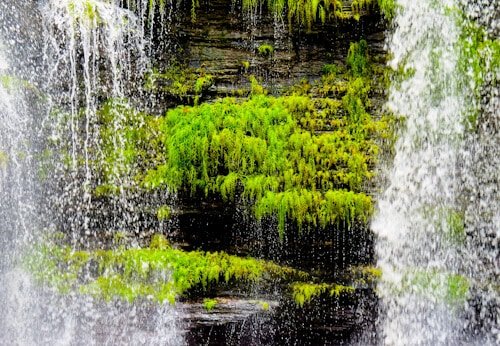 Canaima National Park is much safer than Ciudad Bolivar.  For this reason, I recommend you stay at the park.

How to get from Ciudad Bolivar to Colombia

I took a Barinas overnight bus to the border town of San Cristobal.  The police checked the bus in the middle of the night, but this time they did not rob me like on the bus to from Santa Elena to Ciudad Bolivar.
From the bus station in San Cristobal there are regular local buses to the border, it’s too far to walk.  You need to ask the bus driver to stop at the police station for the exit stamp as it is quite a way before the border.  Then, after you get the exit stamp, you’ll easily find a motorbike taxi to take you to the Colombian side of the border.  The Colombian immigration were very friendly and an entry stamp was quick and easy.

I changed my leftover bolivars back into US dollars on the border bridge, I actually sold them for more than I bought them for.  I don’t know how safe it is there though, so I wouldn’t do it on a regular basis.  They also change money in Cucuta bus station at a decent rate.

How to get from Cucuta to Bucaramanga 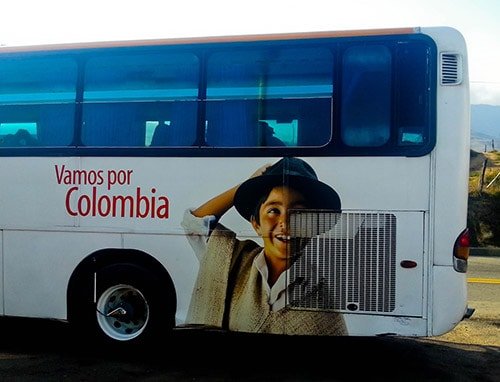 From the Colombian border, I took a shared minivan to the Cúcuta bus station.  Then I took a Bolivariano bus to Bucaramanga, which is a 6 hour journey.  There are some bad/unsafe bus services leaving from Cúcuta,  I recommend Bolivariano or Copetran, these are friendly and honest services.  What is an unsafe bus?  An unsafe bus is one which randomly stops to pick up random passengers who could rob you.  Alternatively, a bad bus is one where your baggage has a high chance of going missing.  For this reason, I emphasise you should go with either Bolivariano or Copetran.
Lastly, I was sat with a Colombian on the bus who had also been traveling in Venezuela.  He told me he was taken off a bus by the police and checked for money, they do it to all foreigners.