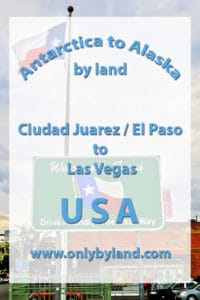 Ciudad Juarez is an infamous border town in Mexico which borders with El Paso, Texas in the USA.  For tourists and photographers these border towns offer the following points of interest;

When leaving Mexico, I had completely forgotten I was supposed to go to the bank and pay 300 pesos for the visa fee.  I could have gone and found a bank but I decided because I was in Mexico I would try bribe the officer and gain my exit stamp.  I asked if he could help me and offered him 150 pesos to which he refused but accepted 200 pesos.  He then made up a story that he was going to send a boy on a bike to the bank (so he was going to pay the other 100 pesos??).

Ciudad Juarez has a reputation as being one of the most dangerous cities in the world so I would not recommend staying here, I just had a quick walk around the historic downtown and went over the border to the USA.

Consider hiring a car this side of the border.  As a matter of fact, it’s not uncommon to find car hire for less than $5 a day!

Many people don’t want to visit Mexico because it can be a dangerous place and it does have a bad reputation.  If you’re already in the USA and want to add Mexico to your list but don’t don’t really want to visit, I would suggest a quick trip over the border to Juarez.  It’s free to go over and you can simply return to the USA when you’ve had enough. 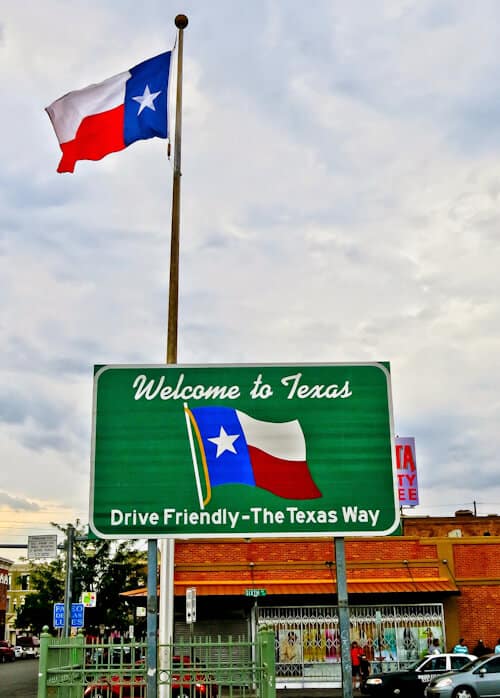 To enter the US, Canadians only need their ID cards but for Europeans and Australians, you’ll need to complete and pay for an ESTA online before arriving.  Most other nationalities will need a apply for a visa before going.

El Paso is a quiet town and honestly, I would not recommend stopping here.  If you have a visit to Franklin mountains state park, Wyler aerial tramway or to quickly visit another country on your bucket list then maybe it is worth a stay over.  My purpose for a stay here was to take the bus to my next destination, Las Vegas! 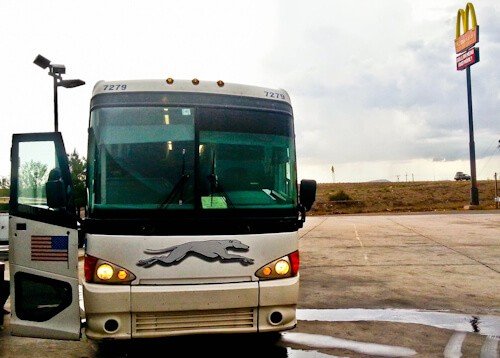 Lastly, consider car hire in the USA, it’s must more convenient and better value for money than taking the bus.