Dakar is the capital city of Senegal, West Africa.  Things to do in Dakar, Senegal include;

Dakar is a huge city with many with many hotels, I decided to stay in the Ngor district which felt safe.  A lot of the upmarket hotels are ridiculous prices, this is because Dakar is at risk of a potential terrorist attack and they need to pay for increased security. 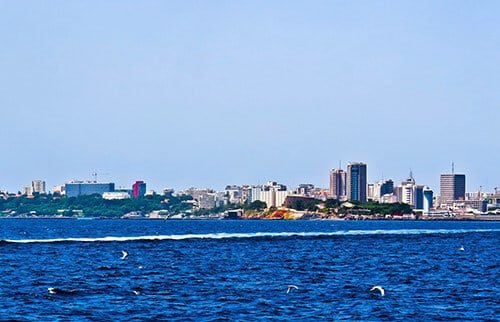 Being the capital city of Senegal, Dakar is quite expensive compared to the rest of the country.  I stayed in the N’gor area where there are plenty of restaurants, bars and supermarkets.  As a matter of fact there’s a fake McDonald’s and yes I went in to check it out as they don’t have regular McDonald’s in Senegal.  They had a full McDonald’s menu but when I went to order all they offered was a very bad looking Big Mac meal so I gave it a miss and ate a rice and meat meal in a local restaurant close by. 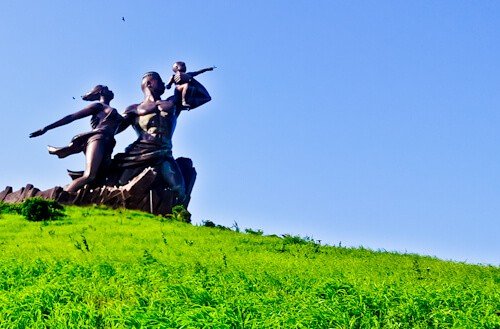 Goree Island and the House of the Slaves 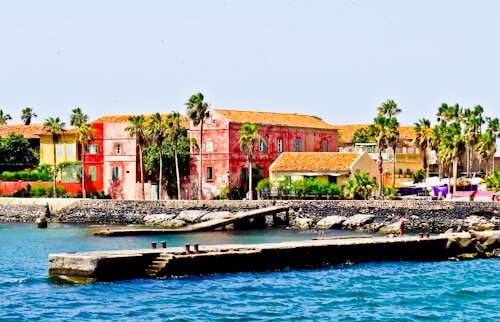 I have included myself in the photo on the UNESCO world heritage site, Gorée Island so you can see how hot it was, take water!  Having said how hot it was, it’s a little ridiculous to be complaining about the heat in comparison to the history of the House of the Slaves.  The House of Slaves, also known as the ‘door of no return’ was a marketplace for slaves back in the days of the slave trade.  Slaves would be brought here from all over Africa before being processed and taken to the Americas and Europe.  The conditions of the slave house are pretty hard with iron shackles and small rooms with no windows. 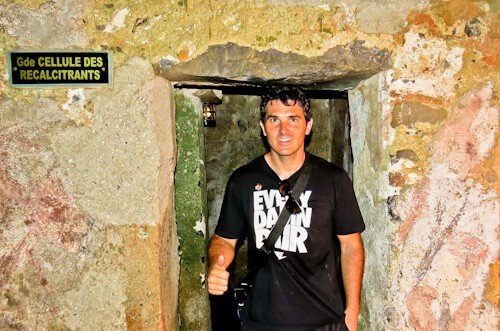 Both Nelson Mandela and Barack Obama have visited the House of Slaves at Gorée Island.

A popular day trip from Dakar is to Lake Retba, which is a pink lake that photographs wonderfully.  Around Gorée Island, especially the ferry terminal you’ll find people offering tours to the lake, remember prices are negotiable.  You could ask in your hotel about visiting Lake Retba, this would offer you more security.

How to get a Mali Visa in Dakar, Senegal

My next destination after Senegal was Mali and I needed a visa to enter Mali.  Before visiting Gorée Island I went to the Mali Embassy and applied for a Mali visa at 9am in morning.  The visa was ready the same day at 2pm at a cost of 25,000 francs.  2 passport photos and a photocopy of the photo page of the passport was required.  Upon leaving the embassy the security guard made me feel a little uncomfortable by telling me he liked my sunglasses whilst indicating to me that he wanted me to give him them as a tip (I didn’t).

How to get from Dakar to Tambacounda 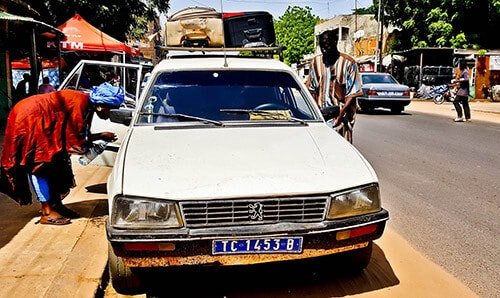 I left Dakar early morning from the bush taxi station.  There were plenty of people traveling so the taxi filled up quickly and I was away by 7am.  The price was 9500 francs.  In addition, I was offered the front seat for 2000 francs which I took.  The journey to the Tambacounda bush taxi station was 7 hours with just 1 stop for food and bathroom break.  The bush taxis are called sept place in French which means ‘seven places’.

Things to do in Tambacounda 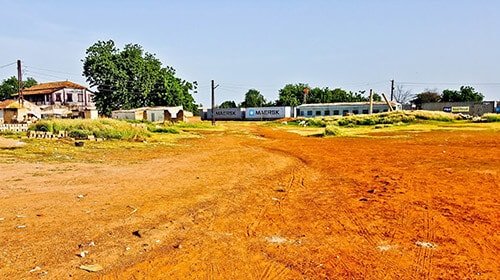 Tambacounda is a city in western Senegal famous for the UNESCO world heritage site Niokolo-Koba National Park.  The national park is home to antelopes, chimpanzees, lions, leopards, elephants, as well as birds, reptiles and amphibians.

I was in transit through Tambacounda, just to rest and get some food.  It turned out to be quite stressful trying to find a restaurant, food is sparse in this part of the world.  Fortunately I found a restaurant serving rice and meat, you can only live off packets of cookies for so long.  Pictured above is the old train station, in fact there used to be a train service from Dakar to Bamako which would have been perfect for my journey but unfortunately it doesn’t run anymore.

How to get from Tambacounda to Kidira (Mali Border)

There are a couple of decent Auberges to stay the night which are close to where the bush taxi from Dakar drops you off.  The bush taxi station for taxis to Kidira, the border with Mali is in the east of the city.  The bush taxi to Kidira was 5000 francs and took just over 3 hours. 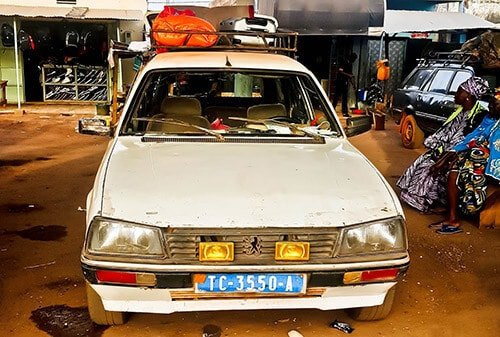 How to get from Kidira to Bamako

From Kidira, you can take a bike to the Senegal police station for an exit stamp, then cross the bridge to the bus station.  The Mali police station is another 2km further on and you cannot pass it until you are on the bus continuing through into Mali.  The bus I took left at 8pm and the police station is open 24 hours, so there was no problem to get the entry stamp into Mali (I already had the Mali visa from Dakar). 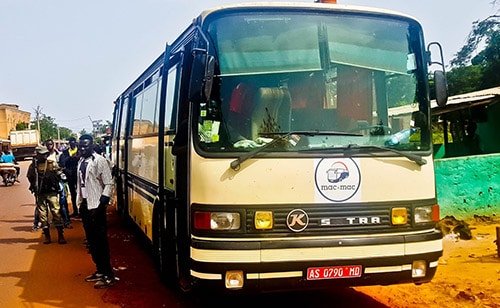 The bus to Bamako left at 8pm, and it took about 2 hours to get through customs and immigration.  Then on entering the first major town in Mali, Kayes, the army checkpoint took everyone off the bus and took their identifications and passports.  Everyone on the bus was from Senegal, Gambia or Mali and had to pay 1000 francs to recover their identification.  For some reason, they returned my passport and didn’t ask me for any money.  This happened again on exiting Kayes, only this time they only took the Senegalese peoples identification.  When the bus reached Diema two armed soldiers came on and escorted the bus to Bamako (pictured above).

How to Travel from Dakar to Banjul by Land