Dakhla is a major city in Western Sahara which is under Moroccan control.  Things to do in Dakhla include;

When searching for accommodation in Dakhla, it’s better to turn up and find a hotel.  Booking online before you go is possible, but more expensive.

Things to do in Dakhla 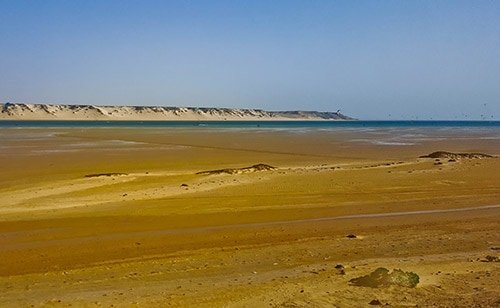 There’s not much to do in Dakhla town centre, just a few hotels, restaurants and of course, the Assona Mosque.  It’s a stop off point really, between Morocco and Mauritania.  Most of the hotels are found around this area of downtown which is where you’ll also find a share taxi to Nouadhibou or Nouakchott early morning.  Just north of Dakhla is a hugely popular kite surfing venue.  In addition, they also offer Sahara desert tours.  When I passed the kitesurfing area in the bus I saw at least 50 kitesurfers.

I arrived late evening and asked around outside hotel Sahara for a share taxi the following morning.   They recommended that I arrive at 7am and the taxi will leave right away.  For this reason I arrived the next morning at 7am and there was no-one there, so I sat and waited.

How to get the Morocco to Mauritania bus / share taxi 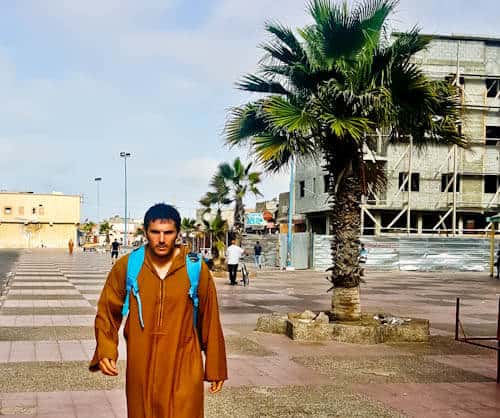 After waiting an hour, at around 8am, 3 more passengers came as well as a car and a driver.  The driver who agreed to take me at 7am was nowhere to be seen.  I was told that the car could not go with less than 6 people so I continued waiting.

I began talking with another passenger from Japan.  She persuaded me that we should hitchhike as it was already 11am.  Therefore we went to tell the driver and all of a sudden he jumped up and had 6 people.  He had been waiting for a 7th passenger but didn’t want to risk losing 2 passengers.  We then left straight away for the border, the cost was 350 Dirham per person.  Just as we were leaving, the driver who arranged to meet me at 7am arrived.  He started complaining that I was going with another driver, despite being 4 hours late!

If you do decide to hitchhike, you can take a petit taxi to the police checkpoint at the crossroads of the peninsula 7km away.  This will cost around 25 dirhams. 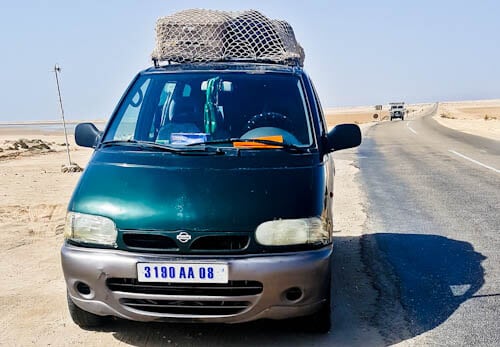 The taxi ride to the border was about 3 hours, with a short bathroom stop at a decent enough place.  Arriving at the border, I got my exit stamp from Morocco before changing taxis from a 7 seater to a 4 seater.  The 6 people in the taxi now had to squash into a normal car with a driver, it would have been worse if there was a 7th passenger!  The taxi then crossed no mans land which is paved half way, I guess they are paving the rest and it should be completed soon.  No mans land is covered with land mines so your life really is in the hands of the taxi driver! 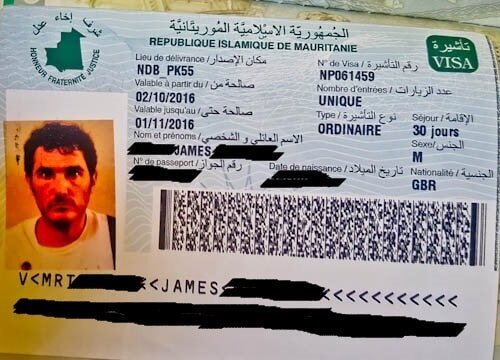 On arriving in Mauritania, I didn’t have a visa because the embassy in Rabat was closed.  The Japanese tourist didn’t have her visa either but was confident of a visa on arrival as the Japanese travel sites say it’s possible.  Firstly, we went into the police station where our passports were checked before being sent to the visa office.  When I say visa office I mean a hot, dirty old room in the middle of the desert in which visas are issued.

The rule is that those who are first time in the country need to get their fingers scanned and a photo taken by the webcam.  As a result, no photocopies or passport photos are required.  The cost is €120 or $150, no Dirhams accepted.  I sat down, got my fingers scanned and photo taken, then the internet stopped working so I could not get my visa yet.  Unfortunately, the internet never came back on that day so the police confiscated all passports until the following morning and told us we had to sleep at the border.

Three of the passengers from the taxi did get there visas and were told they had to leave the border immediately.  One was a 9 year old boy, but his father’s visa wasn’t issued.  As a result, he got special permission to stay on at the border with his visa.  The police then gave us permission to stay in a hostel just over the border without our passports.  It was interesting to see who stays at this remote border; 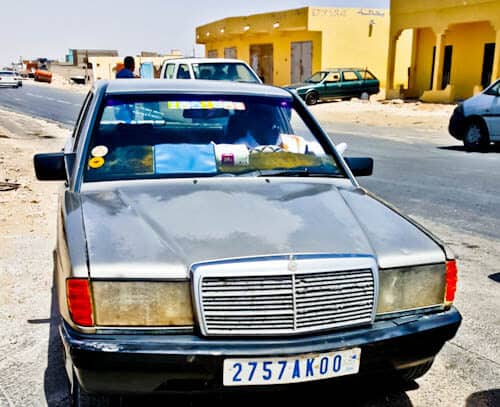 After a night at the border the visa office was supposed to open at 9am but it was actually around 11am before it opened.  The good news was that the internet was now working.  For this reason, I could pay €120 for my 30 day single entry visa and get the hell out of there!  The taxi driver was already back to take us to Nouadhibou.  Finally, I just had to tell the police which route I was taking through Mauritania and we were off.

Nouadhibou to Nouakchott by Minivan 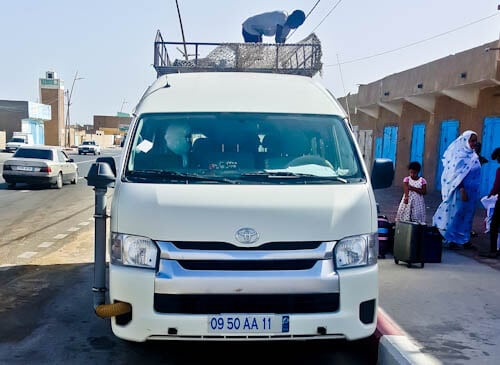 In Nouadhibou, the taxi dropped me off on the first roundabout on the way into town.  Less than 30 meters from this point is the bus station for the minibus to Nouakchott which has free WiFi on board and takes about 5 hours.  The company copies your visa several times to give to the police at the many police checkpoints.  The bus stopped for one toilet break midway to Nouakchott.

Nouakchott to St Louis via Rosso 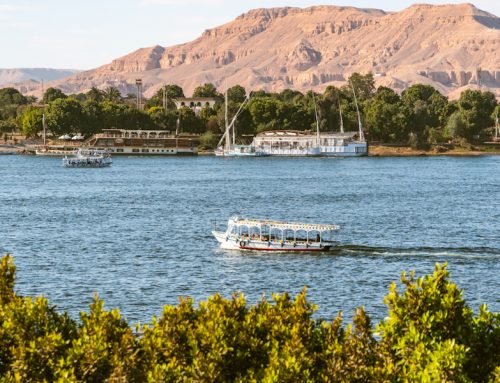 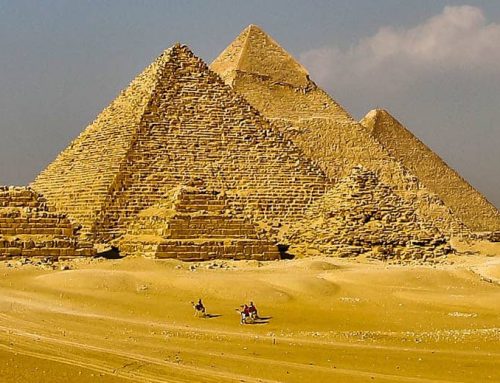 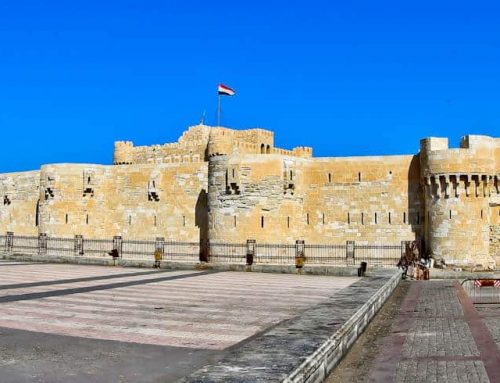 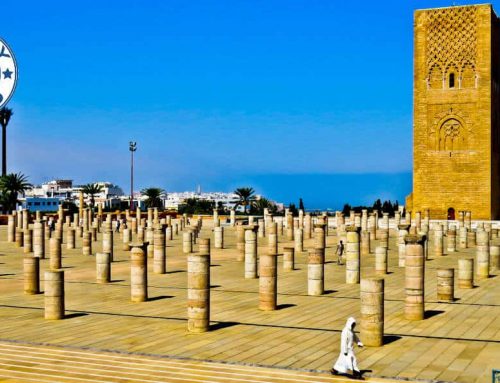 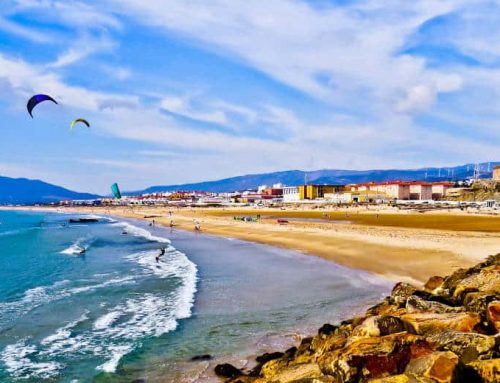