Day Trip to Sremski Karlovci from Belgrade or Novi Sad 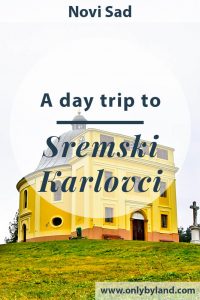 A Day Trip to Sremski Karlovci from Novi Sad or Belgrade

I was staying in nearby Novi Sad at the Hotel Prezident.  I visited on a day trip but if you stay overnight I recommend the Premier Prezident or Vila Prezident, both located in Sremski Karlovci. 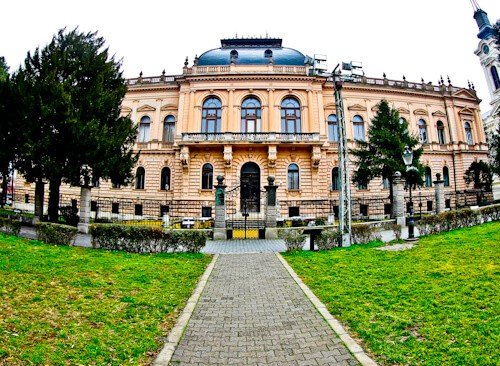 Arguably the most beautiful building in Sremski Karlovci is the Patriarch’s Palace.  This is also known as the Patriarchate Court.  Today, the palace houses the museum of the Serbian Orthodox Church.  As a result, you can go inside and explore the interior.  It was built at the end of the 19th century in the style of an Italian Palace.  To demonstrate, it looks similar to Centro Paolo VI palace in Brescia Italy which is now a hotel.  An alternate museum located nearby is the museum of Beekeeping. 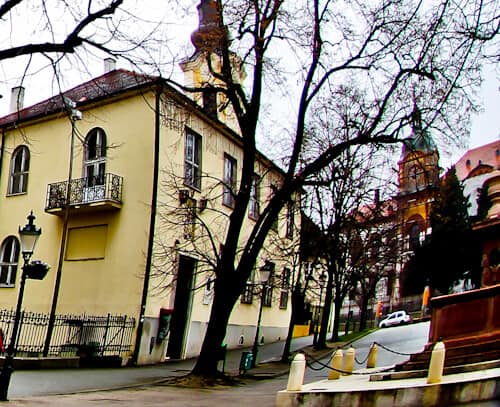 The main centerpiece of the central plaza is the Four Lions Fountain.  It was built at the end of the 18th century in Baroque style.  The town waterworks had just been created, for this reason they wanted a monument to celebrate.  Legend has it that if you drink water from the fountain, one day you’ll return to Sremski Karlovci to get married.  I must confess, I did not drink any water from the fountain therefore I cannot test this legend. 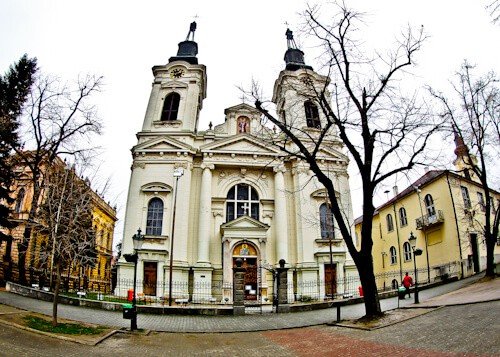 The cathedral church is regarded as a perfect example of Serbian Baroque architecture.  It was built at the end of the 18th century.  In addition, the interior is just as unique as the exterior with an iconostasis featuring icons by famous Serbian artists.  Furthermore, opposite the cathedral church is the stunning yellow Town Hall building. 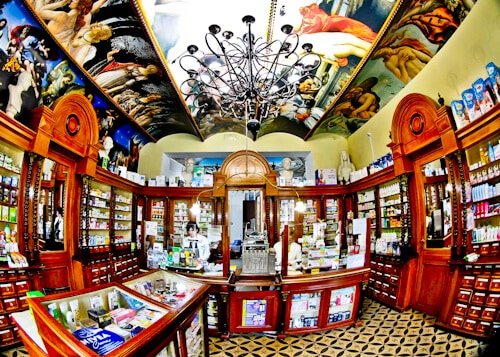 For me the Old Pharmacy is the most Instagrammable location in the town.  It dates back to the 19th century.  In fact the interior was brought from Venice and remains the same today as it did in 1880.  I expect however that the medicine on sale is a little more modern! 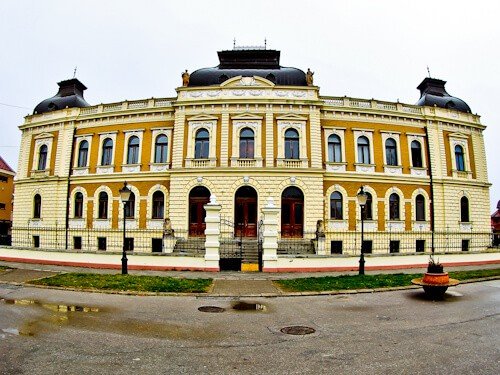 The Karlovci Seminary was the second seminary ever to be built.  The first is called the Kievan Seminary and is located in Kiev, Ukraine.  Furthermore, it was founded at the end of the 18th century.

The Peace Chapel is located on a hill a little outside the center of town.  It’s of significance because here is where the Treaty of Karlowitz was signed in 1699.  This treaty marked the end of the Austro-Ottoman war.  As a result the Ottoman Empire surrendered much of central Europe.  This simple chapel on a hill signifies a very important piece of history in Eastern Europe. 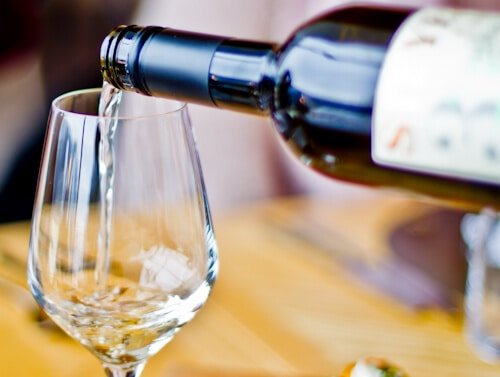 In the 1980’s it was not uncommon to see Yugoslav wines on the shelves of the supermarket.  Today of course, Yugoslavia no longer exists.  Furthermore, the wine industry was damaged during the Yugoslav wars.  However, wine regions still exist in some parts of the former Yugoslavia and Serbia is one of them.  Sremski Karlovci is part of the Serbian wine route, as a result you’ll see many wine cellars throughout this small town.

Where to Stay in Sremski Karlovci 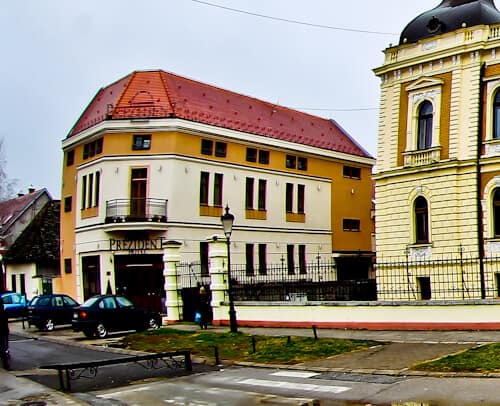 As I mentioned, I was staying in Hotel Prezident in Novi Sad and visited Sremski Karlovci on a day trip.  If you wish to do some nighttime photography or spend more time in the wineries there are some good overnight options.  I recommend the Premier Prezident which is located alongside many of the points of interest of the town.  Alternatively, you could choose Vila Prezident which is located in a peaceful location outside the town and offers several local wines.

How to get to Sremski Karlovci from Belgrade and Novi Sad

Sremski Karlovci is located on the main road and railway line that connects Belgrade to Novi Sad.  As a result you can take most trains or buses between these 2 cities and they’ll stop in Sremski Karlovci.  Furthermore, there are some local buses which travel direct from Novi Sad.  Travel time from Novi Sad is around 15 minutes, to Belgrade it takes over an hour.

Things to do in Novi Sad and Belgrade

Wren on a gorse bush 🇬🇧