A Day Trip to the Transfagarasan Road Romania 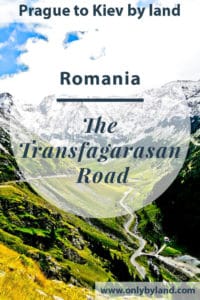 What to See on The Transfăgărășan Road Romania

The Transfagarasan Road Romania has been described by Jeremy Clarkson as the world’s best road trip.  You’ll see these sites on the best road in Romania;

You can easily fit a road trip into a day from either Brasov or Bucharest.  There are several hotels located on the Transfagarasan route if you wish to spend more time there. 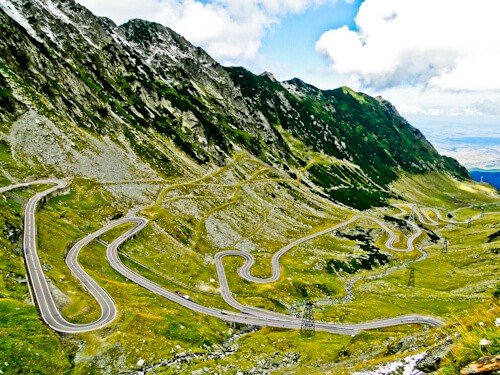 The Transfagarasan road Romania was built in the early 70’s under the rule of former Romanian dictator, Ceausescu.  It was built as a strategic route to be used if the Soviet Union were to invade Romania, which they never did.  The road passes the Fagaras mountains in between the towns of Cartisoara and Bascov.  The total length of the road is 90 kilometers.  The most picturesque part of the road are the curvy roads which ascend from Cartisoara to the mountains, as a result this is where you’ll see most Transfagarasan pictures. 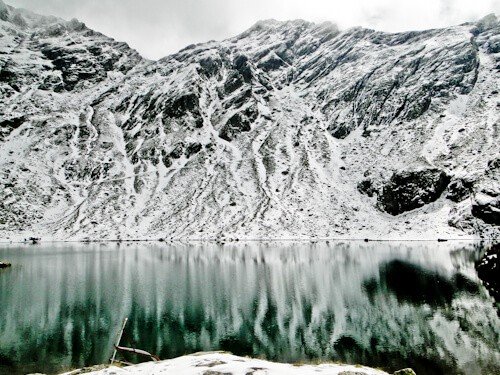 After ascending the curvy roads from Cartisoara there is a beautiful lake and waterfall.  Balea Lake is a glacier lake and at over 2000 meters in altitude it’s the highest lake in Romania.  For this reason, you can make some wonderful reflection photography here therefore some Instagram-worthy shots.  During the winter there’s an ice hotel located next to the lake, the first of its kind in Eastern Europe.  Additionally, you’ll also find a couple of chalets if you want to stay over.  These chalets are open year round but the road is not.  During the winter months you must access Balea Lake by cable car.  Furthermore, there’s free parking close to Balea Lake as well as food stalls. 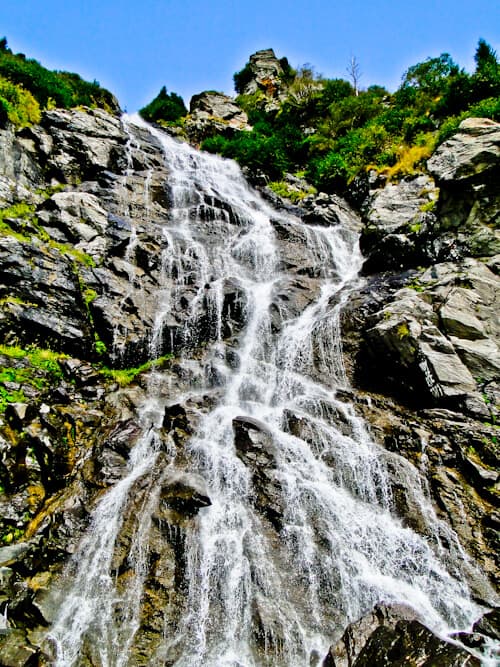 As you are driving from Cartisoara to Balea Lake you’ll pass by Balea Waterfalls.  These falls are at an altitude of 1234 meters and drop 65 meters.  They’re not the most beautiful falls in the world but definitely worth a photo as you are ascending the Transfagaras mountains along the curvy roads.  All things considered, the Balea Waterfalls are a popular stop on the Transfagarasan Road Romania. 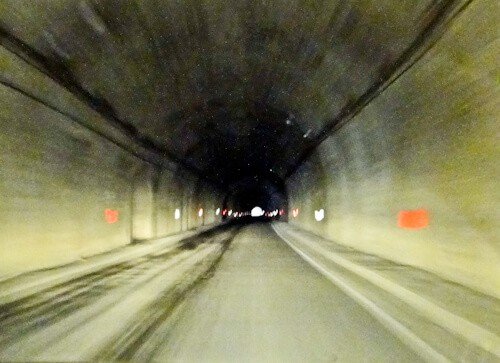 The Transfagarasan Road Romania has more tunnels than any other road in Romania, in fact, there are 5 tunnels.  The Balea Tunnel is the longest tunnel in Romania at 884 meters in length.  These tunnels were built by the military under terrible conditions.  Many junior personnel who had no experience with dynamite risked and lost their lives during construction of the road and tunnels. 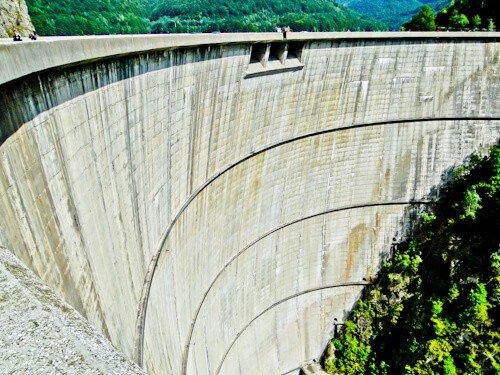 The Vidraru Dam was built in the 60’s before the Transfagaran Road existed.  As a matter of fact, when it was first built it was one of the most significant dams in the world.  Nowadays however, it’s just another dam!  Because the dam was built during the cold war there were some safety precautions put in place.  If the dam were to be bombed or damaged then the water would flood the nearby cities.  For this reason dynamite is placed in the mountains further down the valley to blow up the mountains and block the water in case the dam is destroyed. 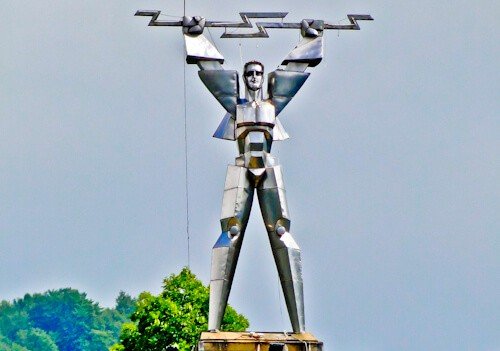 Overlooking the Vidraru Dam is a statue of Prometheus holding a lightning bolt.  It was designed by Constantin Popovici and erected in 1965.  It’s possible to climb the statue (via a staircase) for panoramic views of the Vidraru Dam as well as the lake.

Unlike Bran Castle, Poenari castle is the real Dracula’s Castle.  Poenari Castle is now a ruin but still worth a visit.  There a 2 good reasons to visit it, the first is to get some exercise by climbing the 1480 stairs to reach it.  The second reason is to be able to say you visited the real Dracula’s Castle.  Vlad the Impaler who lived in the castle is believed to have inspired the 1897 novel, Dracula written by Bram Stoker.

According to Jeremy Clarkson of Top Gear, the Transfagarasan road makes for the worlds best road trip , Enjoy!

You can easily hire a taxi or take a tour through the Transfagarasan route from Bucharest or Brasov.  The route is open from June to September, during winter it is closed.

Check out what to see and photograph in Bucharest and Brasov.