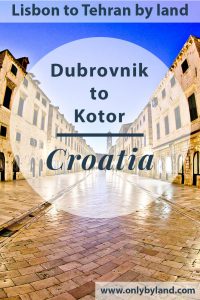 Dubrovnik Croatia – Things to do in the UNESCO city

Dubrovnik is famous as the ultimate Game of Thrones location, King’s Landing.  Things to do in Dubrovnik Croatia include;

There are thousands of hotels in Dubrovnik covering all price ranges. In addition, it’s worth checking out Airbnb. 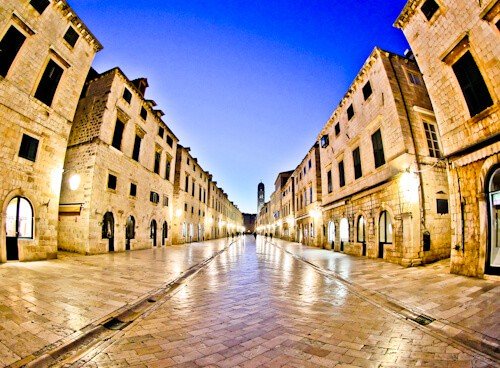 Stradun is the main street of old town Dubrovnik.  It connects the 2 main gates of the city and is around 300 meters long.  The Stradun is lined with restaurants, cafes and shops including Game of Thrones merchandise stores.  In addition there are several smaller streets leading off the Stradun, also lined with cafes and shops.  When you visit Dubrovnik it’s likely that the Stradun is packed with tourists.  To take a photograph of the street empty you must visit off season or wake up at sunrise! 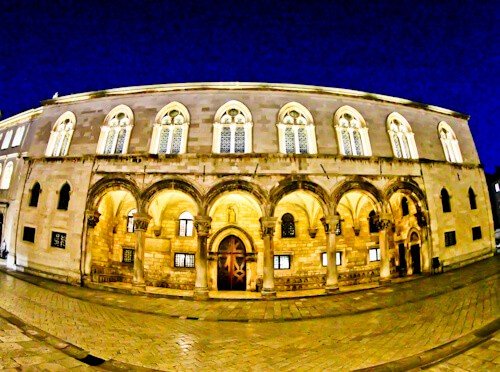 From the 14th to the start of the 19th centuries, long before Croatia became a country, Dubrovnik was part of the Republic of Ragusa.  Rector’s Palace was the home of the Rector of Ragusa as well as other administrative figures.  Furthermore, the building is a mixture of Gothic, Renaissance and Baroque architecture.  Nowadays the palace houses the Cultural History Museum, therefore it’s possible to visit the interior. 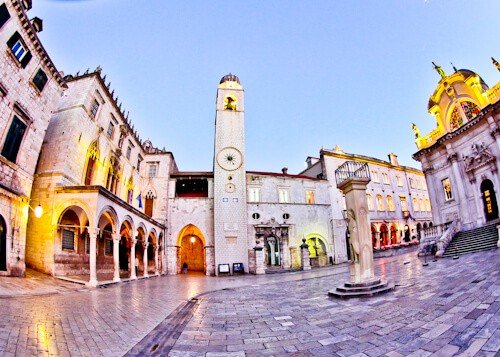 Sponza Palace is located at the end of the Stradun and nextdoor to the famous Dubrovnik Clock Tower.  The palace used to be a customs office, for this reason it’s also called Divona (meaning customs).  Additionally, the name Sponza comes from ‘spongia’ which is latin for sponge, historically, rainwater was collected here. 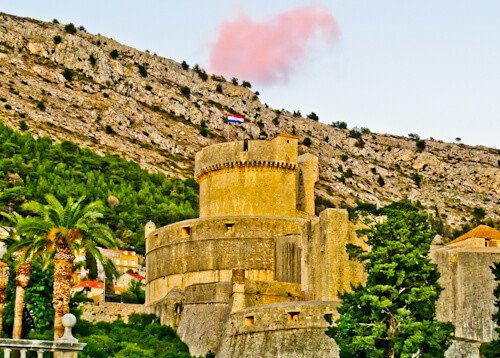 Minceta Fortress is located at the northern point of the city walls.  The land it was built on was the property of the Mencetic family, hence the name, Minceta Fortress.  Notably, it’s the highest point of old town Dubrovnik and offers panoramic views. 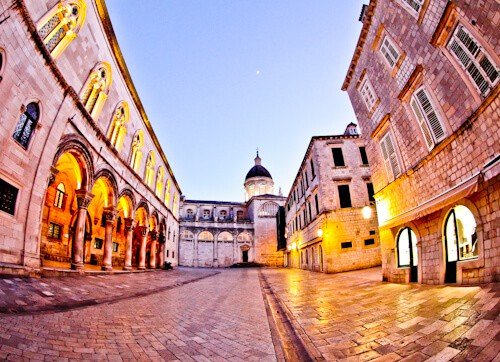 The history of Dubrovnik Cathedral dates back to the 7th century.  Since then it has been destroyed and rebuilt several times.  In fact it has been rebuilt as recently as last century.  It was damaged by the Montenegro earthquake of 1979 as well as bombed during the siege of Dubrovnik in 1991.  Unfortunately the cathedral is dwarfed by surrounding buildings making it difficult to see.  As a result it’s best photographed as a dome pointing out above the streets of old town Dubrovnik. 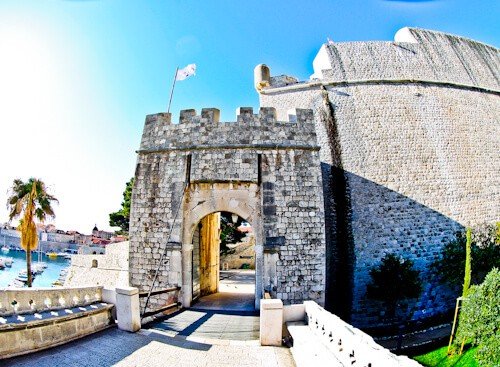 Ploce Gate is the eastern entrance to Dubrovnik old town.  Originally there was a drawbridge which could be lifted up at night for security.  Nowadays however, there is a permanent stone bridge you cross to enter.  Surrounding the Ploce Gate is the Revelin Fortress.  The Revelin Fortress was built to strengthen defences of the city in preparation for a potential attack by the Venetians. 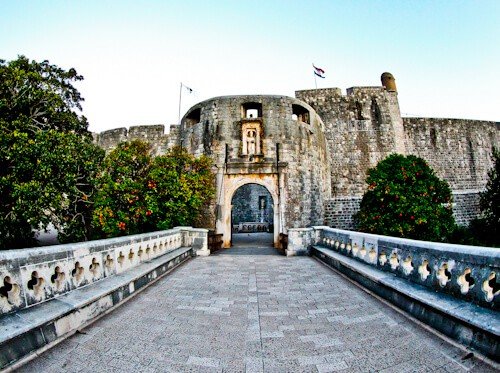 The stone bridge which crosses over to the Pile Gate is one of the Instagrammable locations of Dubrovnik.  Furthermore, it used to be a drawbridge which was closed each night to deter unwanted guests.  There is actually another gate as you walk in, this shows how secure this fortress was.  Additionally, if plan need to visit other parts of Dubrovnik, the local bus station and taxi rank are located outside Pile Gate.  Check out other Instagrammable locations in Croatia. 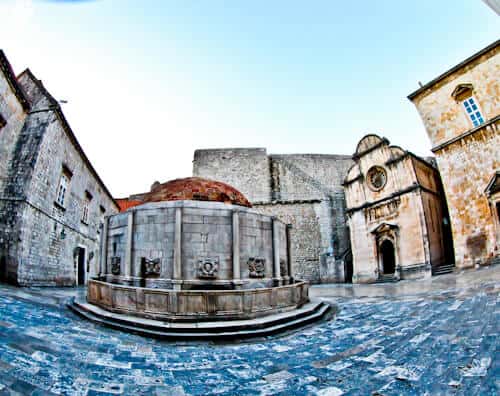 As I mentioned earlier, Sponza Palace used to be the area where water was collected.  However, the system used there to collect water was inefficient and there were often droughts as well as water shortages.  In fact, the situation was so bad that ships would bring fresh water from a nearby spring to sell in the city.  To resolve the water shortage problem, Onofrio’s fountain as well as an aqueduct system were built to fetch the water. 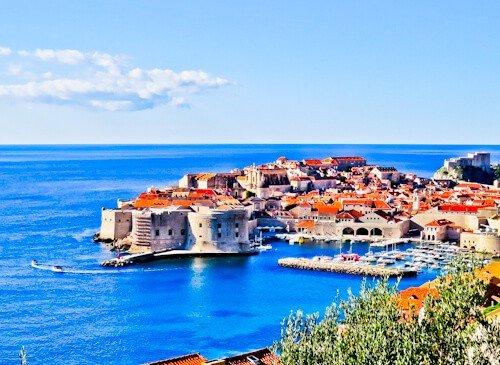 There is a cable car which ascends a hill alongside Dubrovnik.  As you ascend and descend you’ll get the best views of the old town.  Even though you get good views, it’s likely there’ll be other tourists blocking the view, with this in mind you may consider walking up.  In my opinion the top of the hill is a little far from old town so you don’t need to walk all the way up.  In fact, you can walk to the south of Dubrovnik to take a wonderful panoramic of the old town (above).  As a result you don’t need to walk up the hill or line up to take the cable car. 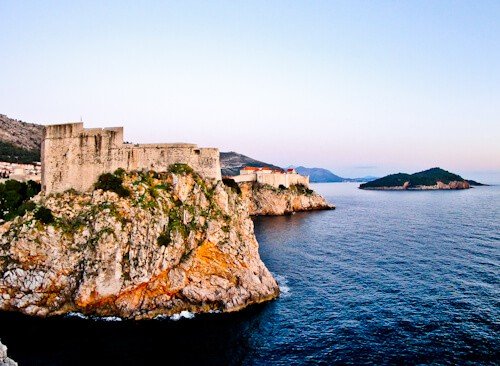 Just off the coast of old town Dubrovnik is the small island of Lokrum.  There are several boat tours and ferries that make the trip to Lokrum Island.  A piece of history you can see on the island are the ruins of Benedictine Monastery.  In addition, King Richard the Lionheart used the island during the third crusade, as a result of a shipwreck.  Nowadays you can swim and snorkel around the island as well as explore the forested area.


How to get from Dubrovnik to Kotor 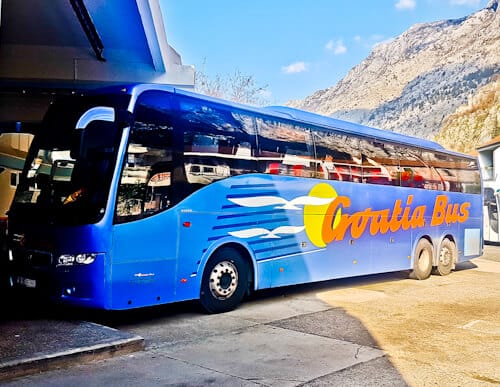 There are limited bus journeys between Dubrovnik Croatia and Kotor Montenegro so plan your journey in advance.  Timetables can be viewed online, additionally it’s cheaper to buy your bus ticket online.  Thankfully this route does not pass through Bosnia so there are only 2 sets of passport control to go through.  The journey takes around 2 hours and costs less than €20.