For the Edinburgh Historic Underground tour you meet your guide at the Mercat Cross.  Your guide will introduce himself / herself and explain a little about the tour before heading underground. 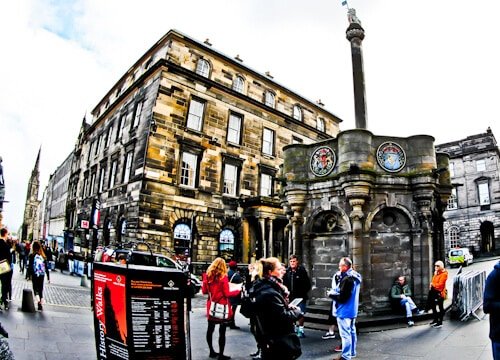 The tour starts from the Mercat Cross on the royal mile which is really easy to find.  There is a Mercat tours information kiosk located in front of the cross which you should check out for other tours as well.  I went on the 2 pm Historic Underground tour.  When I arrived 10 minutes early the Mercat staff were there and ready to organize the group and introduce the guide.

If you haven’t bought a ticket, you can turn up 10 minutes before your tour leaves and buy a ticket.

What are the Edinburgh Underground Vaults? 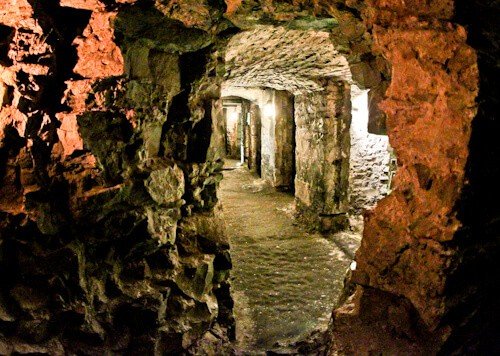 In the late 18th century, vaults were built under the Edinburgh south bridge and sold as working space.  The vaults were used to house businesses, cobblers and other tradesmen.  It was also used as storage space for illegal materials.  The infamous serial killers Burke and Hare killed people in Edinburgh and carried out medical experiments on their bodies in these vaults.

If you look for the South Bridge today it’s still possible to see parts of it, ask the guide for details. 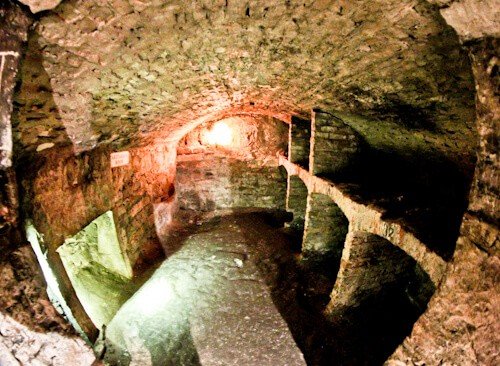 After around 30 years of use by businesses, the vaults were abandoned.  They were abandoned due to severe damp conditions and very poor air quality.  When the businesses left, the poorest of the poor moved in.

As you go through the various vaults the guide will explain exactly what went on in each one.  He will explain the terrible conditions people lived in and where the dead bodies were.

When I visited they were not so damp and the air quality was good!  Things have changed in 200 years. 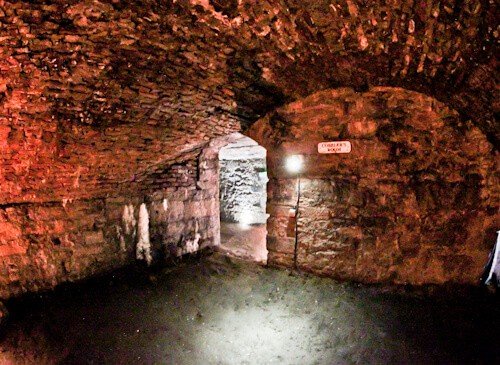 A couple of strange things happened when I was in this underground vault.  I was taking a photo and another tourist walked in front of me.  The lady said sorry and moved out of the way.  When I revised the photo there was no tourist in it.  Was that someone on the tour or a ghost I spoke to?  The other strange event that happened was when I was viewing the room through my cell phone I could see an orb moving.

Mercat also do ghost tours which must be scary if strange things happen on a normal tour. 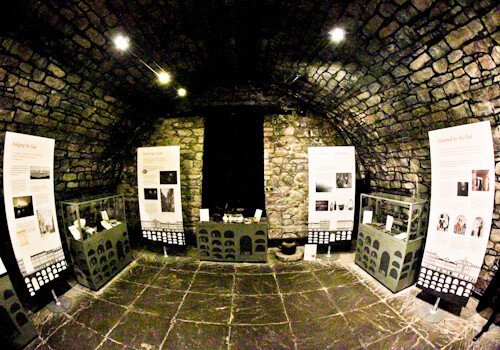 The last room you will visit on the tour is the discovery room.  This room features artifacts that were found whilst excavating the vaults.  You are free to explore this room and pick up a few of the artifacts in there.  On the floor there is a huge kettle which will be the heaviest kettle you ever pick up.  If you haven’t got enough information on the underground vaults then you can do a little extra reading in here. 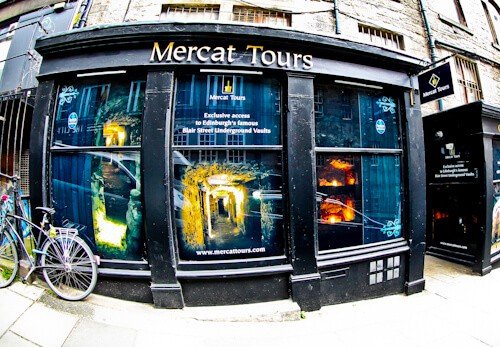 The tour ends at the Mercat Tours ticket office on Blair Street which is also the entrance to the underground vaults.  This is a short walk from the Royal Mile where you started the tour.

Did you know the deepest underground city is in Cappadocia, Turkey? Sofia, Bulgaria also has a historic underground.