Estadio Do Dragao is known as the Dragon Stadium and is home of FC Porto.  Reasons to take an FC Porto stadium tour include;

I recommend you book the stadium tour online as it’s much cheaper than paying at the stadium. 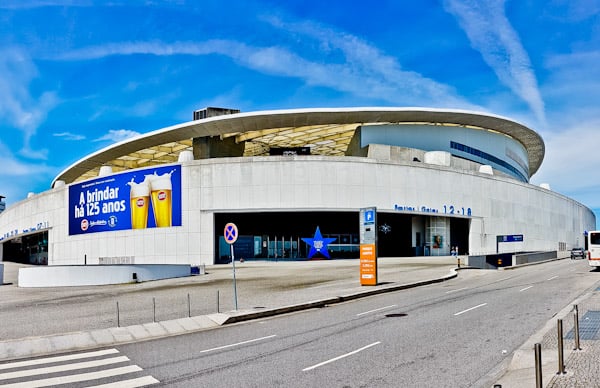 The Dragon Stadium is in eastern Porto.  It’s very easy to get to, simply take the Porto Metro to Estadio Do Dragao station.  The stadium is right beside the Metro station.  Furthermore, there’s a shopping mall beside the stadium if you wish to eat before or after the stadium tour. 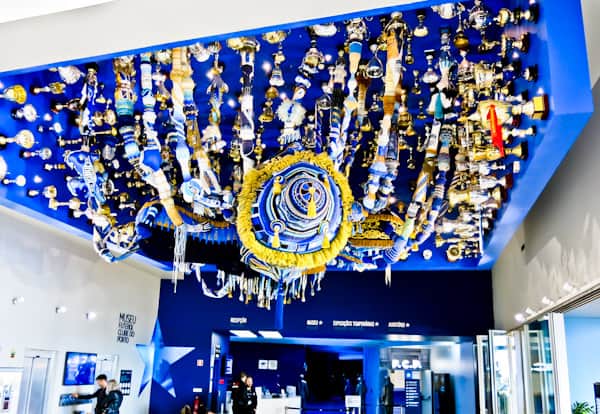 When you enter the Dragon Stadium reception, be sure to look up.  There’s some detailed artwork which shows FC Porto are proud of their stadium. 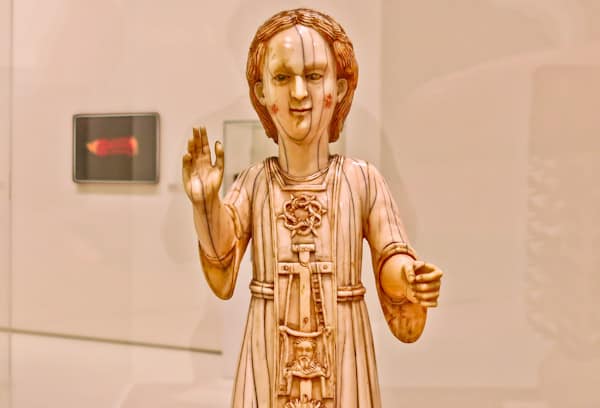 Firstly, before you enter the official Porto museum, be sure to check out the room on the right.  This is full of religious artefacts which are related to FC Porto in some way.  As well as some pieces which look like they’re from a Chilsplay movie.  There are some which feature a spooky looking Virgin Mary with her newborn son. 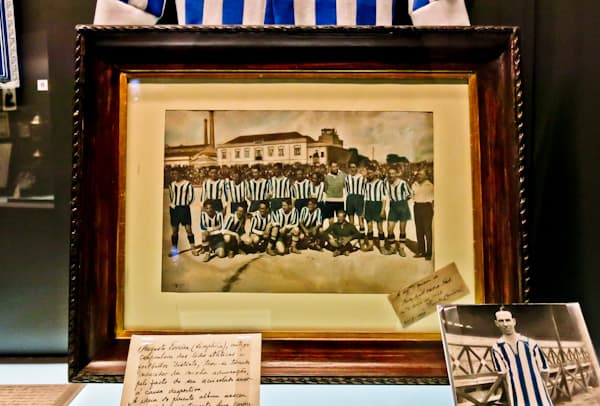 The FC Porto museum explains the clubs beginnings at the end of the 19th century.  From here you’ll see rare memorabilia which takes you through the war years and up to the present day.  You can even pose for pictures on the FC Porto Champions League double decker bus. 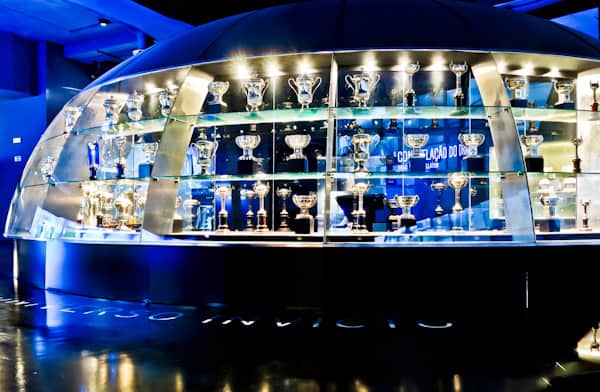 In addition to multiple Portuguese League and Cup victories, FC Porto have won both the Champions League and Europa League.  That’s more success than both famous British teams, Arsenal and Celtic.  As a result, they have a very impressive trophy cabinet.  There is also a special section for their most significant victories where you can watch highlights of the successes unfolding. 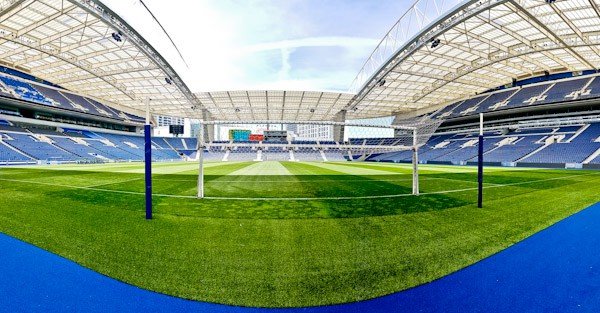 The Dragon Stadium is the third largest in Portugal after the Benfica and Sporting Lisbon stadiums.  However, when I asked the guide he told me it was the second largest so there is some debate about this.  Its official capacity is just over 50,000 and it was designed by Portuguese architect, Manuel Salgado.  As well as being the home stadium of FC Porto, it also hosts the Portugal national team from time to time.  Additionally, the FC Porto stadium was a Euro 2004 host stadium and eventual winners, Greece played here twice.  Lastly, famous bands including the Rolling Stones and Coldplay have performed concerts here. 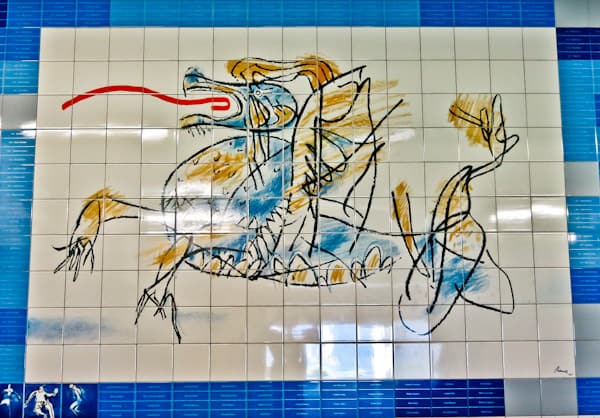 Portugal is famous for Azulejos.  As a matter of fact, 2 of the most famous Porto landmarks include the most striking azulejos in the country.  These are of course, Sao Bento train station as well as Carmo and Carmelitas church.  Did you know the interior of FC Porto stadium is also decorated with azulejos?  My favorites are the Dragon azulejos.  This was created to celebrate the first game in the stadium which was a friendly with Barcelona.  Each Porto players name is inscribed around the artwork. 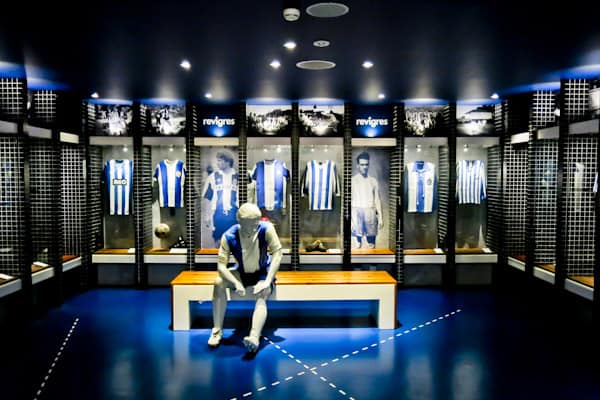 The FC Porto stadium tour does not include a visit to the home team dressing rooms.  This made me think, do they hold a secret to the teams success?  FC Porto have won both the Champions League and Europa League after all!  Alternatively, you can view historic changing rooms in the museum.  Although these are modern, they feature both historic shirts as well as images of FC Porto legends. 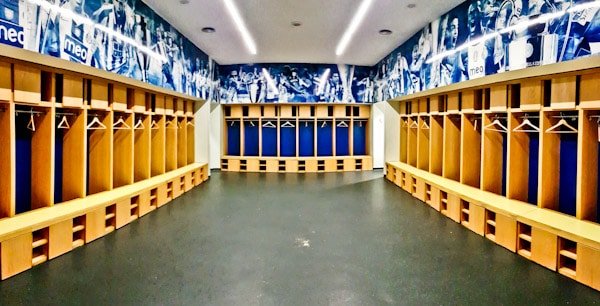 An interesting fact about the away team dressing room is that the visiting team can customise it.  For example, if Portuguese rivals Benfica are in town, they’ll replace the blues with the red Eagles of Benfica.  Similarly, European rivals such as Liverpool or Athletic Bilbao will convert the changing rooms to red.  Visiting teams on a lower budget however, must accept the FC Porto decorations.  Nonetheless, the away team dressing rooms offer good facilities for the visiting team. 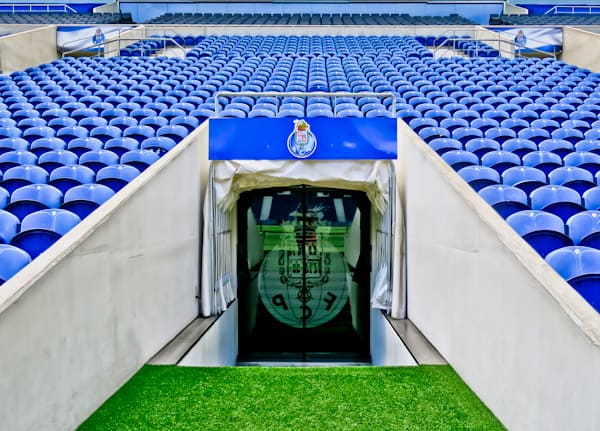 One of the most exciting parts of the tour is walking through the players tunnel to the pitch.  So many legends have made this walk and you’ll likely recognise it from TV. 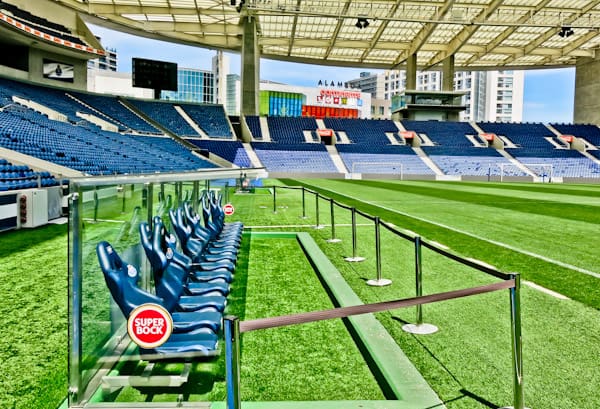 Once you arrive pitchside, you’re invited to sit in the iconic FC Porto dugout.  You can sit where Jose Mourinho sat as he led them to be Champions League winners. 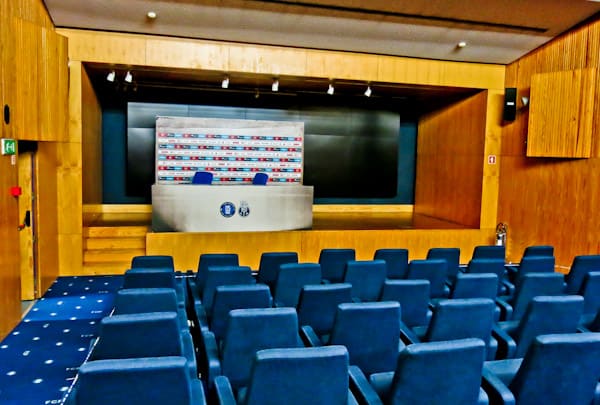 After FC Porto play, a press conference will be held where journalists can ask about the game.  You’re welcome to sit where the managers and famous players sit and pose for pictures. 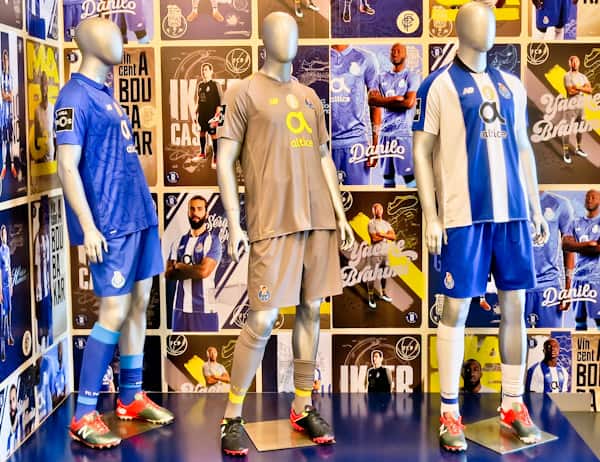 Of course the stadium tour ends in the club shop.  However, you may want to visit here first if you wish to pose in the stadium in FC Porto merchandise.  A product which caught my eye in the club shop was the FC Porto Port.  Port is the famous drink in the area and combining it with the football team makes an excellent gift.

How to get from Central Porto to the FC Porto Stadium 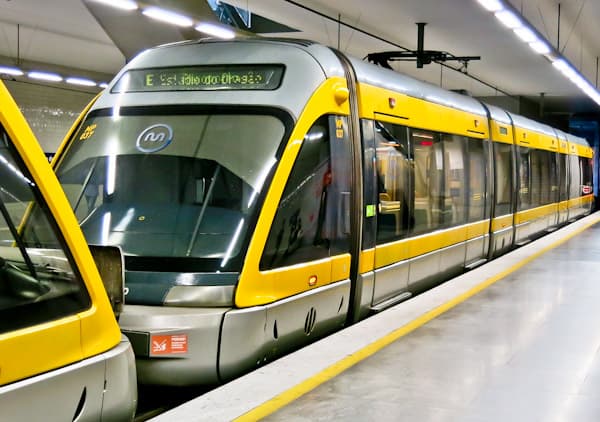 Firstly, it’s too far to walk to the Dragon Stadium therefore you must take the Metro.  However, it’s only 3-4 stops and incredibly easy to get to.  As a matter of fact, the final stop is Estadio Do Dragao so you cannot get lost!

I highly recommend the FC Porto stadium tour if you have a spare few hours in Porto.  Not only will you learn about the football team but also about the city it represents.  In addition, you’ll see some very unique azulejos.  Remember, it’s cheaper to book the stadium tour online.

Check out the Benfica, Sporting Lisbon and Athletic Bilbao stadiums.