Grand Bassam is a small UNESCO town a short drive from Abidjan in Ivory Coast.  It was once the capital of French Ivory Coast and there are a lot of things to do in Grand Bassam. 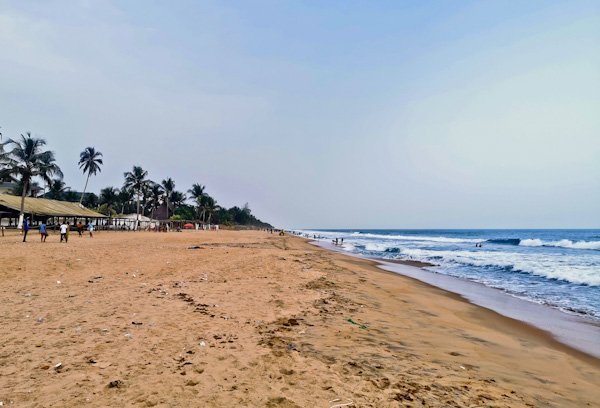 Many visitors come to Grand Bassam simply for the beach.  What’s more, this very long beach is lined with resorts and restaurants which may tempt you to stay longer than you originally planned. 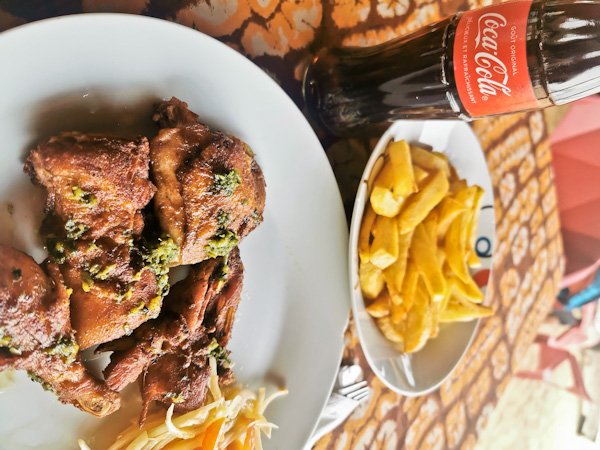 For some reason, I chose a traditional chicken and chips but you may wish to go for a seafood meal.  There are several restaurants along the beach and I found Drogba Beach restaurant to be good value and frequented by locals. 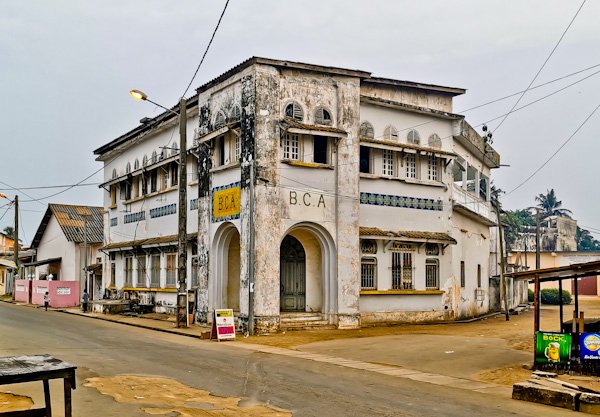 Grand Bassam was the French capital of the region and therefore housed a large bank.  The BCA now lies abandoned and this is the only abandoned property in the UNESCO city which you cannot enter.  Nonetheless, you can still admire the architecture and maybe even imagine how it was back in the 1890’s.  Finally, this is perhaps the best kept property in Grand Bassam where you can still admire French tiles. 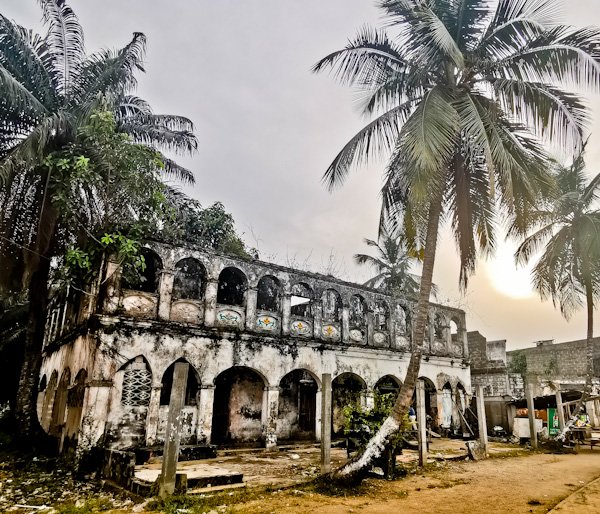 The largest abandoned building in Grand Bassam is the former Hotel de France.  Once a grand hotel you need to really stretch your imagination to picture how it once was.  As a matter of fact, due to the fact it’s partially occupied by squatters and parts of it are in disrepair you must be careful if you explore the interior. 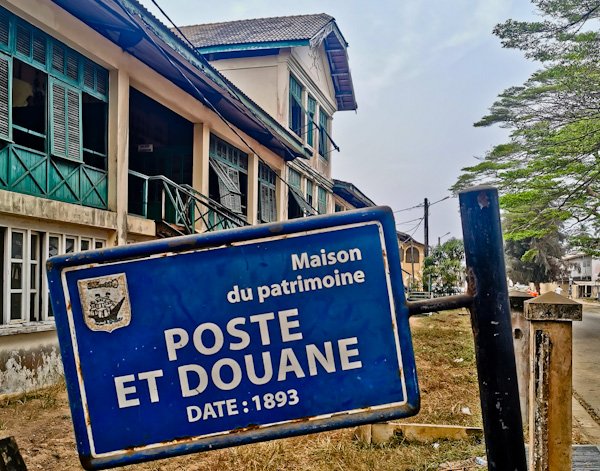 Anything that passed in and out of Grand Bassam must first pass through the huge Post Office and Customs house.  Today, this building has been partially restored and you can safely explore the interior as well as the gardens. 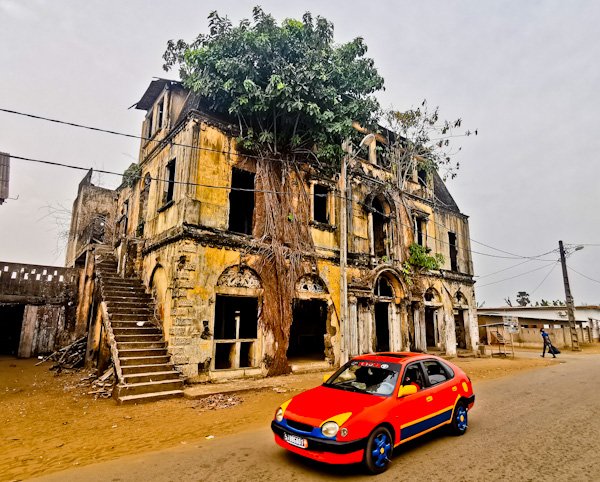 One of the most interesting ruins in Grand Bassam is Ganamet House.  This French colonial era house was originally built in 1920.  However, it was soon bought by a Lebanese trader called Mr Ganamet.  He modernized the property and as a result, it now features middle eastern architecture. 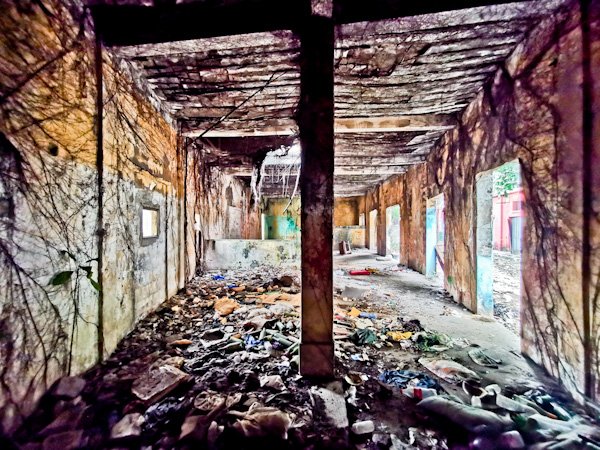 Adjacent to the luxury Hotel de France was a slave house.  Slaves would be locked in here waiting for a ship to come into port.  This is the perfect example of how the racism we still see today first began.  In one building are privileged white people whilst the adjacent building has black people in shackles. 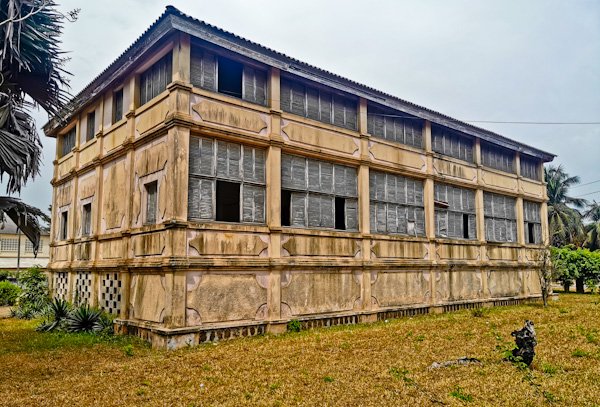 People Photography in the Historic Center 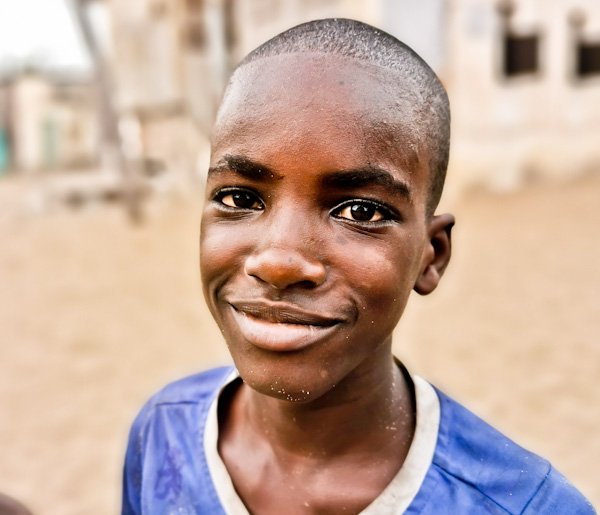 As you explore Quartier France I expect there’ll be lots of friendly locals.  I met this young boy wearing a Didier Drogba Chelsea shirt.  He was more than happy to pose for a portrait picture. 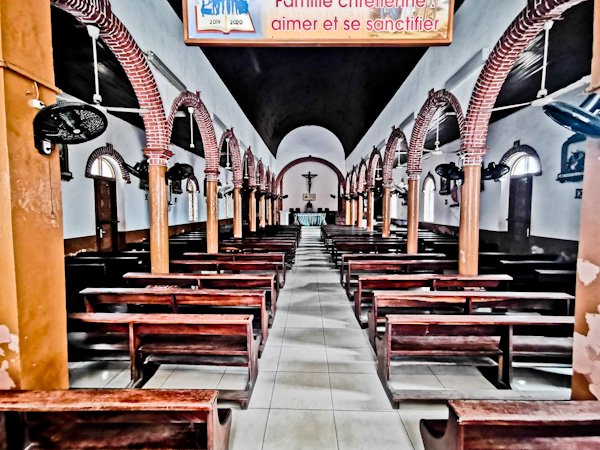 Sacred Heart Cathedral is known as the Sacre Coeur of Ivory Coast.  It’s not as impressive as the churches in Yamoussoukro or Abidjan but worth visiting nonetheless.

Monument to the Dead 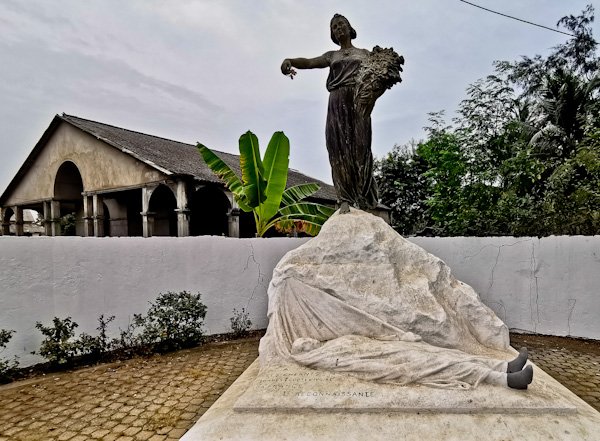 Grand Bassam was the capital of French Ivory Coast from 1893 to 1896 when it was suddenly moved to Bingerville.  The reason it was abruptly moved from Grand Bassam was a yellow fever outbreak.  A memorial to those who lost their lives is adjacent to the church.  Personally, I would think the natives were pleased to see the back of the French who arrived, enslaved their people and stole anything of value! 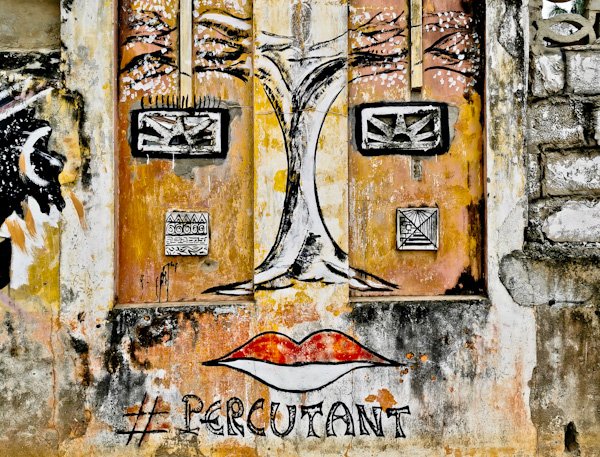 Street Art in ghost towns and inside abandoned buildings always feels different.  Take the abandoned Ducor hotel in Liberia or Sniper Tower in Mostar as examples. 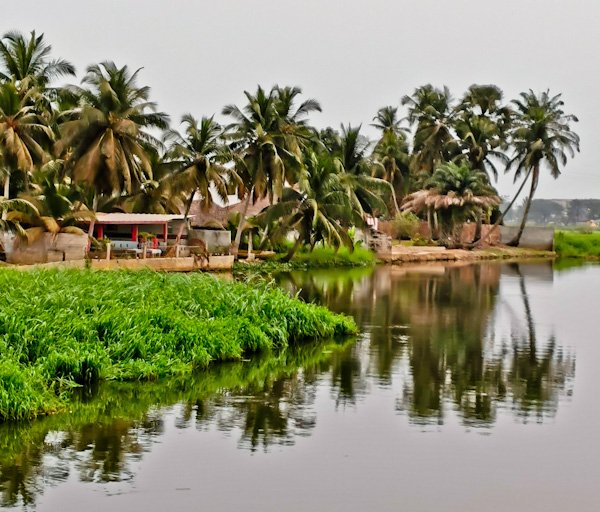 Victory Bridge connects the historic Quartier France to the Petit Paris area of Grand Bassam.  But why is it called Victory Bridge?  At the start of the 20th century several men were put in prison for political reasons.  Their wives crossed the bridge as part of a protest to release them.  Eventually, the men were released and this became known as the Walk of the Women.  The bridge they walked over became known as Victory Bridge.  Finally, the views from the bridge can be stunning, especially towards sunset. 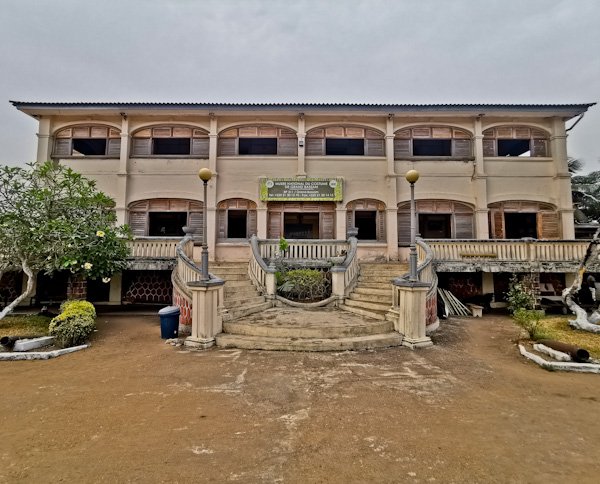 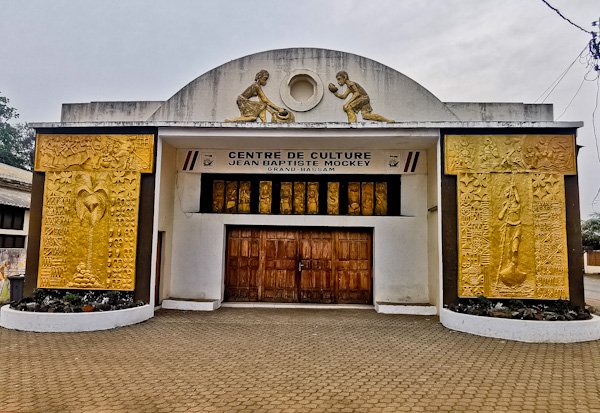 It’s hot in Grand Bassam therefore wear and hat and drink plenty of water.  Also consider visiting the abandoned buildings late afternoon when it’s cooler.  Don’t leave it too late though as you don’t want to be in these buildings when it’s dark.  You may have to find a guide to show you into these buildings.  Not only will the guide make sure you’re safe but they’ll also give you permission to enter. 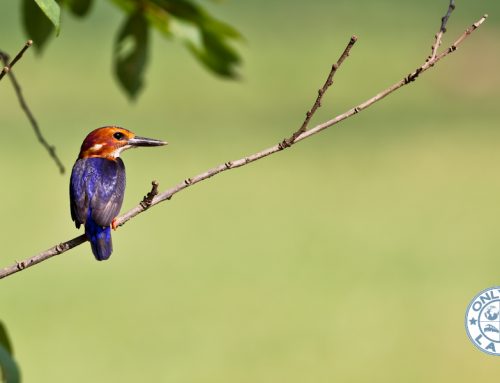 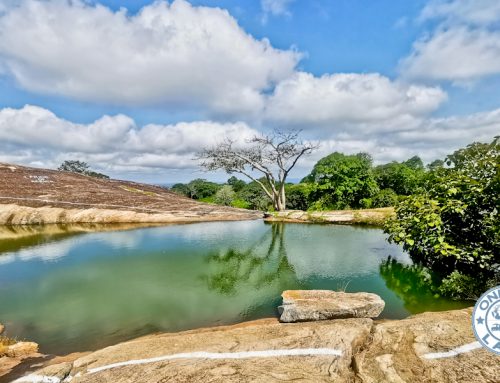 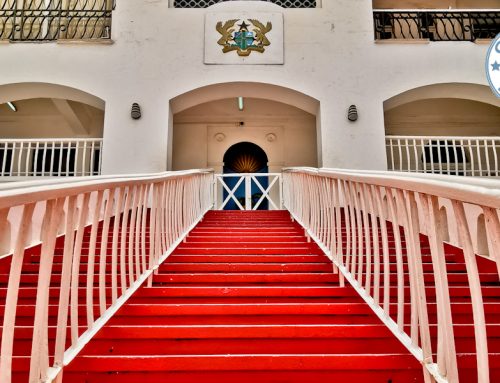 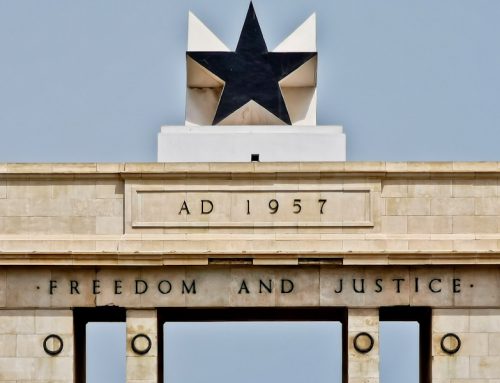 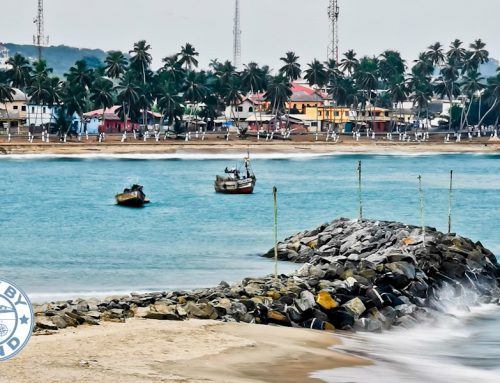 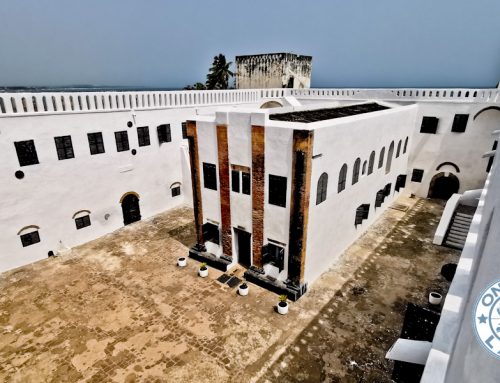 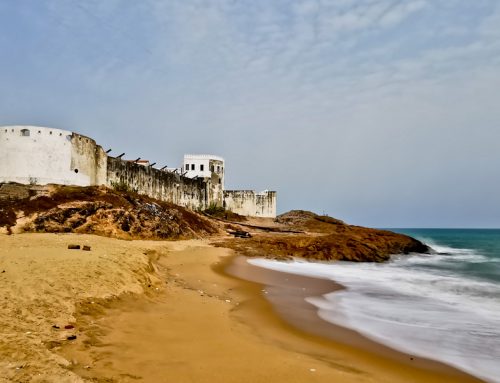 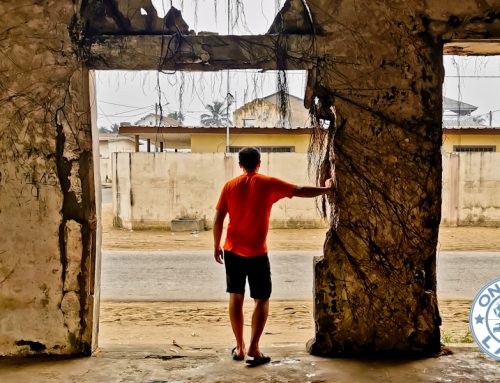 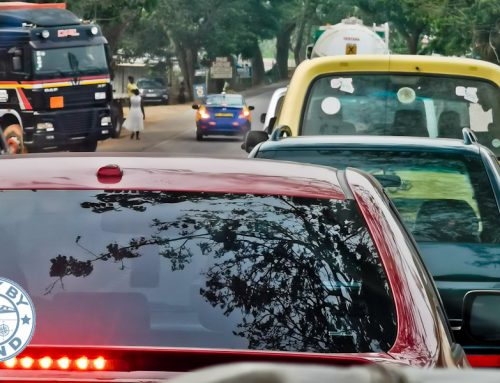 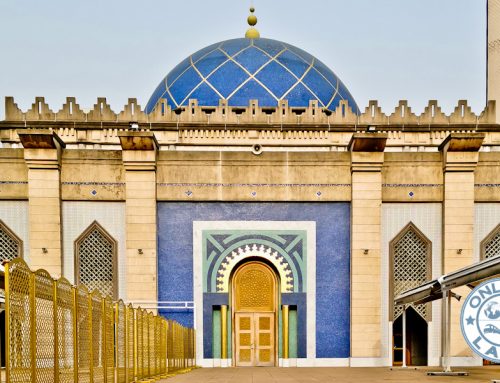 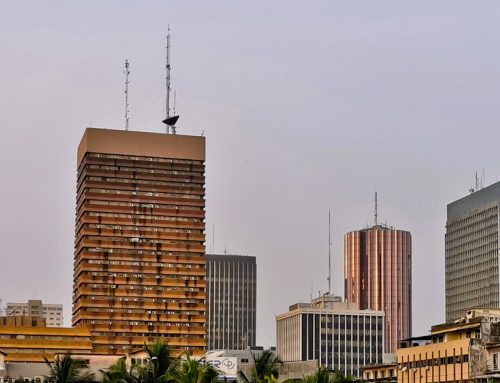 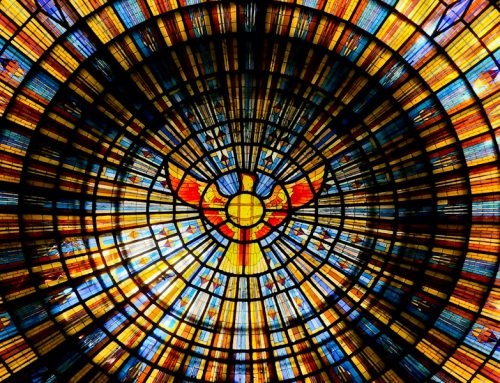 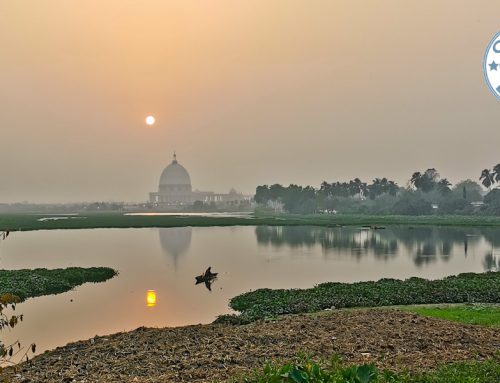 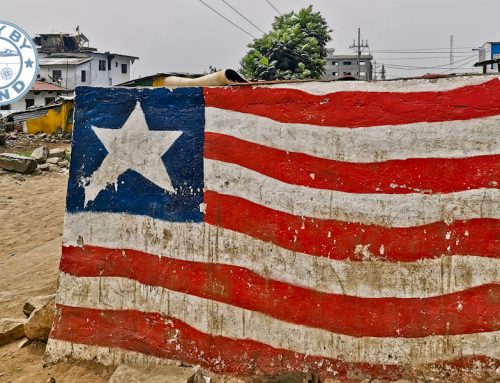