How to get to Nordkapp and Honningsvag

Nordkapp, Norway is the northernmost part of Europe.  As a matter of fact it’s deep in the Arctic circle, about 2,100 km from the North Pole.  To celebrate this fact, there is a museum and a globe monument.

How to get to Nordkapp

The best way to get to Nordkapp is via Alta or Honningsvag.  For this reason, I flew with Norwegian Airlines to Alta, took the bus to Honningsvag, then a return bus trip from Honningsvag to Nordkapp.  It is possible to fly direct to Honningsvag, but after investigating online, I found there were much better value flights to Alta.

Bus from Alta to Honningsvag to Nordkapp

Before arriving in Alta, I went online and bought a 3 day unlimited bus travel, Arctic pass.  I used this pass for my local bus from the airport in Alta and also for the long distance services to Honningsvag, Nordkapp as well as the entrance fee to Nordkapp.  Finally, if you’re only going to Nordkapp on a return trip from Honningsvag then its slightly cheaper to get the ticket on the bus, than the arctic pass.

Things to do in Nordkapp 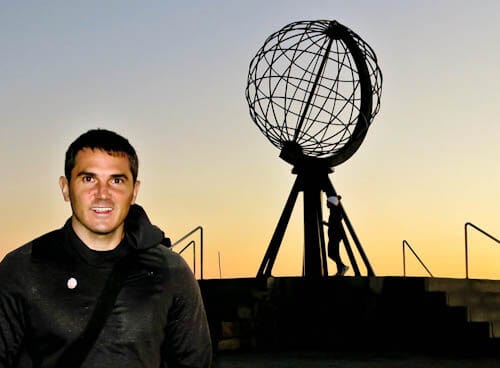 It’s very important to get a photo with the globe monument when in Nordkapp!  This is the official symbol of the northernmost point of mainland Europe.  Also at Nordkapp you’ll find a visitor center, museum, cafe, Thai temple, movie theater as well as the peace monument.  Did you know the westernmost part of mainland Europe is Cabo da Roca which is west of Lisbon, Portugal. 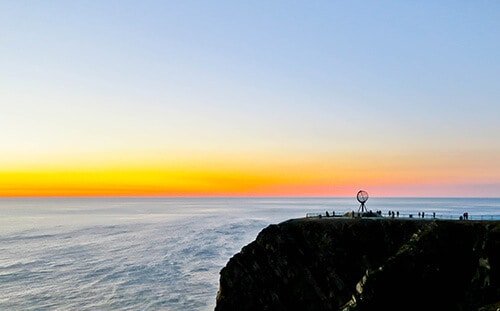 There are lots of tourists at the North Cape globe monument taking their photos.  An interesting fact is that many of them are finishing long road or bike trips through Europe.  For this reason, the Globe Monument is a symbol of the end of their journey.  It’s the end of the journey because they cannot go any further north (by car or bike). 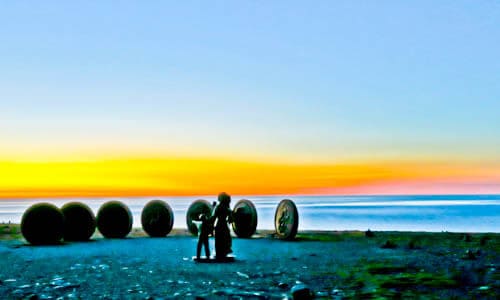 The peace monument is actually 7 monuments which were made by 7 children from different parts of the world.  It symbolizes cooperation, friendship, hope and joy across all boundaries. 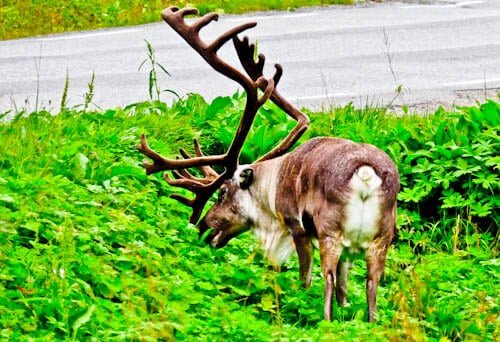 On the short journey to Honningsvag, keep your eyes open for reindeer.  When I passed, I saw several grazing at the side of the road.  If you’re lucky, the friendly bus driver will slow down so you can photograph them.

How to get from Nordkapp to Honningsvag 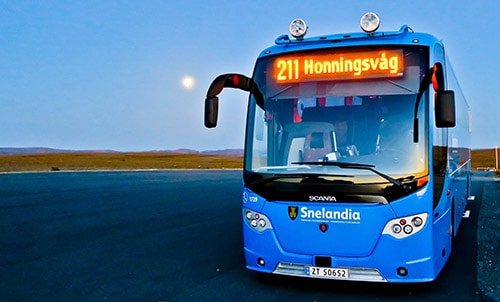 The journey from Nordkapp to Honningsvag is a 32 km bus ride south which is the return trip from Honningsvag.  Check the Honningsvag to Nordkapp local bus timetable to organise your return trip.  Throughout summer there are 6 buses a day but in winter there’s only 1 bus per day.  If you take a return trip you get about 2 hours at the site which is more than enough time.