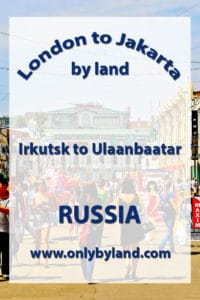 Irkutsk is a city in Siberia, Eastern Russia.  Irkutsk offers the following points of interest for tourists and photographers;

Irkutsk is a very walkable city, you can get to most points of interest on foot.  The hotels are decent value in Irkutsk but airbnb is the best option. 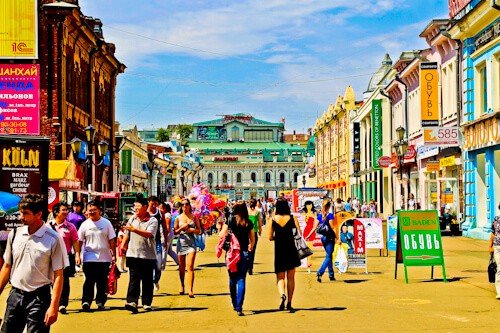 Irkutsk is often referred to as the Paris of Siberia but I found it to be much more colorful than Paris.  Whilst walking around the center ‘Tsentralnny’ you’ll come across lots of restaurants, shops, shopping malls, markets and also beautiful buildings.  Photographers will spend hours walking around photographing all the beautiful buildings.  Ordering food in restaurants is fun too as most menus are in Russian language and you’ll be lucky to find an English speaker. 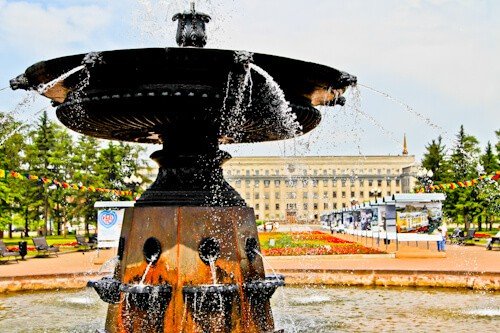 Kirov Square is a beautiful square, when I visited there was an outdoor art gallery on.  Kirov square is well looked after and the garden was immaculate too, I’d love to visit in winter when it’s covered in snow.  Around Kirov Square there are many points of interest including churches, museums and many picturesque Russian buildings like the one photographed above. 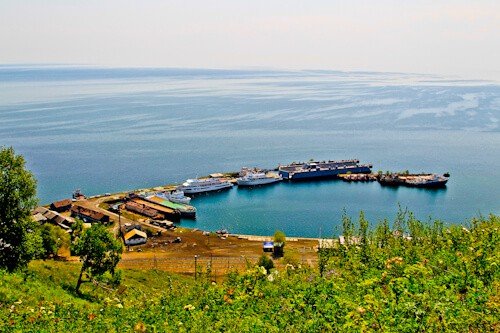 Lake Baikal is a UNESCO World Heritage Site a short drive from Irkutsk. Here are some Lake Baikal facts

There are Baikal Seals in the water, if you see a black dot in the distance it will likely be one.  Baikal Seals are unique to Lake Baikal. 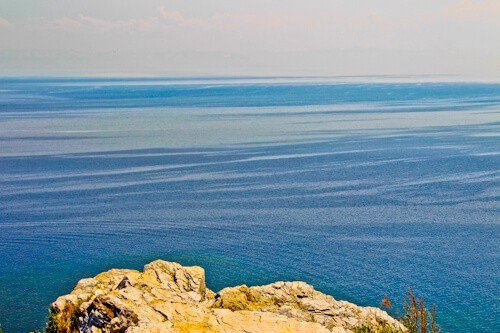 The reason I have included a picture of Lake Baikal with a small white cliff edge is because nowadays tourists are looking to visit Instagrammable places.  What could be more suitable for an Instagram pose than this location on Lake Baikal.  With all the incredible stats about Lake Baikal mentioned above, there would be plenty to boast about in the Instagram caption! 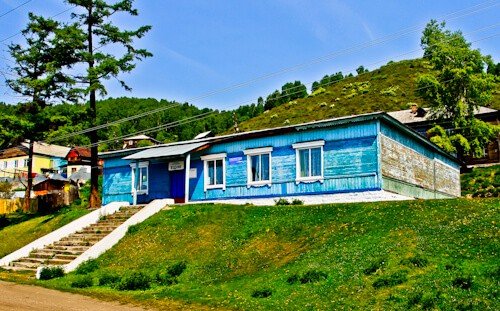 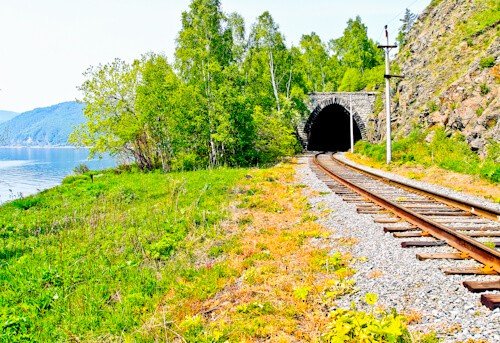 You must take the ferry over from Listvyanka to Port Baikal as this gives you bragging rights to having sailed on largest freshwater lake in the world.  Once in Port Baikal you can walk on the old Trans Siberian railway route, called the Circumbaikal railway.  The Circumbaikal railway is impressive because of it’s tunnels and the amount of hard work gone into constructing it.

In the early 1900’s the Trans Siberian stopped at this side of Lake Baikal in Port Baikal.  The passengers had to take an ice breaker ship to the other side of the lake before continuing the journey east.  Today in Port Baikal you’ll find an abandoned railway station and lots of abandoned and rusty train parts as no-one passes through there anymore. 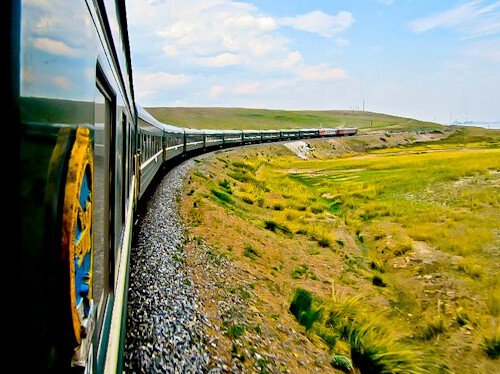 The good news for those who did not get off the train in Irkutsk is that the train tracks pass right beside Lake Baikal so you can still appreciate the southern part of the lake for about an hour as you pass it.

From Irkutsk I took a second class Trans Mongolia train to Ulaanbaatar which was an overnight train. There are 4 berths in the second class cabins, I was sharing with a 60 year old male Austrian tourist who had dreamed of taking the Trans Mongolian all his life, you’ll find a lot of tourists on the train fulfilling their dreams of traveling this route.  The other 2 berths in my 2nd class cabin were empty.

There were lots of Mongolian traders on this train, returning from Irkutsk with merchandise to sell back home. They were hiding their merchandise in the roof of the train and in other cabins ready for going over the border and passing through customs. It was clear to me that the merchandise they were hiding was clothing but other tourists were worrying about going through customs with all these bags of clothing hidden everywhere in the train. When Mongolian customs came on the train it seemed they knew exactly where to look for the clothing and found it straight away, I don’t know if they confiscated it or took a bribe but the Mongolian traders were quiet for the rest of the journey to Ulaanbaatar.

You need to have your Mongolian visa organised and in your passport before entering Mongolia, you cannot buy it on the border.