Things to do in Jakarta + Travel to Yogyakarta

Jakarta is the capital city of Indonesia, here are a few things to do in Jakarta;

Hotels in Jakarta are very good value and you can find luxury hotels for low prices.  Just be careful which area you choose as Jakarta is huge and the traffic is terrible.

What to Eat in Jakarta

To enjoy their local dishes without the hassle, you can do an advance booking on the dining place where you prefer to eat. You can download the Eatigo app and see deals on restaurants in Jakarta. Aside from enjoying up to 50% discount at your preferred time, you can also discover the top restaurants around the place. Some of the must-try food in Indonesia are nasi goreng, Indonesian satay, and beef rendang. 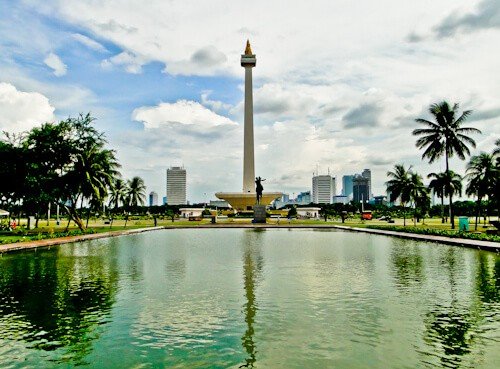 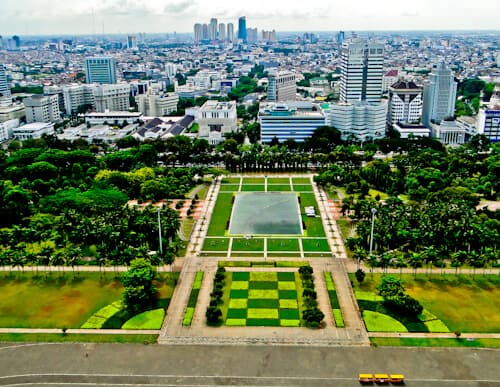 Merdeka Square is huge and the National Monument is located in the center of it.  Merdeka is the Indonesian word for freedom and the square was named Freedom Square in 1945 after Indonesia gained independence from The Netherlands.  Before independence the square used to be called Kings Square (Koningsplein), referring to the King of The Netherlands.  Before freedom in 1945, Indonesia was called the Dutch East Indies and Jakarta was called Batavia.  Merdeka Square is over 1 square kilometer in size and is one of the largest city squares in the world.

Istiqlal Mosque and St. Mary of the Assumption Cathedral 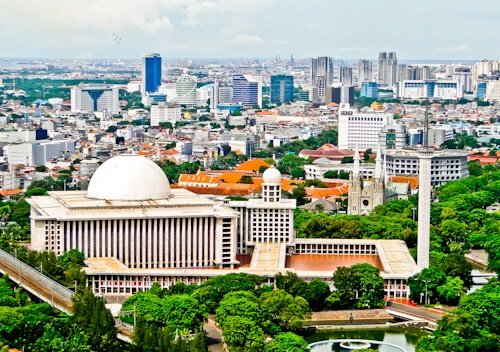 Finally, the mosque was constructed next to the existing St. Mary of the Assumption Cathedral to show peace between the different religions.  There’s a similar situation today with the religious buildings in Sarajevo. 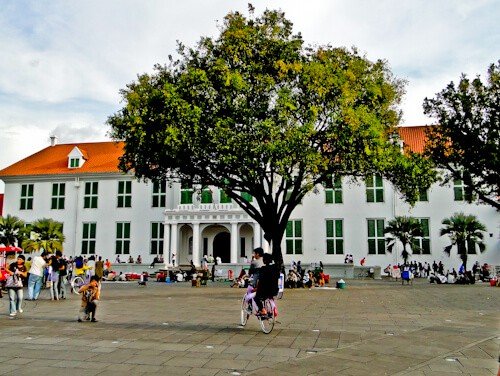 Jakarta History Museum is located in Dutch Square and surrounded by Dutch colonial buildings.  The historic building (above) used to be the City Hall (stadhuis) of Batavia (present day Jakarta) when the Dutch ruled this part of the world.

The area around the Jakarta History museum, Fatahillah Square and Jakarta Old City is full of 18th century Dutch colonial buildings.  When I visited a lot of the houses were in bad shape but the whole area is undergoing renovations.  In the future this area could become a UNESCO world heritage site and it has already been nominated.  Under Dutch rule in the Dutch East East Indies Jakarta Old City was known as Old Batavia. 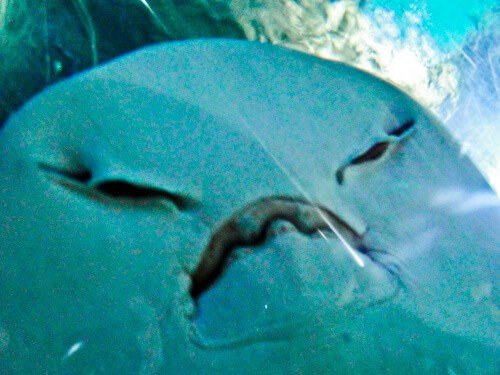 North Jakarta is an interesting part of the city.  In the northern part of the city you’ll find many attractions including Ancol Sea World.  I photographed a stingray (above) and yes I did get a selfie with him afterwards.  If you are visiting Jakarta with kids this would be the best area to visit.  There are lots of amusement parks, adventure parks and water parks.  There is wooden walkway with views of the Java Sea to the north as well as lots of restaurants. 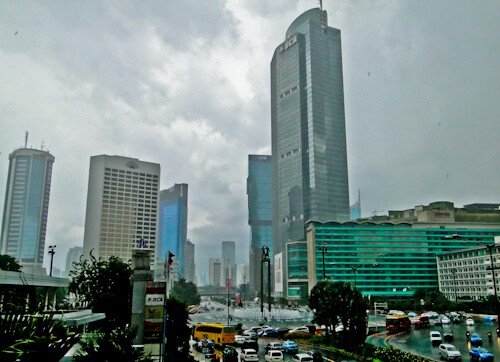 I discovered when I arrived in Jakarta by bus from Medan that the traffic in Jakarta is terrible and the roads in Indonesia are undeveloped.  You are guaranteed to be stuck in traffic in Jakarta and throughout the country so I would recommend taking the train to Yogyakarta.

Jakarta to Yogyakarta by Train

The train from Jakarta to Yogyakarta takes around 8 hours and you can buy your ticket online.  The trains leave from Jakarta Gambir station and arrive at Yogyakarta Tugu, an executive class ticket will cost around $25.  I took an early morning train which meant I was traveling to the train station before the roads got busy in Jakarta and the train arrived late afternoon in Yogyakarta.