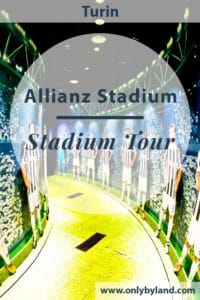 Juventus are arguably the most successful Italian football team.  Reasons to take an Juventus stadium tour are;

There are several stadium tours each day and you can purchase your stadium and museum tour ticket in advance.  In addition, it’s possible to buy your ticket on the day from the museum.  If you’re lucky, Juventus will be playing when you’re in Turin.  As Juventus are a popular team it’s advisable to buy your matchday tickets in advance.  How to get to the Juventus Allianz Stadium from Turin city center. 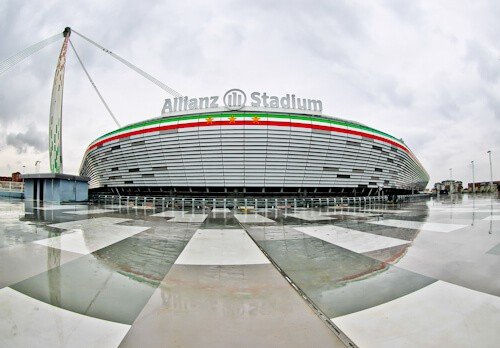 The Allianz stadium is located in the north of Turin.  As a result, it takes around 40 minutes to arrive by bus from the center.  When you see the impressive Allianz stadium it’s time to get off the bus.  The stadium is conveniently located opposite a shopping mall.  If you are hungry after your tour, you’ll find plenty of restaurants.  Furthermore, there are a few hotels conveniently located around the stadium if you’re visiting Turin solely to watch a match. 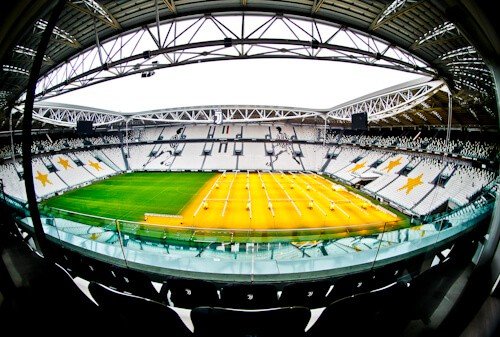 The Allianz Stadium has a capacity of 41,000 and was completed in 2011.  The first team to play here against Juventus was English team Notts County.  The reason Notts County were invited is because they have historic ties with Juventus.  Notts County play in black and white stripes and influenced Juventus to do so back in 1903.  Because the stadium is of a relatively small capacity it’s important to buy match day tickets in advance. 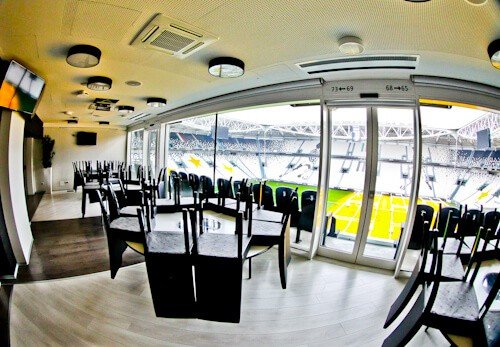 As the Allianz Stadium is a 5 star stadium, you may enjoy a VIP match day experience.  The VIP experience is named the Legends Club and you’ll watch the match from the best seats in the house.  In fact, you’ll watch the match from comfortable armchairs.  During your VIP matchday experience you may enjoy regional food dishes.  All ingredients for the regional dishes are sourced locally.  Food and drinks are offered with waiter service.  Legends Club tickets are best bought online and in advance. 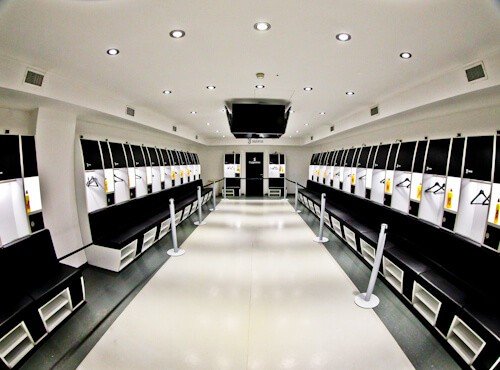 The Juventus home team dressing room looks like something from the future.  Lots of Italians taking the tour were quick to take their photos with the locker of Gianluigi Buffon.  He has the record of the most clean sheets in Serie A.  Italians regard him as the best goalkeeper of all time.  Nowadays however, visitors are queueing up to get their photo next to the Ronaldo locker!  The Juventus team also have access to huge physio facilities and a Jacuzzi.

As you walk from the team bus drop off point to the dressing rooms you’ll pass posters of Juventus legends.  There are huge posters of Roberto Baggio, Antonio Conte and Zinedine Zidane.  These are here to remind the visiting team they’re playing a big team.  Furthermore, Zinedine Zidane is also a legend at Bordeaux.  The away team dressing room is not part of the Juventus stadium tour.  I was told that it’s the same as the home team dressing room in design.  The main difference being that the color is plain.  The away team do not have access to the huge physio and Jacuzzi facilities. 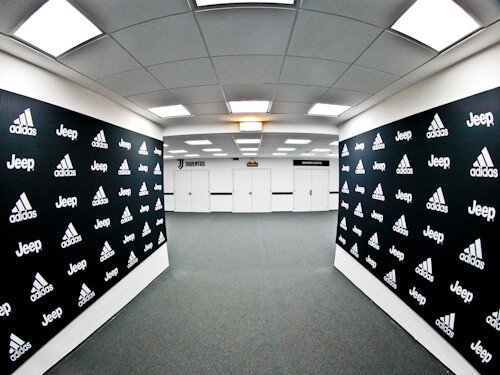 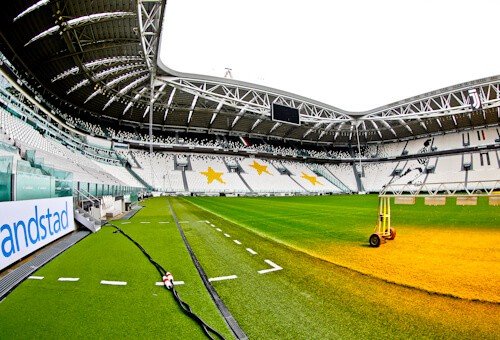 At pitch side you can see where Antonio Conte stood as he guided Juventus to 3 consecutive Serie A titles.  Unfortunately on the Juventus stadium tour you’re not permitted to sit in the dugouts.  You may view them from the end of the players tunnel though.  There’s a wonderful perspective of the stadium from here too. 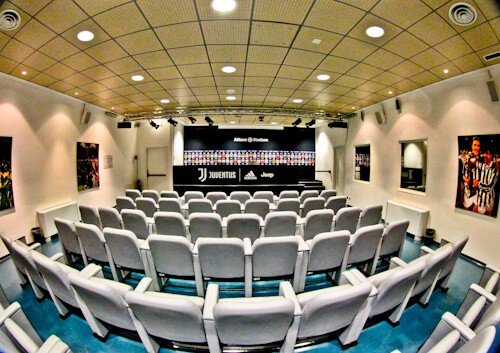 The press room is where the Juventus manager announces his major signings every year.  As a result, footballing superstar Cristiano Ronaldo was introduced here.  You’ll also recognize it from the Champions League press conferences.  You’re invited to take the stage where the famous managers and players appear on TV.  This makes a perfect family photo or photo for your Instagram feed.  Whilst others on the tour are taking their pictures you may sit in the incredibly comfy seats which are usually reserved for the press. 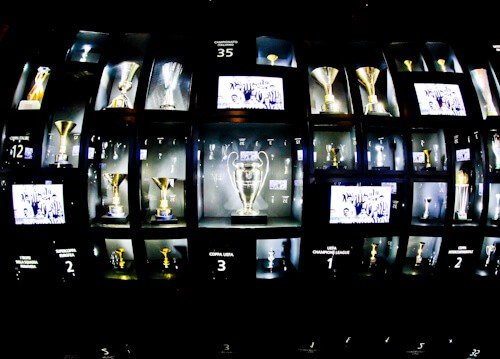 The Juventus museum shows off the clubs rich history.  You can learn about historic teams, famous victories and legendary players.  The state of the art museum has many interactive features.  It’s comparable to the Benfica museum with such attention to detail about the club.  If you’re traveling to Turin with kids, a visit to the museum is a must. 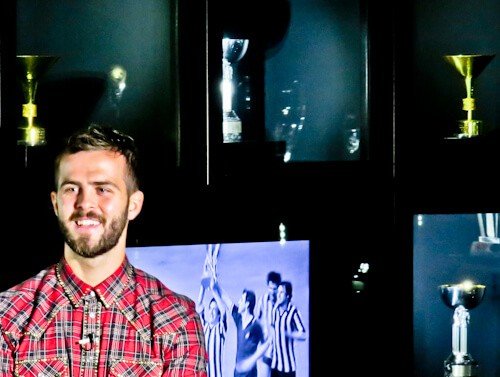 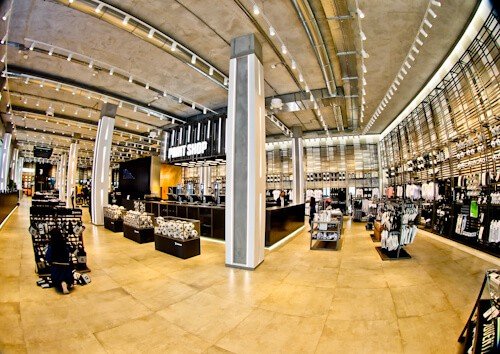 There are many photo opportunities on the walk between the Juventus museum and club shop.  You’ll walk through a corridor with life size cutouts of the current Juventus team.  This is a good opportunity to get a selfie with your favorite player.  The Juventus club shop is huge and after learning about what a successful team Juventus are, you may be tempted to buy some merchandise.  You can buy almost anything you can imagine as a souvenir.  From a small Juventus keyring to a Juventus shirt printed with your name.

How to get to Juventus Allianz stadium 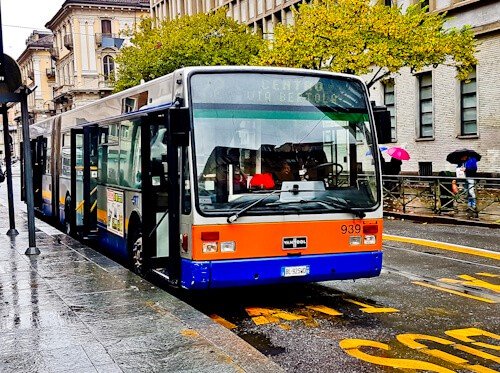 To get to the Allianz stadium from the center of Turin you must take bus number 72.  Bus 72 leaves regularly from Bertola bus stop.  You must buy your ticket first from an off license.  Furthermore, when entering the bus you validate the ticket by sticking it in the machine.  It takes around 40 minutes to reach the stadium.

What to see in Turin.  Take the San Siro stadium tour in Milan.