Kuala Lumpur is the capital city of Malaysia, located in Malaysia Peninsular.  Kuala Lumpur offers the following points of interest for tourists and photographers;

You can find some really good hotel deals in Kuala Lumper, especially around KL Sentral.  KL Sentral is located in one of the points of interest of Kuala Lumpur, Little India, it’s also the start of the monorail to downtown. 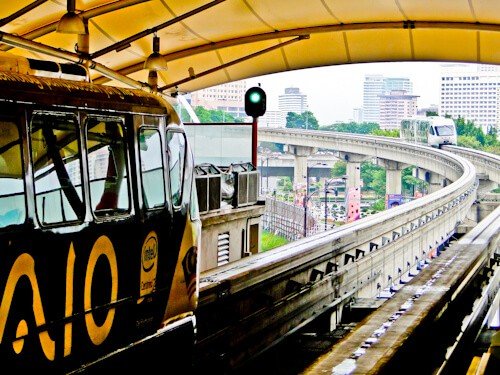 It’s easy to get around Kuala Lumpur using public transport such as the monorail or subway (MRT).  You can get to many of the points of interest using the public transport but to make things really easy and take a lot of thinking out of your day, you should consider the Hop on Hop off bus service.  This will also take you to the more difficult to reach places such as the KL Tower and the Bird Park.  In some locations such as Istana Negara Jalan Duta, you can hop off the bus, get a picture of the building and with a guard before hopping straight back on.  Kuala Lumpur is a city where the Hop on Hop off bus works well.

One stop on the monorail, Bukit Bintang is worth visiting.  You’ll find bars, restaurants, shopping malls, market stalls and the famous Jalan Alor Food Street which foodies will love for its street food. 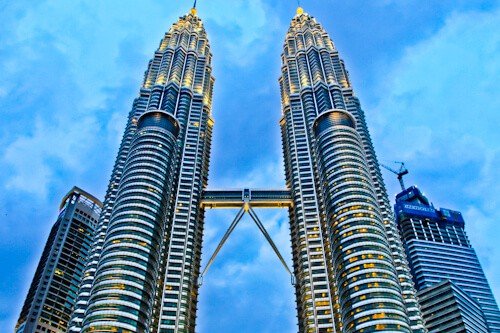 The Petronas Twin Towers are the symbol of Kuala Lumpur, they are 88 stories and 1451 meters high.  It’s possible to visit the sky bridge connecting the towers but you must get there early to reserve your tickets.  Underneath the towers is the KLCC shopping mall, even if you don’t want to visit a shopping mall it will probably be hot and the shopping mall is the perfect escape. 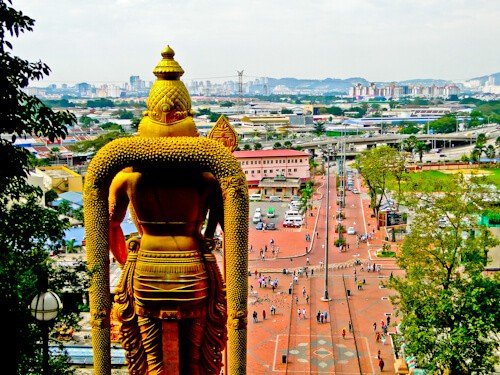 The Batu Caves are an interesting excursion from Kuala Lumpur, you’ll need to take a bus out there.  To get to the caves you must first climb several stairs (272 in total), it will probably be hot so take water (or buy overpriced water from onsite vendors).   Whilst climbing the stairs you’ll pass lots of mischievous monkeys, so keep you personal items and snacks safe.  If you decide to feed or take a selfie with a monkey, take care, they will probably try to steal your hat or sunglasses.  At the top of the hill you’ll find 3 caves with temples, Hindu shrines and a view of the city.  As well as tourists visiting the Batu Caves you’ll see lots of people visiting for religious purposes, I guarantee you’ll see Hindu babies in make up (which is normal in this culture).

Solo female traveler, Kathy James wrote an in depth article on the Batu Caves which I highly recommend. 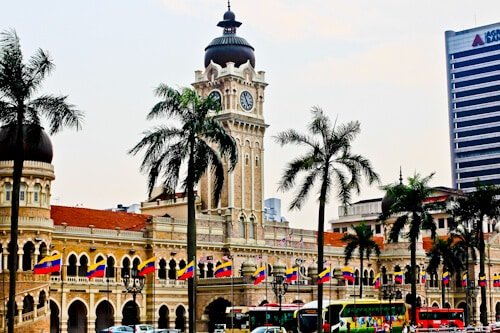 Merdeka Square is a popular site in Kuala Lumpur, it’s a huge square with a flagpole in the middle, at 95 meters tall, this flagpole is the tallest in the world.  On the night of 31st August the Union Jack was lowered from the flagpole and replaced with the Malaysian flag, 31st August is Malaysian independence day.

Merdeka Square was the colonial center during the days of the British Empire.  Nowadays the political center of the country is located in the planned city of Putrajaya a short drive south of Kuala Lumpur.  In Putrajaya you’ll find the prime ministers office as well as many stunning Instagram worthy buildings. 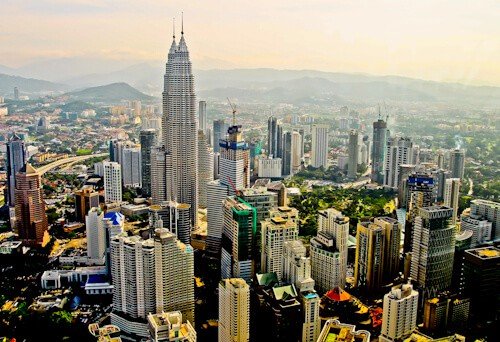 The view from Kuala Lumpur Tower

As I did not get up early enough to get a ticket for the sky bridge in the Petronas Towers I took another option to view the city from above, from Kuala Lumpur Tower.  KL Tower is a telecommunications tower, the tallest in South East Asia.  It’s located on a hill in Bukit Nanas forest reserve so appears to be taller than the Petronas Towers (above).  KL Tower is the only tower in the world which is located in a forest.  The Hop on Hop off bus route stops at KL Tower or you can take a taxi, it’s not far from the center. 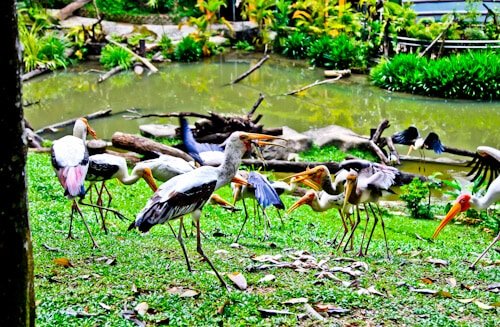 KL Bird park is the largest free flight walk in aviary in the world.  This means you can take those bird images that normally only bird watchers get with a natural background.  Often in bird parks the birds are in individual cages and when you photograph them it’s clear the bird is not wild but as KL Bird Park is in a large aviary you can get bird images that appear to be taken in the wild.  There are over 200 different species of birds in the park, 90% of them are local.  There are Milky Storks walking freely around the park (above), try not to act scared when you are surrounded by several of these birds.  The KL bird park is a stop on the Hop on Hop off bus tour. 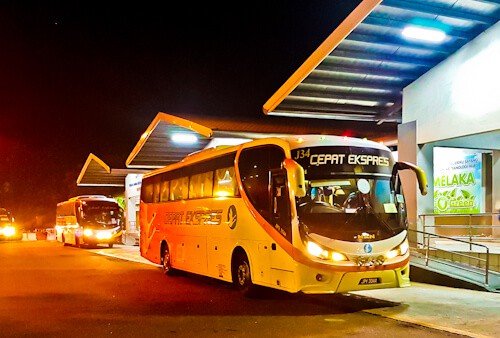 Bus from Kuala Lumpur to Melaka

From KL Sentral the direct bus to Melaka Sentral takes about 3 hours.  Buses between the 2 cities are cheap, frequent and comfortable so there is no reason not to visit the UNESCO city of Melaka if you’re in Kuala Lumpur, it would even be possible as a day trip.