You can walk to the stadium from central Plovdiv, additionally, Plovdiv hotels are excellent value.  If you’re in town just for a football match I recommend the onsite hotel. 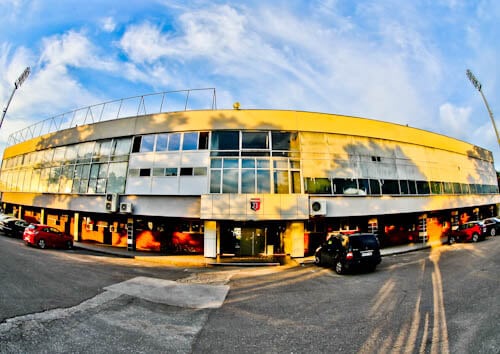 The Lokomotiv stadium is located in southeastern Plovdiv, just outside the city center.  As a result, you can easily walk here from the center.  As I mentioned, if your visiting for a match you should consider the onsite hotel.  Furthermore, taxis in Plovdiv are cheap if you don’t want to walk.  If you’re interested in a stadium tour, just walk into the stadium and start your own private tour.  If someone approaches you, tell them where you’re from and that you’re interested in Lokomotiv Plovdiv.  It’s likely they’ll show you the VIP room as well as press room.  Late afternoon on non match days, the team are often practising on the pitch adjacent to the stadium. 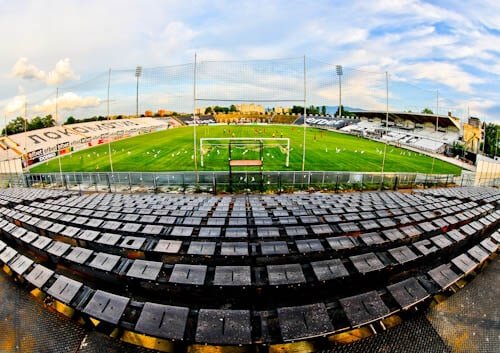 Today, the Lokomotiv Stadium has a capacity of 11,800 spectators.  However, when it was originally built in 1982 it held 24,000 spectators.  So why would a top Bulgarian team reduce the size of their stadium?  In 2004, Plovdiv became the champions of Bulgaria and at the end of that season, part of the stadium collapsed.  Lokomotiv has some passionate fans, so passionate in fact, that they overpowered their stadium!  It’s easy to work out which stand collapsed as there is still a temporary stand in its place. 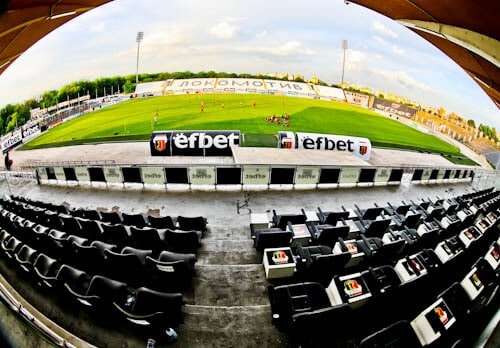 Although a relatively small stadium, there is still space for a VIP section.  In this section are comfortable seats, each featuring a Lokomotiv Plovdiv logo as well as a small desk for your drinks and snacks.  Most importantly, it’s from here where you have the best view of the match. 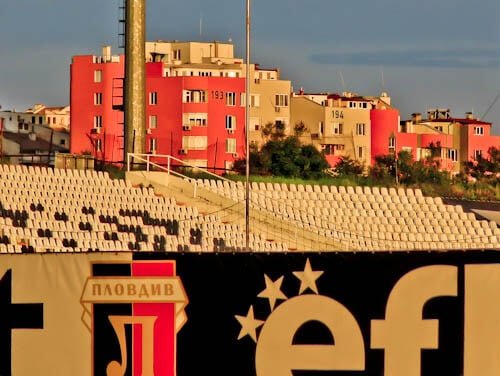 It’s interesting to see the views from football stadiums around the world.  For example, Red Star Belgrade have a view of the Church of Saint Sava.  Newcastle United have a panoramic view of Newcastle city center.  The stadium with the best view though is Millwall FC who have a view of one of the most iconic London Landmarks, the Shard.  Lokomotiv Plovdiv stadium has a view of Bulgarian communist era buildings, so if you’re a photographer looking for some of these iconic buildings in Plovdiv, you now know where they are. 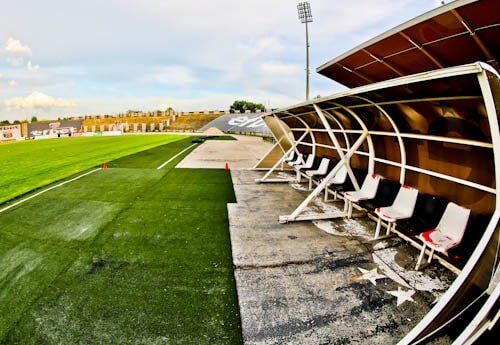 You’re welcome to sit in the dugout and pose for pictures.  Of course, this is where the managers and substitutes sit during the match.  If you want to enhance this photo you could buy a little Lokomotiv Plovdiv merchandise in the club shop to pose in . 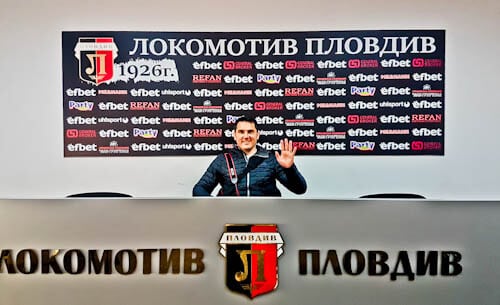 Access to the press room is not so obvious.  In the main stadium building you must ask security and hope he lets you in.  Once inside, you’re welcome to pose for pictures in this iconic location.  In fact, this is where the manager and players give their press conferences. 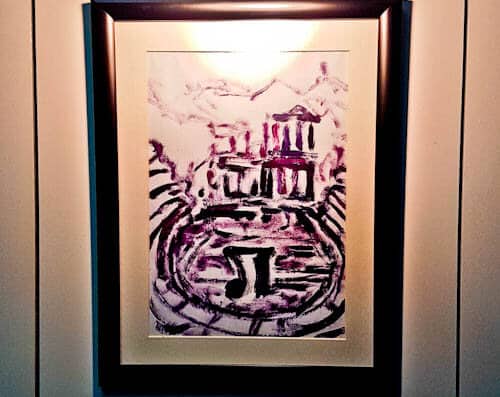 Something which you will not find by yourself is the Lokomotiv Plovdiv museum.  I would describe it as a hidden museum because it’s part of the VIP area and quite small.  In the museum are rare Lokomotiv Plovdiv paintings as well as a few trophies.  A painting which caught my eye was a team logo located inside the amphitheater of Plovdiv.  This symbolises the team being part of the city.  To gain access you must ask security and hope he shows you around. 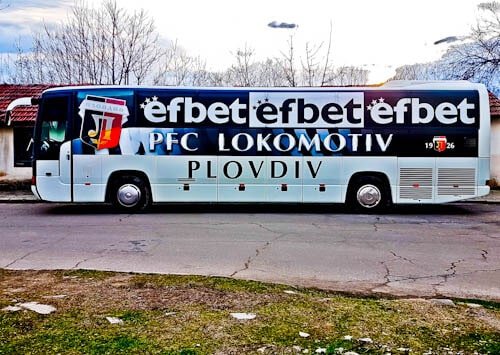 If the team are home it’s likely you’ll see the iconic team bus.  This is definitely a selfie location.  Other teams that have a team bus in front of their stadium are Millwall FC in London as well as CSKA Sofia in Bulgaria. 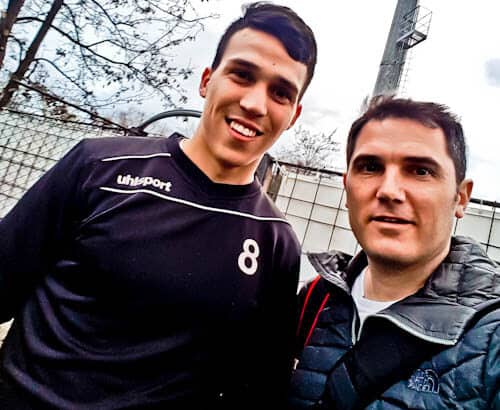 On non match days, the first team usually train late afternoon.  If you visit during this time it’s likely they’ll be happy to pose for pictures with you.  I was lucky take selfies with several first team players as well as well as the current manager.

Enjoy your Lokomotiv stadium and museum tour.  Additionally, I hope you’re able to do a meet and greet.  As I mentioned, late afternoon on non match days is the best time to visit.

Check out the Abandoned Stadium of Plovdiv 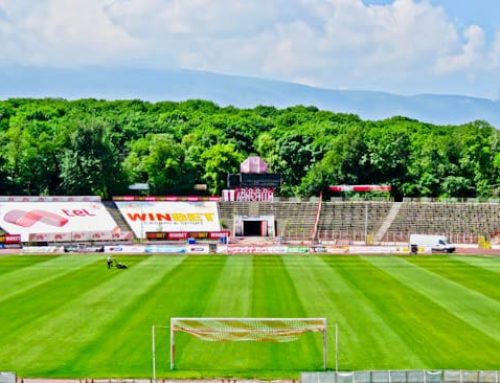