Los Angeles is famous for Hollywood and the movies.  Here are a few must see Los Angeles landmarks;

Los Angeles is a huge city therefore you’ll need a vehicle to get around.  Walking Los Angeles is not an option!  Make sure you choose a hotel in a location near the landmarks you’re planning on visiting so you don’t spend all your time commuting.  However, it’s inevitable that you must hire a car to explore the Los Angeles landmarks. 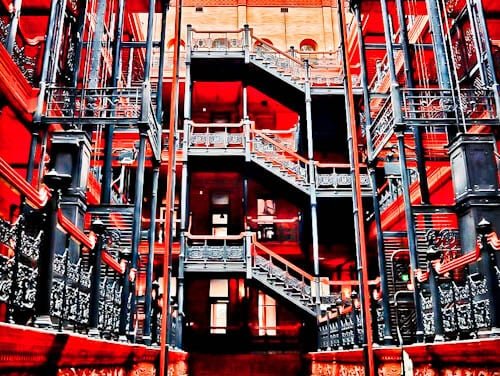 The Branbury Building is an office building which was built in 1893.  From the exterior, it’s nothing special.  However the interior features staircases lifts and landings decorated with ironwork.  For this reason it’s a top Los Angeles Instagram spot.  Moreover, it’s featured in movies such as the original Blade Runner, Lethal Weapon 4 and Wolf. 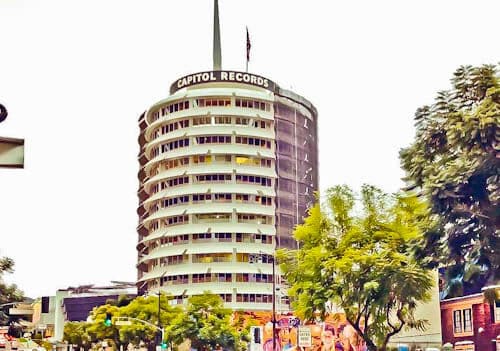 Also known as the Capitol Records Tower, it resembles a stack of records with the spindle pointing upwards.  As a result of this design it’s the most iconic building of the city.  Did you know the building collapsed during the 1974 movie, Earthquake. 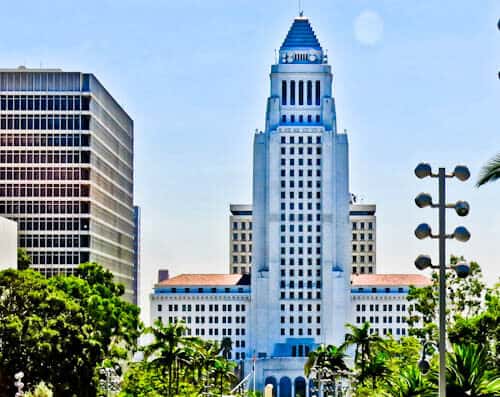 The easily identifiable Los Angeles City Hall was built in 1928.  Inside is the current mayor of Los Angeles office.  It’s free to ascend to the Observation Deck for panoramic Los Angeles views.  An interesting fact about the building is that it’s the tallest base isolated structure in the world.  The reason it’s base isolated is because Los Angeles is earthquake prone.  Finally, you may recognise it as the Daily Planet from the original Superman series.

Hire a Car to Explore the Los Angeles Landmarks 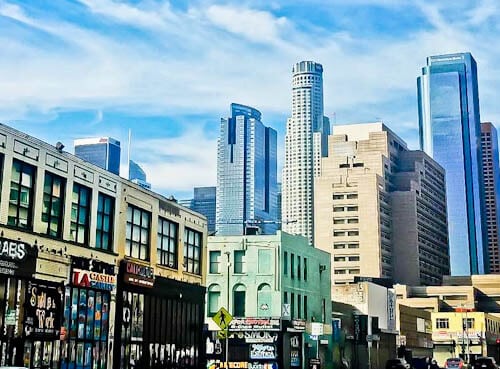 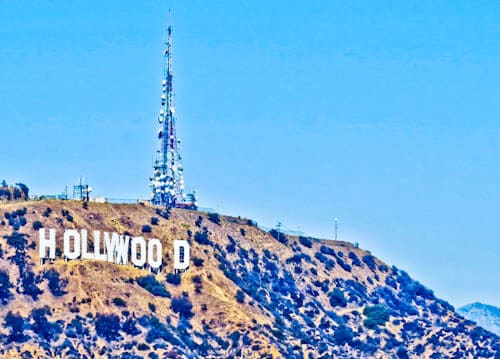 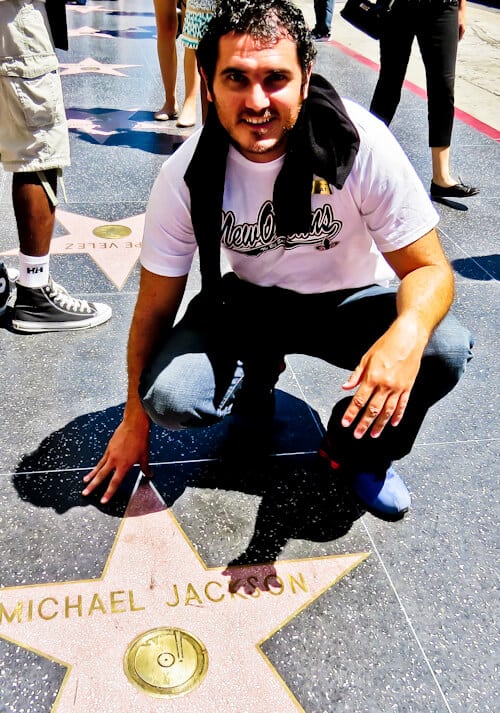 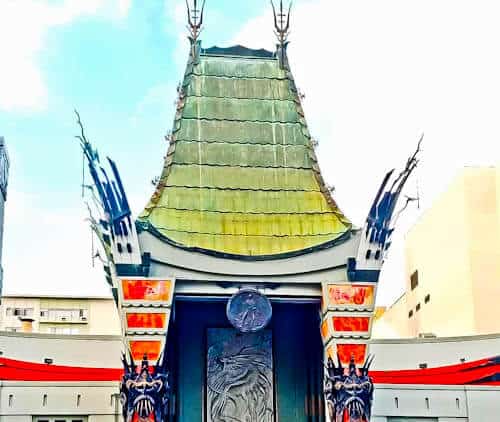 The TCL Chinese Theater is part of the Hollywood Walk of Fame.  It’s a movie palace built in 1926.  As a matter fact it now houses one of the largest movie screens in the United States.  In front of the theater are handprints, footprints and autographs of Hollywood stars in the concrete floor. 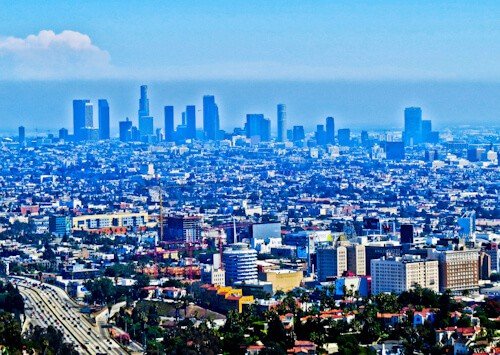 For panoramic views of the Los Angeles skyline I recommend you visit Griffith park.  Can you identify the US Bank Tower in this image? 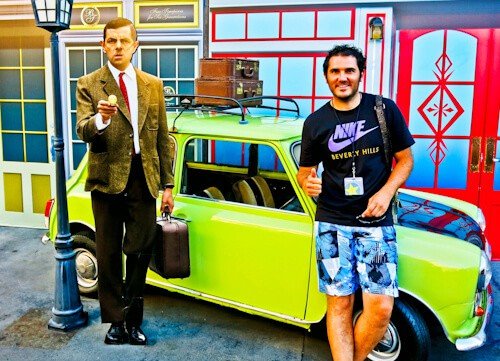 Universal Studios is one of the major theme parks in not only Los Angeles but the whole of America.  In addition, there’s no more suitable city to visit Universal Studios than Los Angeles, home of movies!  I was lucky enough to meet my countryman Mr Bean, plus you’ll encounter several meet and greets throughout the park.  There are real life Transformers outside the famous ride who’ll come out for meet and greets to a schedule.  Bumble Bee, Optimus Prime and Megatron are the 3 you can get your photo with.  I chose to get a VIP pass whilst in the park which meant I could jump the queue for all the rides and shows, I recommend this on busy days! 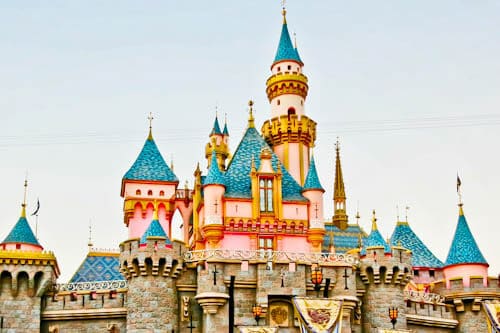 Los Angeles has its own Disneyland.  Need I say more?  Did you know the Disney Castle was inspired by the Neuschwanstein Castle near Munich, Germany. 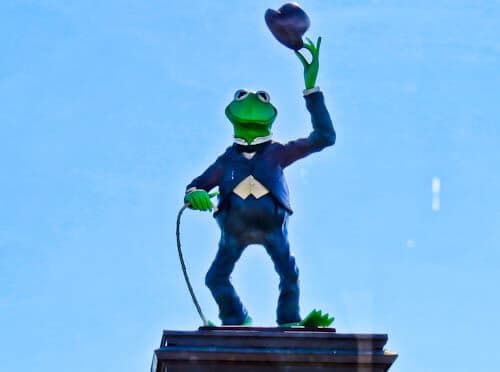 Who hasn’t heard of the muppets?  Both the Muppet Show and the Muppets Movie were produced at Jim Henson Studios.  If you drive past, you’ll see a Kermit the Frog statue on top of the gates. 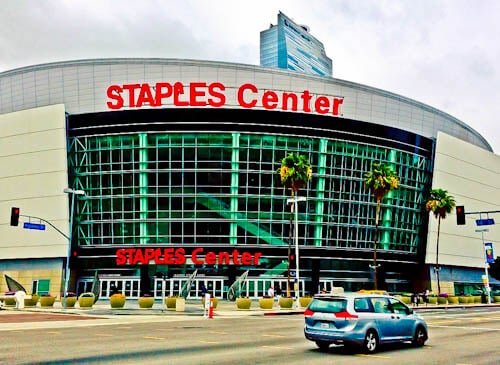 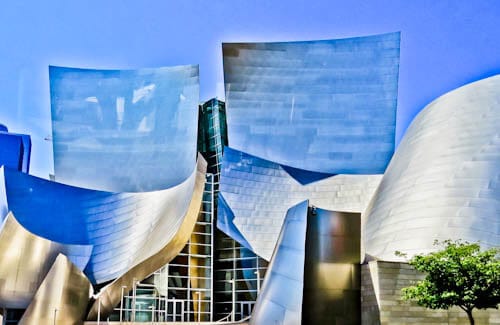 The Walt Disney Concert Hall is home to the Los Angeles Philharmonic.  What’s more, it’s a unique building which features stunning architecture.  For this reason, it’s one of the most iconic Los Angeles landmarks.  An interesting fact about the building is that the widow of Walt Disney made the initial donation to this project.  It’s was intended to be a gift to the people of Los Angeles. 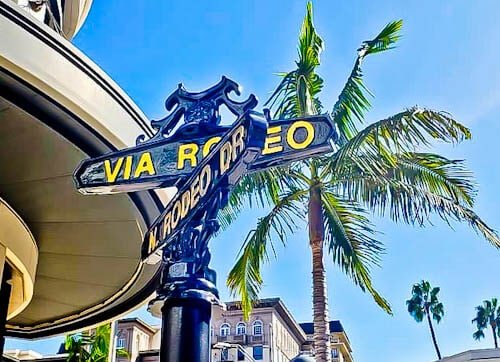 Rodeo Drive is where the rich and famous of Hollywood shop.  As you walk on Rodeo Drive, it’s not unusual to see famous movie stars! 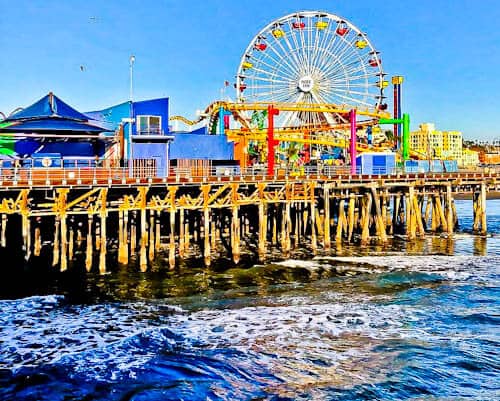 Firstly, Santa Monica Pier is the end of Route 66 (or the start!).  Additionally, there’s the famous Pacific Park sign at the entrance to the pier which is an iconic Instagram spot.  For these reasons, this is definitely an important Los Angeles landmark. 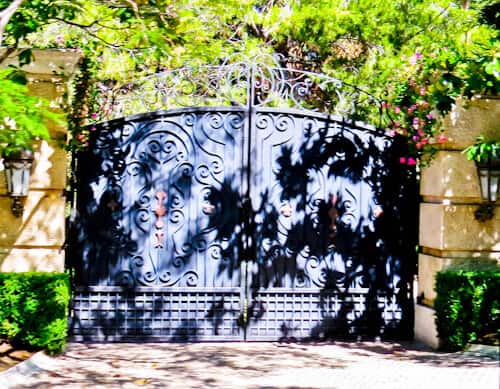 As a Michael Jackson fan it was interesting to see the home where he died.  The tour driver said he moved here so he could be close to his ex-wife Lisa Marie Presley.  Who knows if that is true or not but he was living there to rehearse for his ill fated ‘This Is It’ tour.  As you would imagine, you can’t just drive around the houses of the rich and famous therefore you must visit as part of an organised tour.  Although the whole of Beverly Hills is an important place to visit, the most famous place to photograph is the Beverly Hills street sign. 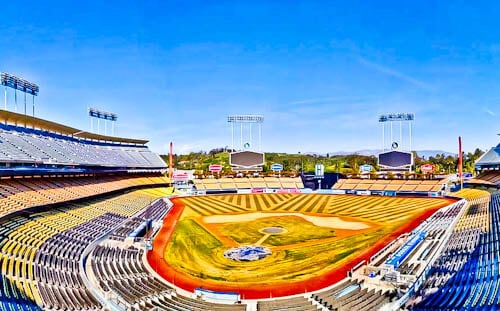 The Dodger Stadium is home to the LA Dodgers baseball team.  Moreover, it’s the largest baseball stadium in the world.  For this reason, a visit to the Dodger stadium is a must for any baseball fan. 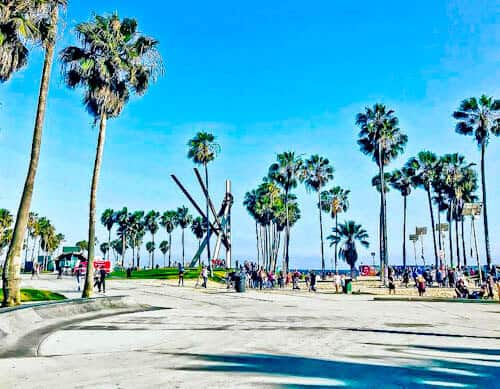 You’ve probably heard of muscle beach which is part of Venice beach.  Arnold Schwarzenegger and Lou Ferrigno (the original Incredible Hulk) used to train here back in the 70s/80s.  In addition, you’ve probably seen the ladies walking the promenade in the movies.  As a result, Venice beach is an interesting place to visit and you’ll love people watching here!

How to get from Los Angeles to San Francisco 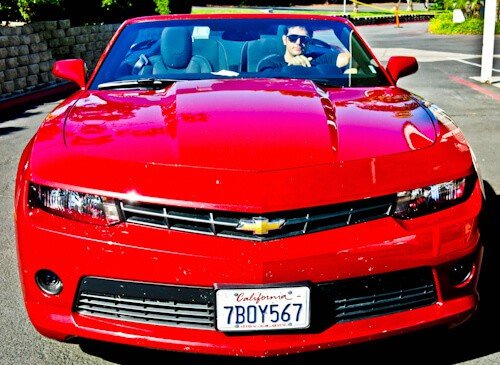 To get to San Francisco is very easy, just take I5 North.  However, as you’re on vacation in California and you didn’t come to see a highway, consider the picturesque coastal route.  Finally, San Francisco is quite a distance from Los Angeles so you may consider taking half the journey on I5 and half on the coastal route.  Alternatively, you could stop half way to break the journey.