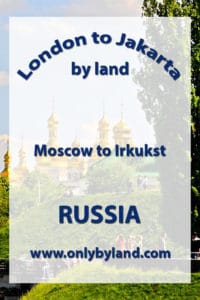 Moscow is the capital city of Russia and offers the following points of interest for tourists and photographers;

Hotels in Russia are expensive, I recommend looking for a good value apartment on airbnb. 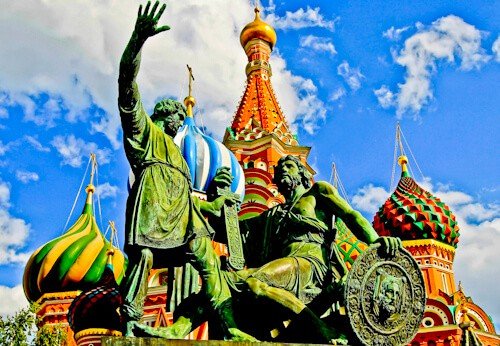 Although Moscow is a huge city, most of the points of interest are very close to the Red Square, which has it’s own metro station (Ploshchad Revolyutsii) in case you are not staying within walking distance.

The statue in front of Saint Basil’s Cathedral is the Monument to Minin and Pozharsky (above) who put an end to the Time of Troubles in 1612.

Russia is famous for its ballet and the place to watch the ballet is Bolshoi Theater.  Check the schedule before going to see if there is anything of interest on.  If you don’t like the ballet, Bolshoi Theater is still a beautiful building to photograph. 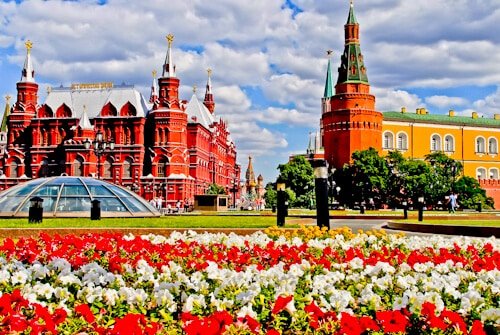 Adjacent to the Red Square is Alexander Garden which gives some stunning viewpoints of the Kremlin, Nikolskaya Tower and Saint Basil’s Cathedral.

You’ve probably heard of the Kremlin in the news and seen it in movies, in fact it was famously blown up in the Tom Cruise movie Mission Impossible, Ghost Protocol.  Kremlin translates to ‘Fortress inside a city’ and is the home of the president of Russia.  It’s possible to visit the Kremlin Territory and on a visit you’ll see;

There is a lot to see in the Kremlin territory so check the Kremlin website for opening times to see if you can visit on your trip. 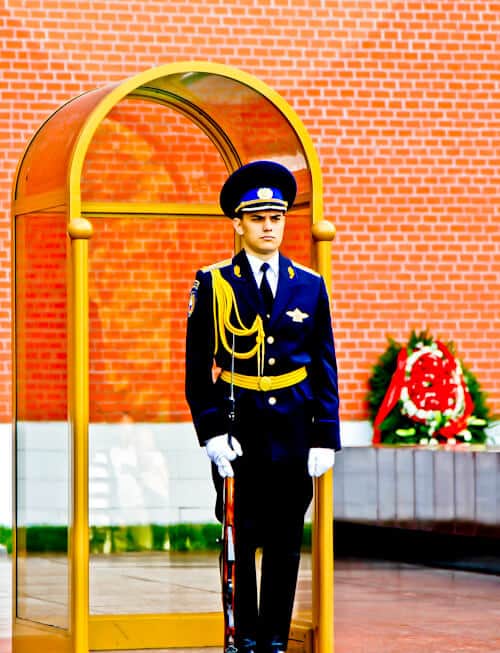 The Tomb of the Unknown Soldier, Moscow

Almost underneath the Nikolskaya Tower is the Tomb of the Unknown Soldier which is a monument honoring Soviet soldiers lost during World War II (above).

Around the corner from the Tomb of the Unknown Soldier is the Lenin Mausoleum.  To visit the Mausoleum of Vladimir Lenin situated in front of the Kremlin you must go Tuesday, Wednesday, Thursday or Saturday from 10 am to 1 pm.

Moscow can get very hot during the summer and cold during the winter, on Red Square is the GUM shopping mall which is the perfect place to escape the weather. 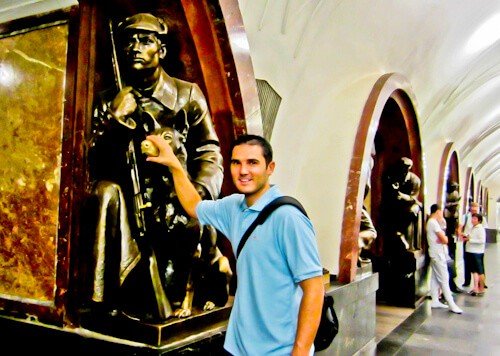 Ploshchad Revolyutsii metro station is full of bronze statues and is worth a visit even if you have no plan to take the metro.  It’s believed by the people of Moscow that if you touch the dogs nose then you’ll receive good luck (above).

Where could you go on the Metro?  You can take the metro to the tallest building in Europe, the Federation Tower.  Other landmarks a metro ride away are the Moscow Zoo, VDNKh, Kolomenskoye museum or Sparrow Hills (and view of the city). 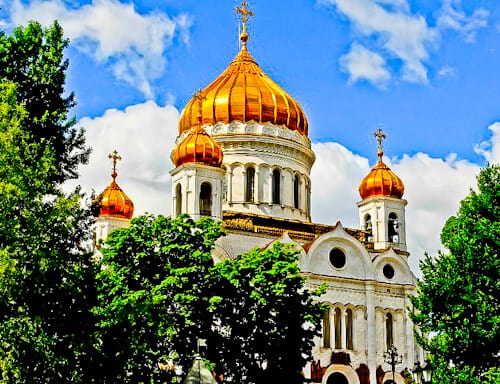 Cathedral of Christ the Saviour

After the Kremlin, Red Square and Saint Basil’s Cathedral, I found the Cathedral of Christ the Saviour to be the next most beautiful site.  The Cathedral of Christ the Saviour is located a short walk from the Red Square and is slightly raised so you can make some good city photos from here too.  Visiting this cathedral gives you bragging rights to have visited the tallest Christian Orthodox Church in the world. 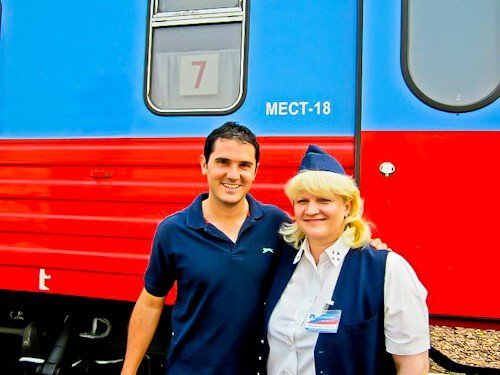 The train from Moscow to Irkutsk in Siberia, Eastern Russia takes 4 nights, travels 4200 km and crosses over 5 time zones.  Although I am traveling to Irkutsk, the train will continue as far as Vladivostok which would take 7 nights and cross 7 time zones.

There’s free hot water available 24 hours a day, so you can bring your own tea, coffee and noodles.  When the train stops at stations you can jump off and quickly buy food but you never really know how long the train will stop for so this is a bit risky.  There is a dining car, which provides 3 meals per day.  I was lucky enough to be traveling with an old Russian lady who was keen to feed me the whole trip so I did not have to worry about food.

Each carriage has it’s own provodnik (steward), who keep the carriage clean and in order.  I would not have risked upsetting the provodnitsa (female steward) on my carriage (above), she was pretty fierce looking!