Visit Mount Nemrut Turkey and experience one of the most majestic moments in your life.  Yes, it’s true, especially if you visit at sunrise, sunset or both.  Most importantly, you need a clear day so the sun can produce its magic.  I have captured the majestic sunset experience below but believe me nothing compares to the real thing.  Read on. 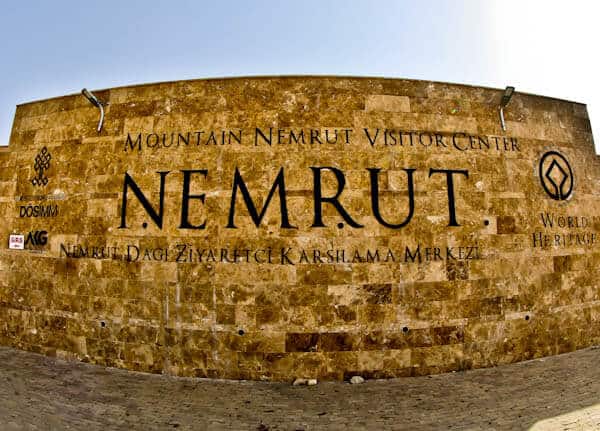 Mount Nemrut Turkey is a royal tomb and also the final resting place of King Antiochus I.  King Antiochus I was the monarch of the Kingdom of Commagene which existed from 163 BC to 72 AD.  Built in the 1st century BC, its statues feature Greek, Persian as well as Armenian influences therefore they are unique.  Finally, they are on top of a 2000 meter tall mountain therefore you must visit on a tour or have your own vehicle to reach this UNESCO site. 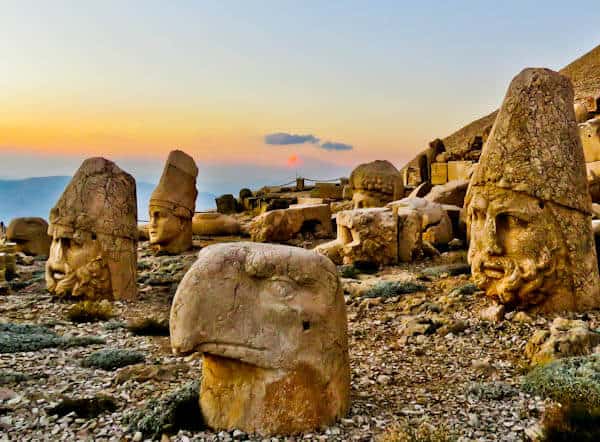 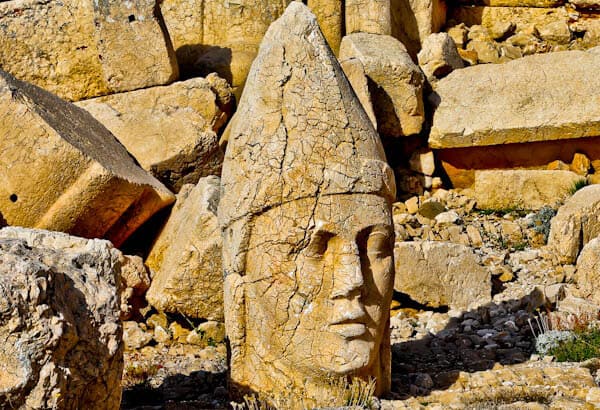 Apollo stands next to his father Zeus on this ancient tomb.  The statue of Apollo was found buried and is severely damaged.  He was the god of healing and medicine. 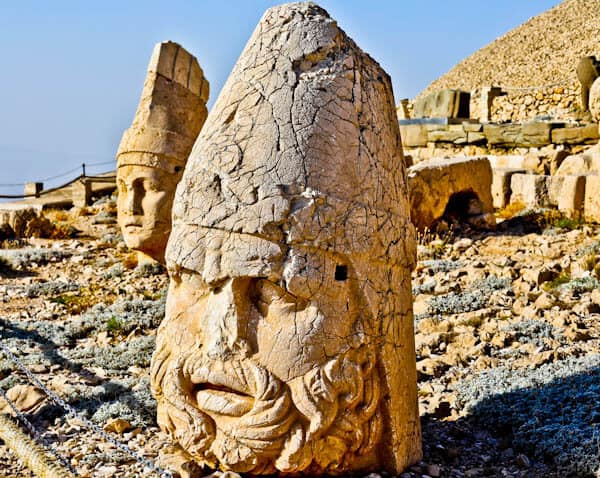 Of course, Zeus is the highest ranked god and therefore his statue is both largest and holds a central location. 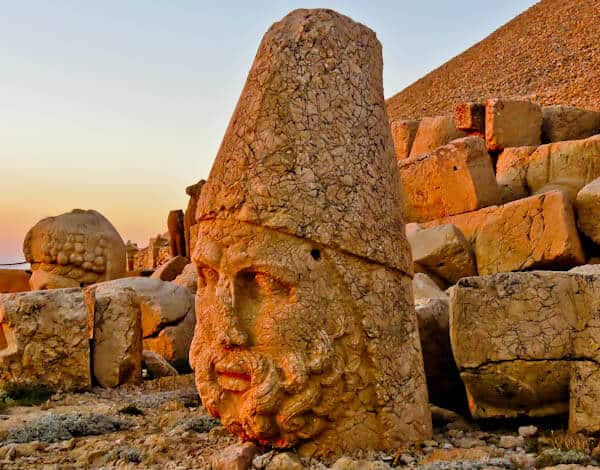 Who was Heracles?  He was the son of Zeus and Alkmene.  He represents the violent power and endurance of man before nature.  However, all his deeds are positive as he can destroy natural disasters and tragedies.  This philosophy doesn’t ring true as the low sunlight glows over his cracked statue.  In his Mount Nemrut Turkey statue, Heracles is portrayed as his Persian equivalent, Artagnes. 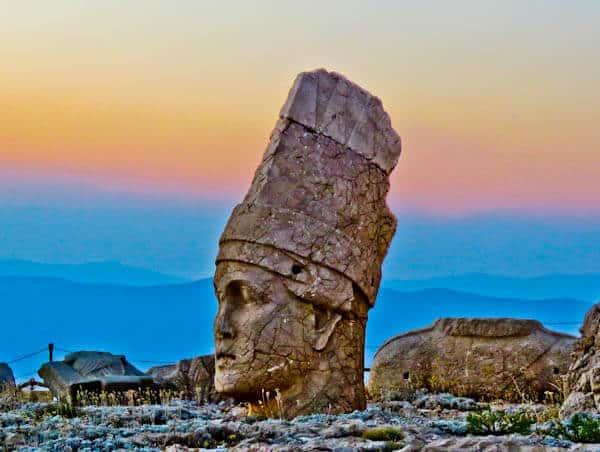 For me, Antiochus is the most picturesue statue of Mount Nemrut Turkey.  In addition, it’s in the best picture to photograph with the sunset colors.  But who is Antiochus?  It is in fact, King Antiochus, the man who created this huge tomb.  Now this makes sense!  He designed it therefore he made himself the best looking statue in the best location. 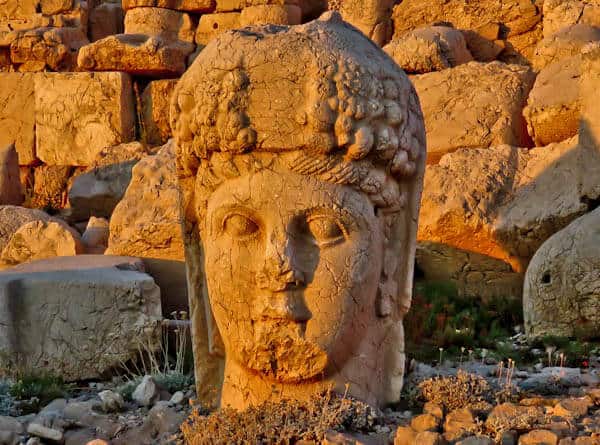 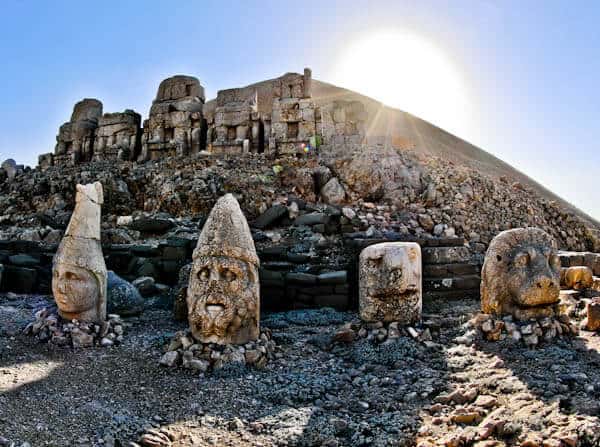 The east terrace of Mount Nemrut features the same statues as the west terrace in the same order.  The major difference is that they are slightly larger than those on the west.  Moreover, these statues come to life during sunrise.  As you can see, they seem quite lifeless in comparison to the statues I photographed on the west.  In conclusion, visit the east terrace at sunrise to witness something majestic.

The best time to visit Mount Nemrut Turkey is at sunrise, sunset or both.  What is there to do in between as it’s no fun waiting on top of a mountain? Thankfully, there are several other points of interest nearby in the former Kingdom of Commagene. 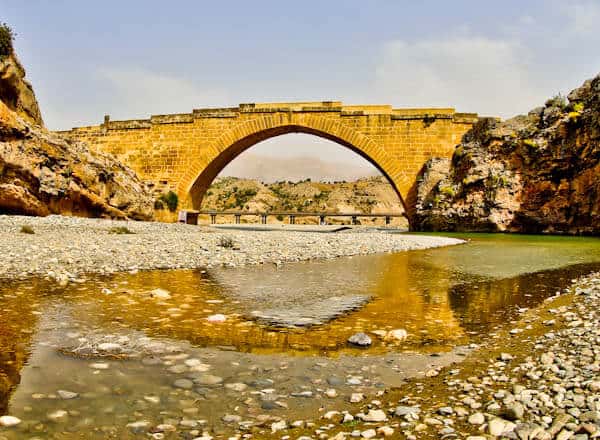 Roman Emporer Septimus Severus created the Severan Bridge during the 1st century in honor of his wife.  Furthermore it featured four columns.  Two for him and his wife and two for his sons, Caracalla and Geta.  Ironically, later in life, when his son Caracalla took the throne, he killed his brother and also destroyed his brothers column.  For this reason, there are only three columns remaining. 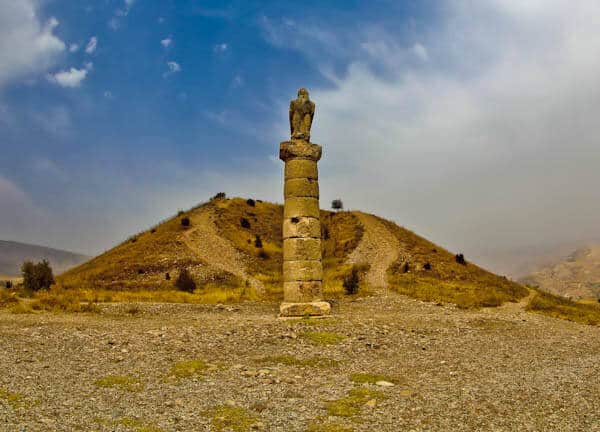 The monumental tomb was created by King Mithradates II for his mother Isas.  Take note of the eagle at the top.  It’s named Karakus which means black bird.  As you explore the monumental tombs you’ll discover three remaining columns.  These ancient columns photograph beautifully against the stunning panoramic views behind them. 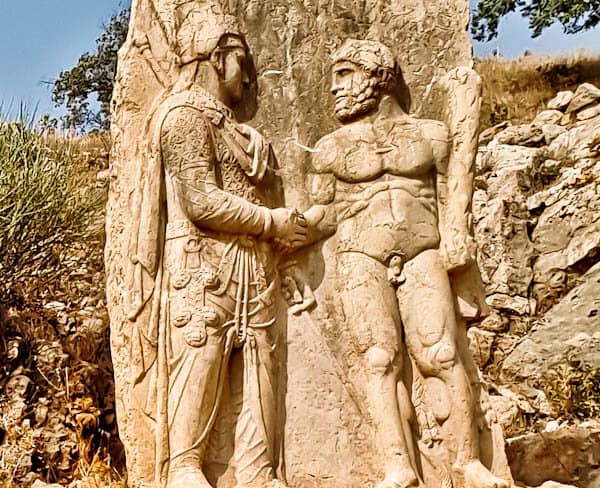 Ancient Arsameia are the ruins of an ancient city and castle.  As a matter fact, this was the main city in the kingdom of Commagene and also the home of the royal family.  For me the stand out monument of the Arsameia ruins is the detailed sculpture pictured above.  This features Antiochus I of Commagene, shaking hands with Herakles.  It’s good to see a sculpture outside a museum for a change. 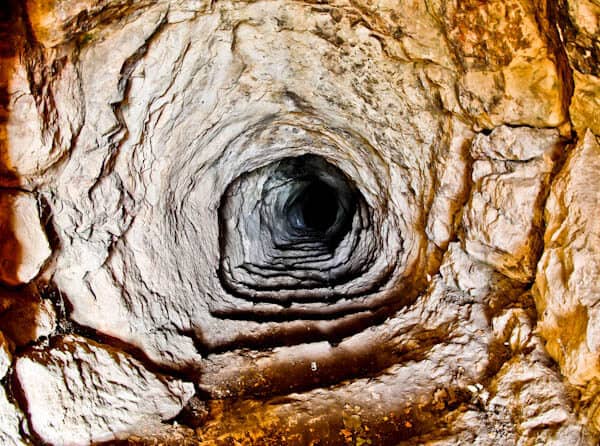 Dare you walk into the Arsameia underground tunnels?  If you do, it’s the perfect place to take an Instagram photo for you feed.  However, for the best underground experience in Turkey and perhaps the world, visit Derinkuyu. 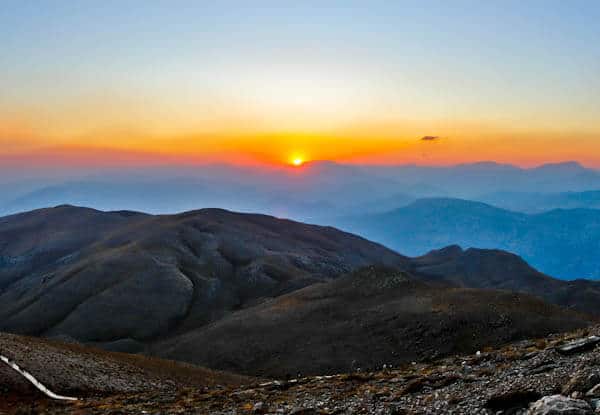 Mount Nemrut is a must see for anyone who claims to be a traveler.  For the majestic experience it warrants a visit to Eastern Turkey in itself.  That’s before you discover the cities of Sanliurfa and Gaziantep!