Officially known as the Siaka Stevens Stadium, the Sierra Leone National Stadium is located in the center of Freetown.  Join me on a tour through the home of Sierra Leonian football. 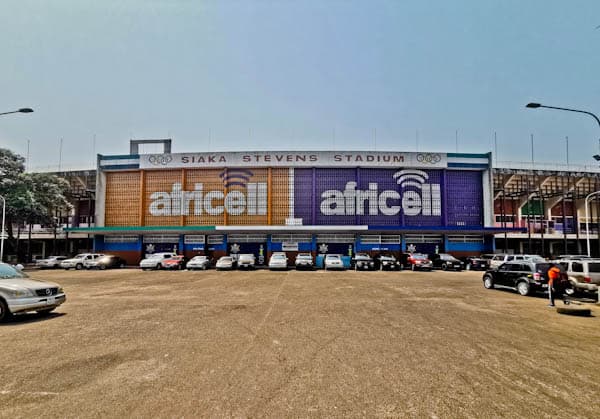 Freetown is one of the few capital cities which boast a stadium in the city center.  However, due to heat and lack of pavements, I’d recommend you catch a bike or keke from the historic center.  Here is the exact location. 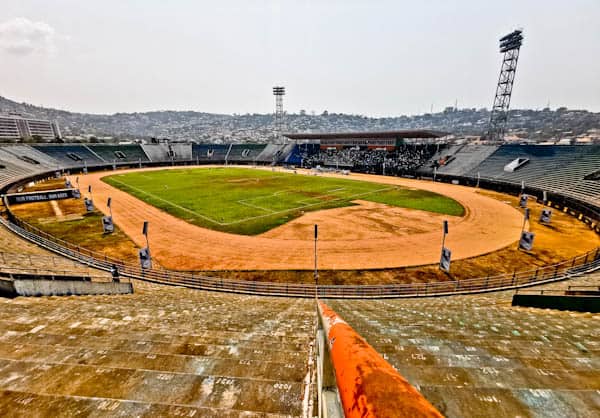 Sierra Leone National Stadium was constructed in 1979 and opened in 1980.  A Chinese company did the construction.  With a capacity of 45,000, it’s the largest stadium in Sierra Leone.  The Sierra Leone national football team play here as well as local teams.  Additionally, presidential inaugurations are held here.  Finally, the official name is the Siaka Stevens Stadium.  He was the first president of Sierra Leone and organised the building of this stadium. 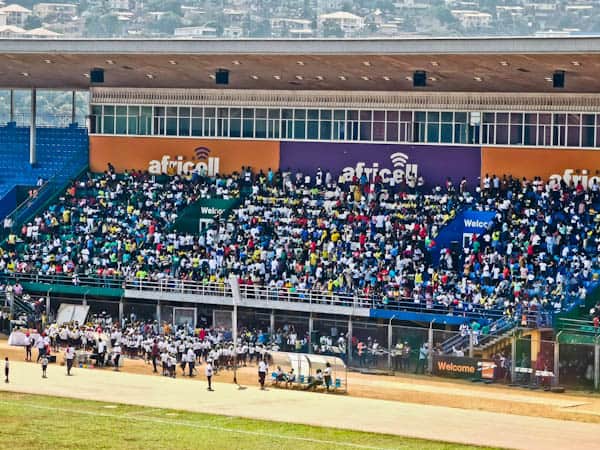 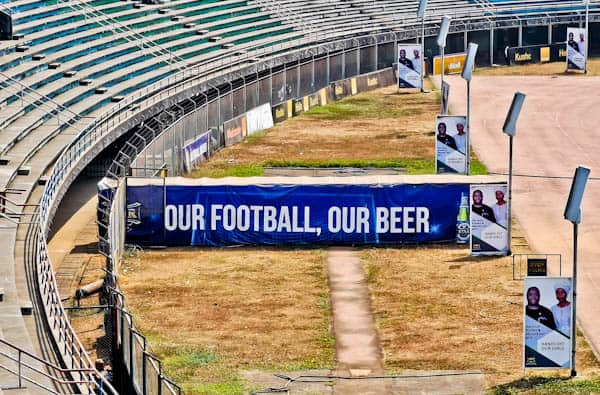 The players tunnel is at the opposite side to the Presidential Pavilion and dugouts.  Although they close one end of the players tunnel on non match days, you can still pose for pictures at the pitch side of it. 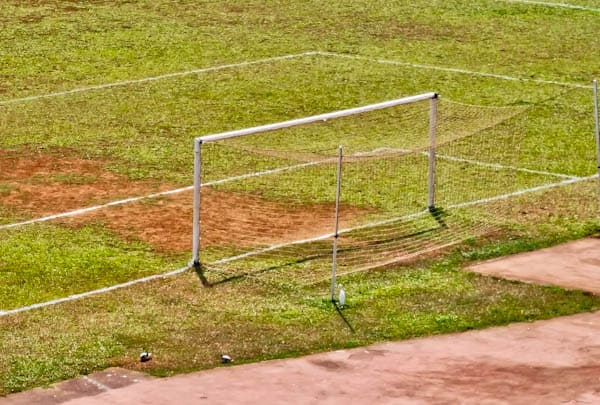 If there’s no match on you’re welcome to walk around the pitch.  The athletics track has seen better days!  I would normally advise against walking on the pitch to take your picture but it appears you can if you want to. 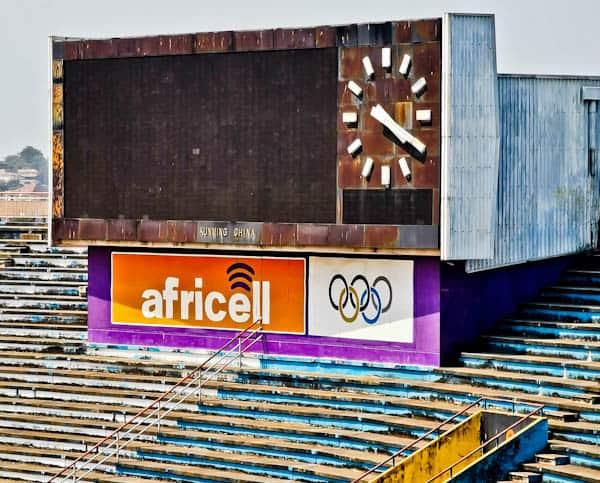 Siaka Stevens stadium was built in 1979 during the Siaka Stevens presidency.  The original scoreboard from this period still stands in the corner of the stadium.  It reminds me of the scoreboard at the abandoned stadium of Plovdiv in Bulgaria.  This historic scoreboard definitely has character! 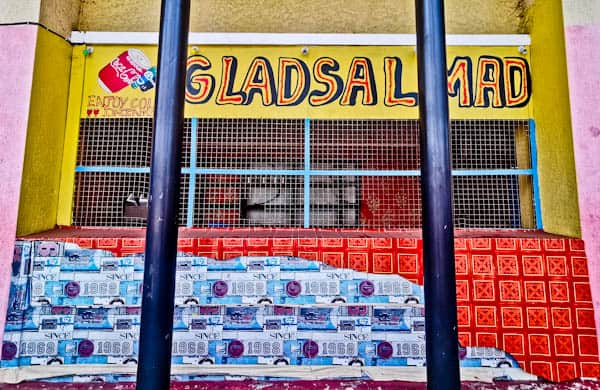 I visited on a non match day therefore all the stadium snack bars were closed.  Nonetheless, the stadium is surrounded by snack stores and restaurants which are open daily.  That’s not to mention the street vendors who will approach you selling drinks and snacks.  Finally, do you think the snacks are cheaper here or in the stadiums of Borussia Dortmund, Athletic Bilbao and Tottenham Hotspur?

Enjoy Your Visit to the Sierra Leone National Stadium

Whether there’s a game on or not it’s highly likely you’ll be made welcome here.  Take your time to explore the stadium and I’m sure at the same time some locals will tell you about what’s going on there and if a match is coming up.