The ancient UNESCO city of Nessebar is known as the pearl of the Black Sea.  Things to do in Nessebar include;

If you wish to stay overnight, there are many Nessebar hotels.  Choose carefully as there is both an old and new town of Nessebar. 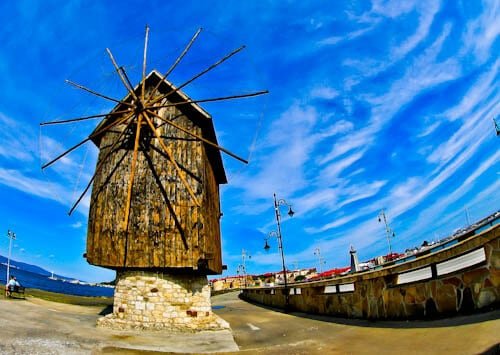 The old wooden windmill is located in between the new and old towns.  Essentially, it’s located at the entrance to old town Nessebar.  For me, it’s the iconic landmark of Nessebar and photographs beautifully.  What is the old wooden windmill?  Not much is known about it but it’s a Black Sea windmill from the Bulgarian Revival era.  As you enter the old town, you’ll see lots of houses built with the same wood.  Lastly, there are a couple of benches adjacent to the windmill which offer wonderful sea views. 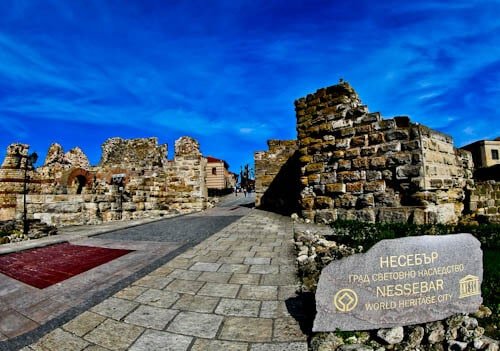 As you officially enter the old town, you’ll pass through the Fortress gates.  It’s worth mentioning, that there is a ‘Welcome to UNESCO Nessebar’ sign which is definitely a place to take a memorable photo.  As a matter of fact the fortress walls date back to the Medieval times and also the Byzantine era.  They have not been restored, so you receive a true feel of the age of the fortress.

Walk the Perimeter of the Peninsula 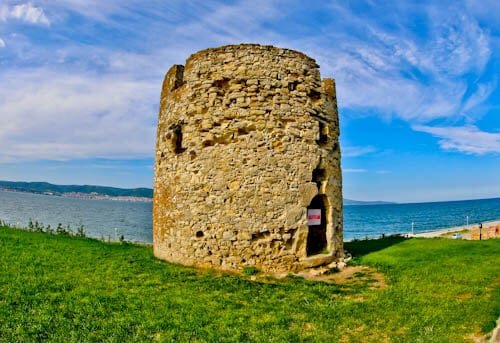 It’s worth taking a walk around the perimeter of the Nessebar peninsula.  As a result, you’ll see the ruins of the fortress.  As well as the ruins of the historic fortress, you’ll see churches, Revival style houses, seafood restaurants and wonderful sea views.  It’s also possible to see the famous Bulgarian Sunny Beach resort town.  I mentioned the iconic Black Sea wooden windmill at the entrance.  In addition, on the perimeter of the island, there’s a windmill made of stone. 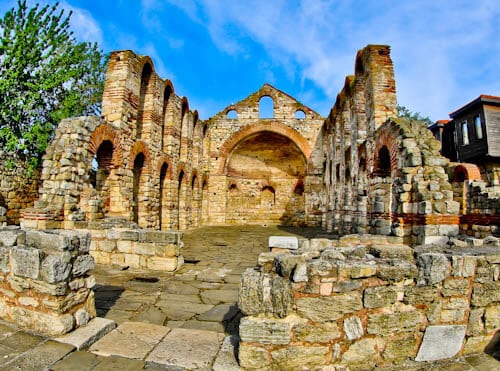 At the center of the ancient city are the impressive ruins of St Sophia Church.  The St Sophia is also known as the Old Bishopric and was an Orthodox church.  As a matter of fact it dates back to the 5th century but its current shape is from the 9th century.  As a result of the church being abandoned for over 300 years, it has become a photogenic ruin today. 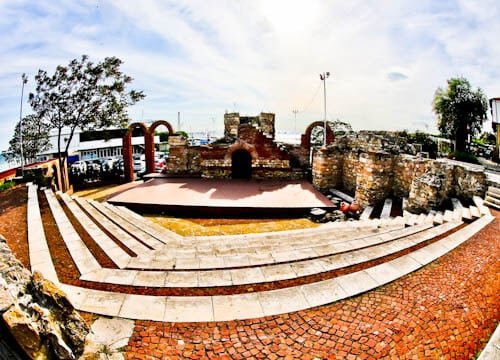 One of the few restored landmarks of Nessebar is the ancient Greek amphitheater.  It’s a small sized amphitheater, in fact it’s of similar size to the one in the capital, Sofia.  Today, the amphitheater is either used as a sitting and chill out area, alternatively, it’s used for small performances.  Finally, the Church of St John Aliturgetos is adjoined to the amphitheater. 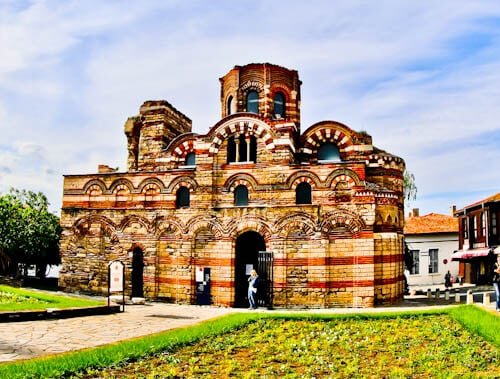 The Church of Christ Pantokrator has the most beautiful exterior of all churches in the city.  It was built in the 13th century and has been well preserved and restored.  Inside is an art gallery dedicated to Bulgarian artists.  It’s famous for its exterior therefore there’s no need to go inside unless you’re curious about the Bulgarian art inside. 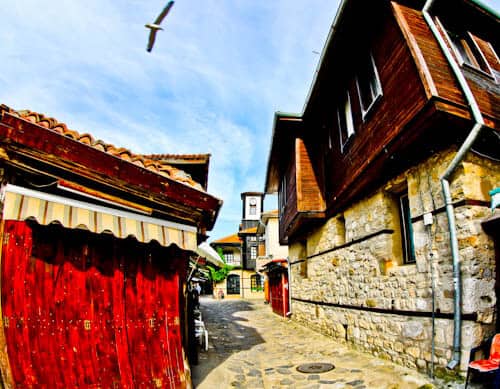 Today, the center of the town consists of Revival style 19th century houses.  Typically, the lower floors are stone with the tops being made from wood.  For this reason, you’ll witness some very picturesque streets.  Today, most of the lower parts of the houses have been converted to souvenir shops and restaurants.  Finally, as you explore the historic center, keep an eye out for the picturesque Clock Tower built on top of a wooden house. 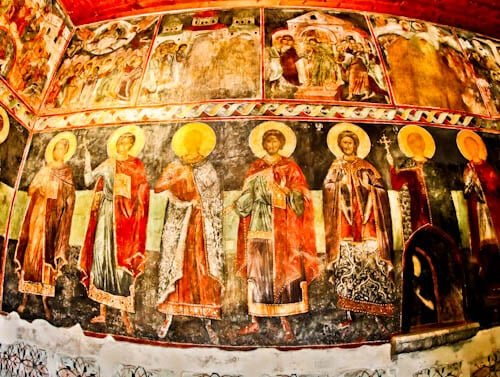 The church of St Stephen is the Nessebar church with the most impressive interior therefore I strongly recommend you enter.  If you like to view historic icons and frescoes, this is one of the best places in the world to do so.  As a matter of fact, I was the only one in the church, for this reason I could photograph the well preserved icons and frescoes exactly as I wanted. 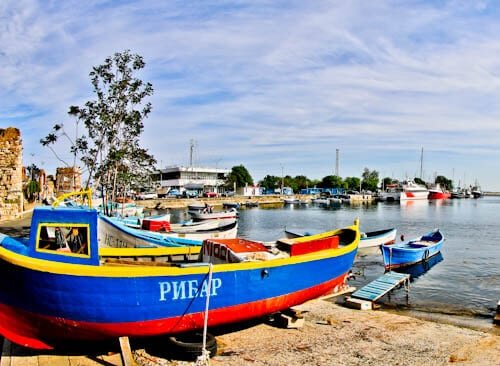 Nessebar Harbor is a picturesque location adjacent to the old town.  Photographers will love the colorful boats in the harbor.  The color seriously enhances the Instagrammability of the harbor.  Around the harbor are several souvenir shops as well as seafood restaurants.  However, I recommend you take a walk around the perimeter of the island before choosing your restaurant, maybe you’ll find a hidden gem!

How to get to Nessebar from Sunny Beach or Burgas 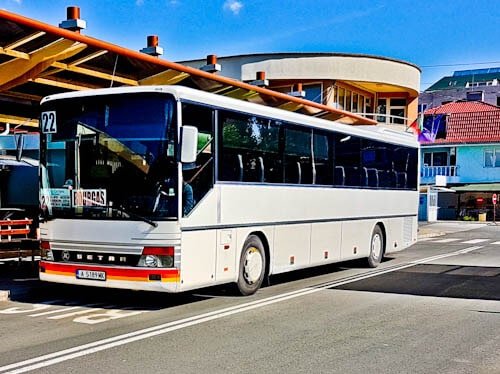 There are regular bus services between Burgas and Sunny Beach.  Some of these buses stop in Old Town Nessebar but all will stop in the new town.  When you board a Burgas / Sunny Beach bus, ask the driver where he will stop in Nessebar.  If he stops in the new town, it’s a short walk past the Old Windmill to the old town.  Additionally, it takes around an hour to walk from Sunny Beach to Nessebar.

Things to do in Sunny Beach Bulgaria.  Additionally, read about the UNESCO listed Rila Monastery in western Bulgaria.