Why use KAYAK to plan your New Orleans trip?

Finding a Hire Car with KAYAK

New Orleans landmarks are spread out in and around the city therefore I highly recommend you hire your own car to explore them.  In addition, you can organise for your hire care to be ready for you at New Orleans airport.  Consider driving to a hotel on the outskirts which are often better value than city center locations.  With Kayak, simply search for New Orleans on the dates you’re visiting and thousands of car options will be displayed for you.  Use the Kayak filters to get the absolute best car for your needs.  Once you discover the car rental for you, simply click through and reserve.  You’ll probably find such good deals that you can improve your class of car to explore the New Orleans landmarks.

Finding a Hotel with KAYAK

In general, to find the best hotel prices it’s best to book as far in advance as possible.  Moreover, as soon as you know the exact dates you’ll be in New Orleans you should start looking at hotel prices and deals.  When you book your hotel through Kayak you’ll see the best prices of hotels available on your dates.  You can filter the results to show the best value hotels, the cheapest or only hotels in the center of New Orleans.  In fact, you can filter the results to whatever your hotel preference is.  Once you find the best hotel for your needs, you can click through and reserve it immediately. 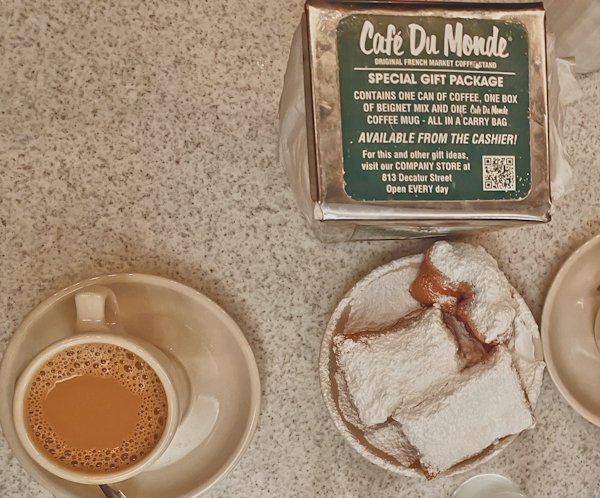 Kayak shares a great Good Times and Good Food in Nola travel guide.  Not only do they recommend Cafe du Monde (which I also recommend!) but they visit several other iconic hotels, restaurants, bars and nightclubs in the center of New Orleans.  As a matter of fact, the locations on this list would make a great set of New Orleans landmarks in themselves! 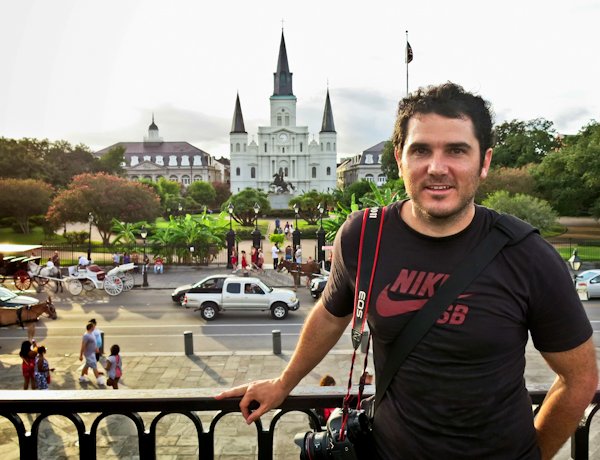 For me, St Louis Cathedral on Jackson Square is top of the New Orleans landmarks.  Its architecture just grabbed my attention as soon as I saw it.  upon researching St Louis Cathedral I discovered this is the oldest Catholic cathedral in continual use in the United States.  In front of the Cathedral is a bronze statue of General Andrew Jackson on a horse.  You may recognise General Andrew Jackson from the $20 bill.  In addition, the square I’m standing in is named after him.  Finally, an interesting fact about this cathedral is it’s named after St Louis, King of France.  He’s buried in the Basilica of St Denis, Paris. 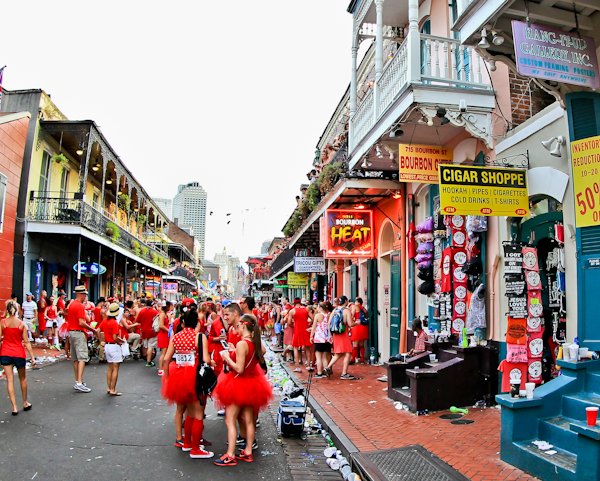 Bourbon Street needs no introduction.  If you came to New Orleans to party, this is where to be.  No matter what day of the week, what time of the day, there’s always a party (or multiple parties) going on down Bourbon Street.  As a matter of fact, there are so many iconic bars, restaurants and hotels on Bourbon Street, you can create a huge list of New Orleans landmarks just from Bourbon Street.  Explore and try go easy on the alcoholic beverages! 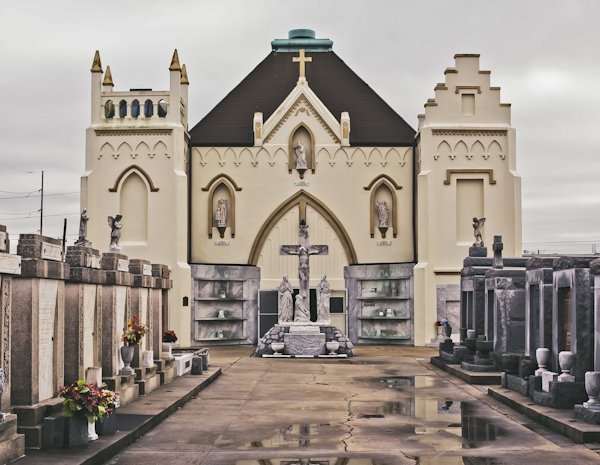 The New Orleans graveyards and cemeteries are as strange as it sounds, a top tourist attraction in the city.  Why? you may ask.  The numerous cemeteries of the city feature artfully designed tombs and mausoleums.  A stroll through a graveyard is a must when visiting New Orleans and they are also a major part of the city’s character. 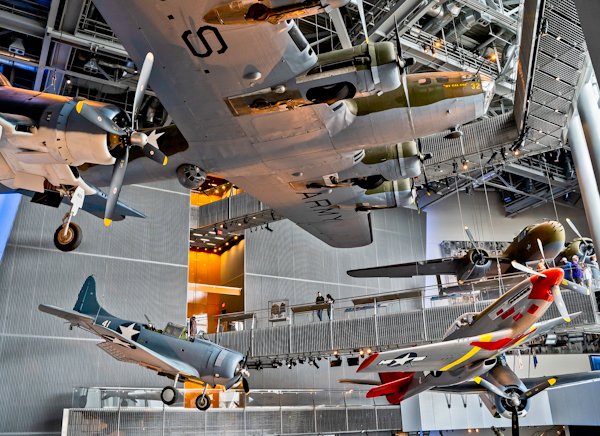 Firstly, let’s briefly answer the question of why is the WWII Museum in New Orleans?  New Orleans is home to the LCVP (Higgins Boats).  President Eisenhower claimed these boats were a major factor in winning the war.  As a result, New Orleans is a worthy city to house this museum.  Visit the WWII museum and learn about WWII from the American experience in the war. 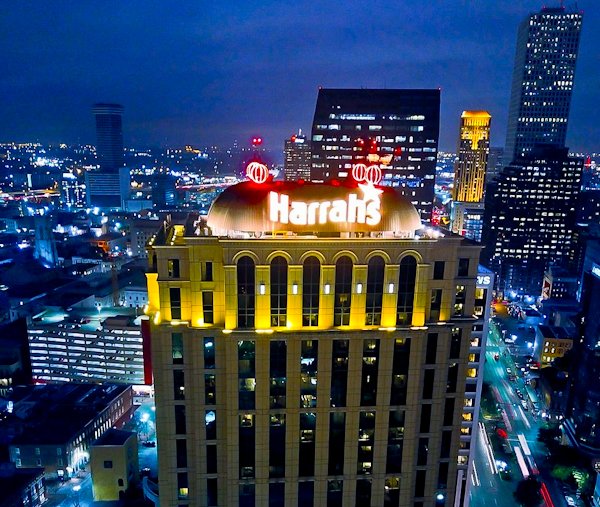 Casinos are what you expect when researching the Las Vegas landmarks.  However, New Orleans has its very own Harrah’s Casino.  Not only is Harrah’s a dominant New Orleans landmark in the skyline but it also houses over 115,000 square feet of casino floor. 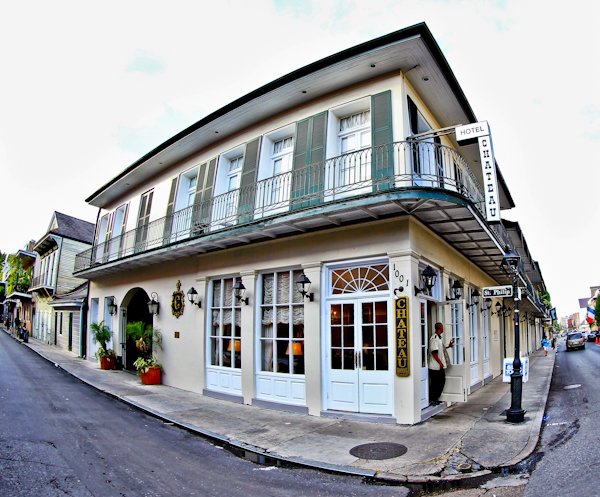 Have you seen French colonial architecture before?  In the French Quarter this architecture is in pristine condition.  Why not take a horse drawn carriage tour around these streets whilst you take in the iconic buildings.  Alternatively, book yourself into a hotel and stay inside one of these New Orleans landmarks. 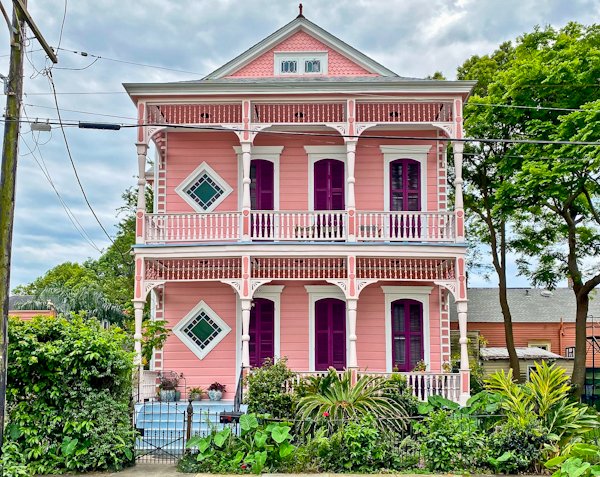 Today, the Garden District of New Orleans is well known for its historic mansions more than its gardens.  In fact, there are several famous mansions within the Garden District which would be worthy of a New Orleans landmarks list within themselves.  If you’re into architecture, then you must cruise or stroll through the Garden District.  An interesting fact about this area is that it used to be plantations.  Eventually, the land was sold to rich Americans who did not want to live in the French Quarter with the Creoles. 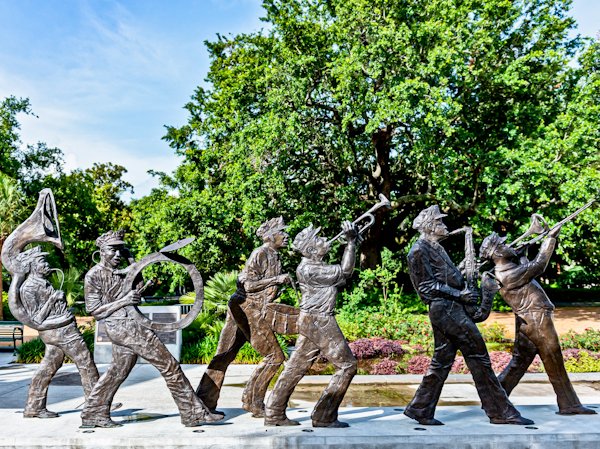 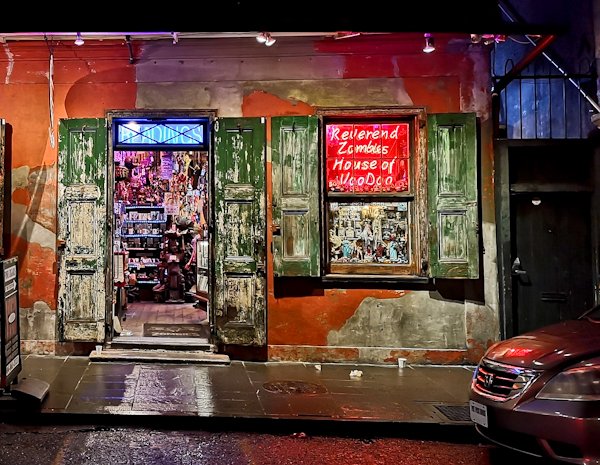 When you walk the streets of New Orleans you’ll see many adverts for ghost, vampire and voodoo tours.  What’s more, there are plenty of spooky looking gift stores which may tempt you inside! 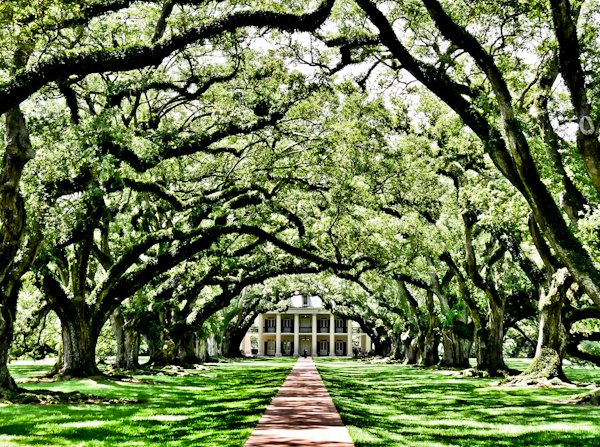 New Orleans is home to several infamous plantations.  Learn all about the cruelty of these times with a visit to a preserved plantation.  Pictured above is Oak Alley Plantation.  Another plantation in the area is Whitney Plantation.  Have you seen the movie, Django?  Plantation scenes from Django were filmed at the Evergreen Plantation.  Lastly, drive 1 hour west from New Orleans to visit the Felicity Plantation where Twelve Years a Slave was filmed. 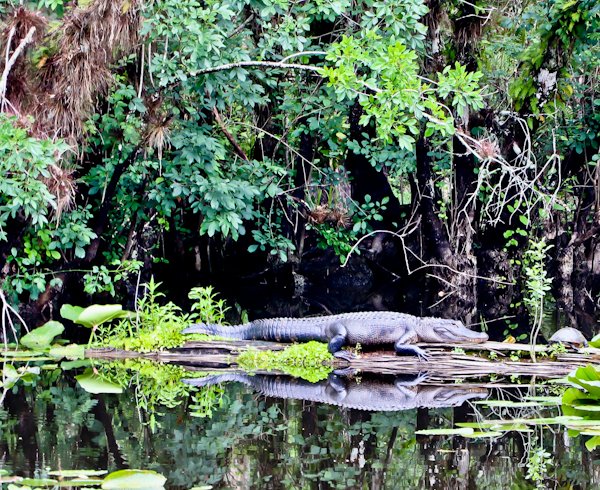 A popular activity while visiting New Orleans is to take a Louisiana swamp airboat bayou tour.  Not only can you witness stunning landscapes from the boat but you’re guaranteed alligator sightings.  Other wildlife you may see include, deer, turtles, snakes, nutria, racoons, owls, egrets, herons, ibis, and also bald eagles.  How about that iconic Instagram shot on the back of an airboat!? 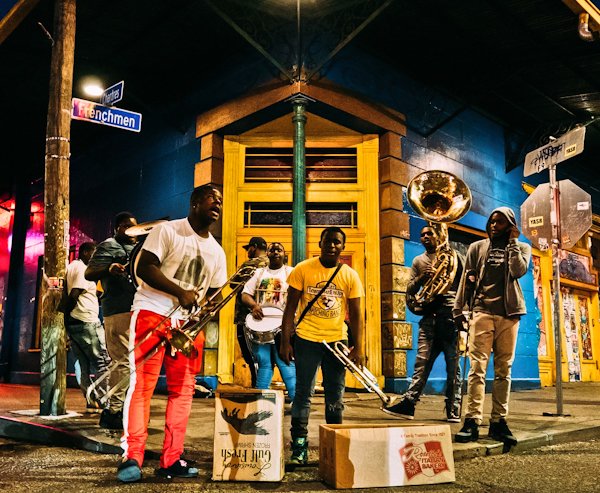 The city of New Orleans is known for its Jazz music.  I would say it’s almost impossible to visit New Orleans without hearing jazz.  The streets are filled with buskers playing live jazz.  What’s more, these buskers play extremely well!  Other popular places to listen to live jazz music include on a dinner cruise at sunset and also at Preservation Hall.  That’s not to mention the numerous bars with live jazz bands. 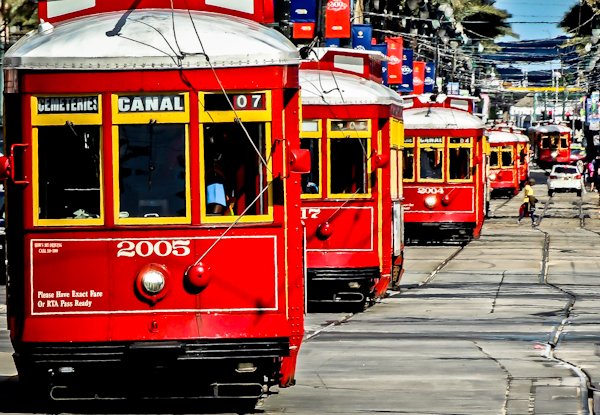 Take a historic streetcar through the center of the city as you take in all the action and New Orleans landmarks.  Alternatively, post for an Instagram shot beside one.

Enjoy your Visit to the New Orleans Landmarks 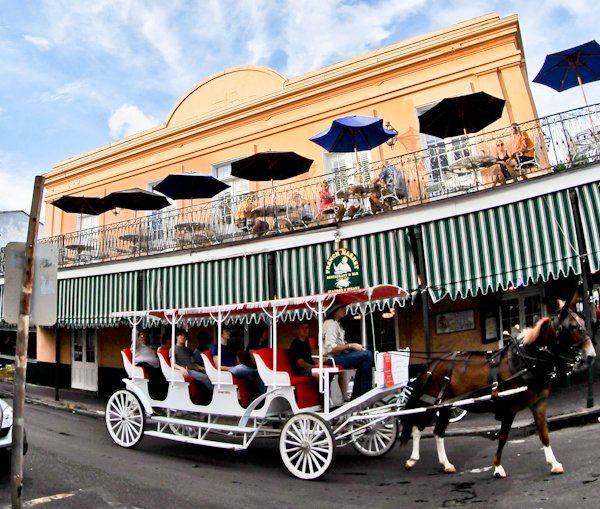 New Orleans is without a doubt one of the top cities to visit in the United States.  For this reason, I highly recommend you allow yourself plenty of time to explore in and around the city.  Maybe you’ll need that extra day to recover from a night on Bourbon Street.  Whether you’re into jazz or not, the live jazz here will leave you wanting more!  With Kayak, you have the freedom to visit for as long as you want and go exactly where you want in the city.  Enjoy!