New York City is home to endless famous landmarks, many of which double as top Instagram spots.  As a result, make sure you allow yourself as much time as possible to explore the New York City landmarks.  Additionally, bring a good camera with plenty of memory so you can capture as many snaps as possible of you in these iconic locations.  With countless movies filmed in New York City throughout the decades, you’ll likely recognise many of these landmarks before you actually see them for yourself.  Firstly, let me share how to secure an excellent value hotel in New York City with KAYAK which will enhance your visit here!  Afterwards, we’ll take a visit through my select New York City landmarks.

Why Use KAYAK to find your New York Hotel?

KAYAK compares the price of the same hotels on different websites therefore you’ll find the lowest prices for the hotel of your choice.  In addition, KAYAK has some special offers of its own with select hotels.  As a matter of fact, you’ll likely be able to find a better hotel than expected within your price range!

What’s more, if you’re flying to or starting a road trip from New York City you can search for hire cars and flights too.  Now, let’s explore the New York City landmarks.

The Vessel – My Recommendation 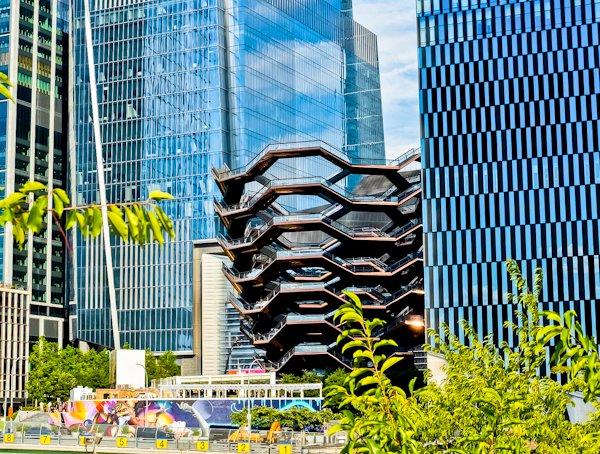 My choice as the top New York City landmark and Instagram spot is the Vessel.  Maybe you haven’t seen this landmark before but I highly recommend you take the time to.  From a distance it certainly grabs your attention but it’s when you get up close and view it from different angles you’ll see how special the Vessel is.  If you enjoy posing for photos you’ll find countless different angles.  Not to mention the views from inside which seem to frame the surrounding skyscrapers.  Alternatively, if you’re a simple photographer you’ll enjoy lining up the angles and creating those aesthetically pleasing shots. 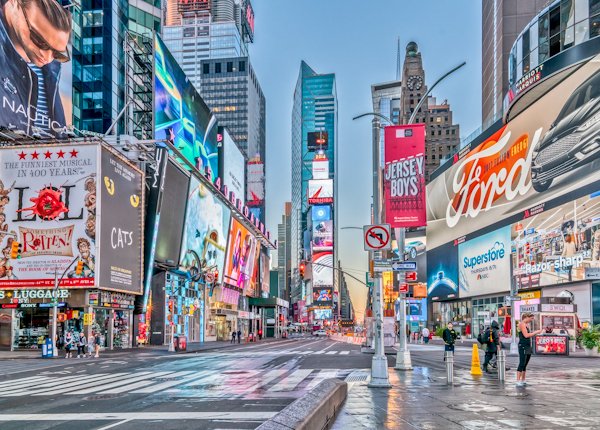 Perhaps Times Square is the most iconic of New York City landmarks.  It’s appeared in movies and TV shows thousands of times which will give you a dejavu feeling as you walk through it yourself.  Visit at night to feel the full effects of the bright lights! 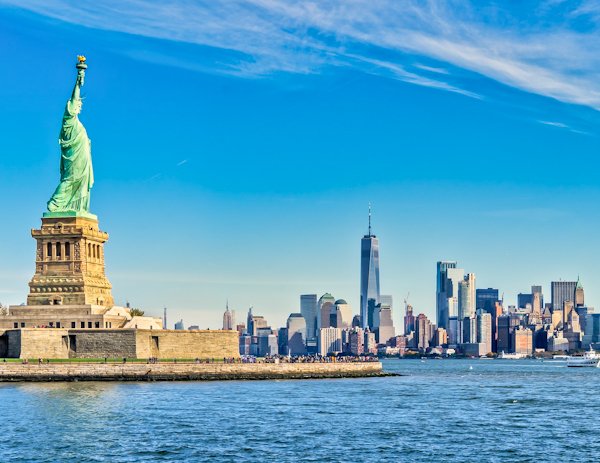 I would say that the Statue of Liberty is a close second to Times Square as the most iconic of New York City landmarks.  It’s located on Liberty Island which you can visit by boat.  Another important island with respect to the New York City history is Ellis Island which was the major immigration post back in the day.  Finally, taking a boat is a good way see the Statue of Liberty from different angles but why not take a helicopter ride to create that special memory! 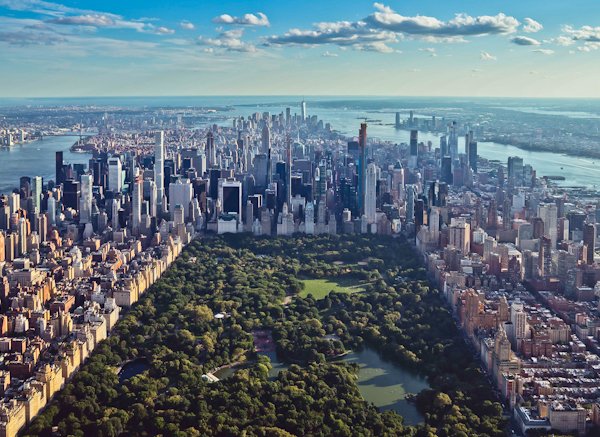 A visit to Central Park will give you a dejavu feeling as this park has featured in so many movies.  In fact, it’s almost impossible that you haven’t seen Central Park in a movie or TV show before seeing it in person!  Due to its TV fame, Central Park is the most visited urban park in America.  Lastly, this is also where John Lennon was shot, any fans should look out for his memorial in the Strawberry Fields section. 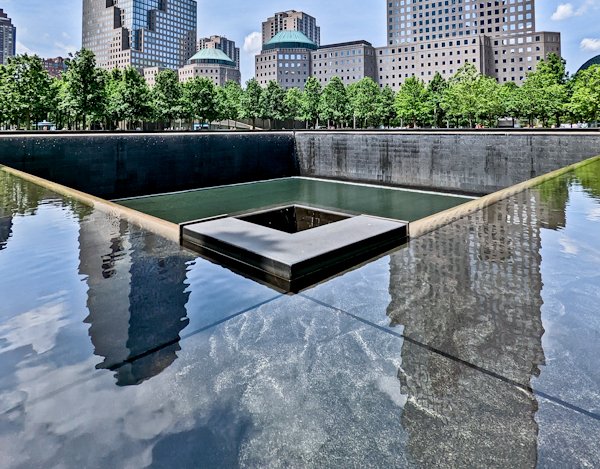 9/11 was a tragic day in history which not only rocked New York City but the whole world.  Today, you may visit the Memorial and Museum.  At this location visitors will learn about what happened, the impact as well as honor the victims. 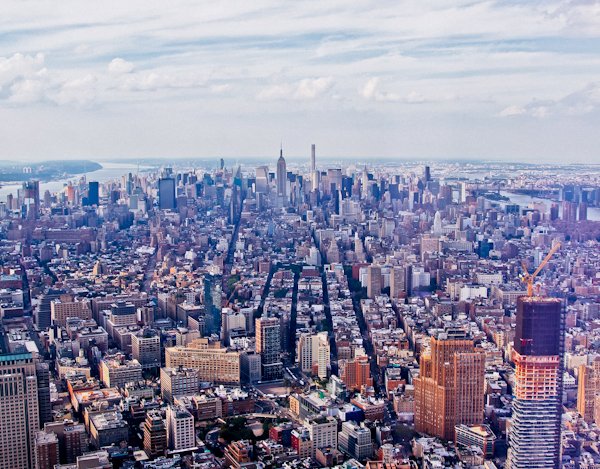 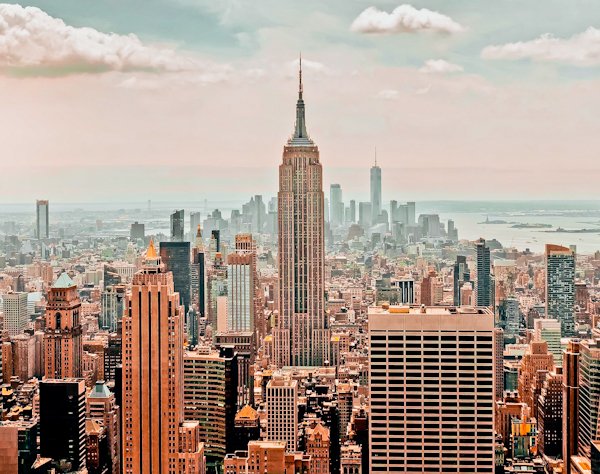 When the Empire State Building was completed in 1931, it was the tallest building in the world.  This title stood until 1970 and today it’s become the 54th tallest in the world.  With all this history, New York City is synonymous with the Empire State Building.  King Kong famously climbed this building in the 1933 movie of the same name (and remakes!).

Stay near the Empire State Building at the Grand NYC Apartments. 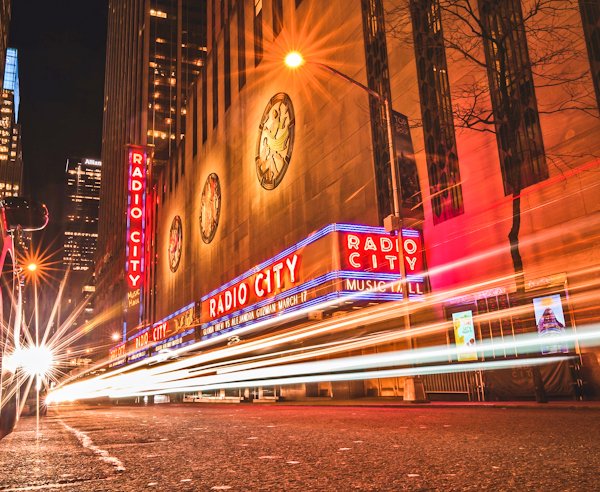 Radio City Music Hall is an important part of the New York City entertainment history.  Today, the venue hosts concerts, stage shows, media events as well as special movie premiers.  Regardless of whether you’re interested in attending an event or not, a picture outside the iconic entrance is a must! 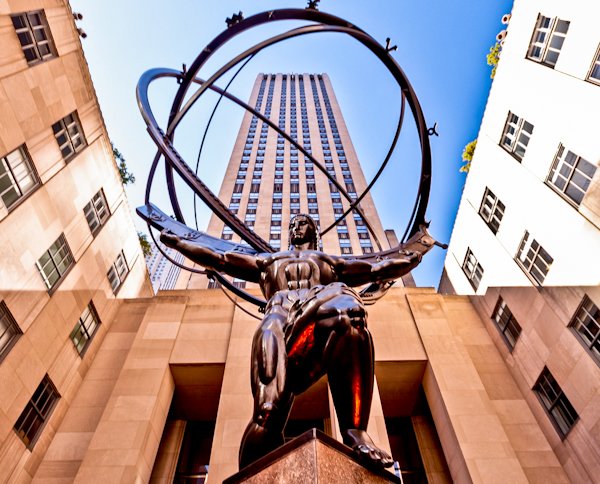 When visiting the New York City landmarks it’s impossible to overlook the Rockefeller Center complex.  As a matter of fact, the complex spans a few blocks and includes several buildings.  A popular activity in the Rockefeller Center is to ascend to the top of the rock observation deck.  From here you not only get an aerial view directly below but you also get an excellent view of the Empire State Building.  Lastly, if you’ve seen Home Alone 2, Kevin’s mum finds him at the end of the movie by the big Christmas Tree at Rockefeller Plaza. 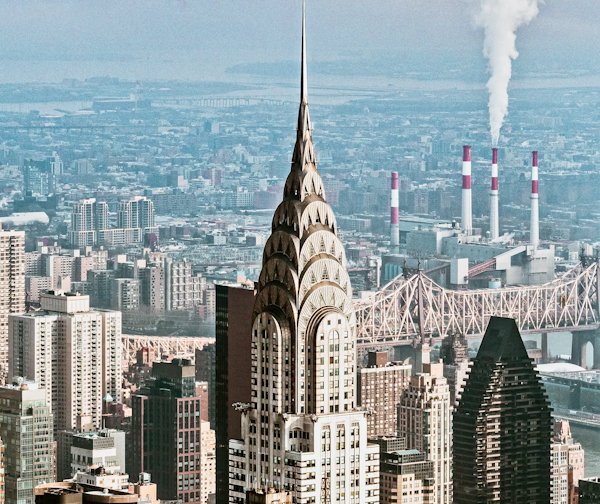 Chrysler Building has to be mentioned when exploring the top New York City landmarks.  Even if you didn’t know of this building, when you’re admiring the skyline it would certainly grab your attention.

Stay near the Chrysler Building at Pod 51. 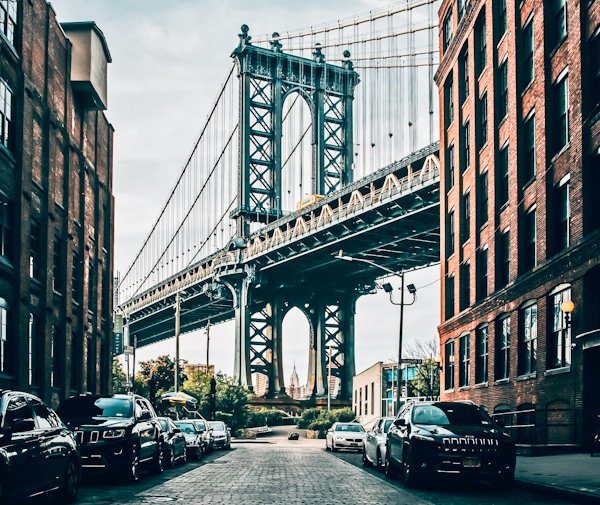 For me, the top Instagram spot in New York City is the Brooklyn Bridge.  To be exact, the view of it from Washington Street in the Dumbo neigborhood of Brooklyn.  Once you’ve made your perfect Instagram shots here, walk along the bridge and create some amazing shots using the vast cables as leading lines! 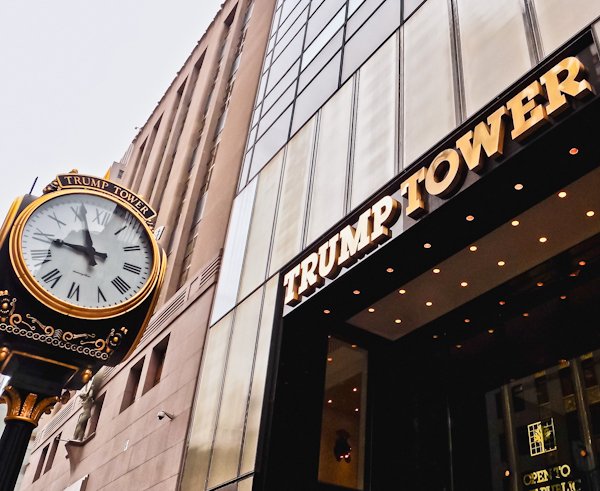 Some would say Trump Tower is famous, others would argue, infamous.  Nonetheless, Trump Tower is an important part of the New York culture.  For this reason, I recommend adding it to your itinerary. 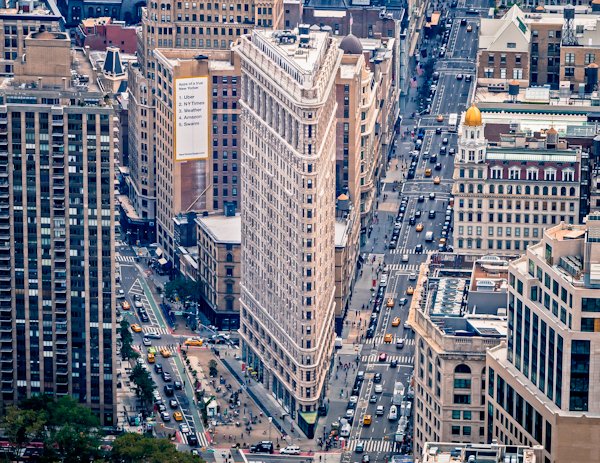 If The Vessel is my favorite New York City landmark, then the Flatiron Building comes a close second so I’m finishing up these landmarks here.  This triangular shaped building is something you’d expect to see in Portugal.  To see such a building muscled in between the skyscrapers of New York is something spectacular to see.  For photographers like me, this building deserves plenty of attention!

Enjoy Your Visit to the New York City Landmarks

New York City is a mega city therefore there are thousands of landmarks and Instagram spots which you’ll discover as you walk the streets yourself.  I’ve given you a start, now it’s time for you to explore.  Do check out the New York hotels with KAYAK as the best hotel can seriously enhance your new York experience.