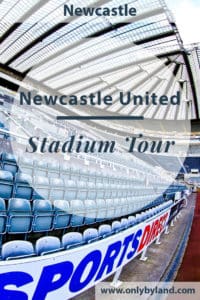 The advantages of taking a Stadium Tour of Newcastle United are;

I have taken stadium tours of Barcelona, Real Madrid, Juventus, Arsenal and Liverpool.  However, the Newcastle United stadium tour is the one which gives the visitors the most attention and detail.  I arrived at the stadium without a ticket and bought one on the day but it’s possible to book your Stadium Tour online. 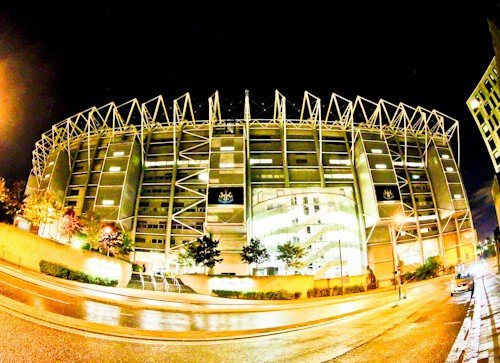 St James’ Park is located in the city center of Newcastle.  Wherever you’re staying in the city it’s likely you’ll be able to walk to the stadium.  I was staying at the Staybridge Suites and it took me about 15 minutes to walk to the stadium.  The stadium is huge which in itself tempts you to take a tour.  The history of St James’ park dates back to the 19th century making it one of the oldest stadium locations in the Premier League and the world. 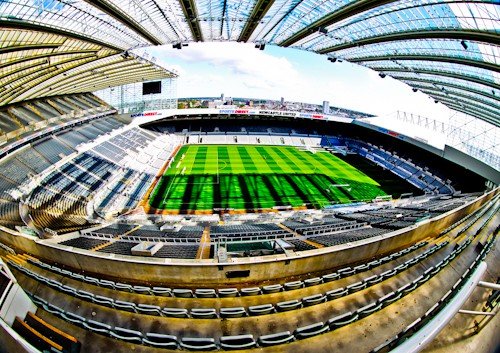 The first stop on the Newcastle United stadium tour is to the top of the Milburn Stand.  This is largest and most impressive stand.  It’s high up but you do get taken up in the elevators.  From the very top of the Milburn Stand you not only get a birds eye view of the pitch but a brilliant view of Newcastle city center.  There’s a map at the top of the stand pointing out the names of each building in the city.  The most prominent being the Civic Centre.  The other huge stand to the left is the Leazes Stand.  The away fans have seats allocated in the top corner of this stand, as a result they’re as far away from the pitch as possible.

Next stop are the executive boxes, these cost thousands of dollars for a season ticket and that doesn’t include the drinks!  It’s interesting to see how luxurious watching a football game can be.  It’s also interesting to learn about the strict alcohol laws in the UK.  You’re not allowed to stand at the window of the executive box with an alcoholic drink in your hand.  Having mentioned the no drinking in the open rule, many football fans will remember seeing Newcastle United owner Mike Ashley drinking pints out in the open in the stadium.  The guide stated that that are 65 bars inside the stadium.  The justification for there being so many bars is that if you’re a Newcastle United fan then you need a drink! 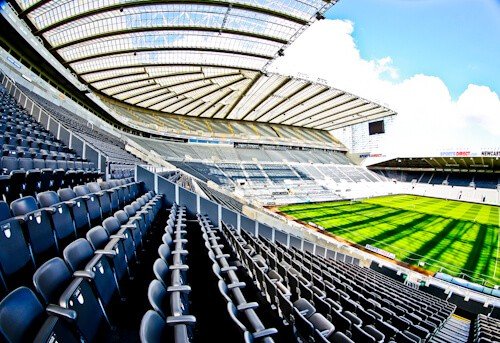 This part of the stadium has seats with the best view of the pitch.  When Steve McClaren was manager he tried to organize the team from this part of the stadium.  In addition, there’s a seat in this section reserved for the late Sir Bobby Robson.  Sir Bobby is a Newcastle legend who managed big football clubs such as Barcelona as well as the England national team.  His seat is left empty to honor him, unless of course one of his family members is in the stadium and they can use it.  The guide explained on a cold rainy night when the winds blowing in from the North Sea it’s not the best place to be sat! 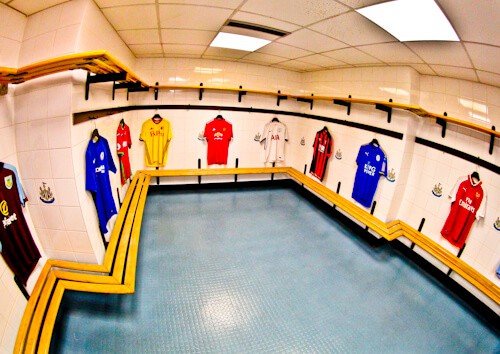 The away teams dressing room is nothing special which is how it’s supposed to be.  It’s small, there’re no lockers and it’s either too hot or too cold.  This is to give the home team an advantage.  Can you imagine Cristiano Ronaldo or Lionel Messi using this changing room?  Where would they keep all their belongings?  The changing rooms are designed to get players out of their comfort zone when visiting St James’ Park. 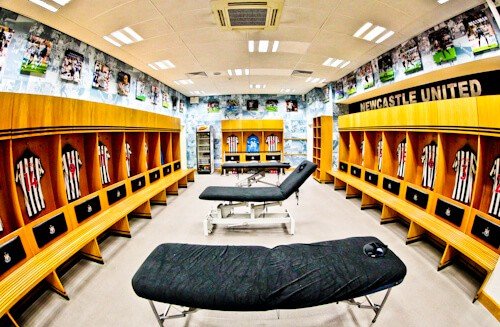 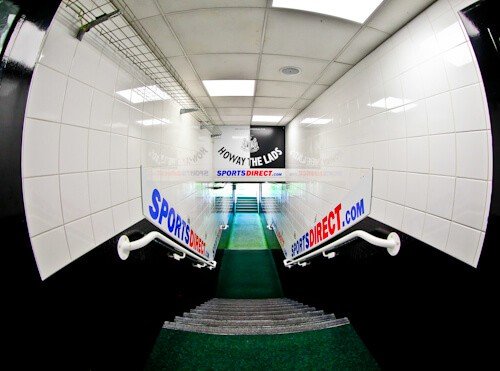 If you’re taking the stadium tour with kids this is the part they will enjoy the most.  The tour guide will put on the same music they play on match day.  The kids are then invited to walk down the tunnel to the pitch, exactly as players do.  The adults also take the walk but the kids go first!  There is a message for the Newcastle team stating ‘Howay the lads’.  This means ‘Come on lads’ in Geordie (I think!). 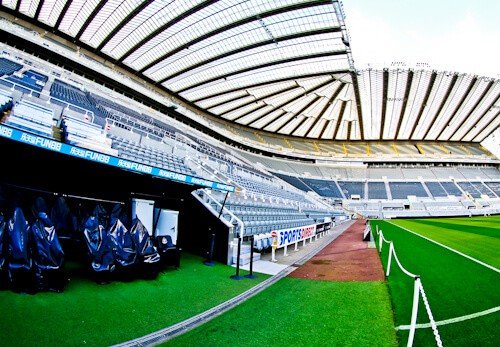 You’re invited to sit in the dugout where so many famous managers have sat.  Managers such as Rafa Benitez, Ruud Gullit, Kevin Keegan and Sir Bobby Robson have managed Newcastle United.  Additionally, many famous managers have visited St James’ Park including Jose Mourinho, Sir Alex Ferguson, Arsene Wenger, Pep Guardiola and Antonio Conte.  An interesting fact about the seats in that for the Newcastle side, they’re heated but for the visiting teams they’re not. 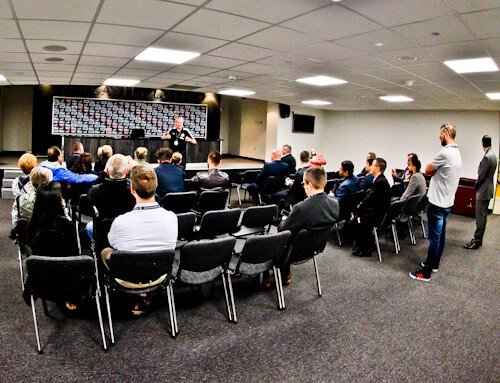 As part of the tour you’ll see the Newcastle United Press Room.  When you see a Newcastle United press conference on TV it’ll have been filmed in this room.  The guide was keen to mention when the press room was at its fullest.  In the Champions League in 1997 Newcastle beat Barcelona 3-2 after a hat trick by Colombian Faustino Asprilla.  This was a huge story and press were queued up outside trying to get their story.

The tour takes about 90 minutes and you’ll be accompanied by a knowledgeable guide the whole time.  Feel free to ask the guide as many questions as you want, they are really keen to talk about their team as well as the city of Newcastle.  If you want to take unique photos of the stadium, ask the guide for tips, they can also take your photo for you.

I took a standard Stadium Tour  but it’s also possible to take match day tours if you are also visiting to watch a match.

If you need a place to stay in Newcastle whilst visiting the Stadium, I recommend the Staybridge Suites.  Check out the Anfield Stadium Tour, home of Liverpool FC. 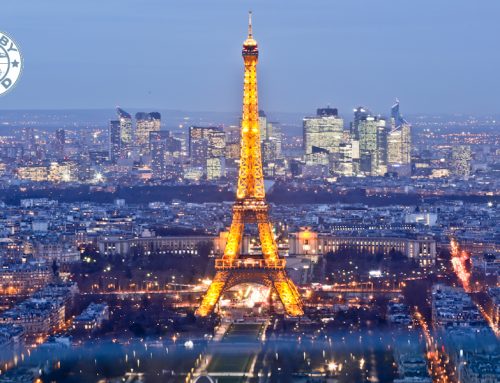