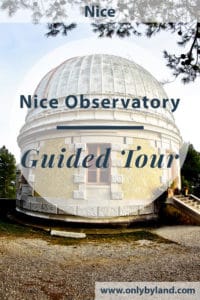 You can buy a ticket for the Nice Observatory tour from the Nice tourist office.  This is located outside the Nice-Ville train station. 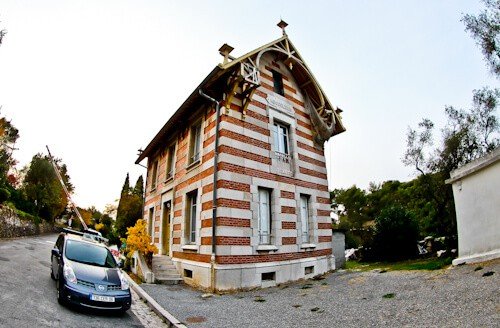 How to get to Nice Observatory is very easy.  When you arrive by bus you must exit at the Observatoire stop.  At this stop you’ll see a large gate and a house (above).  This is where the Nice Observatory tour starts.  The tour is given in French and most of the visitors will be French.  When the guide is not talking to the group as a whole they will be happy to explain things in English to you.  I was lucky as other French visitors were keen to explain things to me in English.  Most visitors were visiting to learn about the historic observatories whereas I was there to see the cupola designed by Gustave Eiffel. 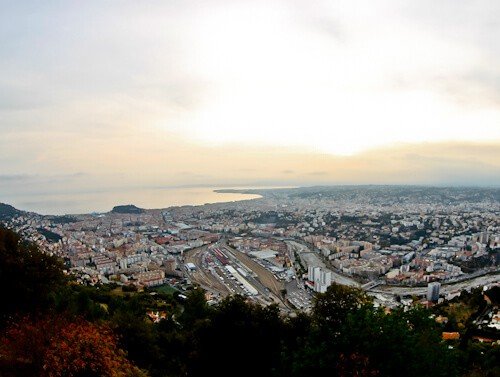 As you walk up to the observatories you’ll see a wonderful panoramic of Nice.  I would recommend taking a tour late afternoon as you’ll witness the Nice sunset.  There will be plenty of opportunities to photograph the panoramic as you pass it when walking between observatories. 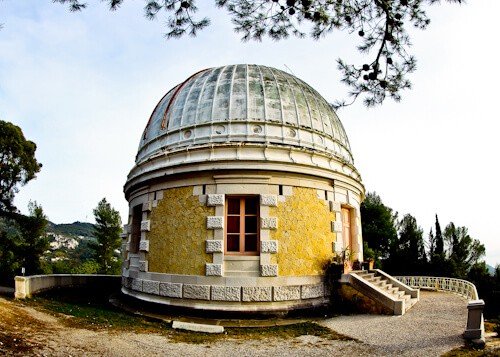 On the tour there are 2 observatories which you’ll visit.  One of them is the lesser known and smaller Charlois cupola.  This cupola is not visible from Nice.  Inside the Charlois cupola you can view the working observatory.  The French have since built more modern astronomical observatories all over the world.  However, the ones in Nice are still used today.  They are used for what are now basic tasks.  Tasks such as viewing asteroids or comets which may be passing through the solar system.

There is another smaller cupola on the site called the Schaumasse Cupola.  You will not go inside this one but you can photograph it. 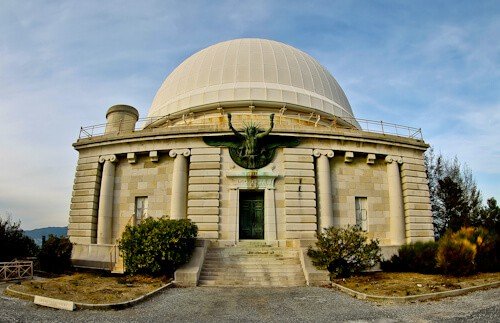 The main observatory was completed in 1878 on the summit of Mount Gros.  At this time it was the highest observatory in the world.  The telescope inside was the largest telescope in the world at 76 meters in length.  Many of the stars we know today were discovered for the first time at this observatory.  In fact, around 2000 stars were discovered here.  Two famous French architects designed the Nice Observatory.  Charles Garnier designed the building and the cupola is a piece of work by Gustave Eiffel.  Charles Garnier is famous for the Paris Opera and Gustave Eiffel for the Eiffel Tower.  This observatory is visible from downtown Nice. 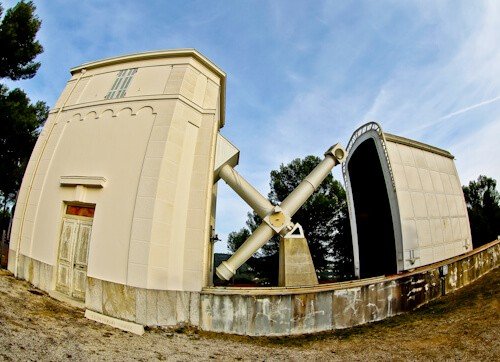 Another impressive telescope located at the Nice Observatory is an equatorial curved telescope.  When they move the cover it looks like something from an old James Bond movie.  It looks very simple to operate the telescopes.  The guide explains that the stars and earth are both moving and that there is a lot more work going on with the telescope than you would first imagine.

The Contribution of Gustave Eiffel 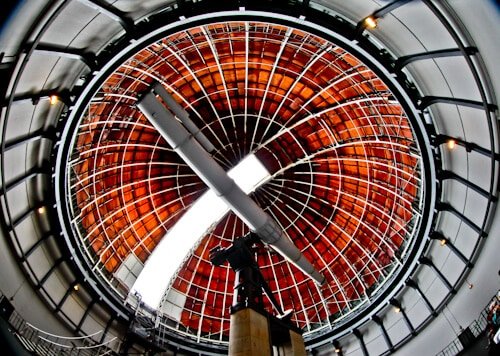 The reason I went to the Nice Observatory is to see the Gustave Eiffel Cupola.  I have seen his work in Bordeaux, Porto, Monaco and Maputo.  His work in Nice is unique as it’s a rotatable cupola.  One of the problems they had to overcome back in 1878 was how to make such a heavy cupola rotate.  The cupola weighs over 100 tons.  This problem was resolved by floating the cupola on water mixed with magnesium chloride.  If you were to have visited this in 1880 you would be seeing the largest astronomical telescope in the world.  You would also be visiting the highest observatory in the world.

How to get to Nice Observatory 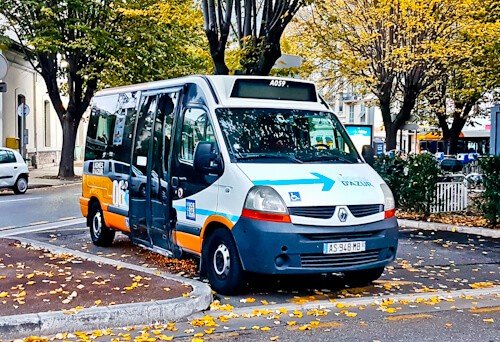 To get to Nice Observatory you must take bus 84.  This leaves from outside the Nice Riquier train station.  You can view the exact location of the bus stop on Google maps.  The Nice Riquier train station is quite a long walk from the center.  If you take the tram to Palais des Expositions stop it’s a couple of blocks away and you can use the same ticket for the bus.  Make sure you have a ticket to get back as they don’t sell them from the Observatoire stop.

How to watch a football match in Nice or Monaco.  What to see in Nice and Monte Carlo.