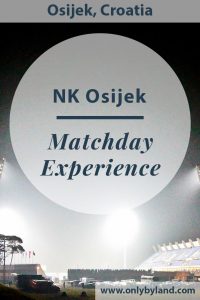 NK Osijek are one of the few clubs which have never been relegated from the Croatian League.  Reasons to watch an NK Osijek football match are;

I was staying at the Hotel Central in the center of Osijek and was able to walk to the stadium. 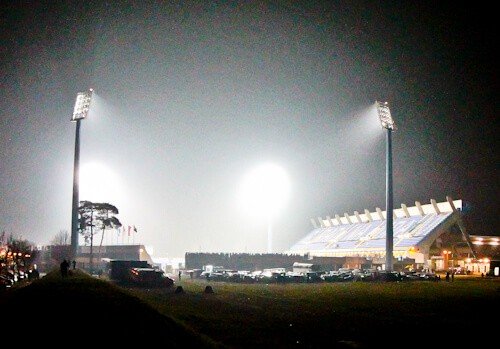 The Gradski Vrt stadium is located adjacent to the Vrt Hall in the south of the city.  Gradski Vrt translates to City Garden, therefore this is the City Garden Stadium.  It’s a 20-30 minute walk from the city center.  There are currently 2 teams who share this ground, Fortuna VNO Osijek and NK Osijek.  It’s worth mentioning that a new stadium is being built at a different location.  From the 2020/21 season NK Osijek will play their home games along the banks of the River Drava in the new NK Osijek Stadium.  However, Fortuna VNO Osijek as well as NK Osijek B will continue to play their home games at the Gradski Vrt stadium. 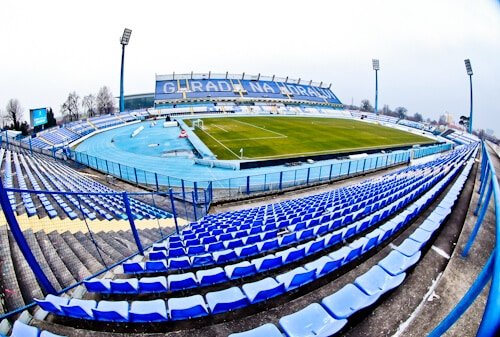 The Stadion Gradski Vrt has a capacity of almost 19,000.  Interestingly, there is a safe standing area in this stadium.  Another interesting fact about this stadium is that it took over 30 years to complete due to funding problems.  It finally opened in 1980, although a few games were played before its official opening.  A famous game played here was the Croatian Cup final in 2016 which Dinamo Zagreb won.  Additionally, it has also hosted Croatian national team games, as a result Luka Modric has played here. 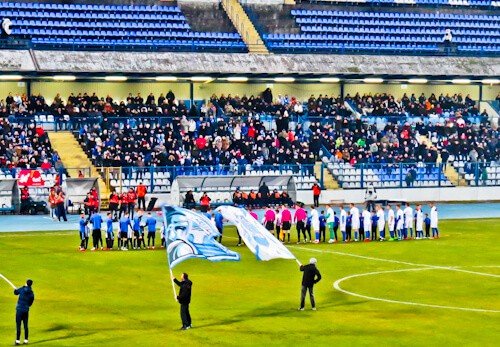 Part of the excitement of watching a live football match is the pre match line up.  The teams come out to Croatian music and are cheered by the crowd.  Of course Dinamo Zagreb were booed, even more so when they were announcing the players names! 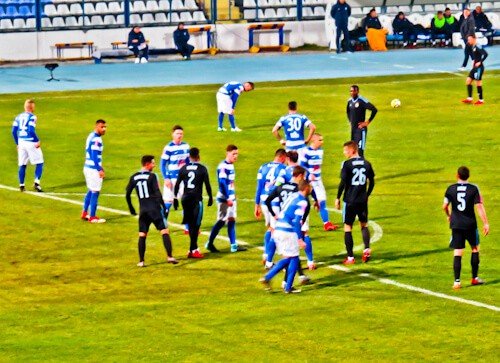 Dinamo Zagreb are the most successful team since Croatian independence.  For this reason you’ll be lucky if they’re playing NK Osijek when you’re in town.  In fact, Dinamo Zagreb had a few players who made it to the 2018 world cup final in Russia.  In 1982, the stadium had its highest attendance of 40,000 spectators when NK Osijek played Dinamo Zagreb.  Back in 1982 Osijek lost 1-2 and when I watched, they lost 2-4.  However, the attendance was much less in 2018! 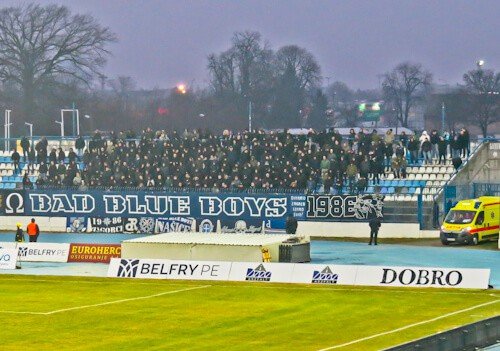 The Bad Blue Boys are also known as the Zagreb ultras or Zagreb hooligans.  It’s interesting to watch their behaviour in the stands, also the behaviour of the police trying to restrict their movement.  This group is so influential that it’s claimed they inspired the Croatian independence movement from Yugoslavia.  Furthermore, the name of the group, Bad Blue Boys, is said to be inspired by the Sean Penn movie ‘Bad Boys‘.  I don’t recommend you get too close to the Bad Blue Boys! 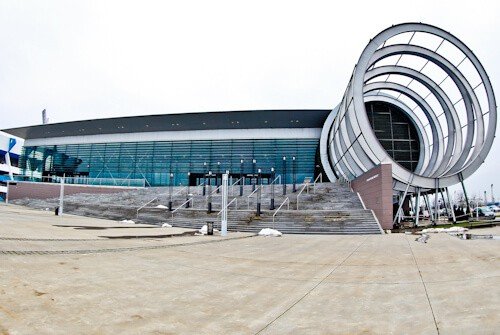 Adjacent to the Gradski Vrt stadium is the Gradski Vrt Hall.  This is an arena which hosts basketball as well as handball matches.  In addition there are smaller martial arts halls located inside.  There are a few bars and restaurants located under the structure which are good for a pre or post match snack / drink.

Enjoy your Croatian League matchday experience.  Whoever is playing, it’s likely to be a good atmosphere.  Croatians are very passionate about their football, for this reason they reached the 2018 world cup final in Russia!