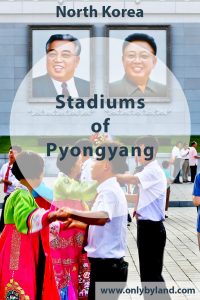 Pyongyang is home to the world’s biggest stadium.  Noteworthy Pyongyang stadiums include;

I was staying at Hotel Yanggakdo which is opposite the Yanggakdo Stadium.  Additionally I could see the Rungrado May Day Stadium as well as the King Il Sung Stadium from the panoramic rooftop restaurant. 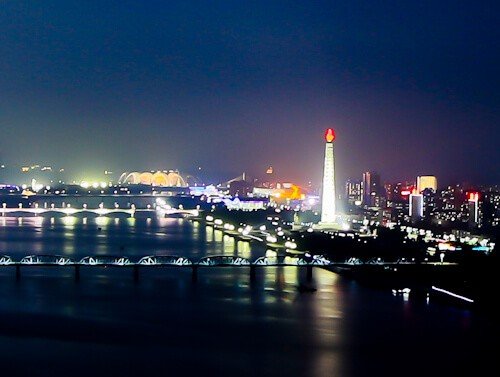 The Rungrado May Day Stadium is the largest stadium in the world.  Also known as the 1st May Stadium it has a capacity of 114,000 spectators.  It was completed in 1989 and is North Korea’s answer to the Seoul Olympic stadium which hosted the 1988 olympics.  As these two countries were technically at war, North Korea also wanted to beat the south with the size of their stadium.  The stadium is located on Rungrado Island, for this reason it got its name.  The most famous event which takes place here is the Mass Games.  Furthermore, the Mass Games hold the world record for most performers in a gymnastics display.  In fact there are often more than 100,000 performers in the Mass Games. 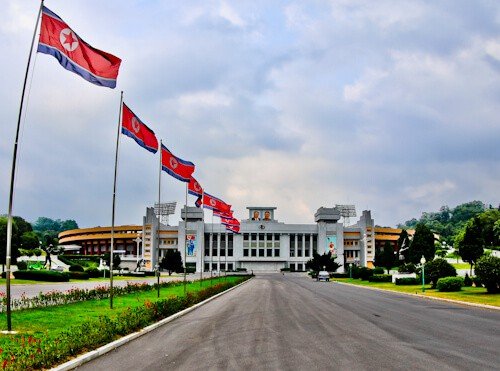 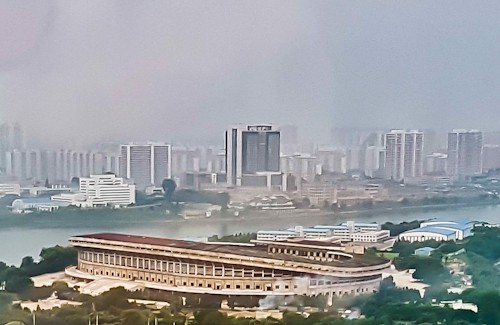 Yanggakdo Stadium is located on Yanggakdo Island, alongside the Yanggakdo International Hotel.  The capacity is 30,000 and it’s the home stadium of 3 Pyongyang based football teams.  Kigwancha, Sobaeksu as well as April 25 all play their home games here.  April 25 were the North Korean league champions in 2017. 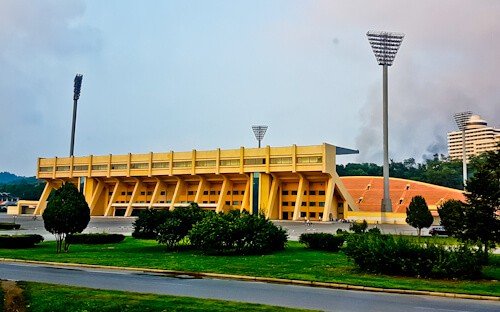 Located in the eastern suburbs of Pyongyang is the East Pyongyang stadium.  As my tour didn’t pass here, I could not photograph it.  However, it has a capacity of 30,000 spectators.  Similarly to the Sosan stadium, it’s unknown who plays football there. 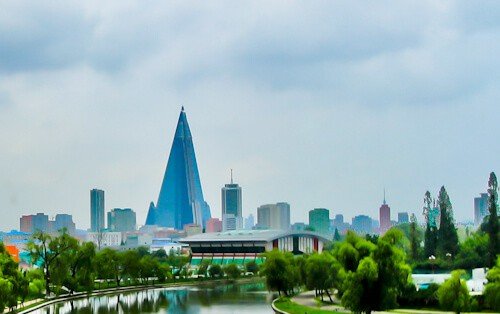 As you drive around Pyongyang you’ll pass several indoor sporting arenas.  Some of the indoor arenas are designated to specific sports.  As an example there are indoor arenas for weight lifting, badminton as well as taekwondo.  You can identify which indoor arena is which by the sports logo on the front of the building.  It’s worth noting that taekwondo originated in the Korean peninsula. 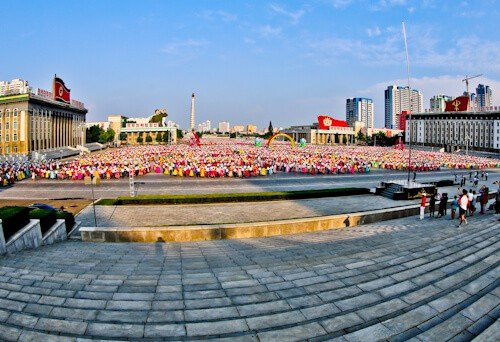 Enjoy your visit to the Pyongyang Stadiums

If you join any Pyongyang tour it’s likely you’ll see most of the Pyongyang stadiums.  However, if you wish to visit the interior of any of the stadiums I recommend you visit North Korea during a big event.  For example, to visit the Rungrado May Day Stadium you should book a Mass Games tour in September.  In addition, you can check the Asian football fixtures for any football match scheduled in the Kim Il Sung Stadium.

Check out the Things to do in Pyongyang as well as the best places for People Photography. 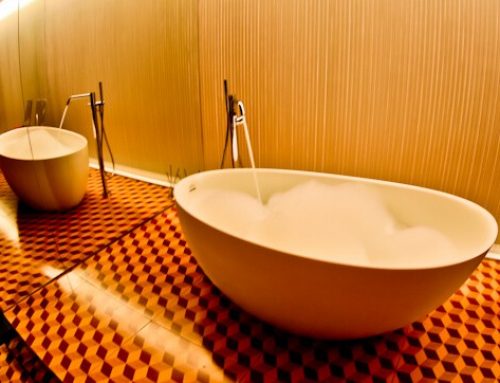