Pamplona is a beautiful city in the Basque region of Spain famous for the annual running of the bulls festival.  This festival ends at the Pamplona bull stadium which is open daily for stadium tours.  Reasons to visit the Plaza de Toros Pamplona include;

The bullring is in the center of Pamplona therefore you can walk from any city center hotel. 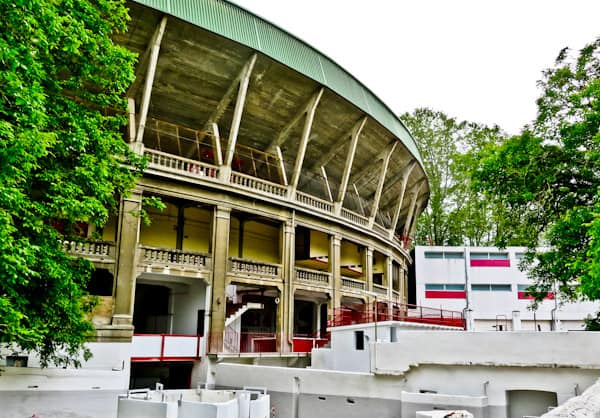 The Plaza de Toros is in central Pamplona.  As a matter of fact it’s the final destination of the famous Pamplona bull run.  For this reason it’s very easy to visit and one of the most popular things to do in Pamplona.  If you’re staying in old town you’ll be very close to the bullring. 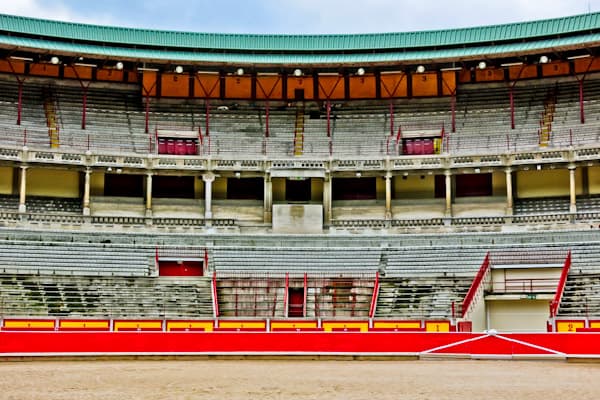 The Plaza de Toros Pamplona was built in 1922 and has a capacity of almost 20,000.  The arena is one of the most significant in Spain due to the fact it’s the end of the Pamplona Bull Run festival.  Another interesting fact is that the famous Camino de Santiago passes the stadium therefore many pilgrims take the tour.  Lastly, it’s the 4th largest bullring in the world. 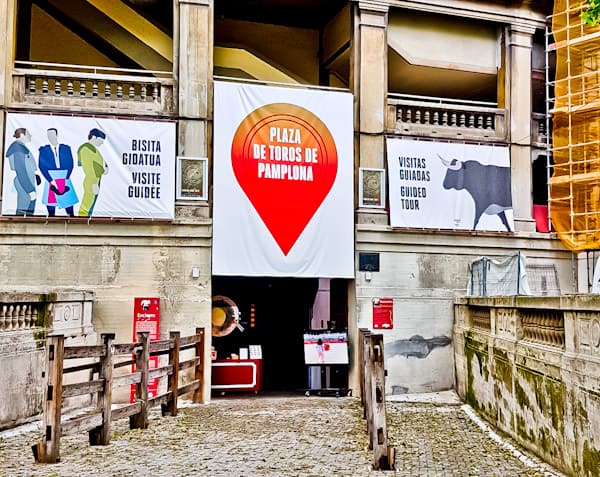 The entrance to the Plaza is marked with a huge red arrow.  It’s open everyday except for Mondays.  A ticket costs around 6 Euros which includes an audio guide in English as well as several other languages. 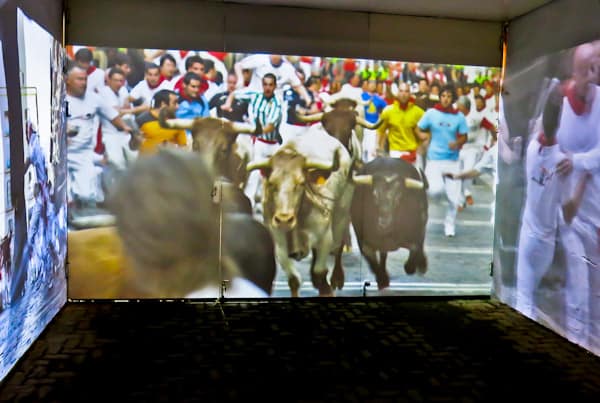 Firstly, it’s likely you’ll take the Pamplona stadium tour because you’re visiting when the Bull Run isn’t on.  For this reason, when you enter the historic arena you’ll be invited to watch a bull run montage.  With the music and excellent camerawork, you really get a feel of the atmosphere as well as the adrenaline of this famous bull run.

As part of the stadium tour you may walk through the bullpens.  Of course, there are no bulls in the pens!  However, it’s interesting to observe the reinforced metals doors required to secure the pen.  Finally, if you require an Instagram photo with a bull, there’s a convincing cardboard cutout on display.

The Life of a Bull 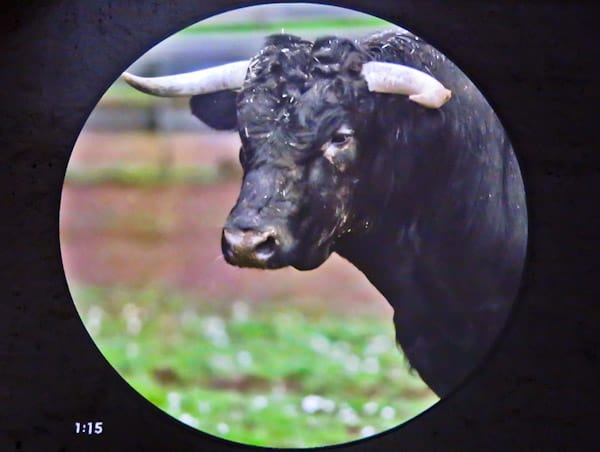 Lots of people feel the bull culture in Spain is a form of animal cruelty.  As a result, there’s a video about the life of a bull before the famous running of the bulls festival.  These bulls live a life of kings, enjoying good food with the freedom to roam.  In contrast, all of a sudden they will one day be running down the streets of Pamplona in a huge panic. 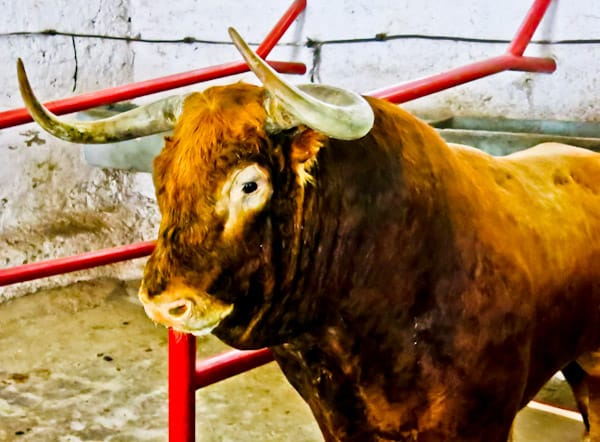 A popular Instagram spot in the stadium is with a taxidermy bull.  An interesting fact about this bull is that he participated in the running of the bulls.  As a matter of fact, he was the last bull to reach the Plaza de Toros when he participated. 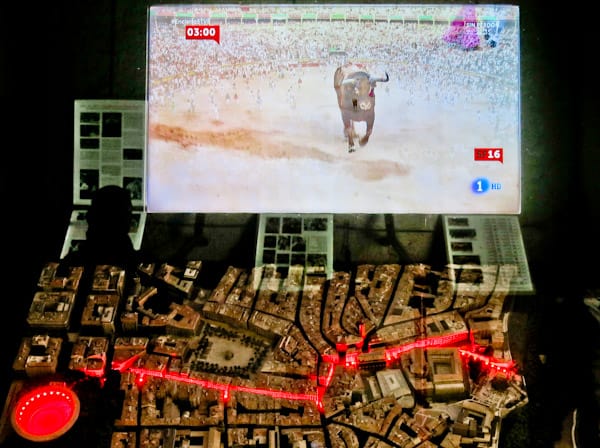 There’s an interactive video which follows the route through Pamplona.  Below this video is an interactive map which shows exactly where in the city the bulls are.  Keep your eye out for the taxidermy bull, he’s the last to enter the arena at the end of the video. 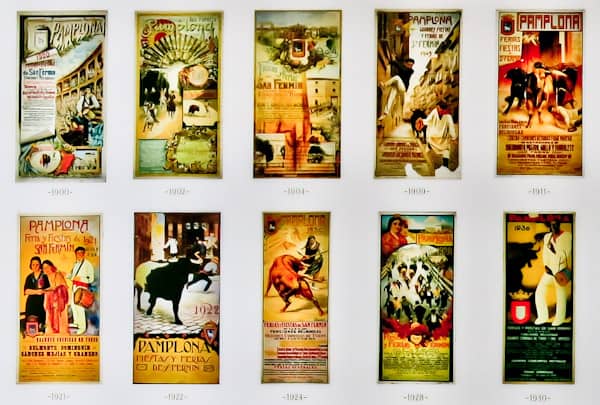 Historically, the running of the bulls began as early as the 13th century.  However, it was a method of sending bulls to the arena.  They would be chased by people with sticks through the city to the arena.  Over the years, this has evolved into a festival.  People looking for an adrenaline rush now run in front of the bulls.  As the festival became more established, advertisements were made.  Flyers from as early as 1900 are on display in the Plaza de Toros. 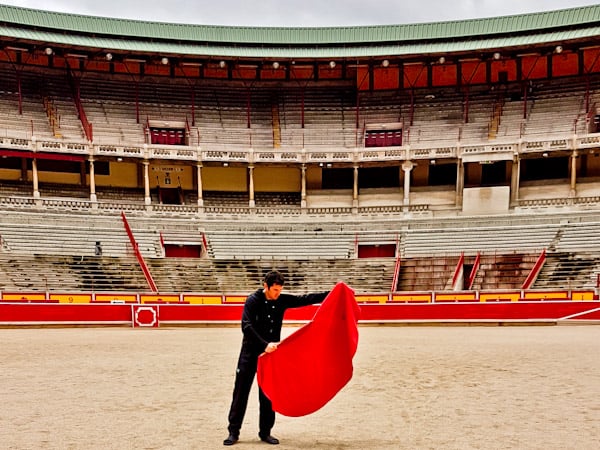 Arguably the best Instagram spot in not only the Bull Fighting Stadium but also in all of Pamplona is with a prop inside the arena.  There are several props available from the traditional clothing to a muleta (red cloth with stick).  I even saw a woman posing for photos dressed as a matador whilst hanging from the side of the arena walls. 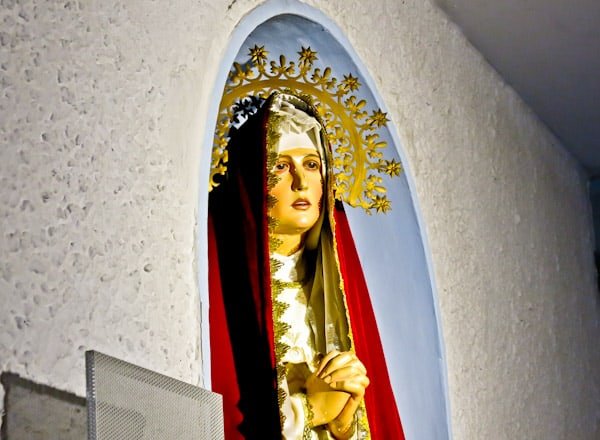 It’s ironic to see a religious shrine in a place surrounded by animal cruelty and controversy. 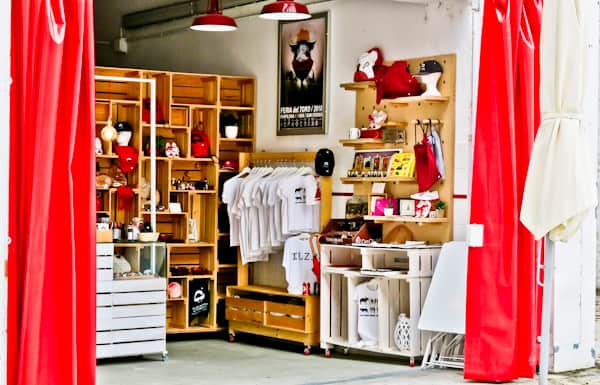 At the end of the stadium tour you have the opportunity to visit the gift store.  Here you can buy anything bull themed from baby clothes to a fridge magnet. 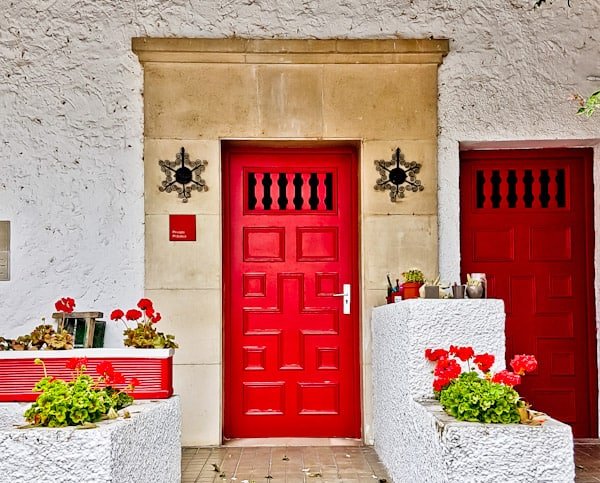 As well as the taxidermy bull and photo props there are additional Instagram spots throughout the arena.  The arena was built 100 years ago therefore boasts some historic Spanish architecture.

You’ll learn a lot about Pamplona on this tour whether you’re a fan of bullfighting or not.  Moreover, in a town famous for bulls, a visit to the Bull stadium in a must!