Parc de Princes is the home of Paris Saint Germain, one of the most famous football teams in the world.  Here are a few reasons to take a Parc des Princes stadium tour;

I recommend booking your stadium tour online in advance for skip the line tickets. 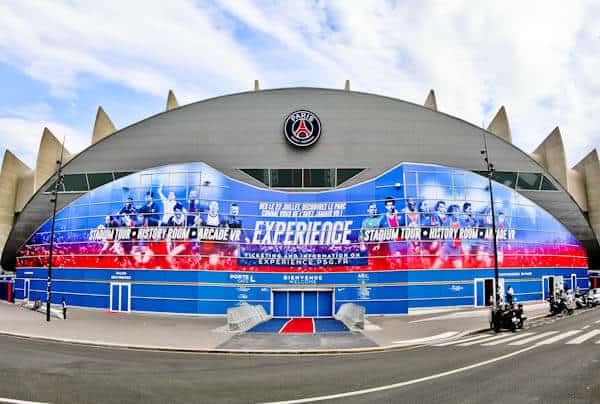 Opening hours for the stadium tour are usually daily from 10 am until 7 pm.  However, events at the stadium can affect the schedule.  For this reason, I recommend you check the stadium events schedule.  If you’re lucky, Paris SG may be playing at home.  Which is the nearest Metro station to Parc des Princes?  You have a choice of 2 Metro stations.  Either Metro 9 to Station Porte de Saint-Cloud.  Alternatively, try Station Porte d’Auteuil on Metro line 10.  Lastly, from either metro station, it’s a short walk to the stadium. 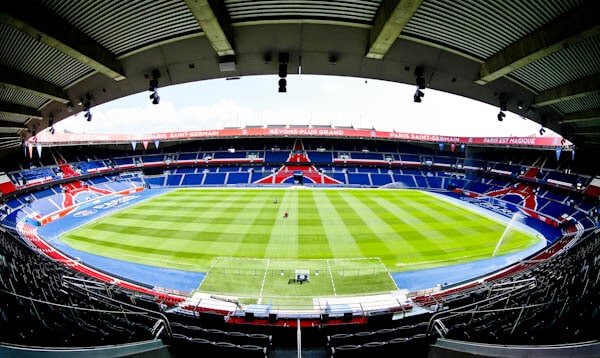 Parc des Princes is the second largest stadium in Paris and the fifth largest in France.  The largest is Stade de France, followed by Olympique Marseille.  Parc des Princes capacity is 47,929.  As you would imagine with such a popular club in a large city, matchday tickets sell fast.  Historic events held here include the Euro 1984 final as well as six France 98 World Cup matches.  More recently it hosted five Euro 2016 matches as well as several of the Women’s World Cup 2019 matches.  In addition to football, several Rugby World Cup matches have been played here.  Lastly, did you know that the Parc des Princes location was originally a velodrome? 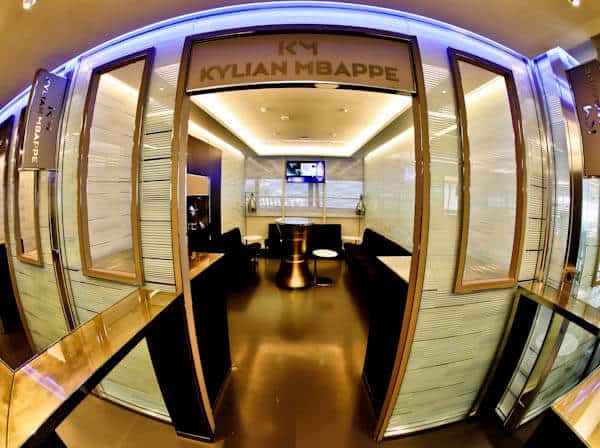 Kylian Mbappe is arguably one of the most wanted football players in the world.  Many football clubs around the world would pay millions for his services.  For this reason, Paris SG treat him like a king.  They don’t want this French world cup winner to leave.  You’ll see the special treatment Kylian Mbappe receives as part of the Parc des Princes stadium tour.  Moreover, as he’s a fan favorite, his VIP lounge is a top photo spot on the tour. 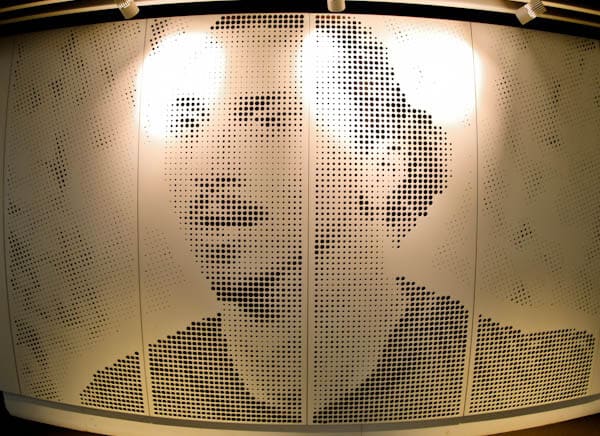 As you explore Parc des Princes you’ll pass several legend murals.  So which legends have played for Paris SG?  Let’s start with David Ginola who later became a Newcastle Utd legend.  Other legends include, George Weah, Rai, Ronaldinho and Cavani.  Do you remember David Beckham played here after Man Utd, Real Madrid and AC Milan?  Of course, the most recent legends are Mbappe and Neymar. 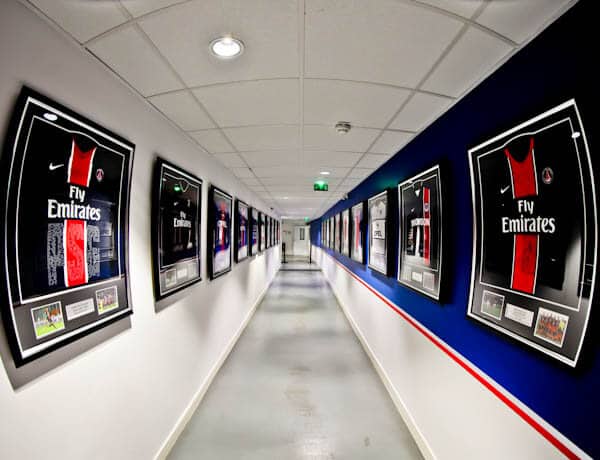 The Paris SG Museum may be lacking a little.  However, this is more than made up for with the historic items on display throughout the stadium.  One particular corridor features historic PSG shirts from recent years.  Not only are these interesting but they’re also signed by the players from that period. 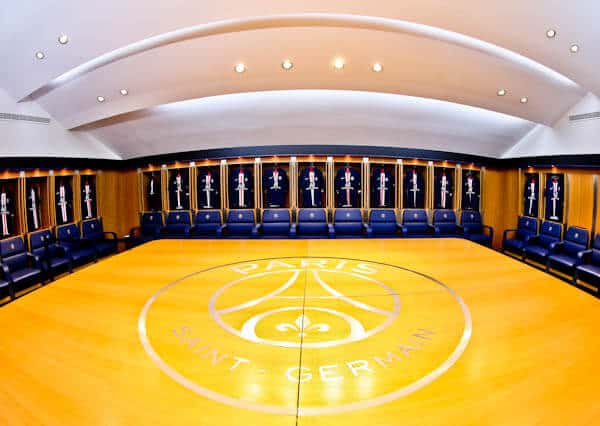 Paris SG have a very homely dressing room.  With the huge logo on the center table, they definitely know which team they’re playing for.  Unfortunately, you’re only permitted to sit in one seat to pose for photos.  Therefore, you cannot sit in your favorite players seat.  Nonetheless, a photo in the home team dressing rooms is definitely a memorable one! 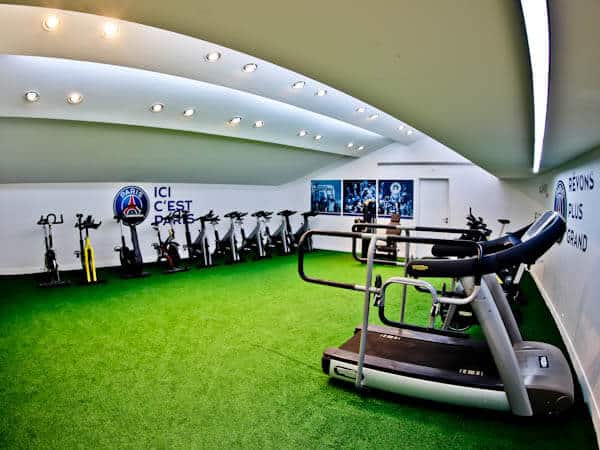 Paris SG have exclusive access to not only warm up facilities but also world class massage and bathing facilities.  I believe the away team dressing rooms will be extremely dull and basic in comparison. 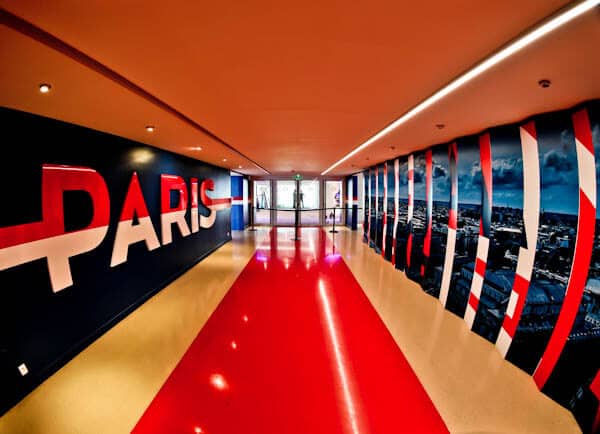 The away team will certainly know they’re in Paris as they walk out onto the pitch.  And that’s before they walk out in front of the noisy home crowd.  As a matter of fact, if you’ve seen Paris SG play on TV, this is where they film both teams waiting to come onto the pitch.  Finally, this is an excellent place to take an Instagram photo. 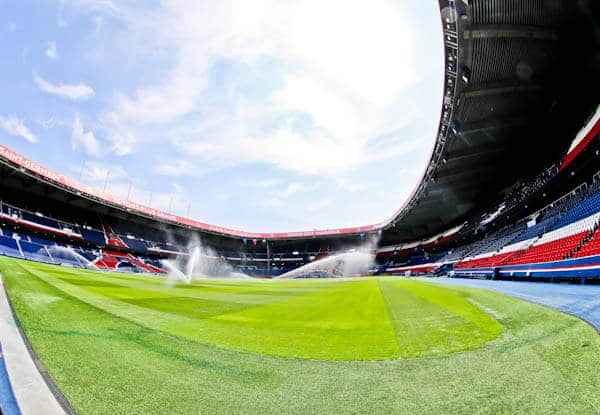 You’re invited to sit in the dugouts where so many footballing legends have sat.  Paris SG regularly play in the Champions League therefore many modern day footballing greats have sat here.  Which famous managers have controlled PSG from this dugout?  Recent PSG managers include, Thomas Tuchel, Unai Emery, Laurent Blanc, Carlo Ancelotti and Luis Fernandez. 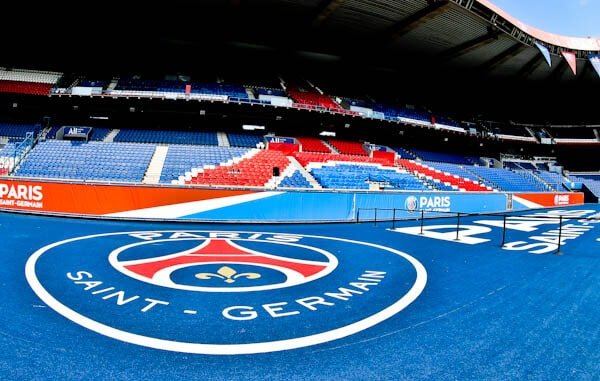 At pitchside there are a few excellent photo opportunities.  Firstly, you can sit inside the huge Paris Saint Germain logo for a picture.  Alternatively, a photo with a huge red Eiffel Tower in the background also looks good. 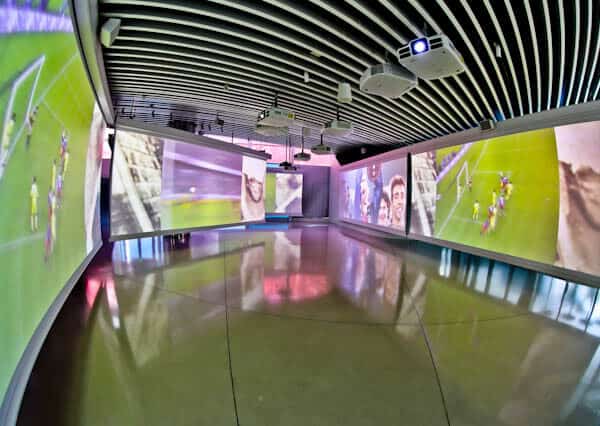 The Paris Saint Germain museum features a series of 20 minute movies.  These feature the highlights of the clubs history which started in 1970.  In addition to this you’ll find a small trophy cabinet.  This features several French League 1 trophies, as well as French Cups and the European Cup Winners Cup which they won in 1996.  I must say, for such a popular club, the trophy cabinet is rather empty!  If you want to see an impressive trophy cabinet, I recommend you visit Benfica in Lisbon. 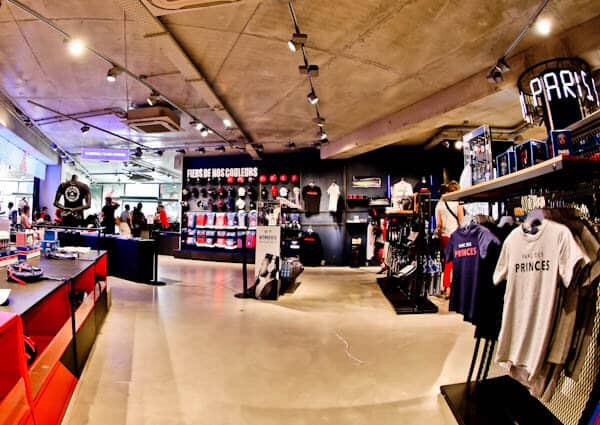 The Paris SG Store is located in the Stade Jean Bouin directly opposite Parc des Princes.  This is a huge clubstore which features almost anything you could imagine with either a Paris Saint Germain or Parc des Princes logo.  Even if you’re not a football fan, you’ll find some excellent merchandise representing the city of Paris.  Why not buy yourself a PSG t-shirt to pose in during your tour? 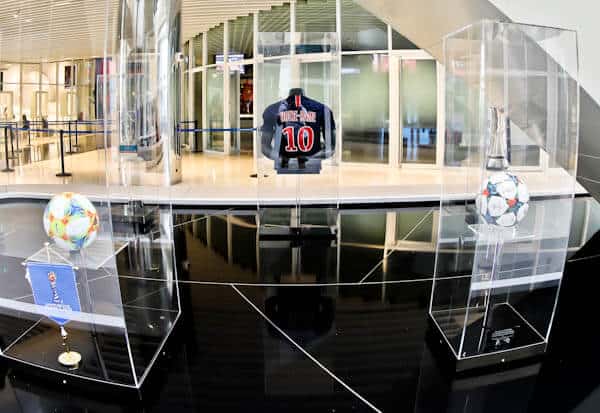 Enjoy your Parc des Princes visit.  Remember, it’s extremely easy to get to by Paris Metro.  The parts of the stadium visitors come to see are the dressing rooms, pitchside and of course the stadium itself.  In contrast, be sure to pay attention to detail as you walk around as there are some very interesting parts of the stadium which normally don’t get a mention.

I recommend booking your stadium tour online in advance for skip the line tickets.  In addition, you have the option to pay in your home currency.

Check out the other French Ligue 1 stadiums, AS Monaco, Bordeaux, Olympique Marseille and OGC Nice.