Philadelphia is a city known as the birthplace of the United States and home to the famous Liberty Bell.  For this reason alone, I highly recommend you visit Philadelphia.  Other reasons to visit include to see many famous Rocky filming locations including the Rocky stairs.  Below I list several Philadelphia landmarks and top Instagram spots you must add to your bucket list.  Firstly, before we go through the Philadelphia landmarks, let me quickly share how to plan your trip independently through KAYAK.

Why Use KAYAK to Plan Your Philadelphia Trip

Philadelphia is a one of the biggest cities in the US with almost 3000 hotels.  As you’d imagine, this can make choosing a hotel quite a task.  Some deals are better than others and KAYAK will help you filter out these great deals.  Try the KAYAK hotel search which enables you to find the best value hotels on your dates.  Upon entering your dates and searching, KAYAK will list the hotels alongside their rating and price.  From this list, filter out your desired hotel according to price, rating and location to find the best offers in Philadelphia.  Do you plan to take an east coast road trip afterwards?  Are you flying in and out of Philadelphia?  Search hotels, cars and flights below to discover better deals than you ever thought possible. 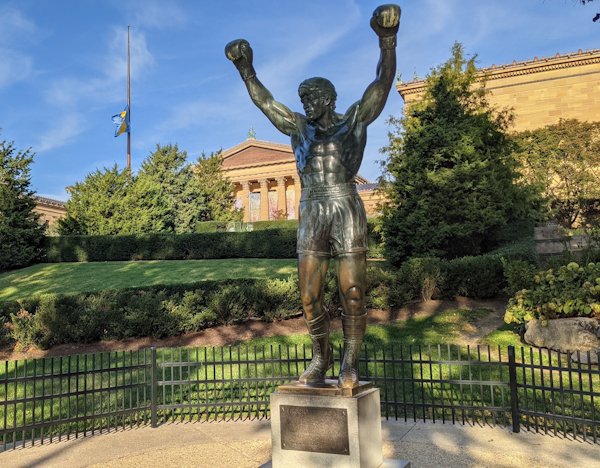 My top pick for the Philadelphia landmarks and top Instagram spots are the Rocky Balboa statue and stairs.  If you’ve seen the Rocky Balboa movie, you’ll remember him running up a flight of stairs during his training.  This flight of stairs is in fact the entranceway to the Philadelphia Museum of Art.  As you walk up these it’s not uncommon to see other tourists recreating this historic scene for their Instagram feeds. 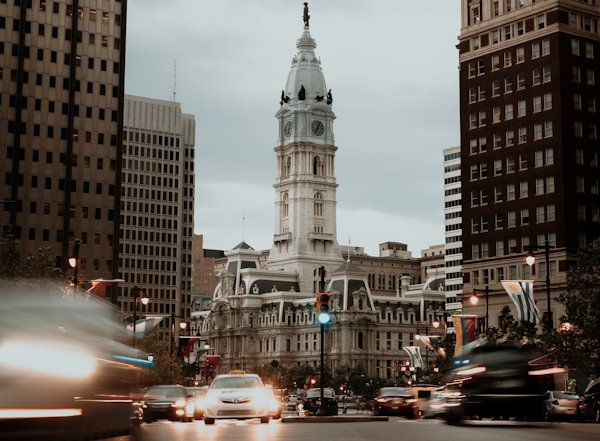 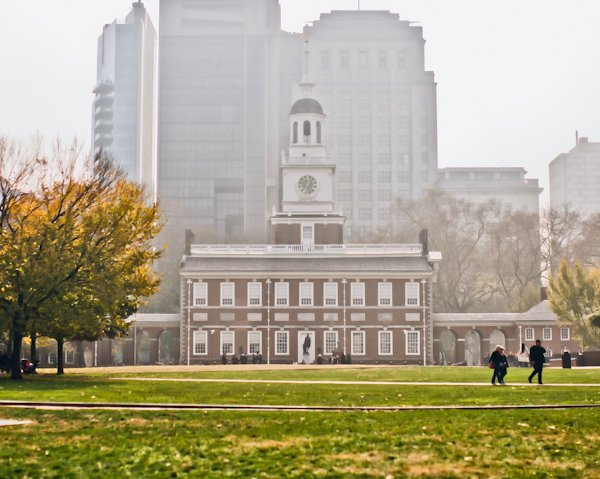 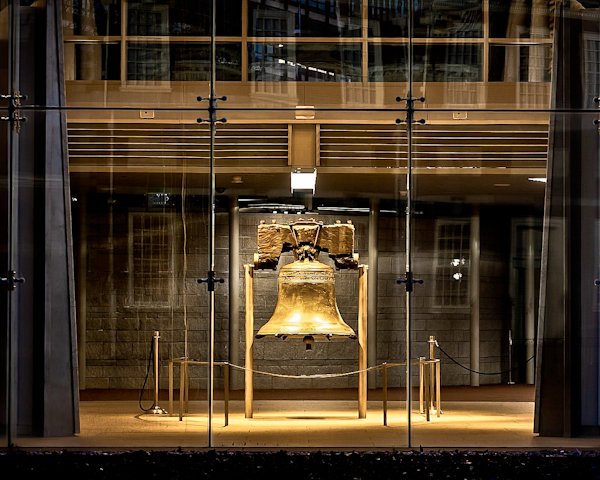 As you explore the Independence National Historic Park, one important piece of history you cannot miss is the Liberty Bell.  See the Liberty Bell close up and view the infamous crack for yourself.  If you’ve ever seen the Nicolas Cage movie, National Treasure, you may have a feeling of dejavu as you explore this part of Philadelphia. 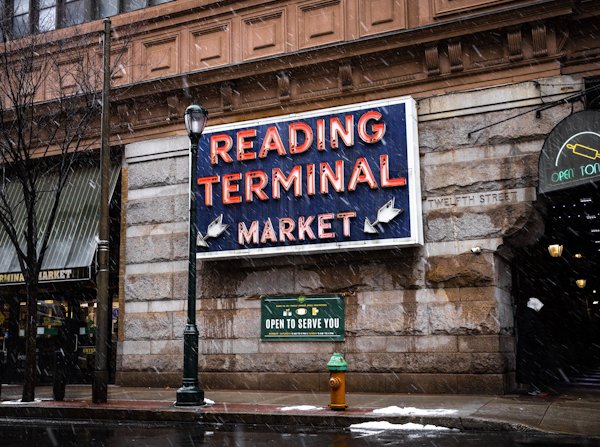 If you love markets then the Reading Terminal farmers market is a must for you.  As a matter of fact, foodies will especially love this place with several different freshly made food options available.  It’s not a bad place to try out the famed Philly cheesesteak either.  Dating back to 1893, this is one of the oldest public markets in the US. 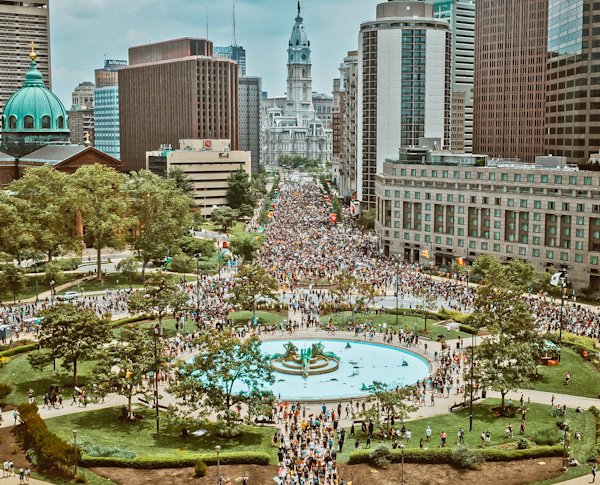 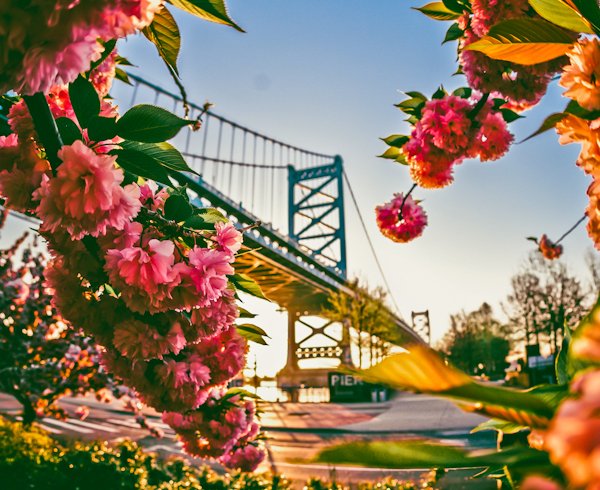 As you explore Philadelphia you’ll see a lot about Benjamin Franklin.  In addition, you’ll instantly recognise him as he’s on the one hundred dollar bill.  In fact, that’s why they’re often nicknamed Benjamin’s.  One fine piece of architecture named after this former president is the Benjamin Franklin Bridge.  The Benjamin Franklin Bridge crosses the Delaware River and connects the state of Pennsylvania with New Jersey.  Finally, this bridge makes an excellent backdrop for your photos. 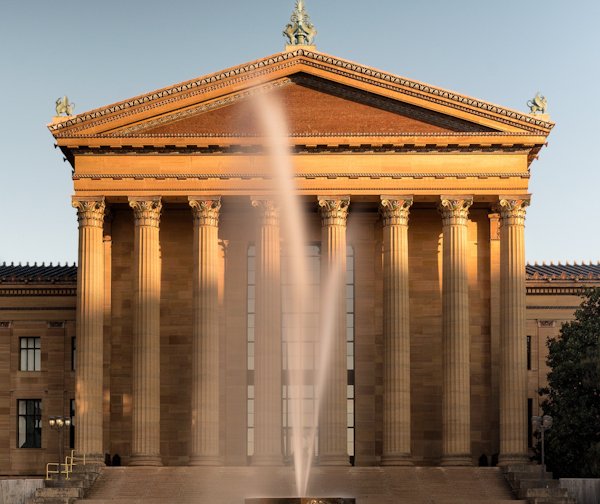 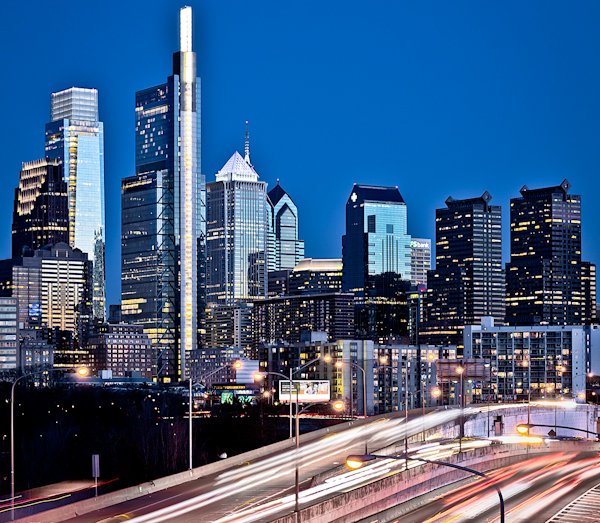 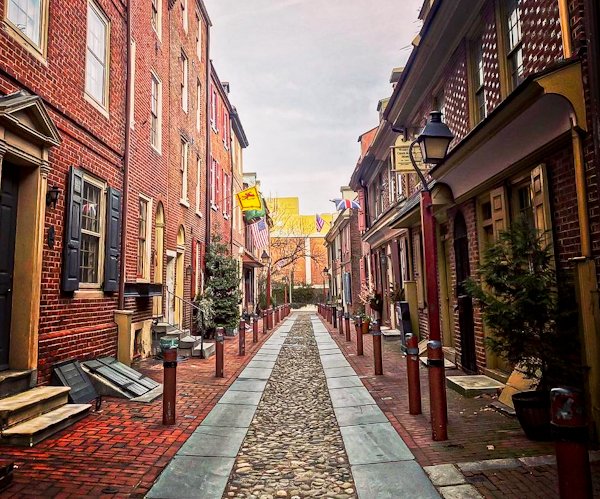 Elfreth’s Alley is one of the oldest streets in the US.  In fact, it dates back to 1703.  Quite frankly, it looks more like Europe than America.  As a result, this is one of the top Instagram spots in Philadelphia.  The Elfreth’s Alley Museum celebrates the working class of that era. 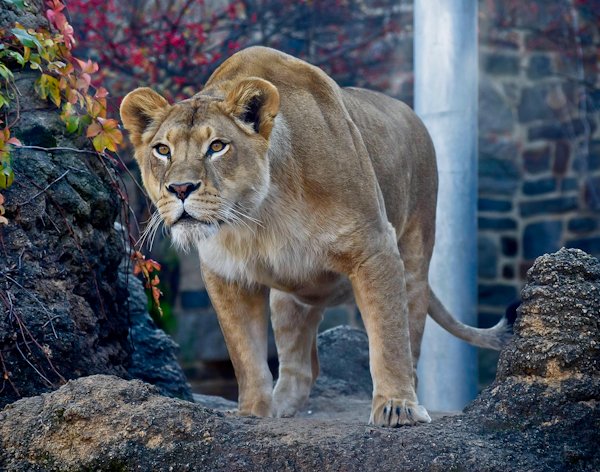 There are many reasons to visit Philadelphia Zoo.  For me, I love wildlife photography so a zoo makes this incredibly easy for me.  What’s more, there are a huge amount of animals to photograph here.  Lions, tigers, leopards, sloths, pandas and monkeys to mention a few.  Then, you’ll see animals you didn’t even know existed!  And that’s before you start observing the birds.  Enjoy. 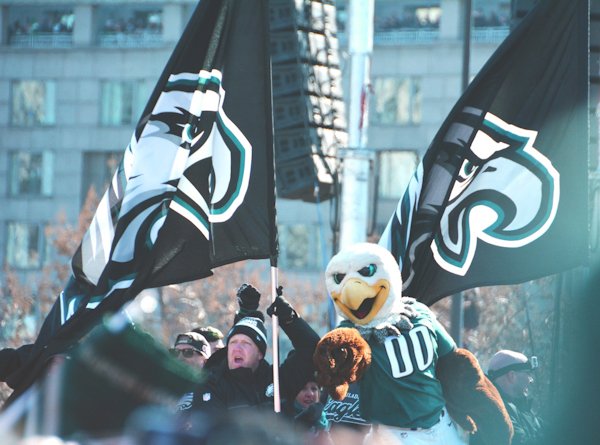 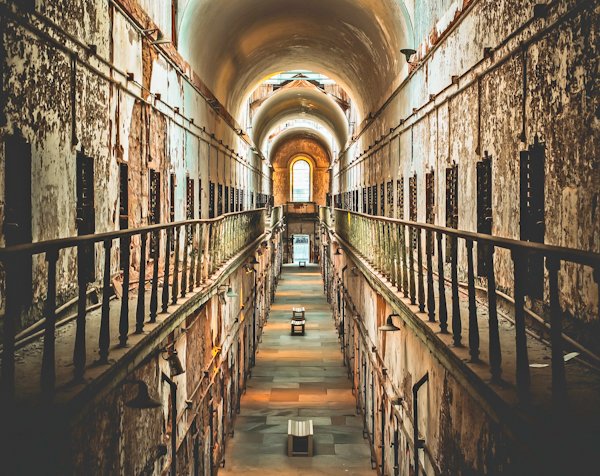 Eastern State Penitentiary claims to be America’s most famous prison.  With previous inmates such as Al Capone, it’s hard to argue.  Although, many would say the famous San Francisco landmark, Alcatraz is America’s most famous prison.  Eastern State Penitentiary served as a prison from 1829 until 1971.  Today it no longer serves as a prison but as a tourist site.  That’s right, you can explore this prison and learn what life was like here as an inmate.  In fact, you can even see Al Capone’s former cell. 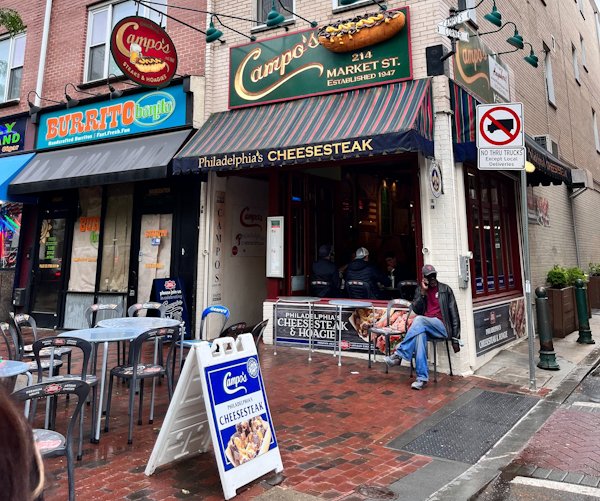 The famous food of Philadelphia is of course, the Philly cheesesteak.  As you explore the city no doubt you’ll pass many places selling freshly prepared cheesesteak.  Some are better than others therefore choose carefully and bon appetit.

Enjoy Your Visit to the Philadelphia Landmarks

As you discover Philadelphia landmarks and top Instagram spots for yourself, you’ll realise there are literally thousands in this huge city.  The best way to discover them is to visit independently and walk the street of Philadelphia at your own pace.  When you book your trip through KAYAK it gives you the freedom to stay in your preferred part of the city and to stay as long as you wish.  Enjoy Philadelphia.