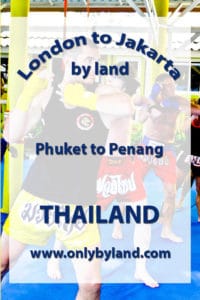 Phuket is an island in the south of Thailand.  Phuket offers the following points of interest for tourists and photographers;

There are many different areas to stay at in Phuket, right in the action on Patong Beach, or a little more tranquil at Kata or Karon Beach.  I stayed at Rawai in the south which is very quiet but close to many Thai boxing camps and Naiharn Beach. 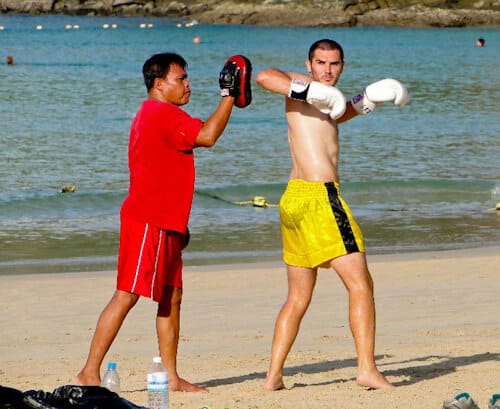 There are many beaches in Phuket, for me Nai Harn is the best, maybe because I went there early morning for Thai boxing before a swim.  Karon Beach is a perfect picturesque beach which is not too busy.  Patong Beach can get busy but Patong is the main town in Phuket for fun and nightlife.  On the beaches of Phuket, you usually pay for the loungers and shade, which is negotiable.

There are several Thai Boxing camps, mostly in Rawai.  Thai Boxing has a reputation of being a rough sport but at the Thai Boxing camps you can train Thai Boxing for weight loss (as I did).  As there is a lot of cardio involved you will lose weight very quickly.  If you have a month spare in your life and you want to lose weight / get toned as quickly as possible then I’d recommend a stay at a camp.

Having said that I was using the Thai Boxing camp to lose weight, I was encouraged to go for a real Thai Boxing fight at Bangla Thai Boxing Stadium in Patong.  I was asked several times to go for a fight and was even offered $300 to fight but I decided against it, would you let somebody potentially knee or elbow you in the head for $300?.  There were some westerners who were going for regular fights at the stadium and earning money to pay for their stay in Phuket.  A visit to the Bangla Thai Boxing Stadium in Phuket to watch a few Thai Boxing fights makes for an interesting nights entertainment. 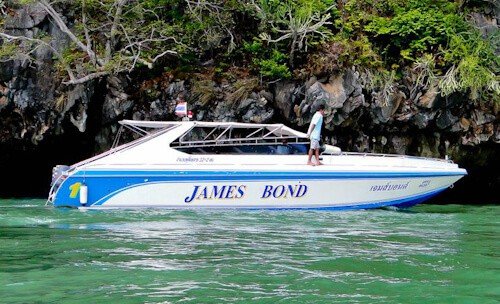 You’ll see adverts for James Bond Island tours everywhere in Phuket but what is it?  Why is it called James Bond Island?  Back in 1974 when Roger Moore was James Bond, The Man with the Golden Gun movie was filmed on this island.  Ever since the release of the movie, tours to James Bond Island from Phuket became popular.

A good reason to go on the James Bond tour would be to see the unique landscape of cliffs in the ocean.  Another good reason would be if you are visiting famous Bond sites around the world (maybe you’ve already visited Udaipur in India!) or maybe you’re a huge Roger Moore fan, he was the best Bond after all.  The Island you visit is very small, you see most of the Island in the famous gun scene when they stand back to back and walk 10 steps.

A visit to James Bond Island is to visit the movie location and see the beautiful islands and cliffs in the water.  If you want to see beautiful beaches and turquoise / green water you won’t see these on the James Bond Island tour, for this you need to go on the Phi Phi Islands / Similan Islands tours. 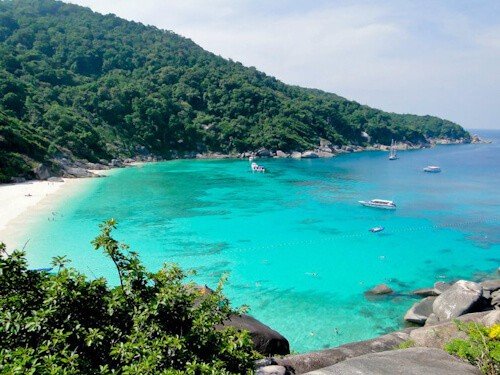 From Phuket it’s possible to make a day trip to the Similan Islands in the Andaman Sea.  These Islands are beautiful and the paradise you imagine when you travel to Thailand.  You’ll find Donald Duck Bay in the Similan Islands (above).  The company you visit the Similan Islands with will probably provide you with snorkeling equipment but don’t forget to take your underwater camera so you can snap the exotic fish. 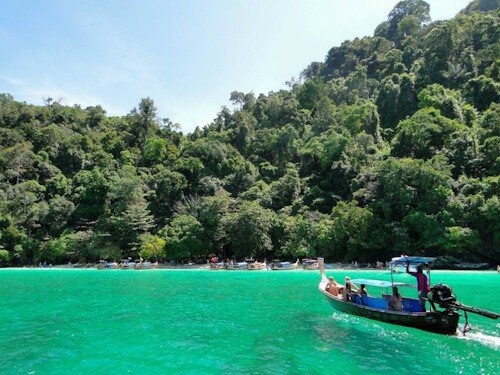 Phi Phi Islands are the islands to visit if you want to see beautiful beaches and turquoise colored water.  The Leonardo DiCaprio movie The Beach was filmed on Phi Phi Islands (above), the exact Island they filmed on was Phi Phi Leh.  It’s possible to visit Phi Phi Islands on a day tour from Phuket or you could visit independently and stay overnight. 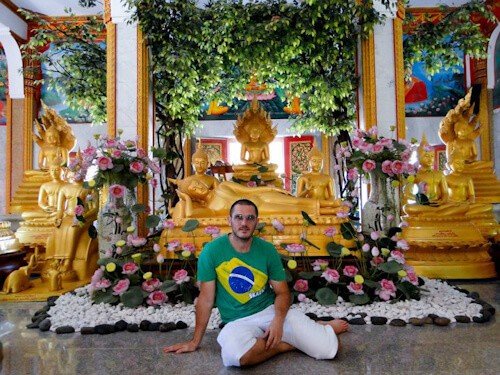 There are a few temple experiences to enjoy in Phuket such as Wat Chalong (above).  Another religious monument which is visible from various points of Phuket is the 45 meter tall Big Buddha.  The Big Buddha monument has been built on top of a hill in Phuket, there is a paved road that leads up there from Chalong.  The views of Phuket Island are wonderful from the Big Buddha.  As the Chalong Temple and the Big Buddha monuments are religious it means that entry is free. 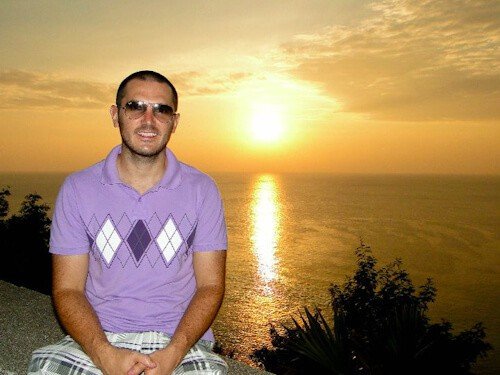 A wonderful place to see the sunset in Phuket is from Promthep Cape viewpoint which is on top of a hill close to Nai Harn Beach and Rawai.  I apologize for sitting in front of the sunset!  If you decide to photograph each other with the sunset behind then I recommend you use the flash so you don’t become a silhouette. 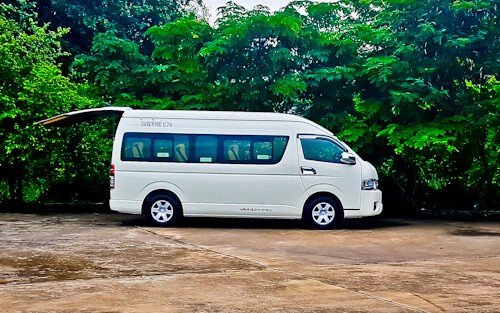 Shuttle from Phuket to Penang

From Phuket there are many shuttles driving directly to Penang, Malaysia.  They normally set off in the evening and travel through southern Thailand to the border at night.  In the morning they cross the border and arrive in Penang at around 9-10 am the next day.  The reason there are shuttles to Penang is because many Thai expats need to travel to the Thai visa office in Penang to purchase new visas, fortunately those traveling one way to Penang can use this service too.