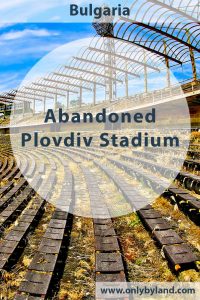 The Plovdiv Stadium was built in 1950 and renovated in the 1980’s / 1990’s.  It’s during the renovation process that it became abandoned.  Here are some Plovdiv abandoned stadium facts;

Hotels in Plovdiv are good value, as a result it’s one of the cheapest cities in Europe. 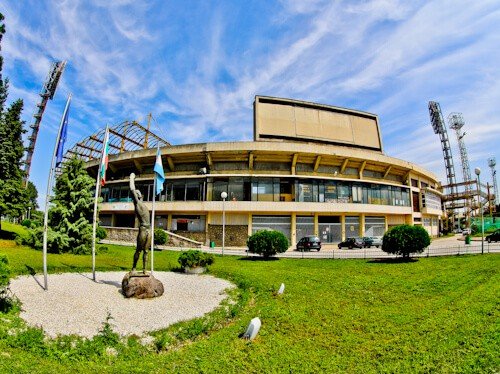 Plovdiv stadium is located a short walk from the historic center of Plovdiv.  It will take about 30 minutes to walk there from the Roman Stadium in the center of Plovdiv.  In fact you can walk to the Sports Complex Plovdiv along the banks of the river Maritsa.  As a result you can enjoy river views as well as see the beautiful Plovdiv University of food building.  In addition, Plovdiv Mall is a short walk from the stadium as well as the Hillock of Fraternity monument. 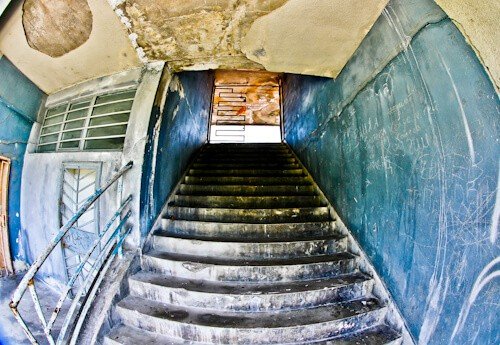 To enter the stadium you must walk around it and look for an open door.  It may feel like you’re sneaking in but all Bulgarian football stadiums are open throughout the day.  The reason for this is because all Bulgarian football pitches are circled with an athletics track.  Locals use the athletics track to run, in fact there are often organised groups exercising in stadiums.  For this reason, you don’t need to feel guilty about entering the Plovdiv abandoned stadium and exploring. 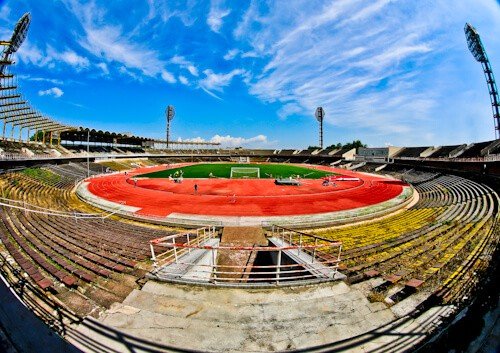 Plovdiv abandoned stadium is the largest stadium in Bulgaria.  In addition, it’s the only 2 tier stadium in the country.  It does not have a UEFA license and as a result cannot host football matches.  However, junior games are held here as well as athletics training.  The last event of any significance to happen in the stadium was a Metallica concert in 1999.  The capacity is 55,000 although several sections of the stands are considered to be unsafe.  Furthermore, the stands are overgrown with grass and the floodlights do not work. 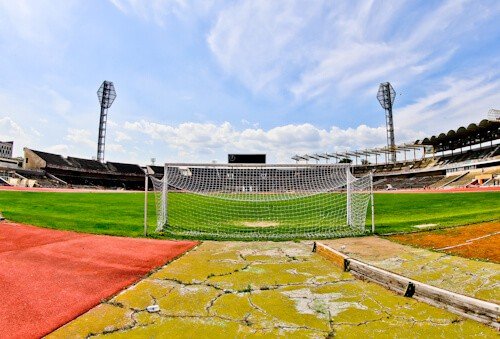 Surprisingly, the pitch and surrounding running track are well maintained.  If they were not surrounded by a decaying 55,000 seater stadium, it would be quite a pleasant location.  If you keep fit while traveling, I recommend you bring your running gear to the stadium and run a few laps.  This would be one of your most memorable running locations! 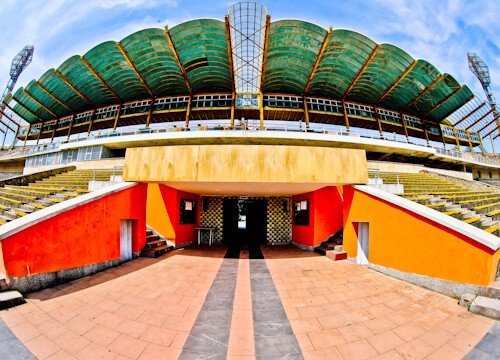 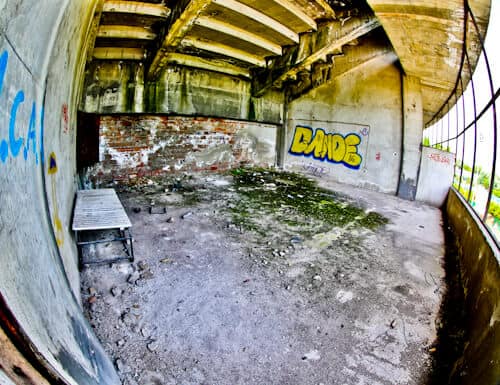 As you explore the Plovdiv abandoned stadium you’ll see several unfinished areas.  Someone had grand ideas for this stadium.  As it was renovated in the late 80’s, I’d expect they were planning something like the San Paolo Stadium in Naples or the San Siro in Milan.  You’ll see abandoned VIP suites, dressing rooms as well as seating overrun with grass.  Another interesting addition, is the street art, artists seem to gain great inspiration from abandoned structures. 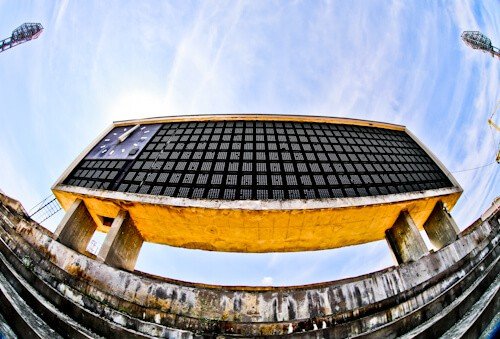 As the stadium was abandoned, several pieces of history have been maintained.  Nowadays, stadiums are fitted with huge LED screens which often replay the action, or even show the action in real time.  There’s something about a 60’s scoreboard that cannot be replaced today.  These are from the days when people would watch the action on the pitch, not on a huge LED screen or on their phones! 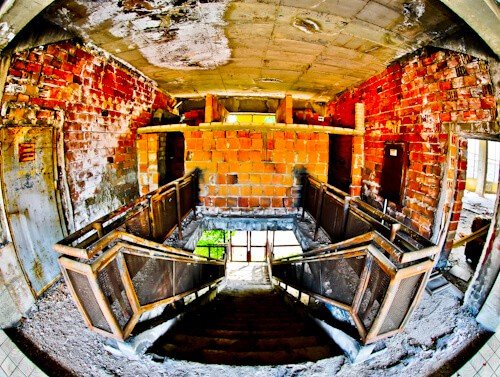 Enjoy your tour of the largest stadium in Bulgaria and one of the largest abandoned stadiums in the world.  Be sure to take care as you walk around because parts of the stadium are not safe.  However, don’t be afraid to explore, you’ll be rewarded with some eerie and unique sights!

Take a Besiktas stadium tour in Turkey, their stadium design is based on Colosseum of Rome.