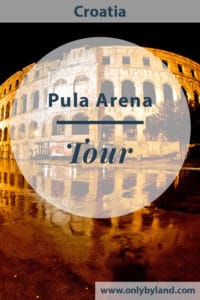 Pula is a small town and it’s likely you’ll be able to walk to the Pula Arena from your hotel.  Furthermore, hotels in Pula are good value. 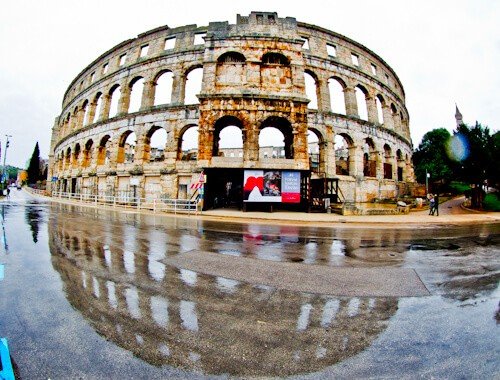 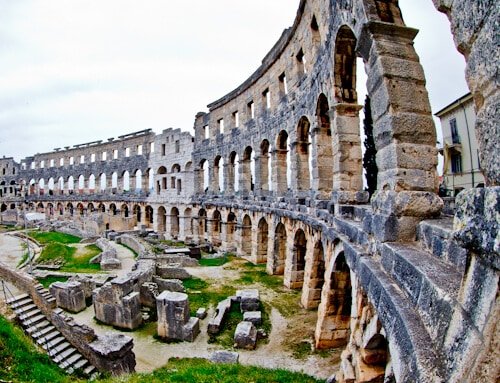 Pula Arena is oval shaped, 130 meters in length and 100 meters in width.  It’s one of the largest surviving Roman amphitheaters of the world.  The amphitheater is build on a slope, thus the lower half has 3 stories and the top half only 2.  In addition, there are a series of underground tunnels from which animals could be released into the arena.  This arena was part of the main Gladiator circuit just as the Stade Louis II in Monaco is part of the Diamond League circuit today.  The Arena has 4 towers.  Each tower had 2 water tanks on top filled with perfumed water.  This water was the source of a fountain and could also be sprayed over spectators.  Furthermore, Pula Arena is the oldest ancient monument in Croatia. 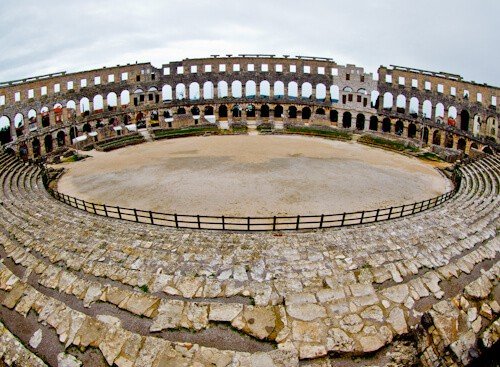 Gladiator fights would take place in the Arena.  In fact, arena is the Latin word for sand.  Romans would cover the battleground in sand to absorb the blood of the wounded or killed.  Additionally, the modern English word arena came from this practice by the Romans.


Arena with a view 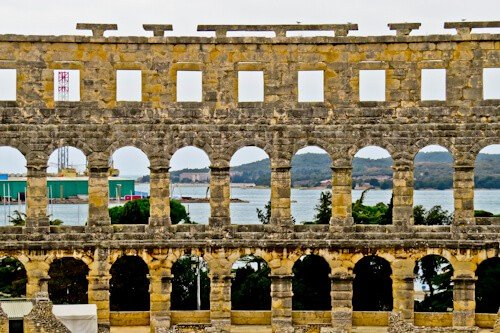 Whilst waiting for the next Gladiator battle, Romans could enjoy a view of the Adriatic Sea.  There are 72 arches on each of the first 2 levels.  On the top level there are 64 rectangular window shapes.  Consequently, the Romans knew how to enjoy a good view! 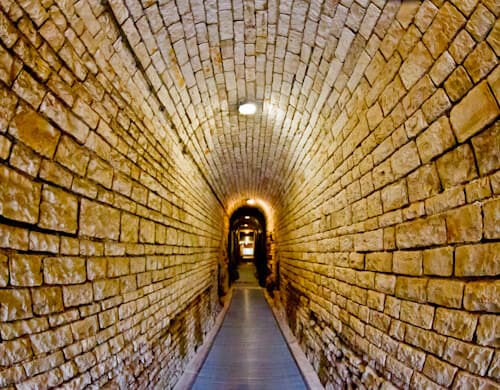 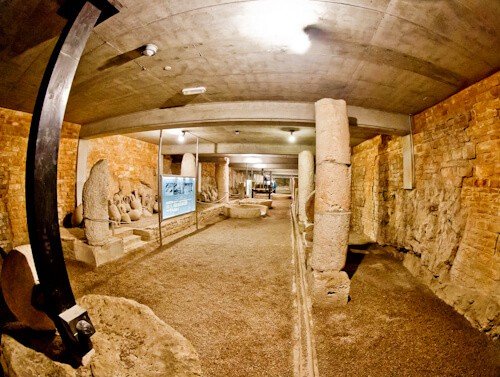 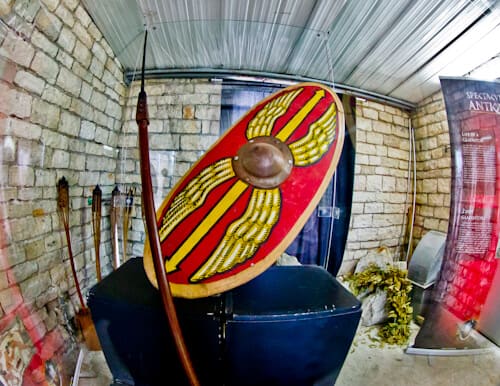 In the arena you’ll find a room full of real Gladiator clothing and equipment.  Once a week during the summer months Pula Arena hosts simulated Gladiator fights.  This is as close as you’ll get today to see how it was back in the day.  As a result, you’ll experience a real life Gladiator movie experience.  The event is called Spectacvla Antiqva (in Croatian). 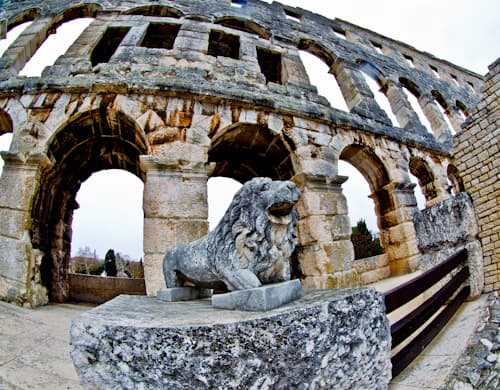 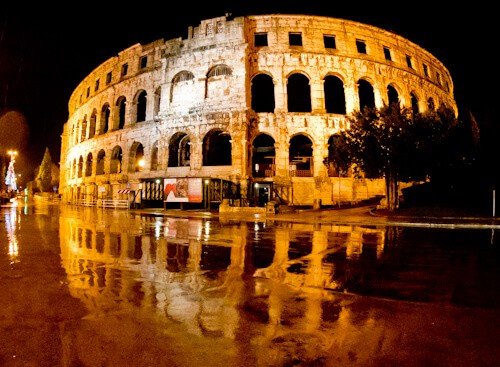 Pula Arena closes in the evening.  It’s still worth visiting when it’s closed.  At night the arena is lit up.  You can take some wonderful night shots of it.  If you are lucky (or unlucky!) it will be raining and you’ll be able to make a reflection shot (above).  As Pula is a lot quieter than Rome it’s likely you can photograph Pula Arena without people in the photo. 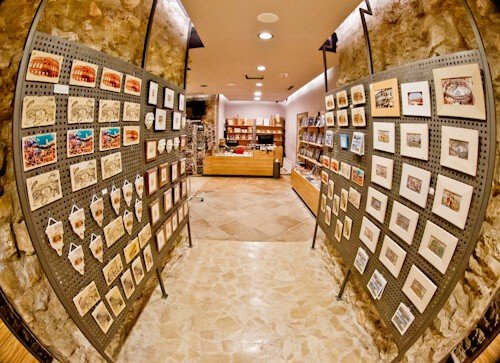 After your visit to the Pula Arena, you will pass through the gift store.  There are lots of souvenirs available in here from fridge magnets to Roman clothing.  If you’re into Roman history, there are some interesting books on this subject.  In addition, there are photo books available showcasing Pula Arena.

Enjoy your visit to one of the best preserved Roman Amphitheaters in the world.  Most importantly, make sure you check out the latest events before visiting.  As well as a tour, you could see a famous singer in concert or a live Gladiator battle.

Visit the Verona Arena or the Pompeii Amphitheater in Italy.