Rabat is the capital city of Morocco and a UNESCO site.  In my opinion, it offers the same as Marrakesh but without the tourists or touts!  Here are a few things to do in Rabat Morocco;

There are lots of Rabat hotels to choose from, varying from ridiculously cheap, to better quality hotels. 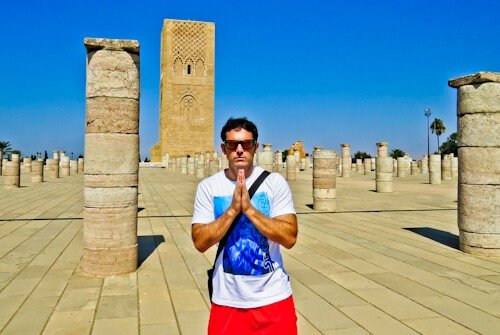 When you first visit Hassan Tower, you may think to yourself, what are all these columns, is it a ruin?  Hassan Tower is in fact, the minaret to an incomplete mosque.  Back in the 12th century this was to be the largest mosque in the world.  Additionally, Hassan Tower was to be the tallest minaret in the world.  Today, it’s one of the top things to do in Rabat Morocco and it also offers panoramic views over Kasbah of the Udayas.

Adjacent to Hassan Tower is the Mausoleum of Mohammed V.  You may wonder, who is Mohammed V?  He was a 20th century Sultan and King of Morocco.  You’re welcome to visit the mausoleum which is protected by royal guards on horses.  As a matter of fact, you can photograph the royal guards as well as the interior of the mausoleum. 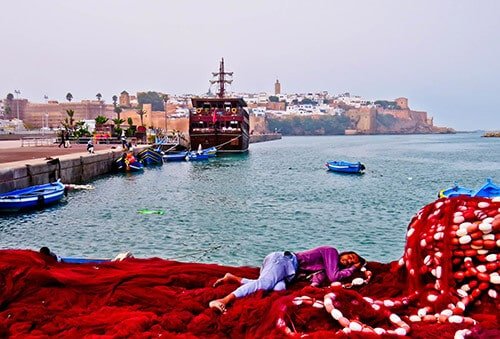 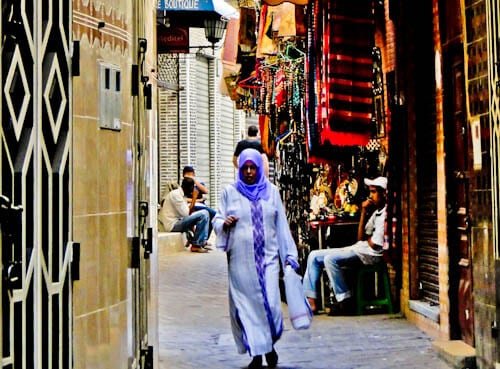 Rabat is one of the better cities to visit in Morocco because there are not so many people heckling and pushing to sell you things like in other Moroccan cities such as Marrakech or Fes.  Consequently, you can enjoy a peaceful trip to the Medina.  Some more good news is that the Medina of Rabat is not such a maze so it’s unlikely you’ll get lost either. 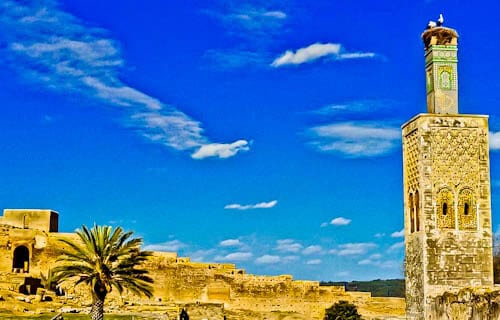 Chellah is a Medieval Fortress and Necropolis.  A visit to Chellah is essentially a visit to an abandoned city.  The ancient city of Chellah was abandoned almost 1000 years ago! 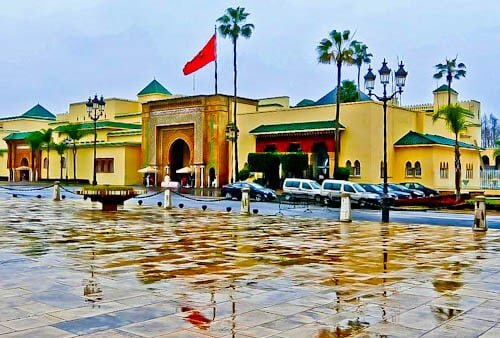 Officially known as Dar al-Makhzen, the Royal Palace of Rabat Morocco is the residence of the King.  You could just view the exterior but if you plan in advance it’s possible to explore its gardens.  Unfortunately, you cannot enter the actual palace.

How to get from Rabat to Agadir 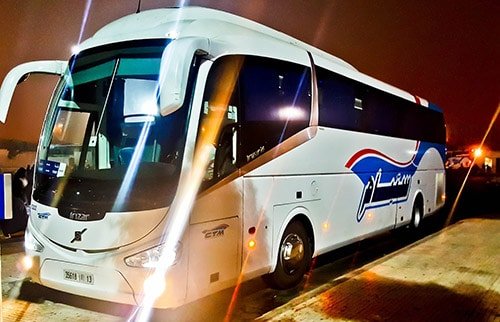 To get to Agadir by land you must take a bus from the CTM bus station in Rabat.  I bought my ticket online, the only problem with buying online is that you must buy it 3 days in advance.  You can buy a ticket from the ticket office in Rabat closer to your travel date though.  I took the 9.45pm bus which arrived in Agadir bus station at 6am the following morning.  CTM provide a modern bus service similar to that of Europe. 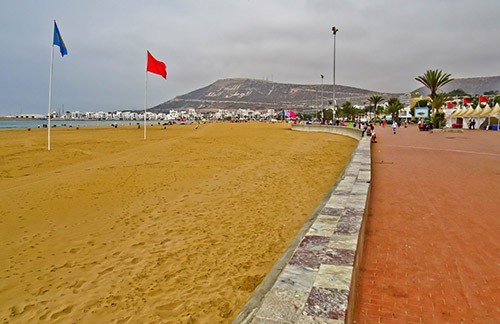 Agadir is the party city of Morocco.  Things to do in Agadir are mainly located on the promenade.  I stayed in Agadir for the day which gave me plenty of time to walk along the promenade to Agadir marina.  If you stay overnight, there are many great value resorts and hotels.

Additionally, you can walk up to the Oufella ruins which might not be a good idea in the heat.  For this reason, I recommend taking a taxi which are very cheap.  The view of the city from the top is amazing and sunset is the best time to go.  Another interesting place away from the promenade is the Souk, if you enjoy shopping then you must visit.

How to get from Agadir to Dakhla 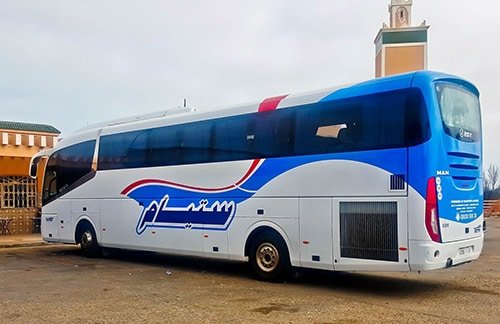 The bus from Agadir to Dakhla takes 20 hours.  It leaves from Agadir CTM bus station and you can buy your ticket there or online in advance.  Throughout the journey, the bus stops quite often as the passengers in this part of the world have a strong need to pray as well as clean their feet.  This means there are plenty of opportunities to stretch your legs and visit the bathroom.  Be prepared though as the toilets in this part of the world are squat toilets.

Dakhla to Nouakchott via Nouadhibou