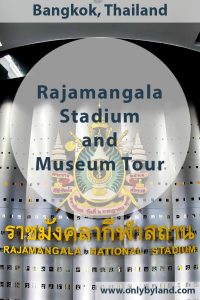 The Rajamangala National Stadium is the largest stadium in Thailand.  Reasons to visit the stadium include;

Access to the museum is complimentary.  You cannot officially visit the stadium but if you’re polite to the museum staff they’ll offer to take you inside to take pictures. 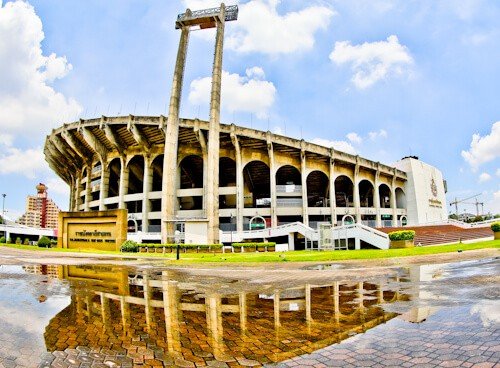 The stadium is located in the center of Hua Mak district of Bangkok, alongside Ramkhamhaeng university.  Due to heavy traffic in Bangkok you may consider taking a motorbike taxi from Ramkhamhaeng airport link station.  On the other hand, if you’re visiting during quiet hours you could take a taxi.  There’s always the canal boat option which stops at nearby Saphan Mit Mahat Thai Pier. 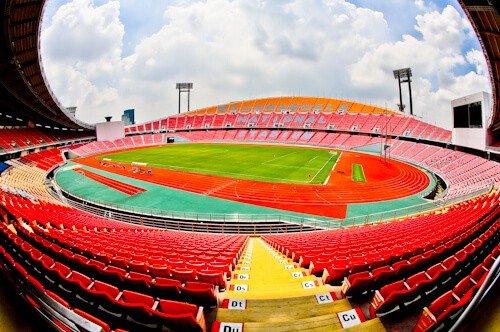 Rajamangala National Stadium has a capacity of almost 50,000.  However, when Coldplay performed here there were over 62,000 spectators.  As a result of hosting the Asian Games in 98, there are also several world class athletics facilities.  Famous acts to have performed here include, One Direction, Lady Gaga as well as Coldplay.  When Michael Jackson performed his ‘Dangerous’ concert in Thailand, it was at the alternative National Stadium nearby Siam. 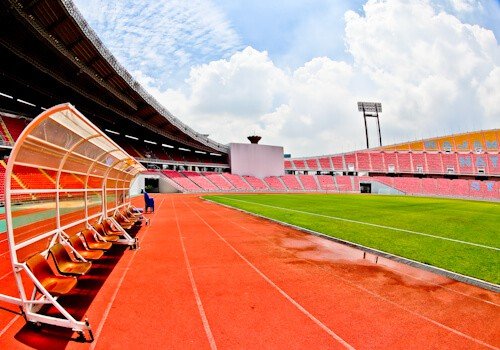 As you enter the stadium you should request a visit to pitch side.  The Thailand national football team play their home games here.  It’s unlikely you’ve heard of any of the Thai players but the national team has been managed by famous names.  Famous Thai national team managers include Peter Reid and Bryan Robson.  Additionally, Liverpool famously played a friendly against Thailand here in 2015.  Not only did they bring their current squad but they brought a few Liverpool legends including Ian Rush and Robbie Fowler. 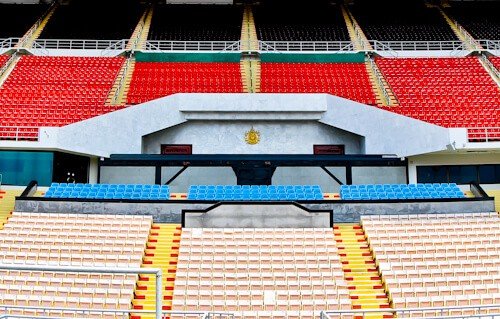 Thailand is a Kingdom and therefore has a royal family.  For this reason, the stadium has a royal box.  In fact, at the opening ceremony of the Asian Games, both King Rama 9 and the now King Rama 10 were in attendance.  They are highly respected in Thailand and the atmosphere was electric.  An interesting fact is that when the Liverpool legends visited in 2015, they also watched the game from the VIP seats in front of the Royal Box. 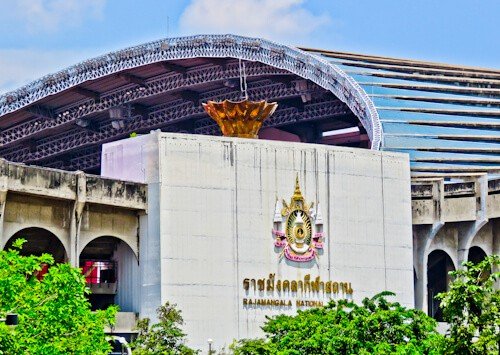 As I mentioned, Bangkok was the home nation of the Asian Games in 1998.  Evidence of this can be seen from where the flame shone during the games.  An interesting fact is that King Rama 9 started the flame which would eventually reach the stadium.  In addition to the Athletics, the stadium was also host of the football tournament during the Asian Games of 1998.  Thailand would go on to finish 4th in the medal table. 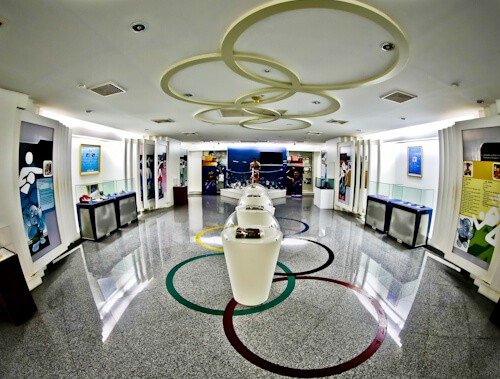 The museum of Thai sports showcases how athletes have performed throughout the years.  Not only do they cover Olympic athletes but also snooker, motor sports, boxing and of course, Thai boxing.  In fact there is an Athletes hall of fame area where you can learn about Thai sports stars.  An interesting area explains the first Asian motor racer to have success in Europe.  Prince Birabongse Bhanudej Bhanubandh was so successful in the 30’s that he received the road racing gold star from King George V of England. 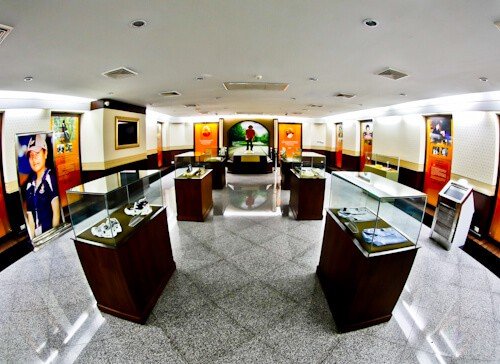 The Thai royal family encourage sport in Thailand.  In the Royal family room you can see how they have influenced sport as well as which sporting events they have attended.  Furthermore, there are some of their clothes on display which they wore during these events.  You’ll also find a lifesize wax model of Princess Sri Nagarindra, who was the mother of King Rama 9. 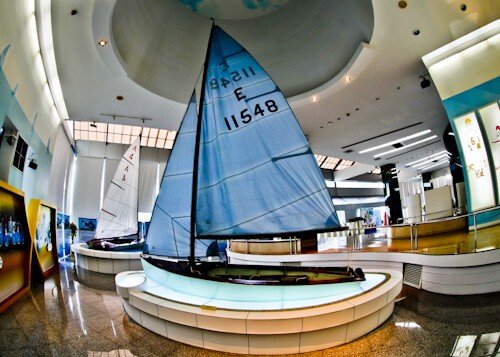 King Rama 9 was an especially good sailor.  So good, in fact that he would construct his own boats exactly to his specifications.  As an example of his silaing proficiency, he won the gold medal at the South East Asian games in 1967 (SEAP games 1967).  As the games were held in Bangkok, he was presented the gold medal by his mother, Princess Sri Nagarindra.  The boats on display were all constructed by the King.  Interesting, he took a ride on one of them with the Prince of England.


How to get to Rajamangala National Stadium Bangkok 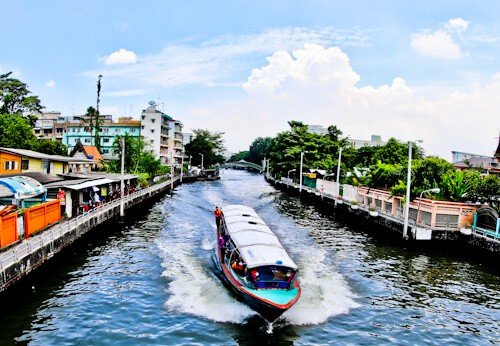 I was staying at the Amari Watergate Hotel in Pratunam.  From Pratunam Pier, you can take the canal boat route to Saphan Mit Mahat Thai Pier.  It’s a short walk from the pier to the Rajamangala Stadium.  Alternatively, you can take the airport link to Ramkhamhaeng station and take a motorbike taxi from there.

Things to do in Bangkok