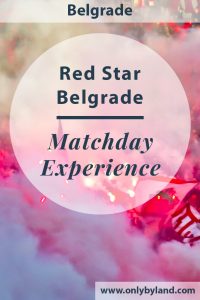 Red Star Belgrade was one of the big 4 Yugoslav teams.  Today however, they are a top Serbian football team.  Reasons to visit the Rajko Mitic stadium include;

I was staying at the Belgrade Inn, as a result I could walk to the stadium.  Alternatively I could take the Trolleybus directly to the front of the stadium. 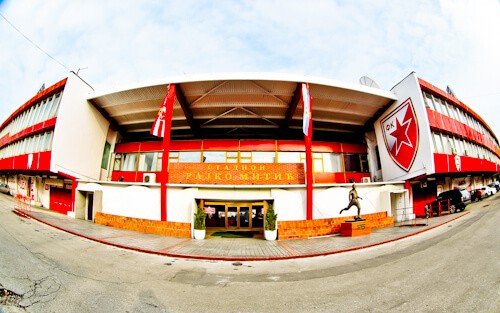 The Rajko Mitic stadium is located in the south of Belgrade.  In fact, it’s a 40 minute walk from the old town.  Alternatively you can take trolleybus 42 from old town to Pedagoska Akademija Station.    In addition, it’s cheap to take a taxi in Belgrade so you may consider this option.  The stadium looks quite small from the exterior.  This is because it was built into the ground to save money building high stands. 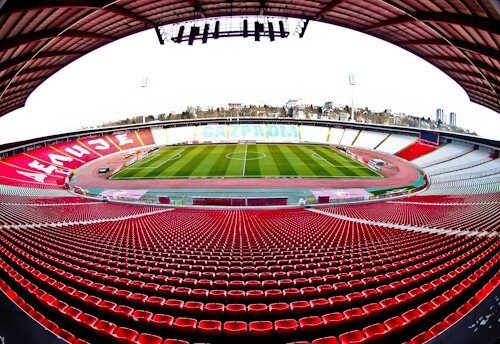 The Rajko Mitic Stadium has been known as the Red Star Stadium, Crvena Zvezda Stadium, as well as the Marakana.  Yes, the name Marakana is in honor of the famous stadium in Rio, Brazil.  It has a capacity of over 55,000, as a result it’s the largest stadium in Serbia.  Moreover, the highest attendance in the Marakana was 110,000 in 1975.  It’s a UEFA category 4 stadium therefore it can host European finals.  In fact the 1973 European Cup final was held here when Ajax beat Juventus 1-0.  Footballing legends Johan Cruyff and Fabio Capello played in this match. 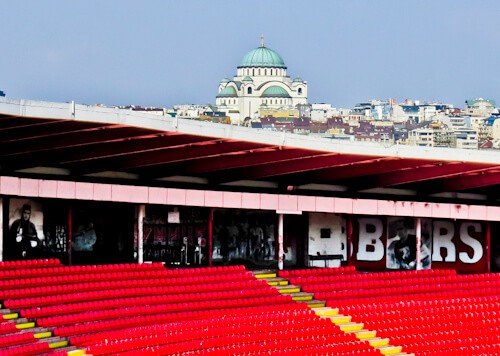 Despite the fact that the Rajko Mitic stadium is built into the ground, you still see a wonderful panoramic over Belgrade.  As a matter of fact the view of the Temple of Saint Sava is more impressive from the stadium than it is from in front of it! 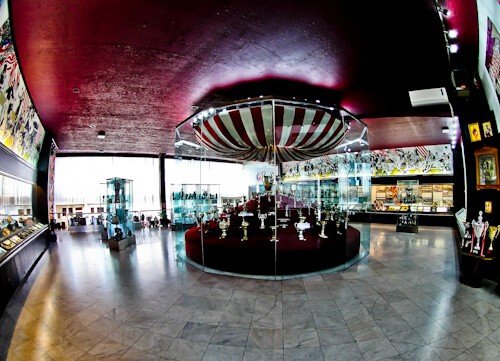 Coupled with the fact that entry is less than a Euro, Red Star Belgrade museum is a must visit.  Has your favorite team visited Red Star Belgrade?  If they have, there’ll be a little piece of memorabilia from the game on display.  Famous teams to have played here include Bayern Munich and Manchester United.  More recently Arsenal and Koln played here in the Europa League.  In addition you’ll see all the trophies Red Star Belgrade have won as well as information on the historic matches.  There’s a helpful guide in the museum who’ll be keen to know where you’re visiting from. 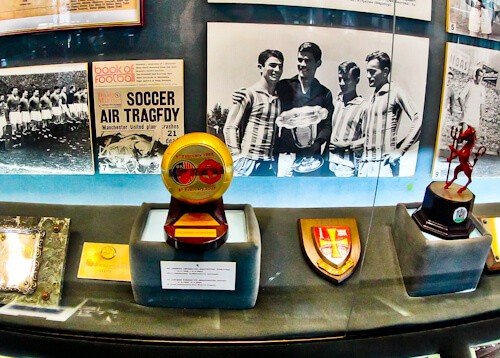 In the 1958 European Cup semi finals, Manchester United knocked Red Star Belgrade out of the competition.  Afterwards, they were flying from Belgrade to Manchester via Munich.  However, in Munich the plane crashed during take off, as a result several Manchester United players were killed.  For this reason it became known as the Munich air disaster.  In the Red Star Belgrade museum there is memorabilia from this match, as well as friendship matches they have played with Manchester United since.  In addition, there are newspaper cutouts from 1958 which covered the incident. 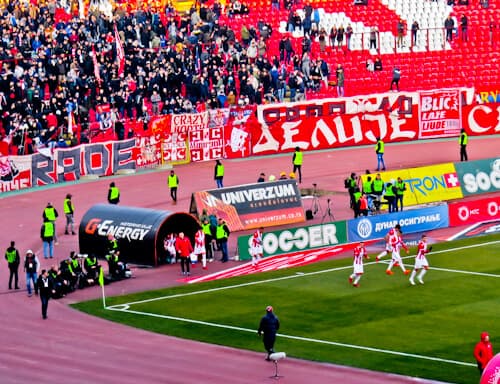 Part of the excitement of watching a live match is when the players come onto the pitch.  As I mentioned, the stadium was built into the ground.  For this reason the players tunnel is in fact an underground tunnel which is something you’d expect at Petrovaradin Fortress.  When the Serbian music plays as the teams walk out, the atmosphere heats up. 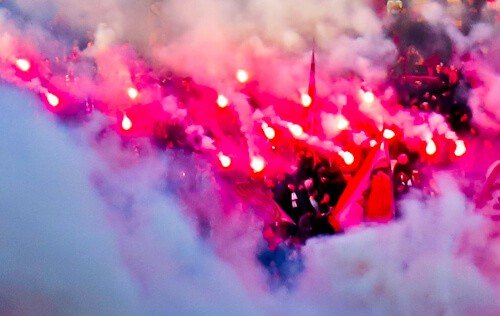 The Red Star Belgrade fans are very passionate, in fact, they’re nicknamed the heroes / hardmen.  These ultra fans will do there best to intimidate the away team (and fans).  At times the home fans will light the stadium up with red flares which is an attraction of Belgrade in itself.  Enjoy your Red Star Belgrade matchday experience and don’t forget to check out the museum.

How to get to Red Star Belgrade Stadium? 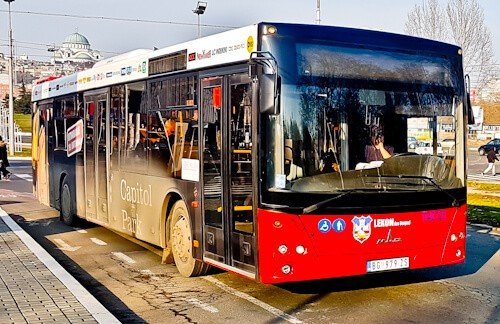 Check out the other big Yugoslav teams, Partizan Belgrade as well as Hajduk Split.