I highly recommend you hire a car to visit Reykjanes Peninsula.  As a result you could have some of the beautiful points of interest to yourself.

The bridge Between Continents 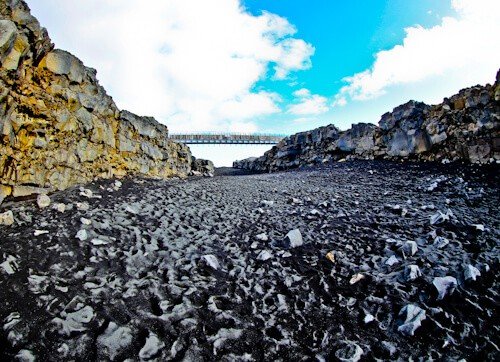 Everybody knows about Þingvellir, it’s part of the golden circle of Iceland and it’s very busy.  Not many people know about the bridge between continents located in Sandvik which is essentially the same as Þingvellir.  The main difference is that you’ll be walking in between the tectonic plates of Eurasia and America alone whereas at Þingvellir you’ll be joined by large groups of tourists.  Because this area is so quiet you can take wonderful Instagram photos from the crack between the tectonic plates.  There are signs on the bridge between two continents stating if you’re on the Eurasian or American side of the it.  Finally, the bridge between continents is also known as the Leif Lucky Bridge. 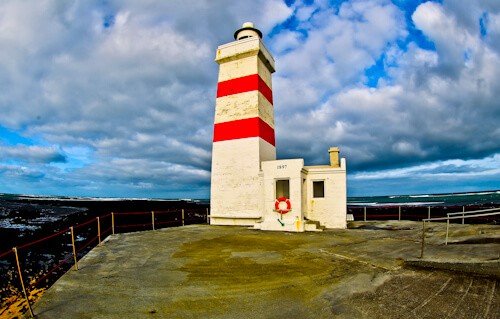 Located in Gardur is the Gardur Lighthouse (in fact there are 2 lighthouses).  Certain times during summer you can go inside and to the top of the lighthouse.  When I was there in winter it was closed and incredibly windy, the sea was as rough as any sea I’ve ever seen.  There’s a folk museum, a hotel and a restaurant located in Gardur but most people will only visit the lighthouse if they visit Gardur at all. 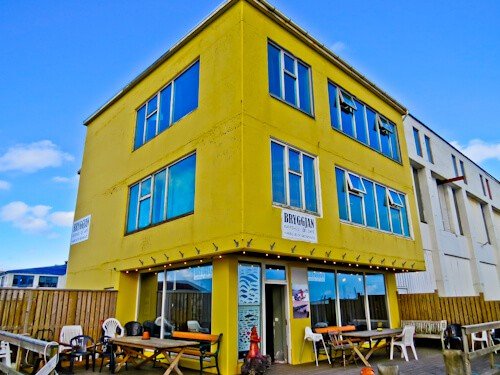 The nearest town to the Blue Lagoon is Grindavik.  I wouldn’t normally mention it but there is a good reason to visit Grindavik and that’s cake, chocolate cake!  The restaurant which serves this delicious chocolate cake is called Bryggjan and located on the harbor in Grindavik.  There’s a pizza buffet everyday, Icelandic soup and a variety of hot beverages available.  However, I went for a piece of chocolate cake and a coca cola.  This was delicious and exactly the sugar rush I needed to continue with the rest of my day.  Be sure to check out the menu at Bryggian, it’s updated monthly. 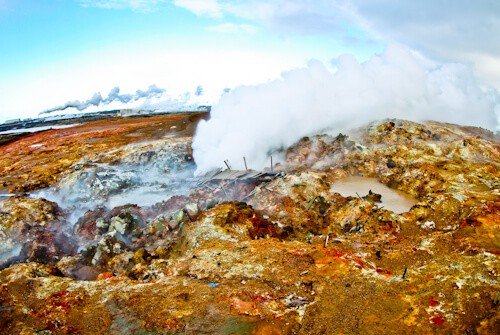 Not far from Gunnuhver hot springs you’ll find Reykjanesta which is the most south westerly point of Iceland. 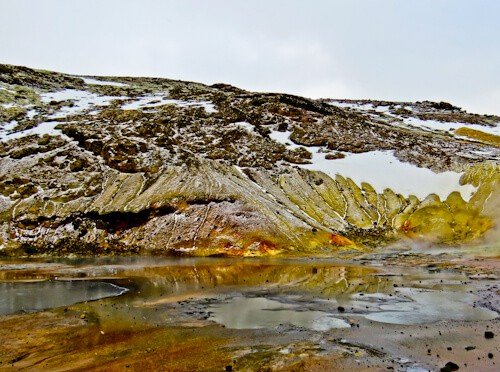 Seltun is a geothermal area east of Reykjanes Peninsula.  At Seltun there are boardwalks over hot springs, mud posts as well as fumaroles.  It’s an incredibly pretty location and there aren’t many tourists.  Read about my Seltun Iceland visit on my travel blog. 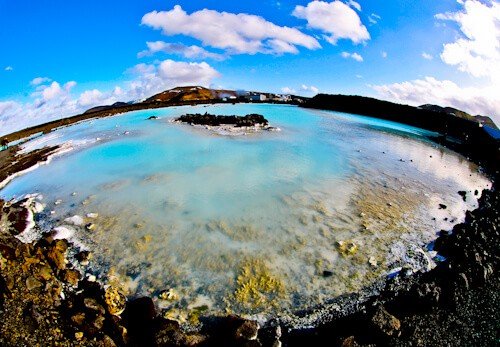 When it comes to the Blue Lagoon everyone talks about bathing in the geothermal spa and enjoying a cold beer, maybe putting on a mud mask.  I had no idea before visiting that it’s possible to take a small walk around the natural blue lagoon.  The natural blue lagoon is stunning, especially when the sun’s out which makes for perfect Instagram pictures.  The geothermal water comes from 2,000 meters below the surface which is where freshwater and seawater combine at extreme temperatures.  The lake gets its blue color from silica, algae & minerals. 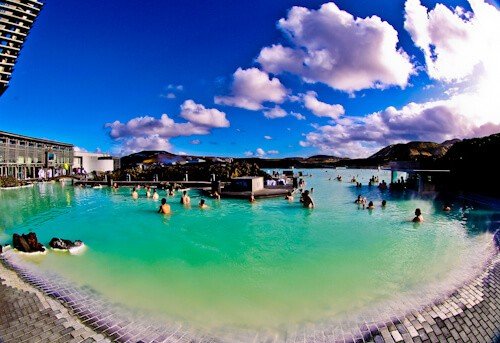 The Blue Lagoon geothermal spa is the most popular thing to do in Iceland.  It says on the website that it’s one of the 25 wonders of the world, I thought there were only 7 wonders of the world but I guess there are now 25!  Because of its popularity you must book well in advance.   Parking at the site is free of charge, as is hiking around the natural lake, visiting the visitor center, viewing the spa and souvenir shop.  If you plan on bathing in the spa, the official site has up to date information and pricing.

Did you know there is also a Blue Lagoon in between the islands of Malta and Gozo?