Did you know Hannover, Germany is home to its very own version of the Gardens of Versailles?  I share pictures and explain why it’s a must see when you visit Hannover. 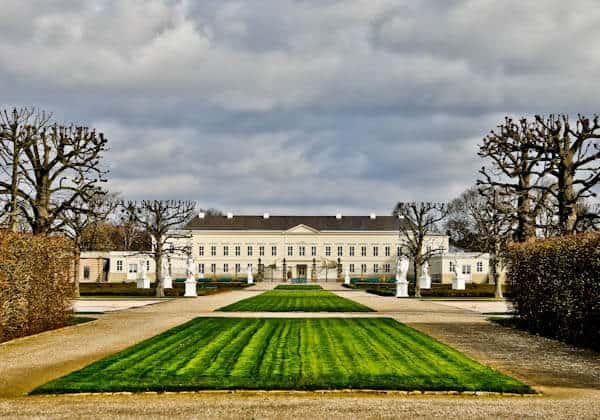 The history of this building dates back to the 17th century when it was a manor house.  Later it was converted into the palace for the Royal family of Hannover.  However, this palace was completely destroyed during World War II.  It was rebuilt at the start of this century exactly as it used to be.  Today, the palace houses a museum about the royal family. 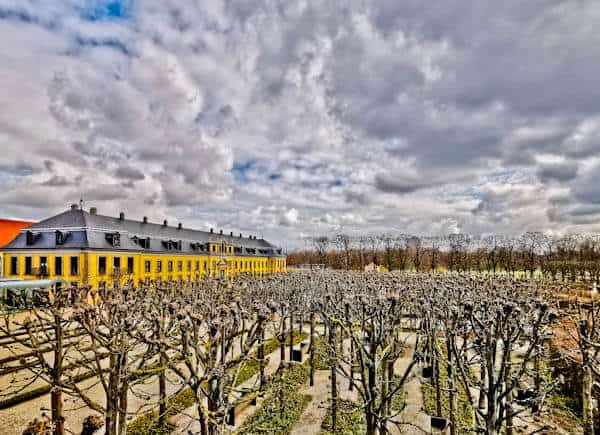 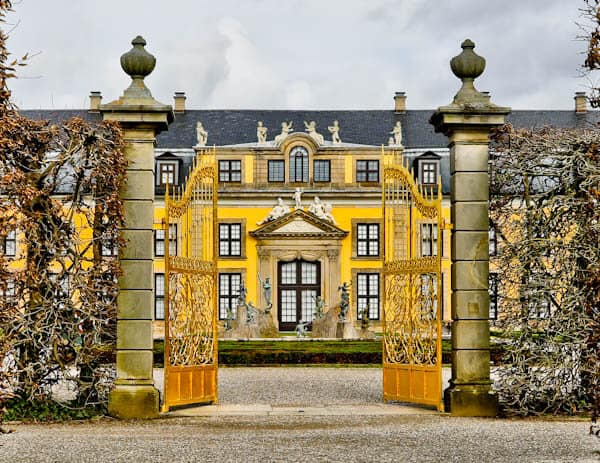 For me, the reason the Gallery Building is more picturesque is not only because it’s colored yellow but also because it features a set of golden gates.  Dress well, as you can take a memorable Instagram photo here.  As a matter of fact, I’d put this as one of the top Instagram spots in Europe. 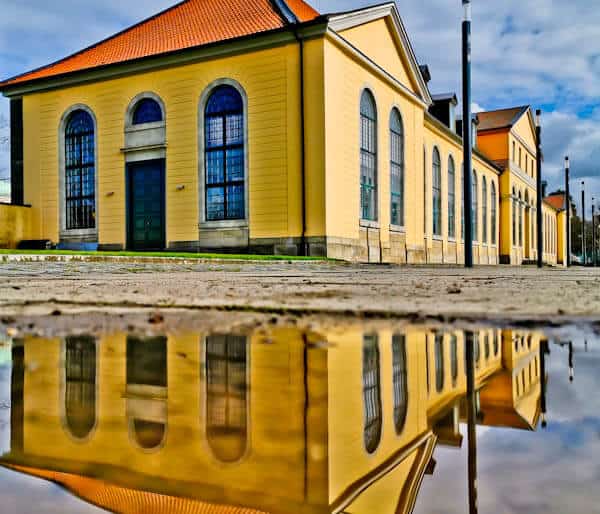 Back in the day, it was not possible to buy exotic fruits from the supermarket.  For this reason, the wealthier families had an onsite orangery.  They grew their own oranges as well as other exotic fruits.  Other famous orangeries around Europe are located in Tuileries Gardens, Paris and Rushton Hall, England.

The Great Gardens are inspired by Versailles.  In my opinion, these gardens are much better than Versailles for several reasons.  Firstly, there are far fewer tourists and the entrance fee is much less.  Secondly, there are two majestic buildings here, both the Palace as well as the Gallery Building.  Thirdly, the golden gates are more picturesque than those of Versailles.  Finally, you can arrive here on foot using a royal path whereas in Versailles you must take an expensive train ride from Paris. 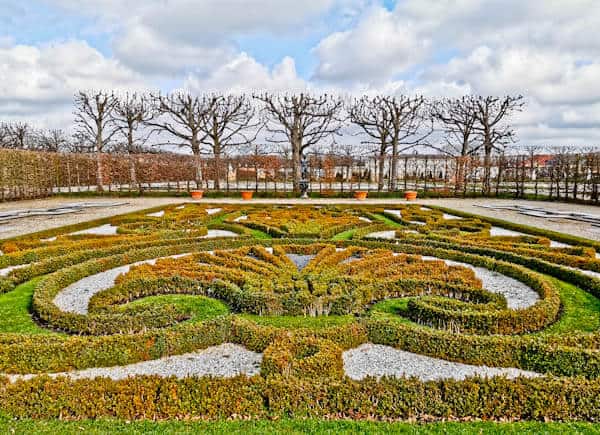 As you walk through the Great Garden you must appreciate the attention to detail.  French gardens are famous for their attention to detail.  Every square inch is both carefully and logically planned.  Did you know in 2016 Angela Merkel showed Barack Obama around the gardens?  Additionally, David Cameron and Francois Hollande were also at the gardens. 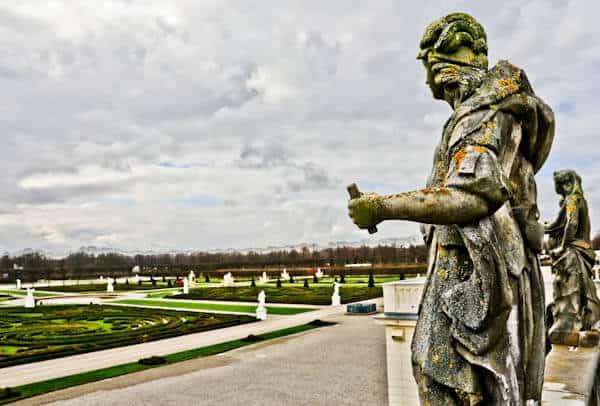 To get a panoramic perspective of the gardens you can climb a viewing platform.  It’s from here you clearly see these are French style gardens.  During the summer months, the central fountain spurts water 80 meters into the air. 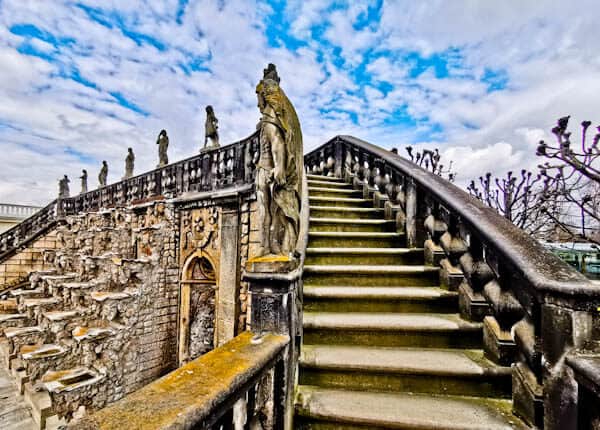 Adjacent to the panoramic viewing platform is a 17th century staircase and fountain.  As well as the golden gates, this is a top Instagram spot in Herrenhausen Gardens.  What’s more, there are in Roman statues decorating the structure.  For this reason, it reminds me of the Roman Baths in Bath, England.

Even the far reaches of the Great Garden have special features.  Take a rest or pose for photos in one of the picturesque pavilions. 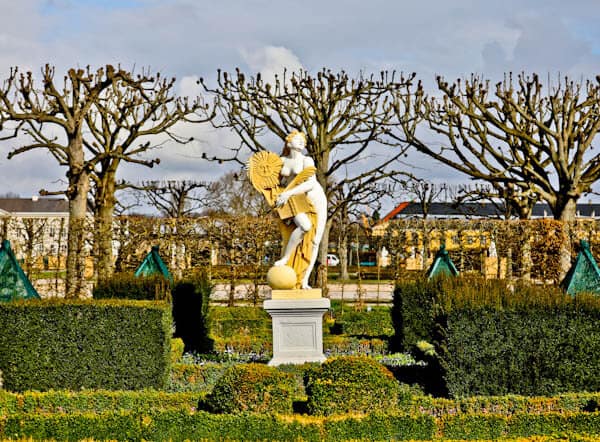 As you explore the gardens many Roman statues are on display.  Each one has been placed in a position to give maximum impact. 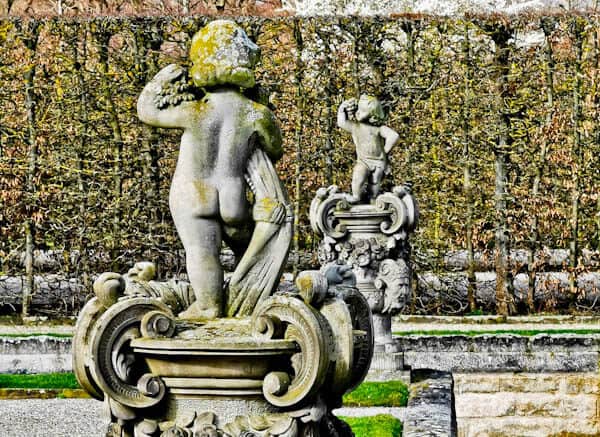 Some statues are cheekier than others. 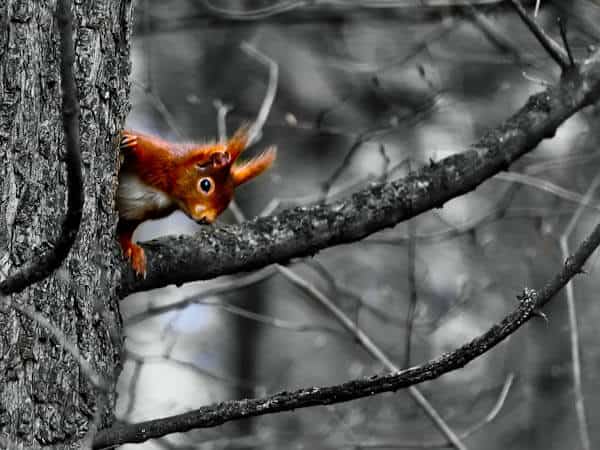 If you’re from the UK it’s unlikely that you’ve seen a red squirrel.  However, throughout Herrenhausen Gardens it’s highly likely that you’ll see several. 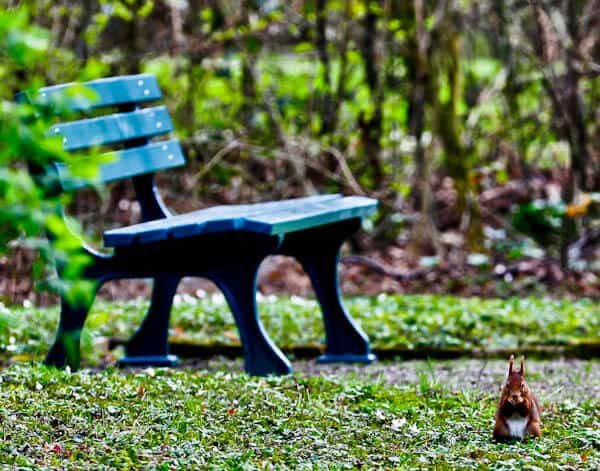 Take a seat and a rest on one of the many benches scattered throughout the park.  As you sit, nature will come alive around you. 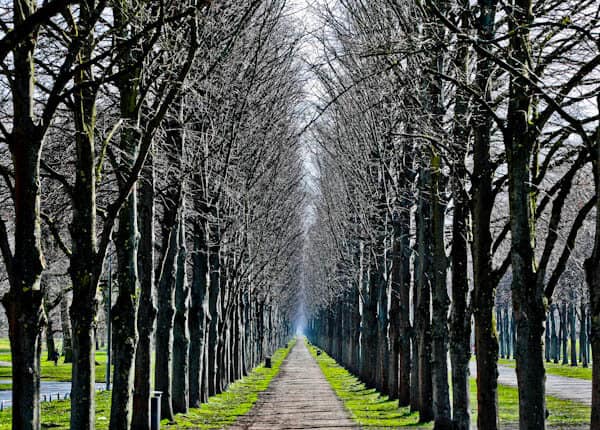 I recommend you walk to Herrenhausen Gardens from Hannover.  Simply follow the picturesque Herrenhausen Allee.  In itself, Herrenhausen Allee is a top Instagram spot.  Visit in winter when the trees are bare.  Alternatively, visit in Spring with the new blooms or Autumn when the leaves are all colors.

Enjoy your Visit to Herrenhausen Gardens 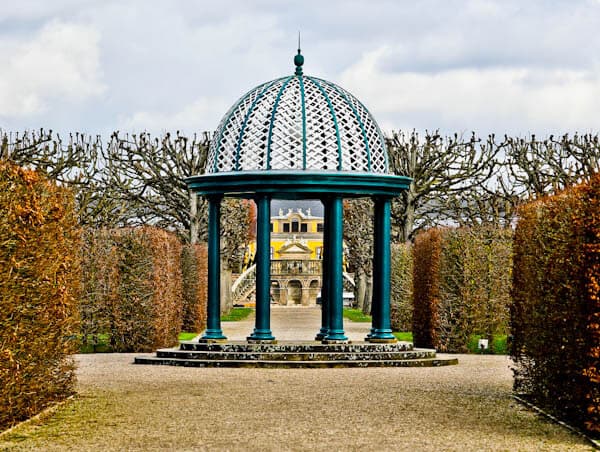 I recommend you give yourself at least half a day to visit the gardens.  That way you can walk down Herrenhausen Allee, explore the gardens as well as the palace museum.  Eat in the onsite restaurant or bring yourself a snack to enjoy within the gardens.  Most importantly, appreciate the attention to detail.  Every corner of the garden offers unique views, some quite spectacular.  Enjoy.

Read about these top Instagram spots in Hannover.  How about a trip out to Marienburg Castle?