Kenya is a land of abundance and wonders.  It is home to both its rich wildlife, as well as its own indigenous flora and fauna. Some of the most endangered wildlife species reside in the natural habitat in Kenya and are just waiting to be explored by adventure and leisure travellers.

Kenya’s highlands are home to beautiful national parks and reserves, whilst the coastal plains see a great migration of plains animals and their predators each year between June and November.  These different spectacles make safari holidays in Kenya an unforgettable experience.

The Ideal Time to Visit Kenya

The best time to visit Kenya depends on what you want to see and do there.  You may take in the yearly wildebeest migration from July to October.  One of the highlights of Kenya’s wildlife experience is this incredible display, where numerous generations of animals have travelled these same paths for millennia before them.  The parks are less congested from late March to early May, giving you the chance to take in both the wildlife and their stunning scenery.

Self-drive safaris may not be for everyone, but if you want to feel at one with nature and are unconcerned about luxury accommodations and meals, then self-drives can be the answer.

There are many advantages to taking a self-drive safari over a guided trip – You are in full command of how you spend your days and where you go.  This implies that you are not required to adhere to a rigid daily routine and can stop by any nearby site to enjoy a picnic and watch a game.

There are several experiential safari destinations that you should include on your bucket list as you prepare for your next vacation to Kenya.  Additionally, whenever you decide to travel on these safaris, be sure to make early preparations, such as what to carry according to the current weather conditions, your travel budget, and the number of days available apart from taking into account the itinerary to make the whole travel experience as memorable and pleasant.

Let us share the top locations with you so you can plan your safari trip to Kenya. 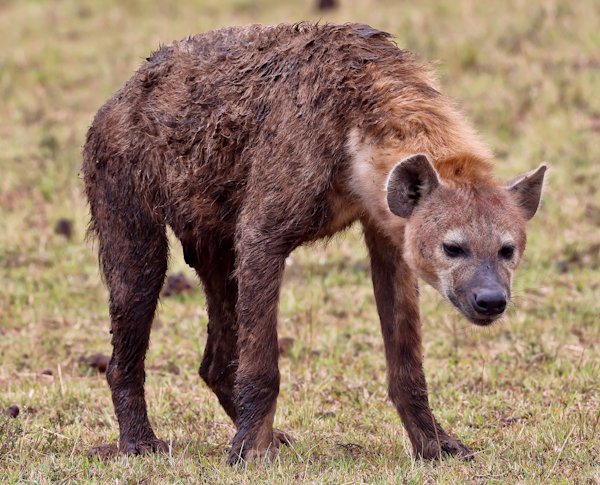 Masai Mara National Reserve is a large area of land that spans several counties in Kenya.  It boasts of more than 95 mammal species and 570 bird species.  The reserve is well known for its black rhino and the lion, which are some of its most popular attractions.  It covers an area of 1510 square kilometres, making it one of the largest wildlife reserves in the world!

One of the few African tribes that have preserved the majority of its customs, way of life, and mythology—along with their recognizable red robes—is the Maasai.  Numerous safari resorts and companies collaborate with the local Maasai on civic initiatives.  A unique cultural experience that will help you understand the significance of your trip is spending time in a Maasai village while you are in Kenya. 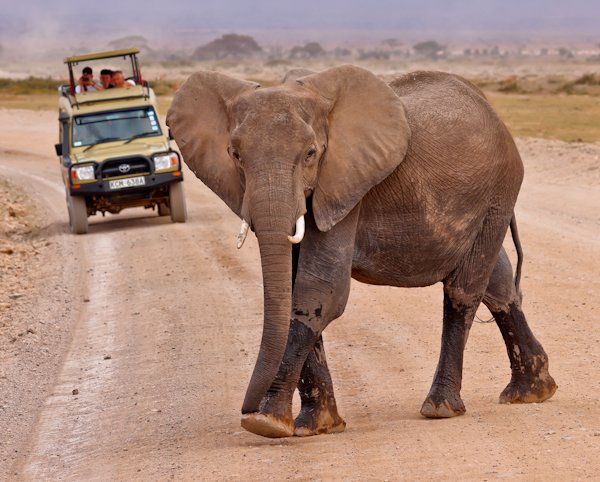 For travellers looking for a safari that is not too strenuous and promises to be both exciting and relaxing, Amboseli National Park has everything you need.  It’s one of the most visited parks in Kenya, home to thousands of animals from giraffes to buffalo and lions.

There are five habitats in the area including a lake known for its bird life and diverse animal population such as gazelles and elephants.  Some other popular attractions are Kilimanjaro Mountain rising majestically above the valley, Serengeti plains with their herds of wildebeests, wildlife sanctuaries offering elephants, hippos, crocodiles and more, while Lake Tanganyika attracts cruise ships each year.

The regular sightings of wild dogs are another factor that makes this park more popular with visitors than others.

This wildlife reserve has previously made national and international news.  The now-famous lioness “Kamunyak” once adopted a newborn oryx from this location.

Avoid the busier parks if you want to appreciate nature without being surrounded by a lot of people.  Samburu National Reserve is no less magnificent despite being smaller and farther away than Masai Mara and Amboseli.

Nairobi National Park is a popular tourist destination that is situated only 15 km (9 miles) from the city of Nairobi, Kenya.  It is famous for its landscape that makes up a mosaic of natural communities ranging from grasslands and forests to marshes, lakes and volcanic outcroppings.

How many of you have visualized viewing a giraffe against a background of a skyscraper? Sounds ridiculous, ya know? Okay, so it’s not.  The only wildlife capital in the world, Nairobi National Park, is where you can see this phenomenon firsthand.

The only barrier separating the city from the pristine national park is an electrified fence.  The park is particularly well-known as a rhinoceros sanctuary or “Kifaru Ark,” and is home to wildlife species like leopards, lions, hyenas, black rhinos, and more than 400 bird species.

Nairobi is among the few locations in the world where you can combine outdoor adventures with city life in a single journey.

The Tsavo Conservation Area is one of the largest duo of wildlife zones in Africa, and it is also one of the top Zebra breeding sites.  It displays a diversity of animal and plant life that reflect the rich history of Tsavo over the past two centuries.

· Olpejeta the Paradise for Rhino Lovers 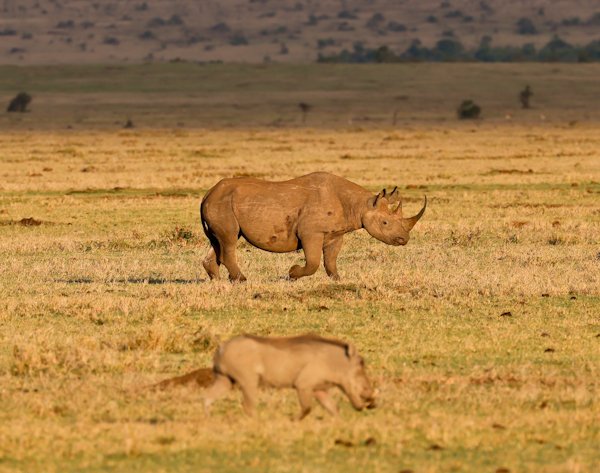 Olpejeta is a nature conservancy in Kenya, located along the southern shores of Lake Naivasha, Lake Nakuru and their tributaries.  It was established in 1975 and is under the management of Ol Pejeta Wildlife Conservancy Trust.

The Conservancy hosts the only remaining population of Northern White Rhinos (African species), totalling 17 individuals, since being declared a protected area in Kenya on November 1, 1977.

Located in the coastal region of Kenya, Diani beach is an endless source of water sports activities.  It is surrounded by palm trees, making it ideal for swimming and snorkelling.  A tree-lined promenade leads to a sandy white beach that is dotted with cabanas and sun loungers.  On the left side of the beach is a wave channel that gives you the opportunity to try surfing the waves.