The French Revolution saw the end of the French Monarchy.  A monarchy which had survived over 1,350 years.  Not only was the last king killed but also the bodies of former kings destroyed.  However, the royal tombs still remain and you can see them at Saint Denis Basilica.  Here are 15 reasons to visit Saint Denis Basilica Cathedral while in Paris;

Buy your skip the line ticket online in advance. 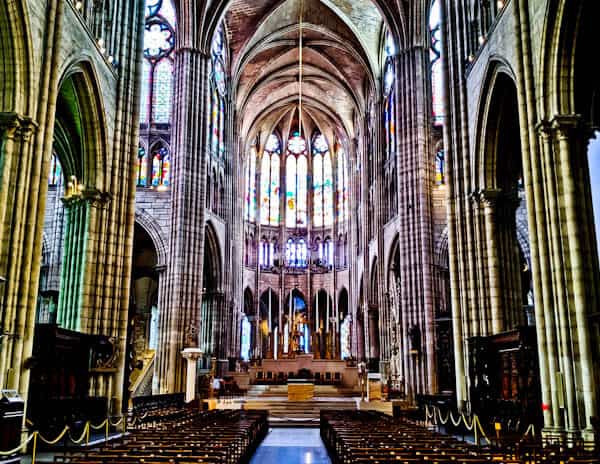 The Medieval Saint Denis Basilica features several early examples of Gothic architecture.  As a matter of fact, built in the 12th century it’s considered to be the first use of Gothic Architecture. 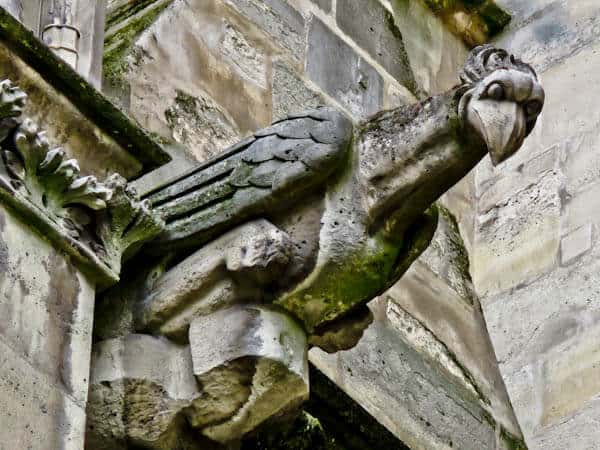 Not only will you find stunning Gothic architecture on the interior but also throughout the crypt and exterior. 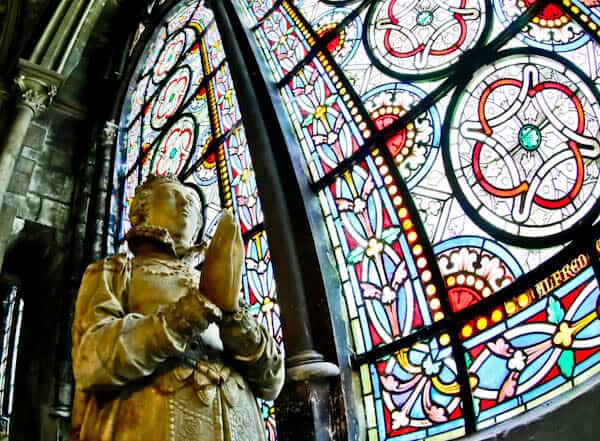 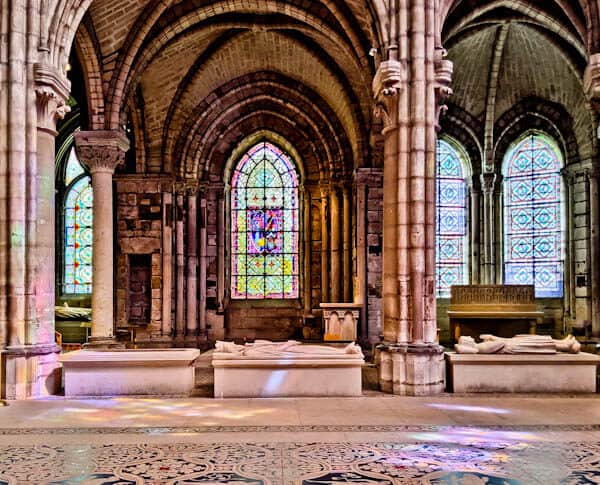 I visited Saint Denis Basilica in the morning between 10-12.  At this time I was lucky enough to witness beams of colored light shining on the tombs.  The strongest light beams are found in the choir section.  Lastly, for perhaps the best stained glass light glow experience in the world I recommend you visit Sainte Chapelle, also in Paris. 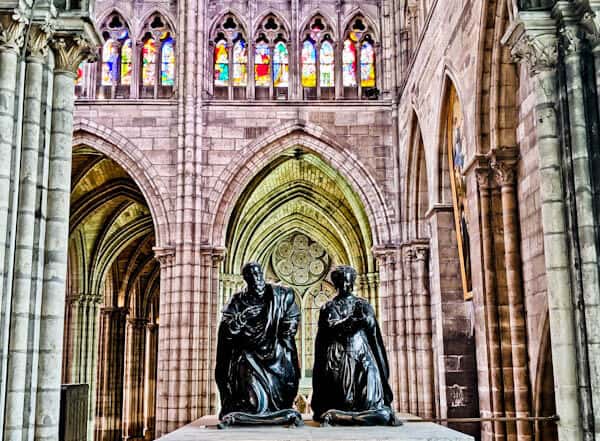 The church nave is lined with green stained glass windows.  For this reason it glows in picturesque green.  This gives an atmospheric backdrop for your photography of the tombs.  One such tomb adjacent to the nave is that of Henry II and Catherine de’ Medici (above). 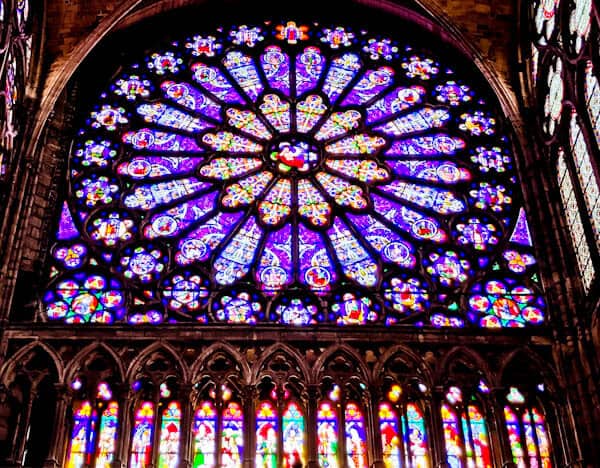 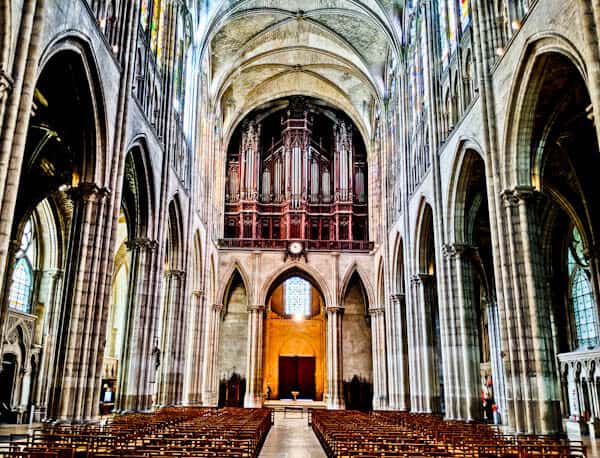 The organ deserves a mention due to the enormity of it.  However, it’s not the size that it’s famous for.  This was the first organ built by Aristide Cavaille-Coll who is regarded as the best organ builder of the 19th century. 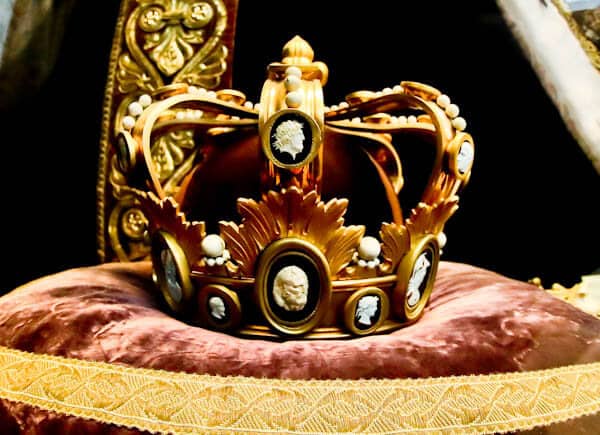 As well as royal tombs, Saint Denis Basilica also houses several royal relics.  You’ll find several royal cloaks and also special battle clothing designed for royalty.  In addition to these are the crowns of Charles I, Louis IX as well as Henry IV. 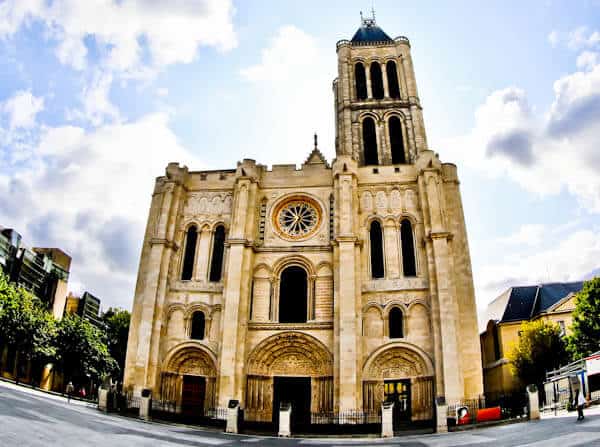 Saint Denis is part of the Paris Metro but it’s not actually in the city of Paris.  It is in fact in the 93rd department of France.  The basilica is the tallest building in Saint Denis.  Finally, Stade de France was built nearby for World Cup France 98.  To respect the Saint Denis Basilica the pitch was built below ground level therefore the height of the stadium is less than the basilica. 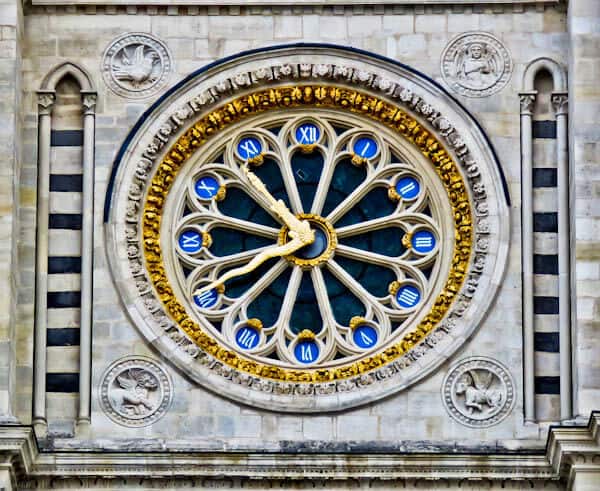 The facade of the basilica features several noteworthy features.  One such feature is the clock.  It’s said the minute hand represents a snake.  Furthermore, if you check the design around the main door it depicts the martyrdom of Saint Denis himself.  Another door shows the Last Judgement.  Lastly, have you seen the famous Last Judgement painting by Michelangelo in Vatican City? 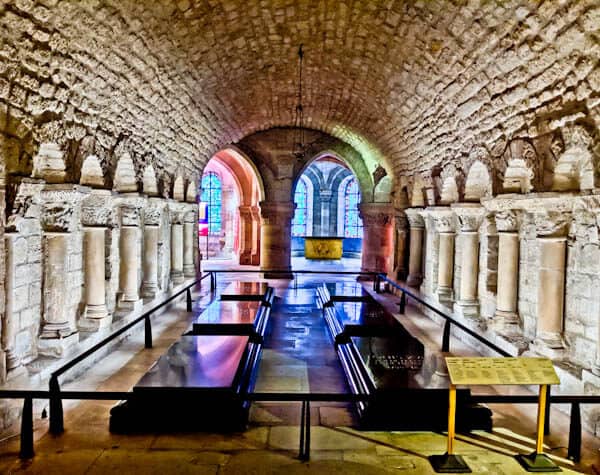 You may receive an eerie feeling when you visit the crypt.  Even more so when you consider how many royals have been buried here over the years.  In addition to this, during the revolution these royal remains have been moved back and forth and further disturbed.  One thing’s for sure, you wouldn’t want to be locked in here overnight! 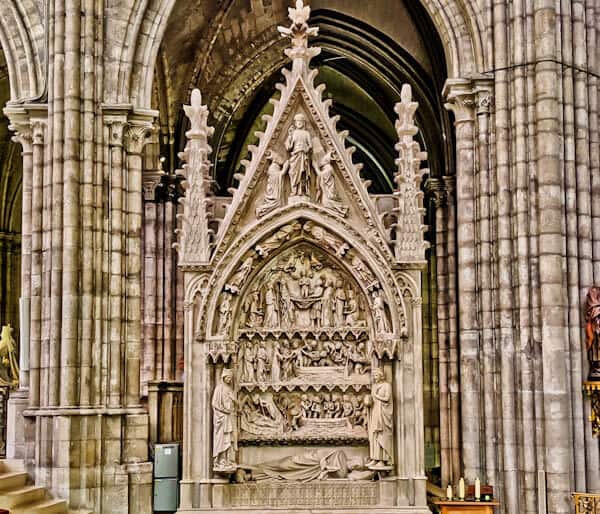 The Tomb of Dagobert is perhaps the masterpiece of the Saint Denis Cathedral.  Dagobert was not the first king of France but he was the first king to be buried in the basilica.  This set off a chain of events which led to future (and past) kings being buried here. 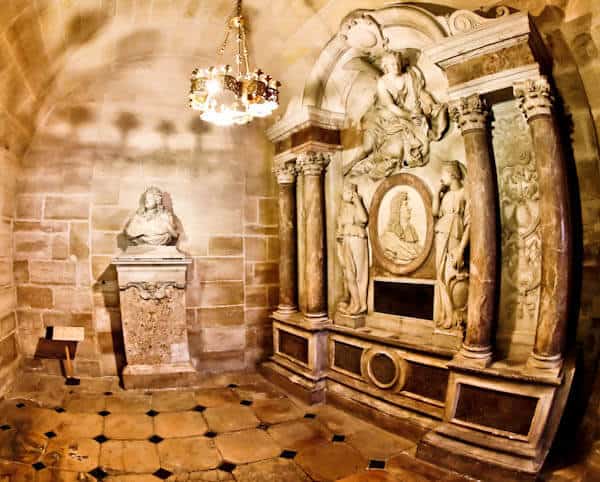 King Louis XIV is arguably the most famous French king and reigned for over 72 years.  As a result he’s one of the longest reigning monarchs in not only France but the whole world.  Additionally, France was very prosperous under his reign and conquered much of Europe.  Lastly, he is the king who created the Palace of Versailles. 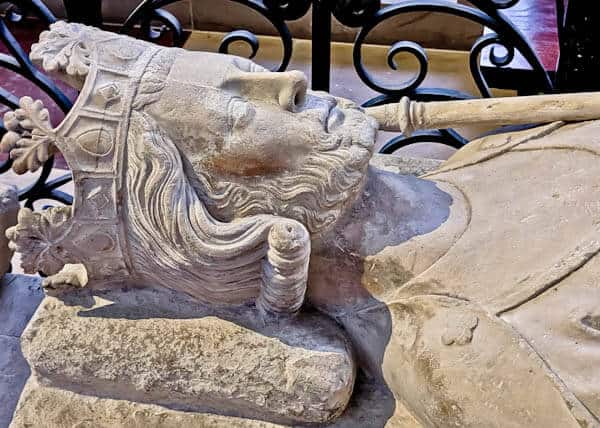 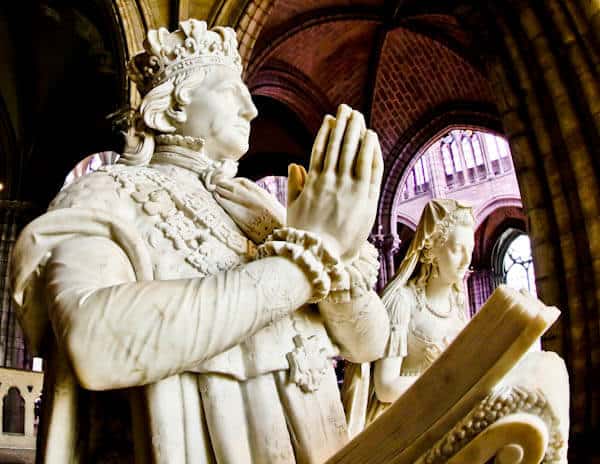 Who was the last king of France?  Louis XVI was the last king from 1774 – 1792.  Shortly afterwards he was killed by guillotine.  His wife was Marie-Antoinette, Archduchess of Austria.  Their praying statues are perhaps the most striking in the basilica. 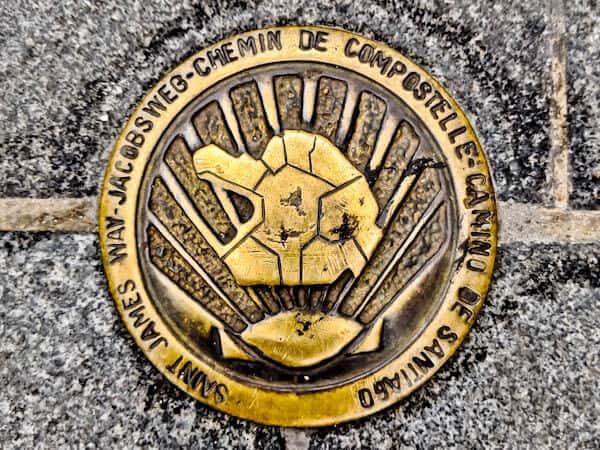 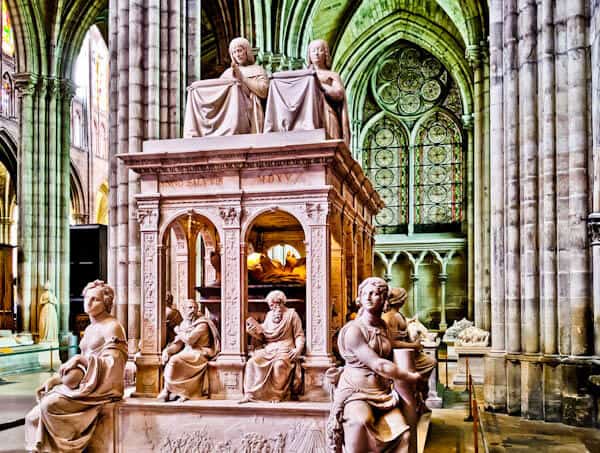 There are a lot of unique royal tombs to see in a relatively small space.  Nonetheless, there are very few tourists therefore you can explore without distraction.  In addition, not much walking is required.  It even has its own Metro station called Basilique Cathedrale de Saint Denis.  Enjoy your visit and if you’re a football fan why not combine your visit with the nearby Stade de France.  Finally, buy your skip the line ticket online in advance.

To see what I consider the most beautiful place in Paris, visit Sainte Chapelle.  Alternatively, take a hot air balloon ride in Paris for aerial city views.